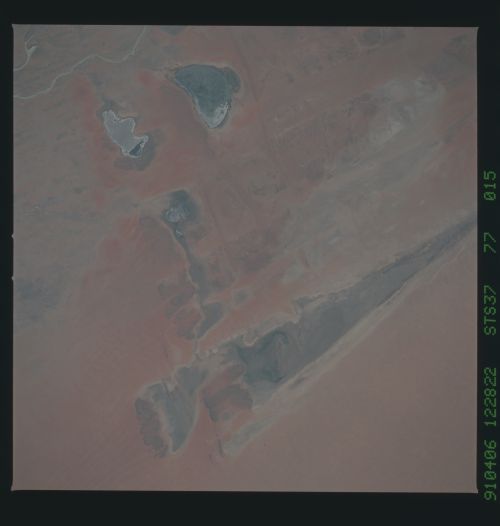 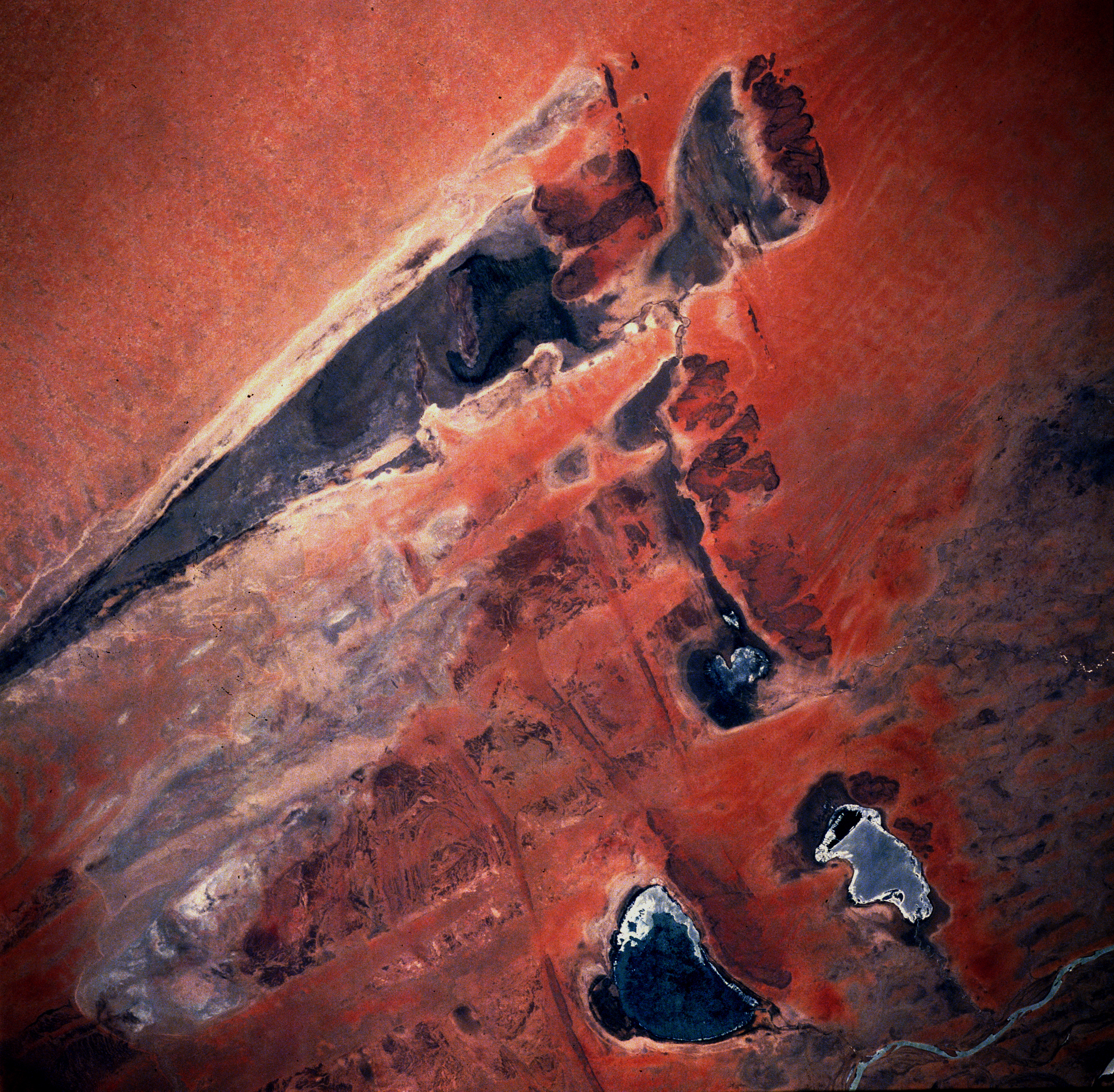 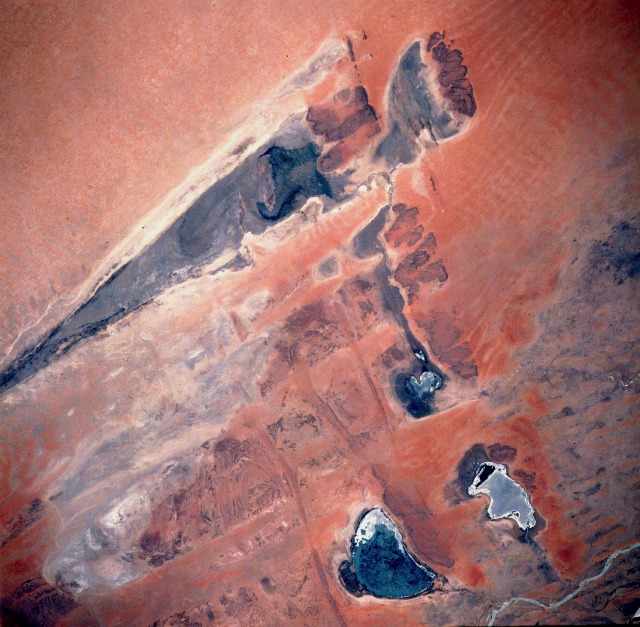 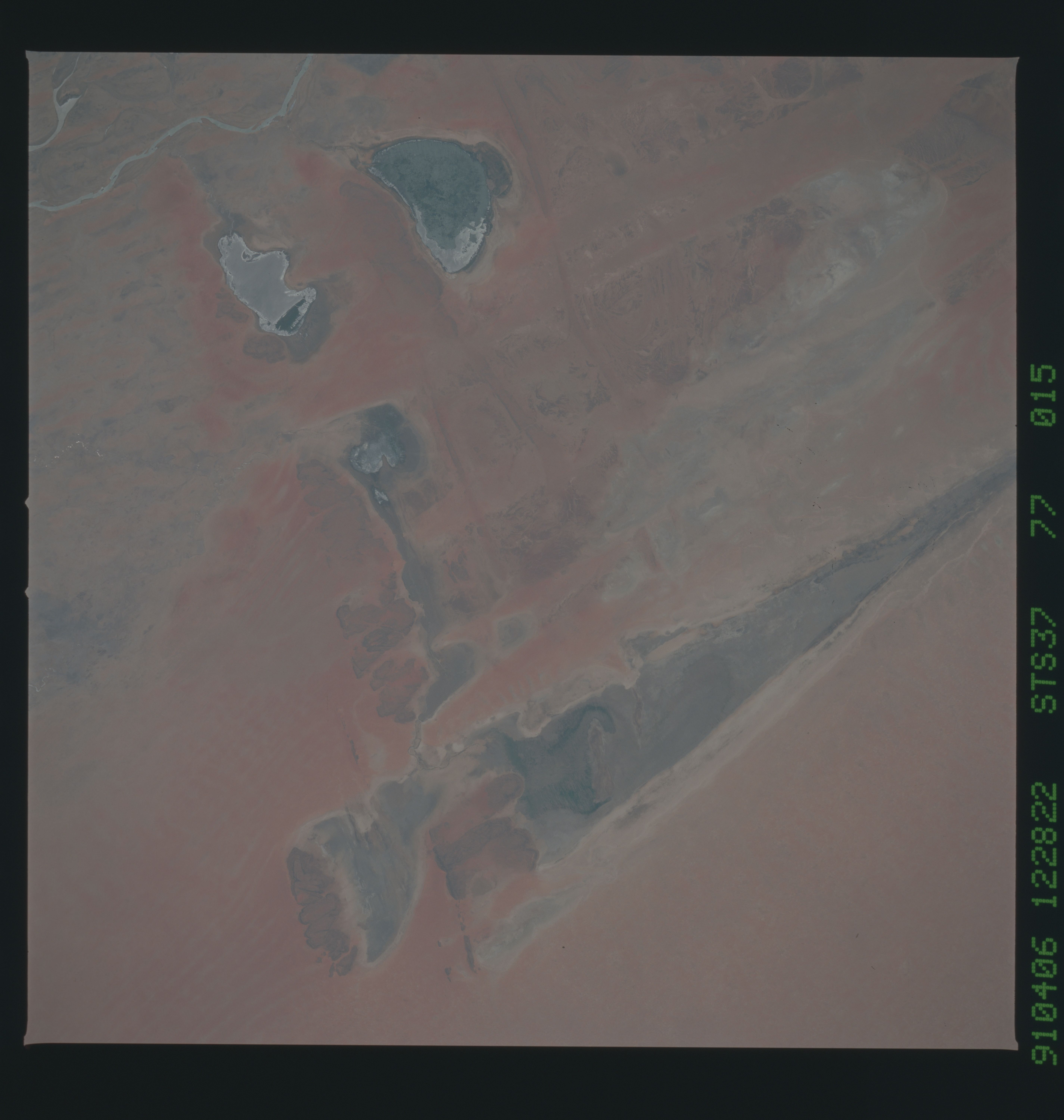 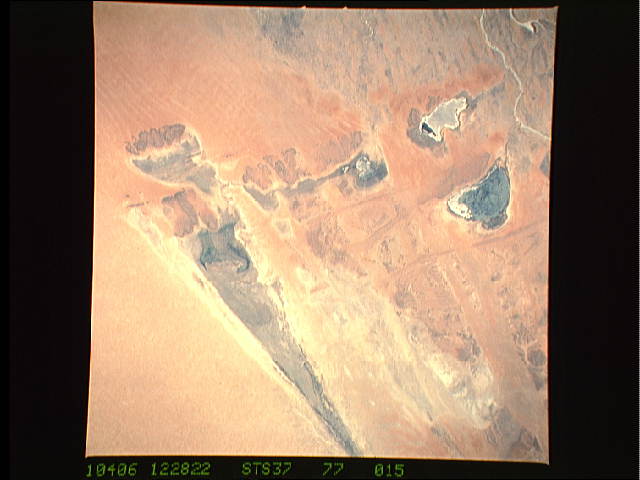 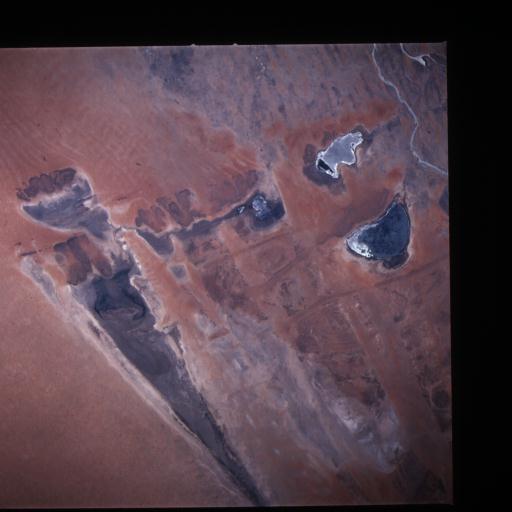 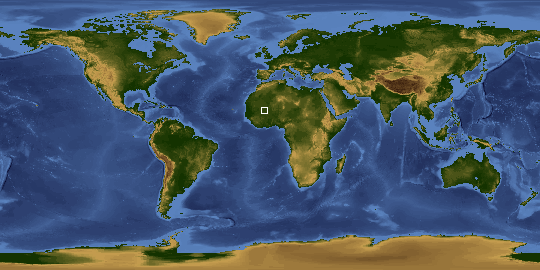 Other options available:
Download Packaged File
Download a Google Earth KML for this Image
View photo footprint information
Download a GeoTIFF for this photo
Image Caption: STS037-077-015 Lake Faguibine, Mali April 1991
The five lakes in this low-oblique photograph comprise the northernmost extent of the inland delta of the Niger River in central Mali--distinctive Faguibine, very angular and spear-shaped; Komango, immediately east of Lake Faguibine; elongated, north-south-oriented Tele; kidney-shaped Oro; and Fati. Each lake has a channel connecting it with the more extensive inland delta; very little open water can be seen in any of the lakes. Some speculation exists about the formation of these lakes, but the most plausible explanation focuses on wind erosion. Recognizing that the prevailing wind direction is from the northeast and that elevated ridges of apparently more resistant rock outcrops lie northeast of each lake, it seems reasonable that the wind blowing over these ridges produced troughs by the scouring effect on the leeward side of the ridges. In the recent past, these troughs (now called lakes) filled with water, probably when the Niger River flooded. This entire area is part of the southern Sahara Desert; therefore, rainfall amounts are generally less than 4 inches (10 centimeters) annually. This region of Africa is suffering from a prolonged drought that extended from the late 1970s through the mid-1990s. A small section of the Niger River is visible at the southeastern corner of the photograph.