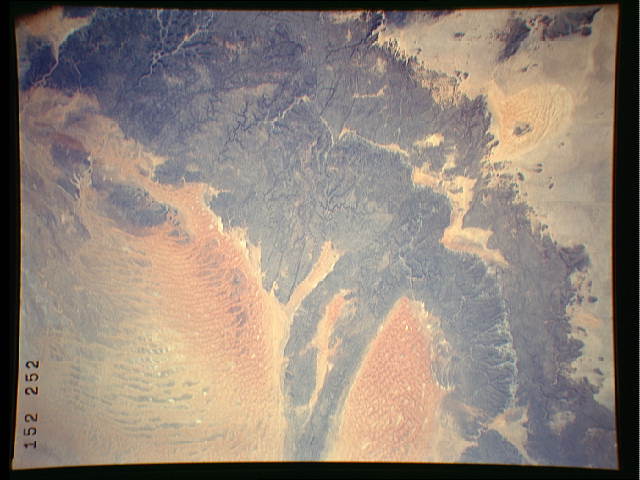 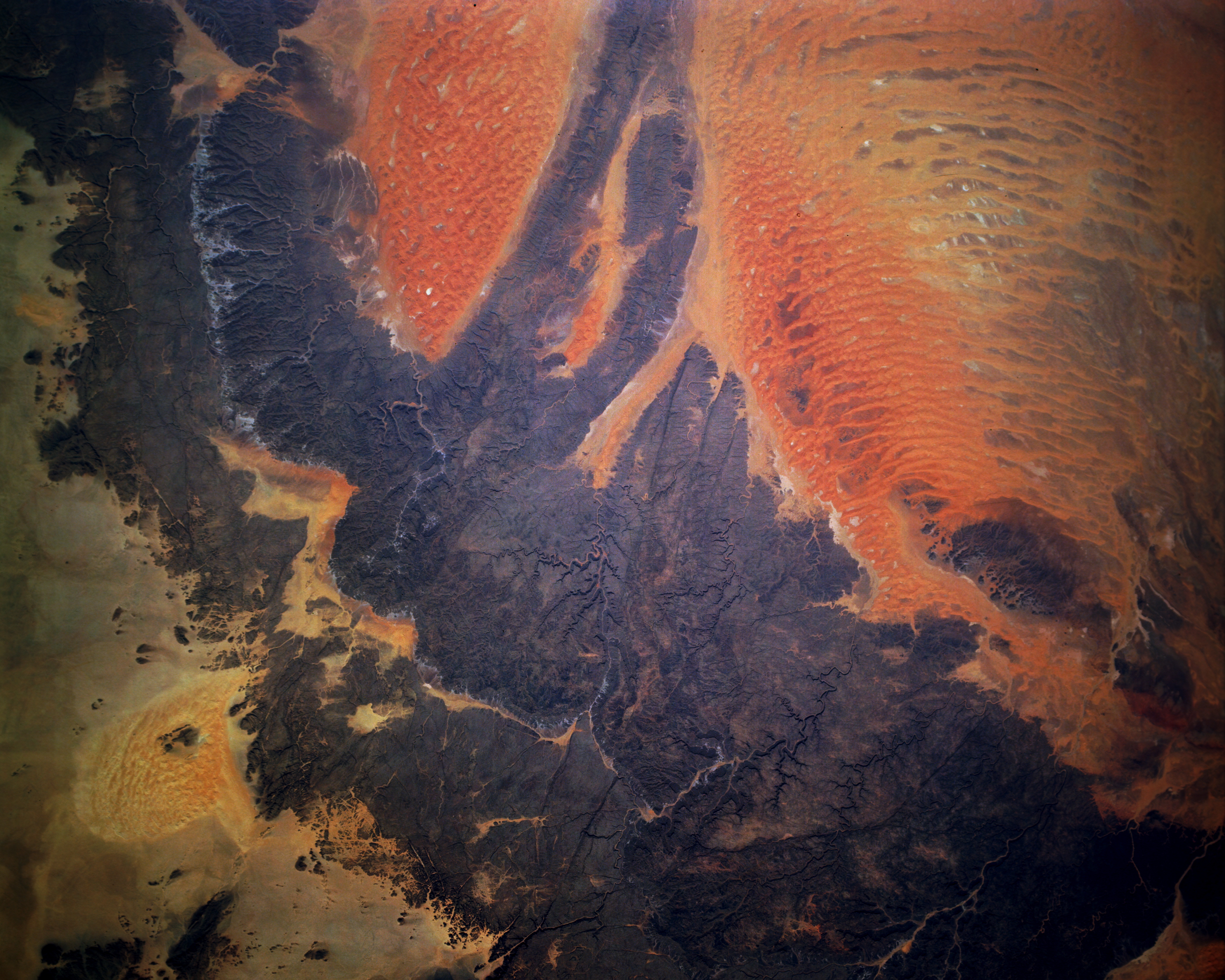 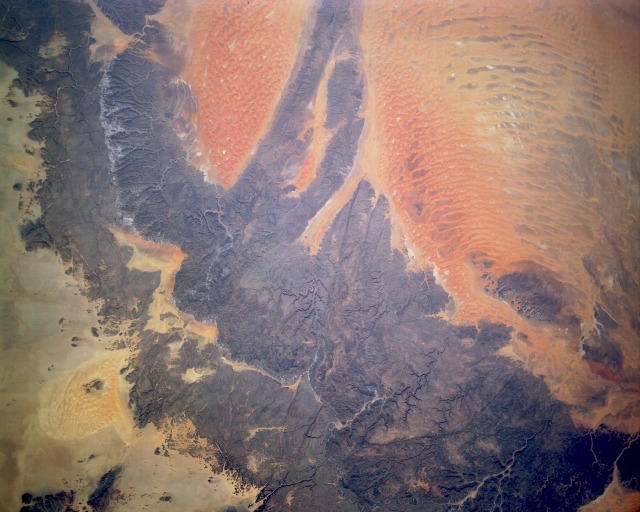 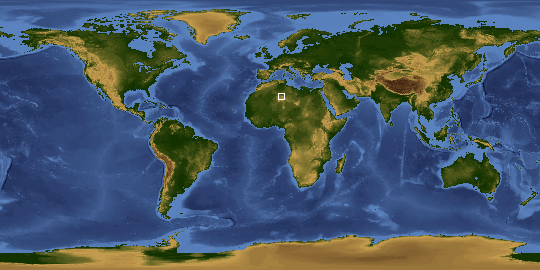 Other options available:
Download Packaged File
Download a Google Earth KML for this Image
View photo footprint information
Image Caption: STS036-152-252 Tassili-N'-Ajjer (Plateau), Algeria March 1990
The Tassili-N'-Ajjer, located in southeastern Algeria and considered part of the northern Sahara Desert, is a series of eroded sandstone plateaus (darker gray areas). Within these sandstone plateaus are numerous narrow, steep-sided valleys and ravines. These desert rocks have been described as ranging in color from dull red to black, depending on the level of oxidation that has occurred and the level of metallic oxides deposited on the surface of the rocks. Several smaller sand seas, most notably the triangular Tifernine Dunes, can be seen toward the western part of the photograph. Both the Tifernine Dune field and the larger area of dunes to the east result from complex wind regimes that prevail throughout this arid region that receives less than 4 inches (10 centimeters) of precipitation per year. (Refer to photograph STS-070-705-094 for more detailed information on the Tifernine Dunes.)