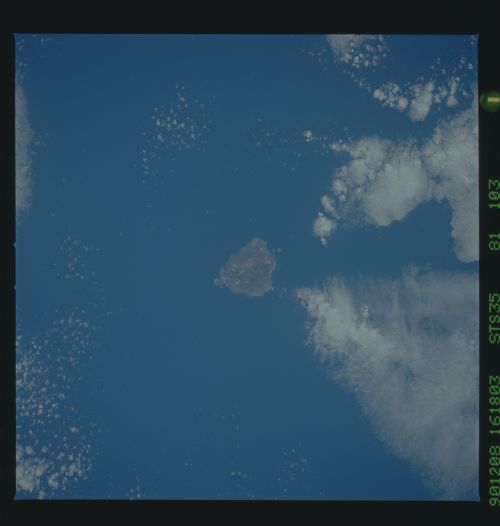 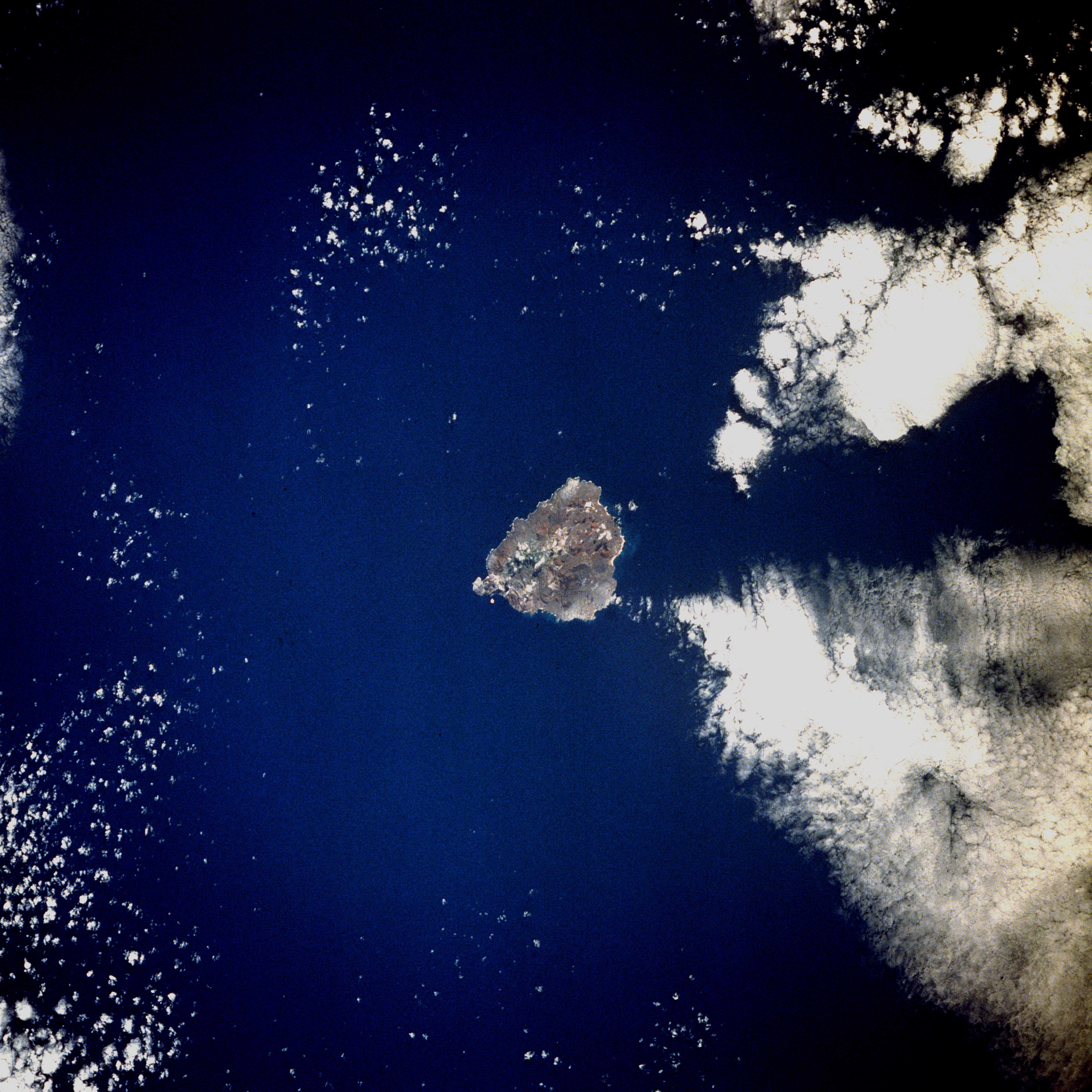 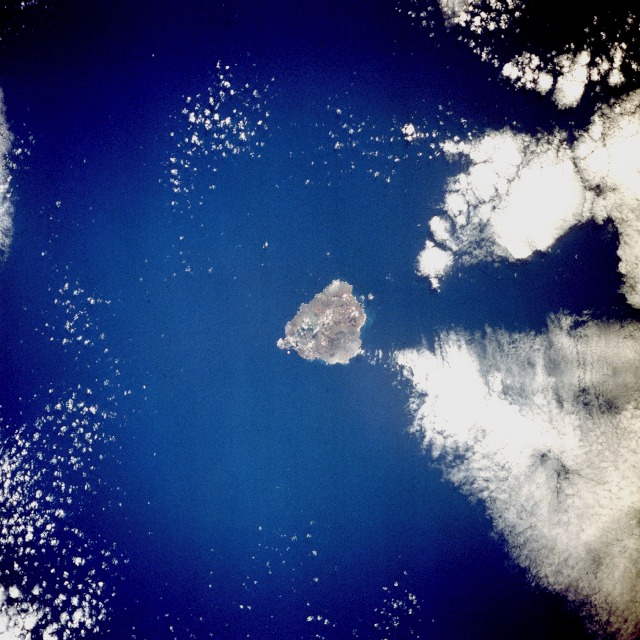 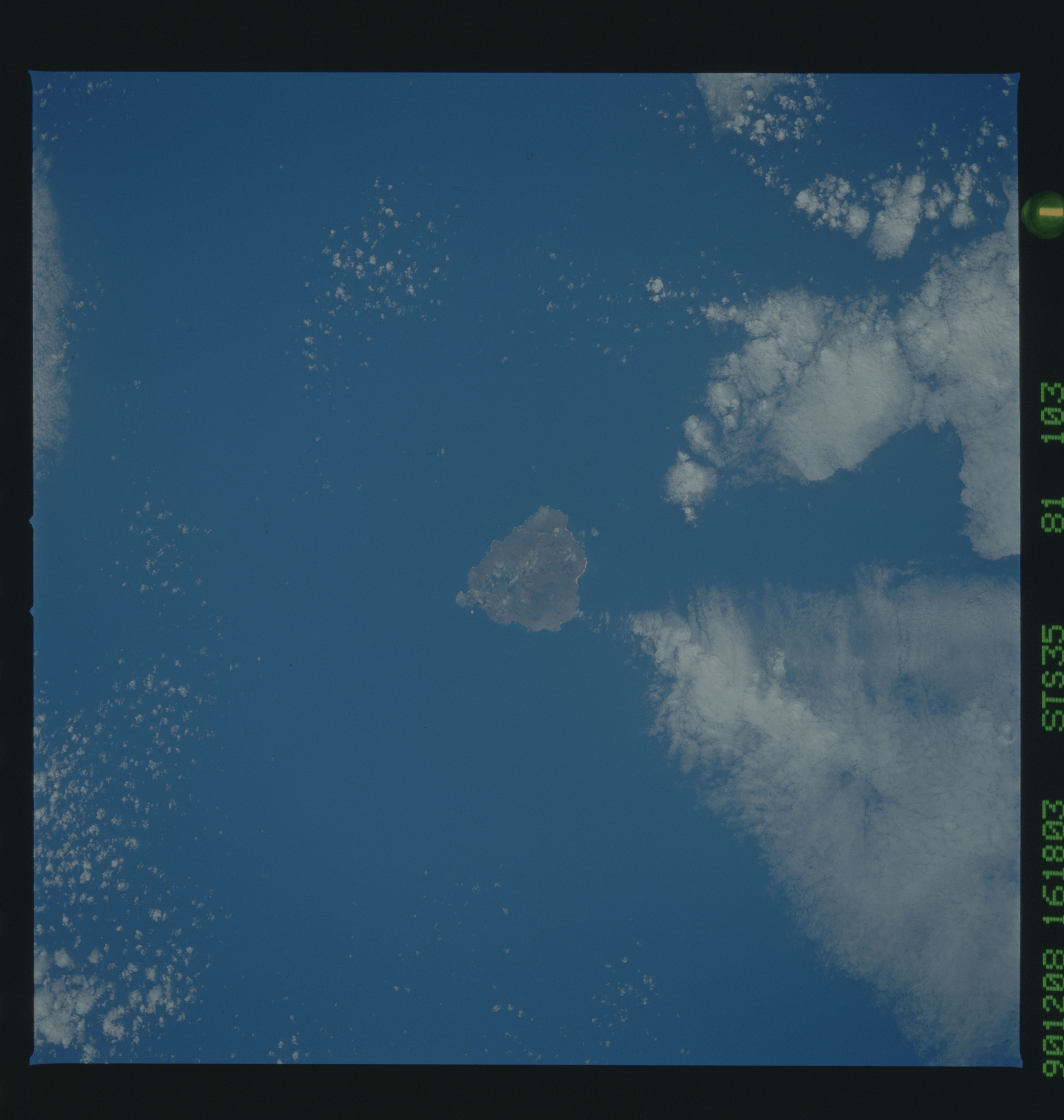 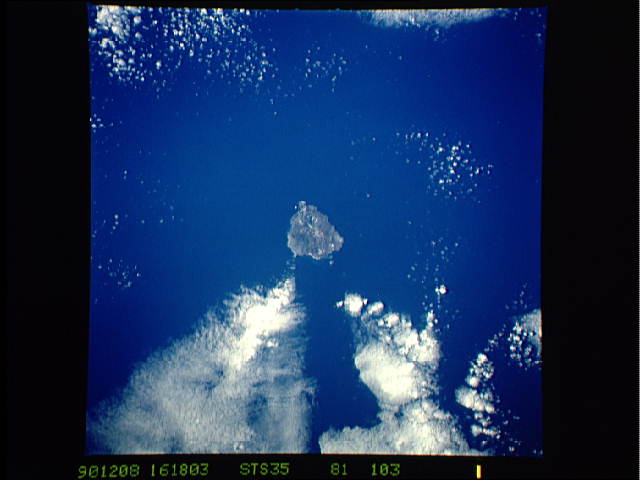 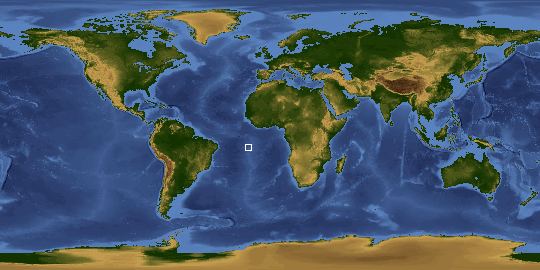 Other options available:
Download Packaged File
Download a Google Earth KML for this Image
View photo footprint information
Image Caption: STS035-081-103 Ascension Island, Atlantic Ocean December 1990
Located in the middle of the south Atlantic Ocean, Ascension Island (latitude 8 degrees south) is one of the few surface manifestations of the Mid-Atlantic Ridge. A British possession populated by fewer than 1000, this small volcanic island measures approximately 9 miles (14 kilometers) in length and 6 miles (10 kilometers) in width. The highest point on the island, Green Mountain, which reaches 2817 feet (860 meters) above sea level, is an extinct volcanic crater located near the southeast coast. Georgetown, the only settlement, is on the west side of the island. Ascension was discovered by Portuguese navigator Joao da Nova on Ascension Day 1501, thereby providing the island its name. American engineers constructed an airfield on the island's southwest side during World War II, and the facility was used as a refueling base for selected transatlantic flights.