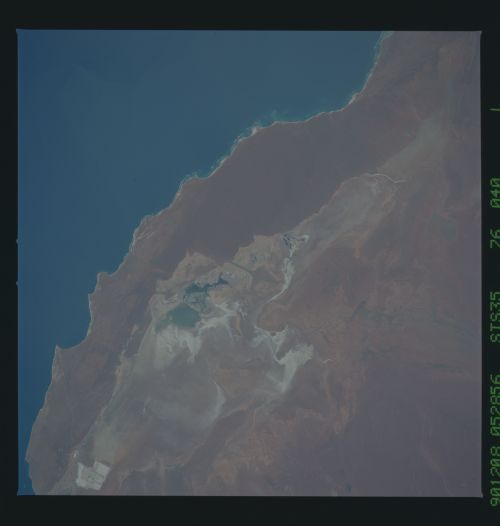 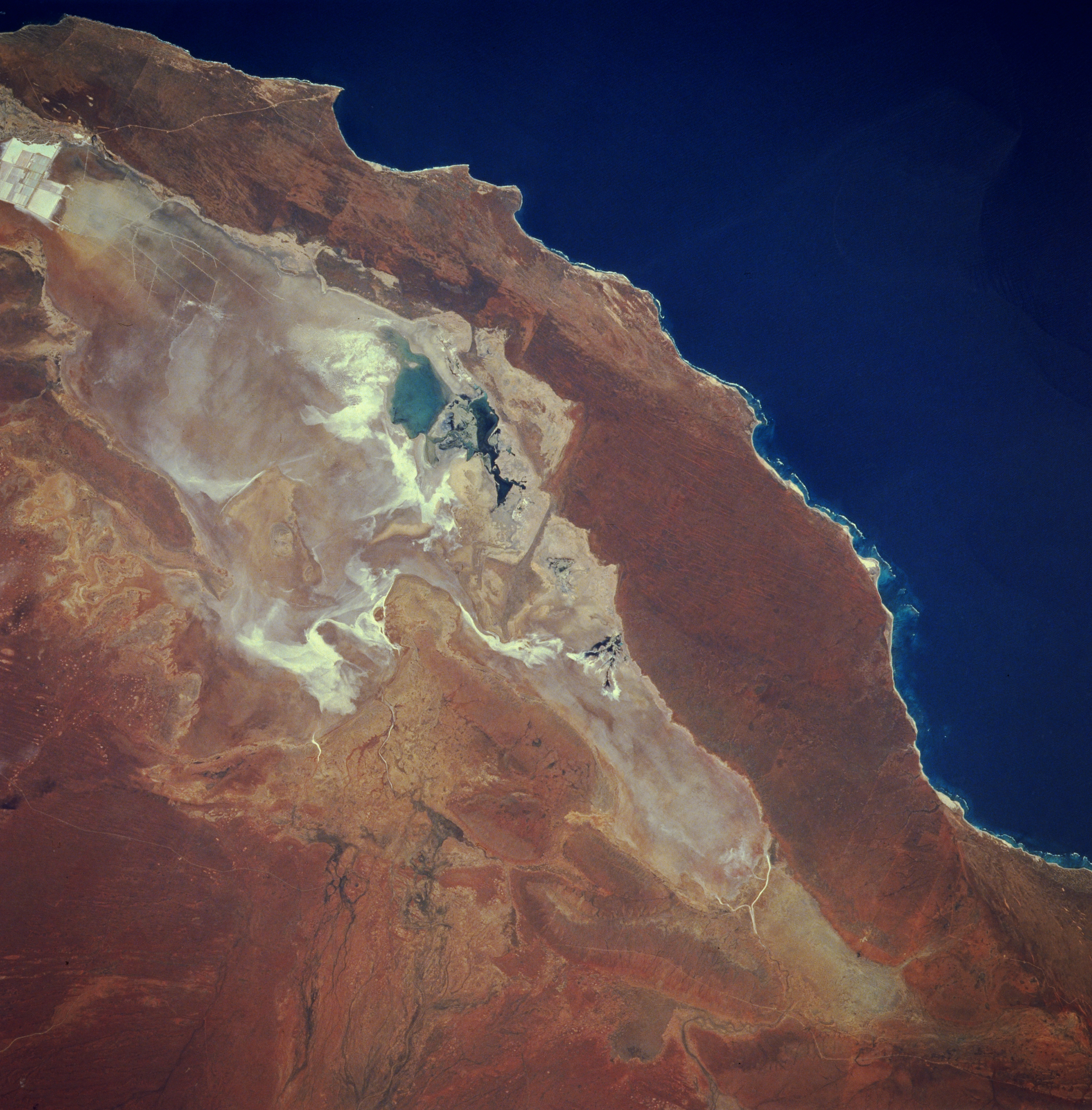 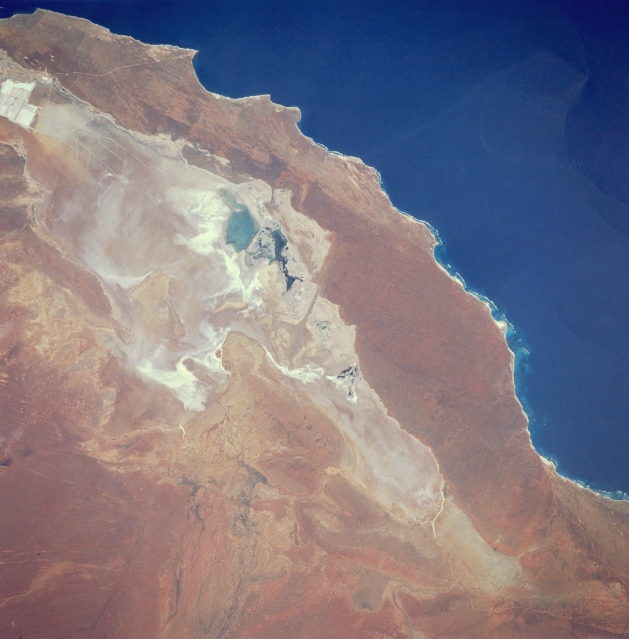 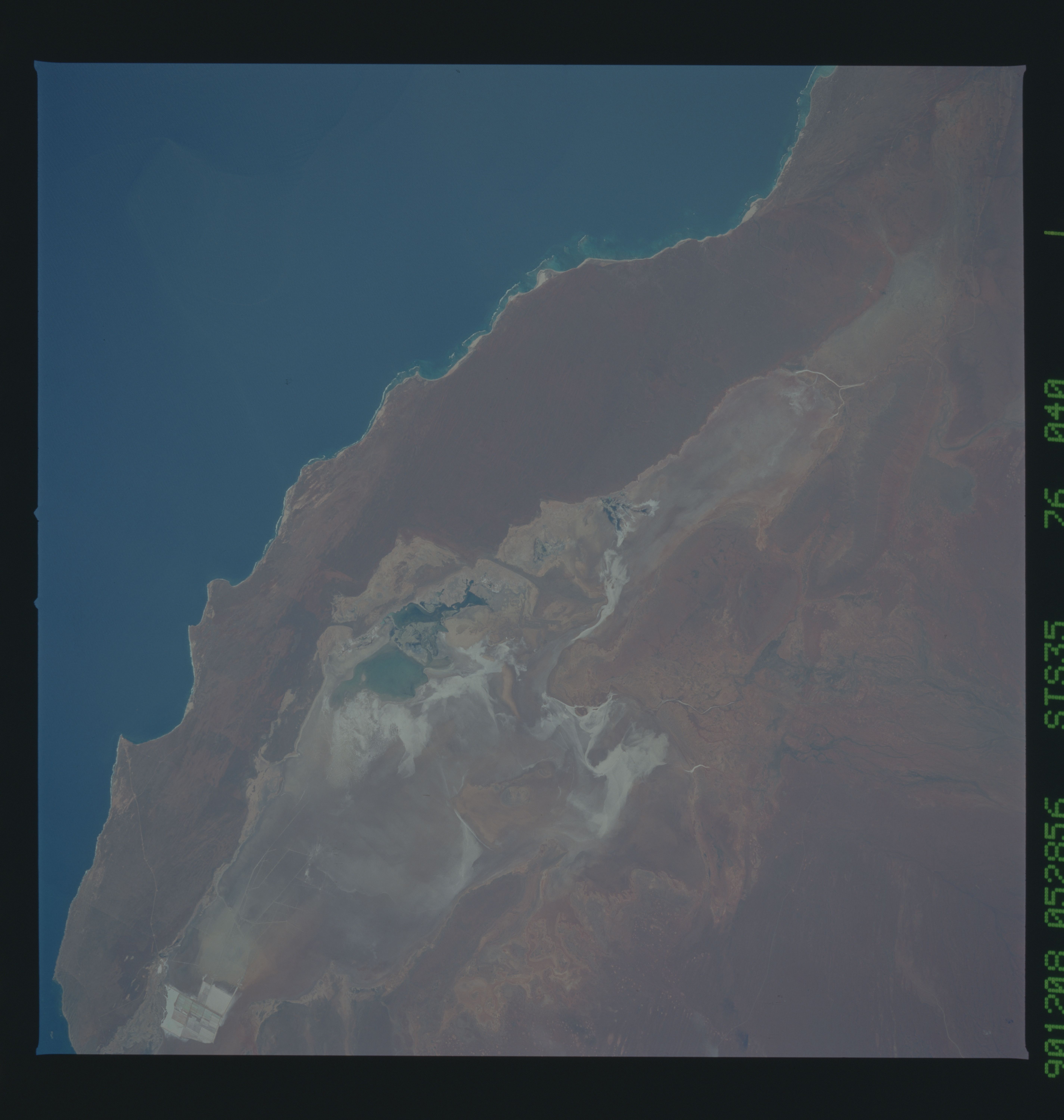 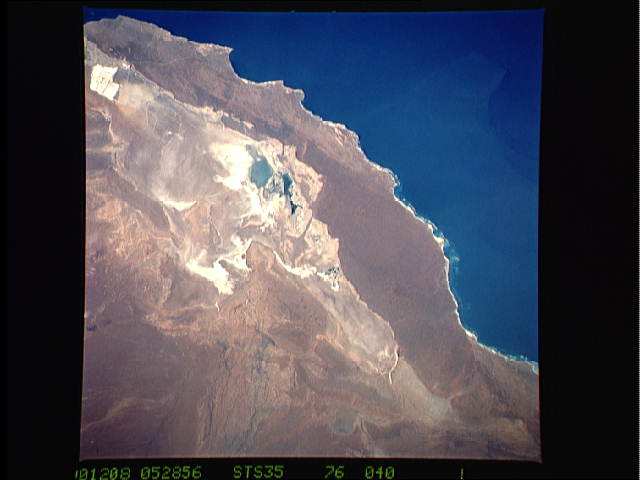 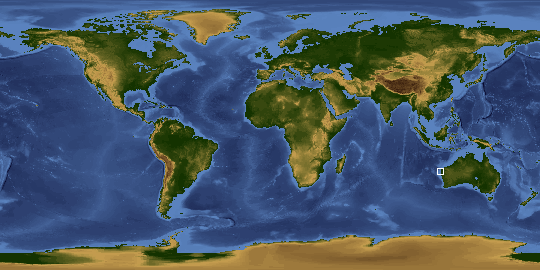 Other options available:
Download Packaged File
Download a Google Earth KML for this Image
View photo footprint information
Image Caption: STS035-076-040 Lake Macleod, West Australia, Australia December 1990
Lake Macleod, located approximately 43 miles (70 kilometers) north of the small town of Carnarvon, is normally a dry lake. At the time this photograph was taken there appears to be standing water in Lake Macleod (darker features near center of the image). Overall, the dry lake bed is a mosaic of saline alluvial plains with some shrublands and an assortment of sandy ridges, clay flats, and grasslands on and between red sand dunes. The light colored rectangular patterns (bottom left) are areas where salt mining operations are in progress. The southern end of Lake Macleod has been producing various quantities of salt since 1969. Much of the mined salt is exported to Pacific Rim countries.