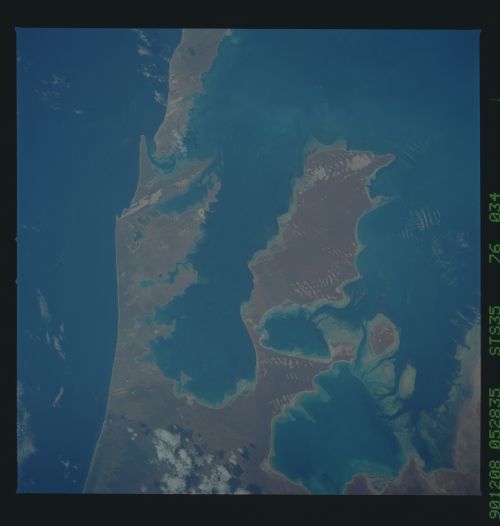 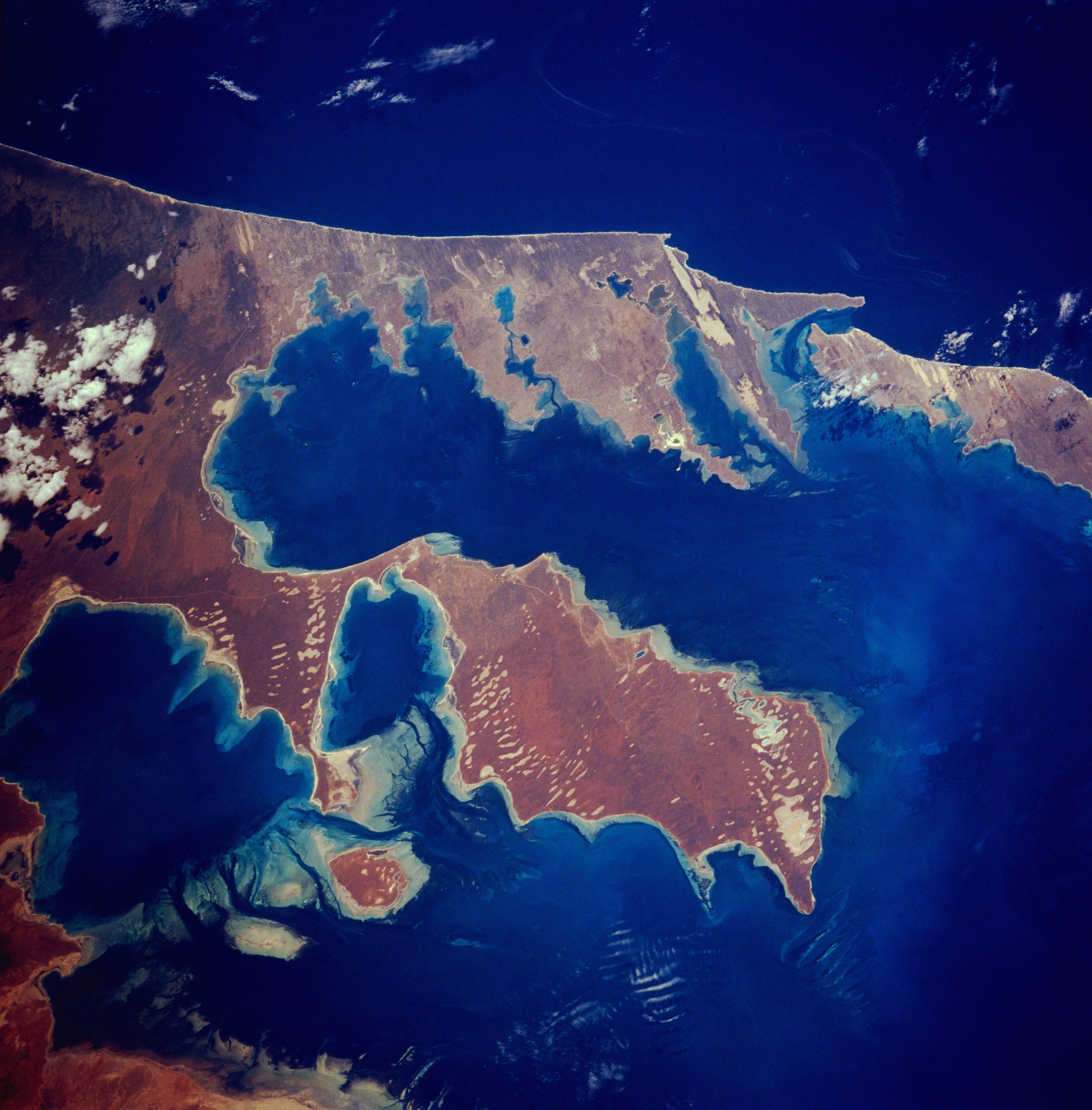 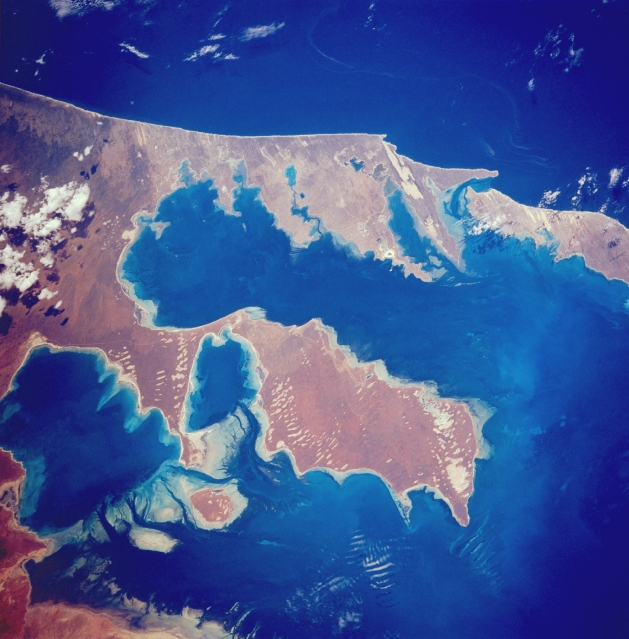 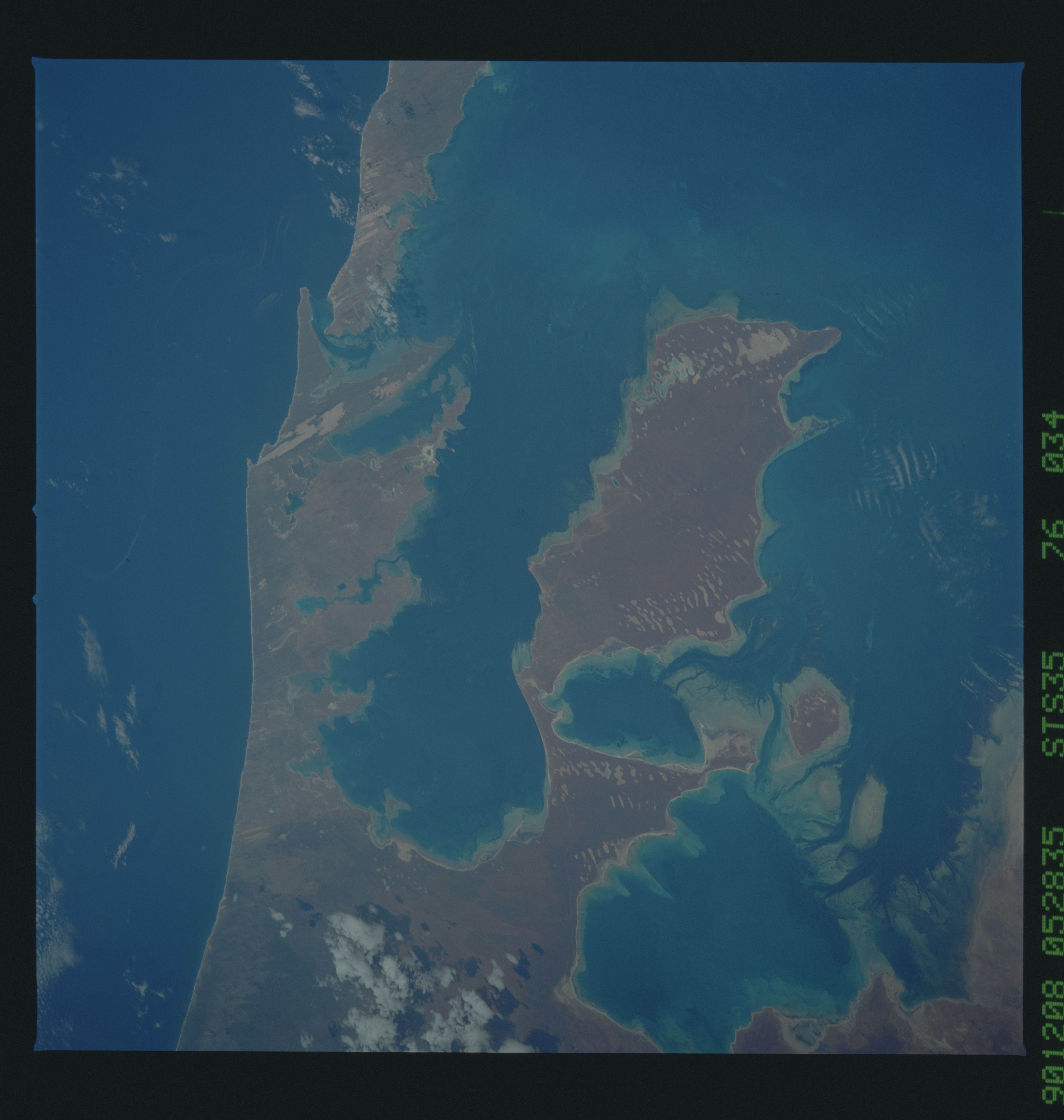 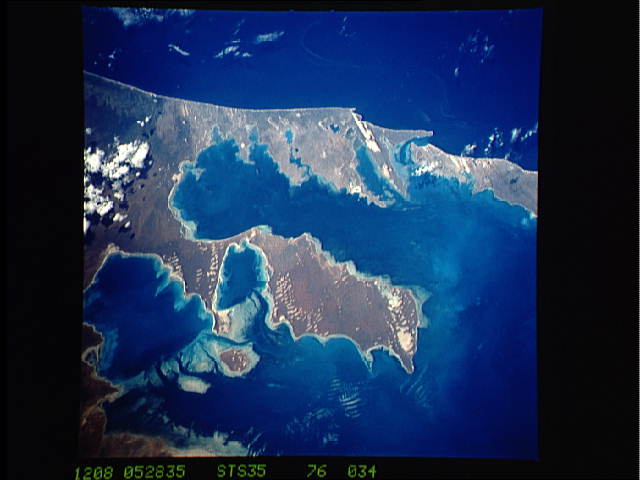 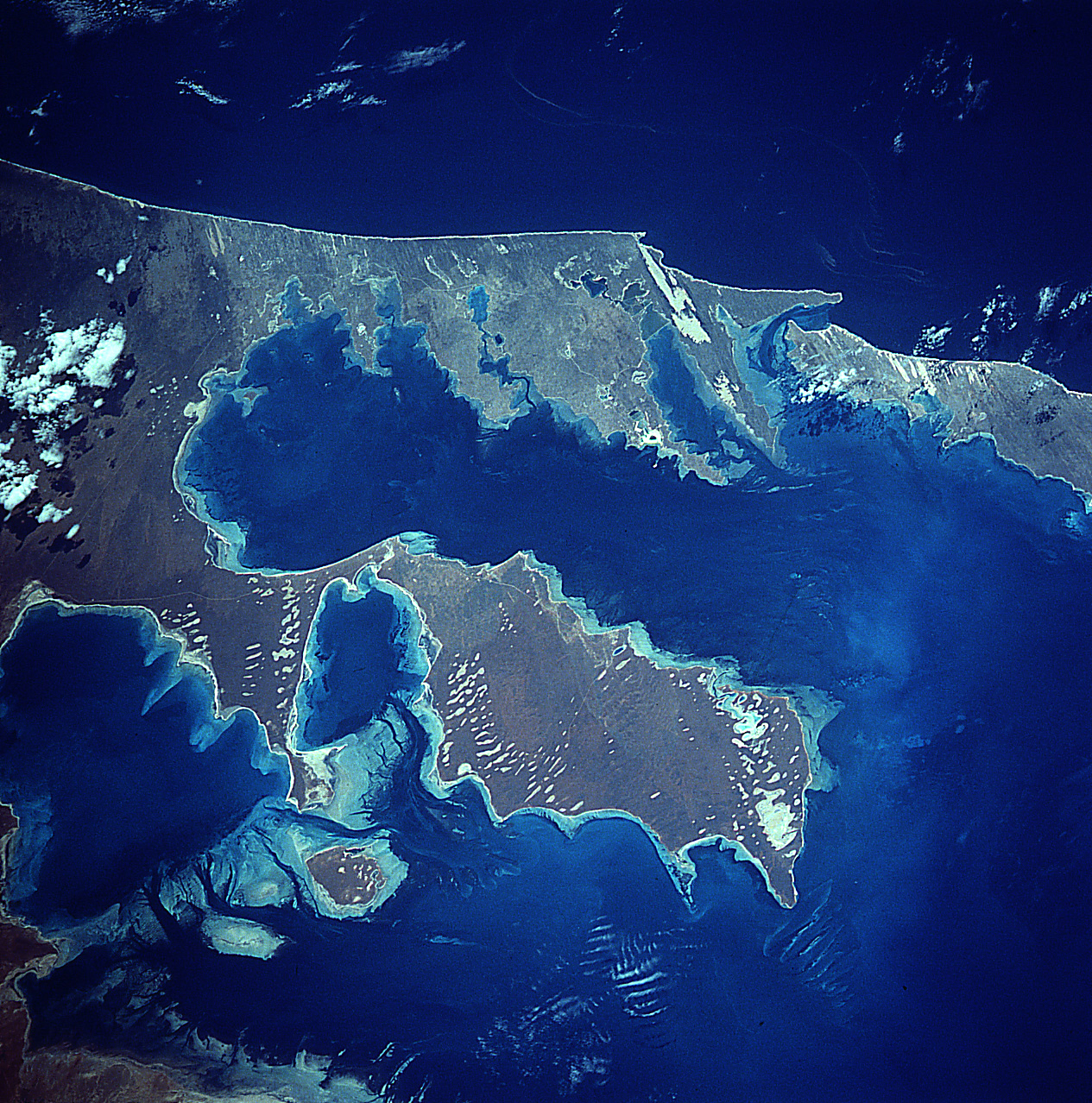 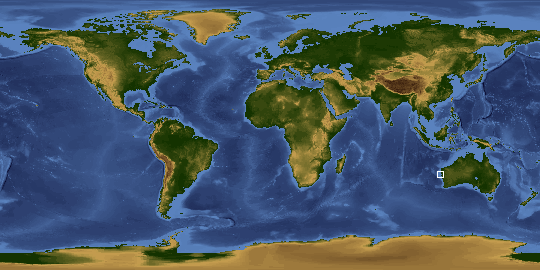 Other options available:
Download Packaged File
Download a Google Earth KML for this Image
View photo footprint information
Download a GeoTIFF for this photo
Image Caption: STS035-076-034 Shark Bay, Western Australia, Australia December 1990
Numerous coves, estuaries, and peninsulas are featured in this close-up view of the southern half of Shark Bay. Dirk Hartog Island, partially visible along the right edge of the image, is the westernmost point of land in Australia. The deep blue water of the Indian Ocean (top of picture) shows a greater depth of water versus the shallower bottom that can be seen in various parts of Shark Bay. Peron Peninsula is the piece of land (center of picture) that is barely connected to the mainland by a narrow isthmus. Individual water features in the image include Disappointment Reach (east of Peron Peninsula); Hamelin Pool (lower left); and Denham Sound and the Freycinet Estuary on the west side of Peron Peninsula. Known worldwide as a site that has exceptional, natural beauty, Shark Bay is one of Australia's famous world heritage sites and is also home to one of the world's last surviving population of dugongs which feed on seagrasses in the bay. The lighter colored strips along the shoreline are sand dunes that provide an indication of the prevailing direction that the wind blows along the coast.