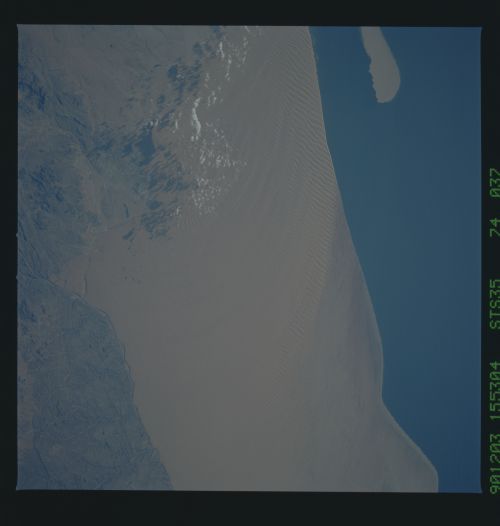 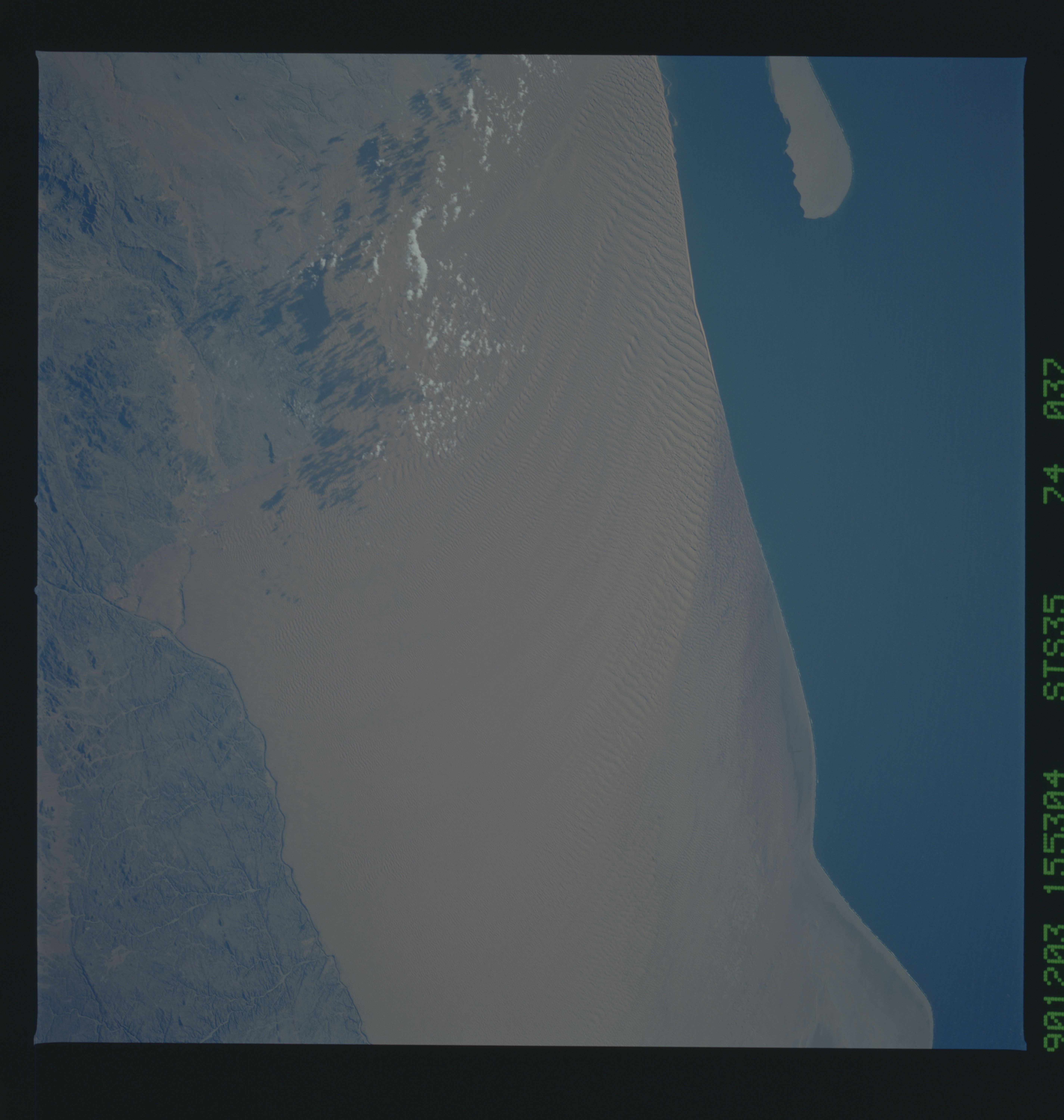 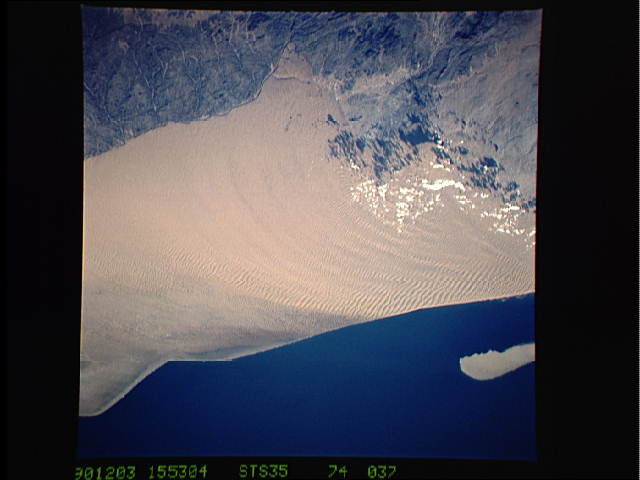 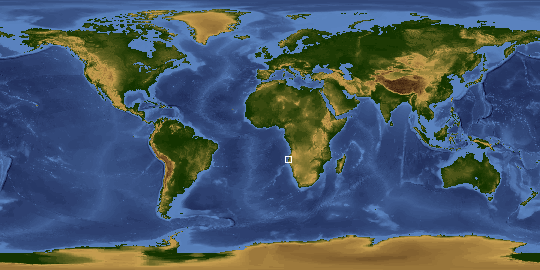 Other options available:
Download Packaged File
Download a Google Earth KML for this Image
View photo footprint information
Image Caption: These lines of sand dunes in the Mocamedes Desert, Angola, Africa (16.0S, 12.0E), make a festoon pattern as they curve inland from the coast. Beach sand is blown inland by very strong southerly winds giving rise to lines of dunes, the crests of which have a ribbed appearance. The reason for the inland curve of the winds is not known but the effect can bve observed at the mouths of most of the major valleys along the Namib coast to the south.