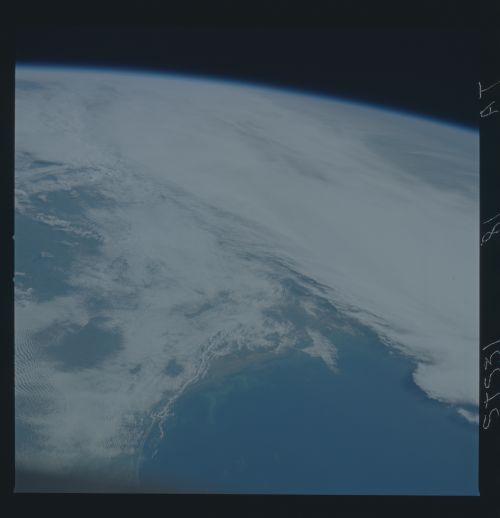 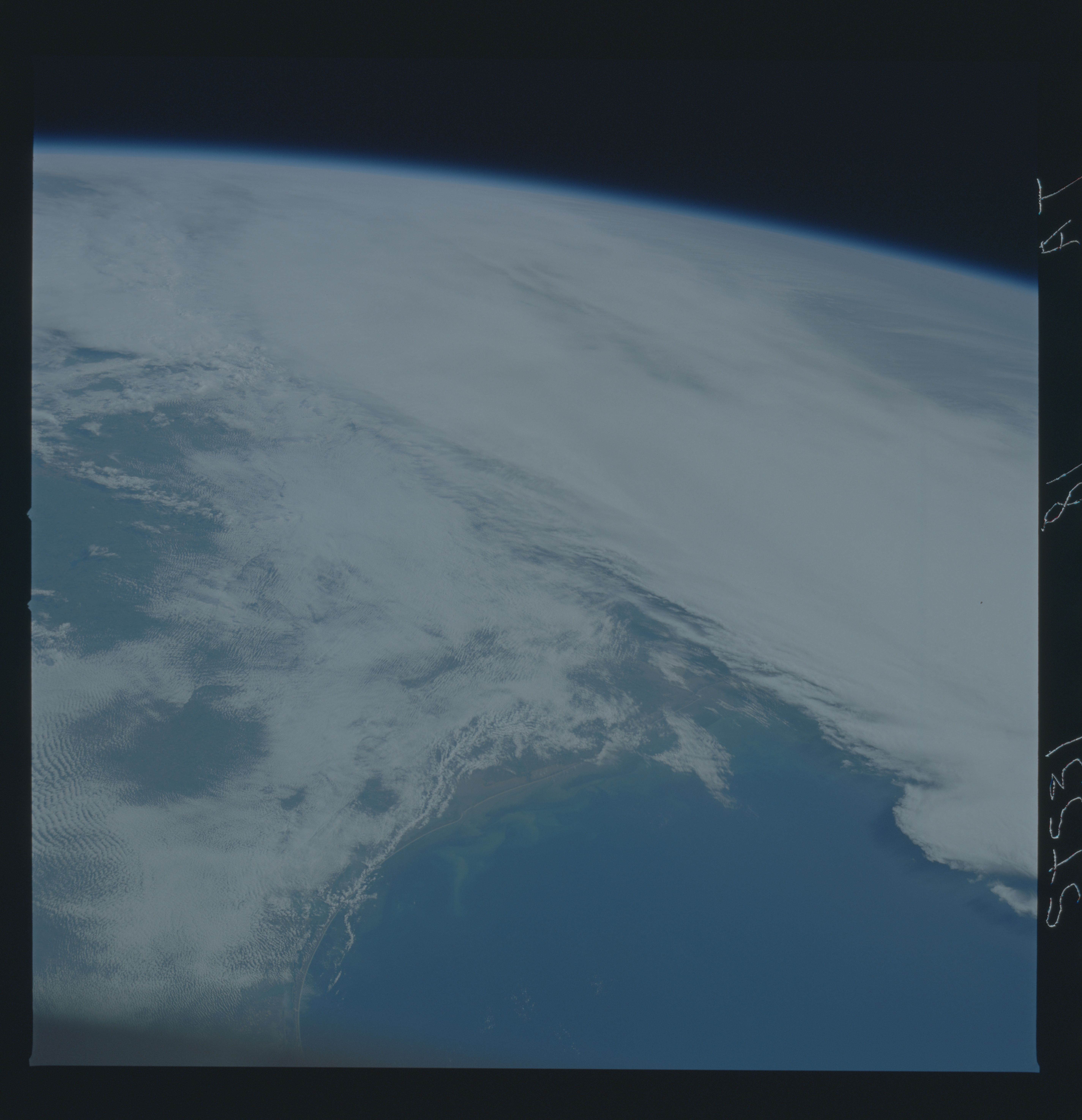 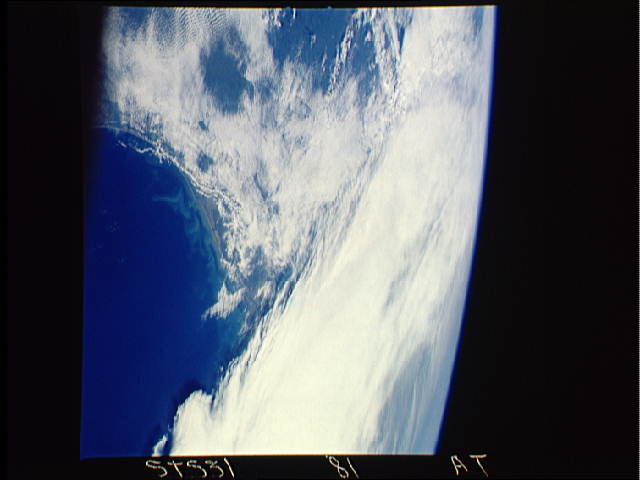 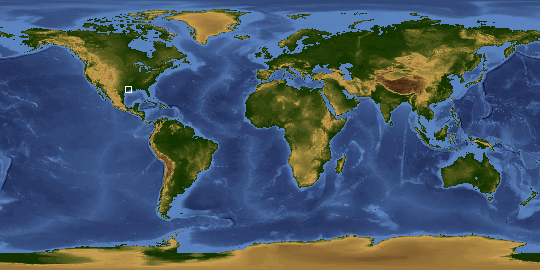 Other options available:
Download Packaged File
Download a Google Earth KML for this Image
View photo footprint information
Download a GeoTIFF for this photo
Image Caption:
Gulf Coast storm over Louisiana (S31-81-AT). This photograph,
taken approximately 24 hours after Figure 13, shows the same
storm system after it travelled eastward over southwestern
Louisiana, clearing the Texas Coast. Extensive wave clouds to the
west of the storm are evident in the low-level morning stratus
left in the wake of this major complex. Large sediment plumes,
the result of heavy rains in Texas, extend into the Gulf of Mex-
ico from the coast.

This thunderstorm along the Texas Gulf Coast (29.0N, 95.0W), USA is seen as the trailing edge of a large cloud mass formed along the leading edge of a spring frontal system stretching northwest to southeast across the Texas Gulf Coast. This system brought extensive severe weather and flooding to parts of Texas and surrounding states. Muddy water discharging from coastal streams can be seen in the shallow Gulf of Mexico as far south as Lavaca Bay.