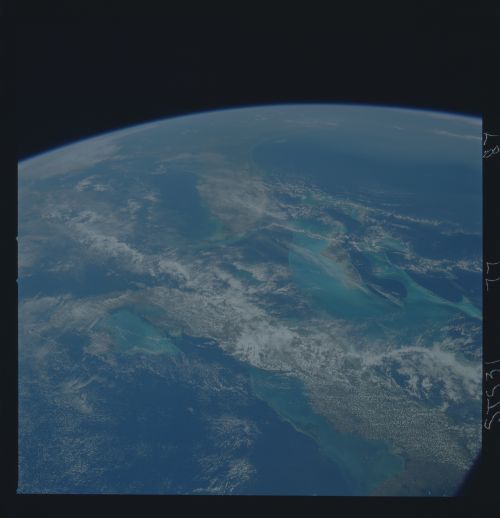 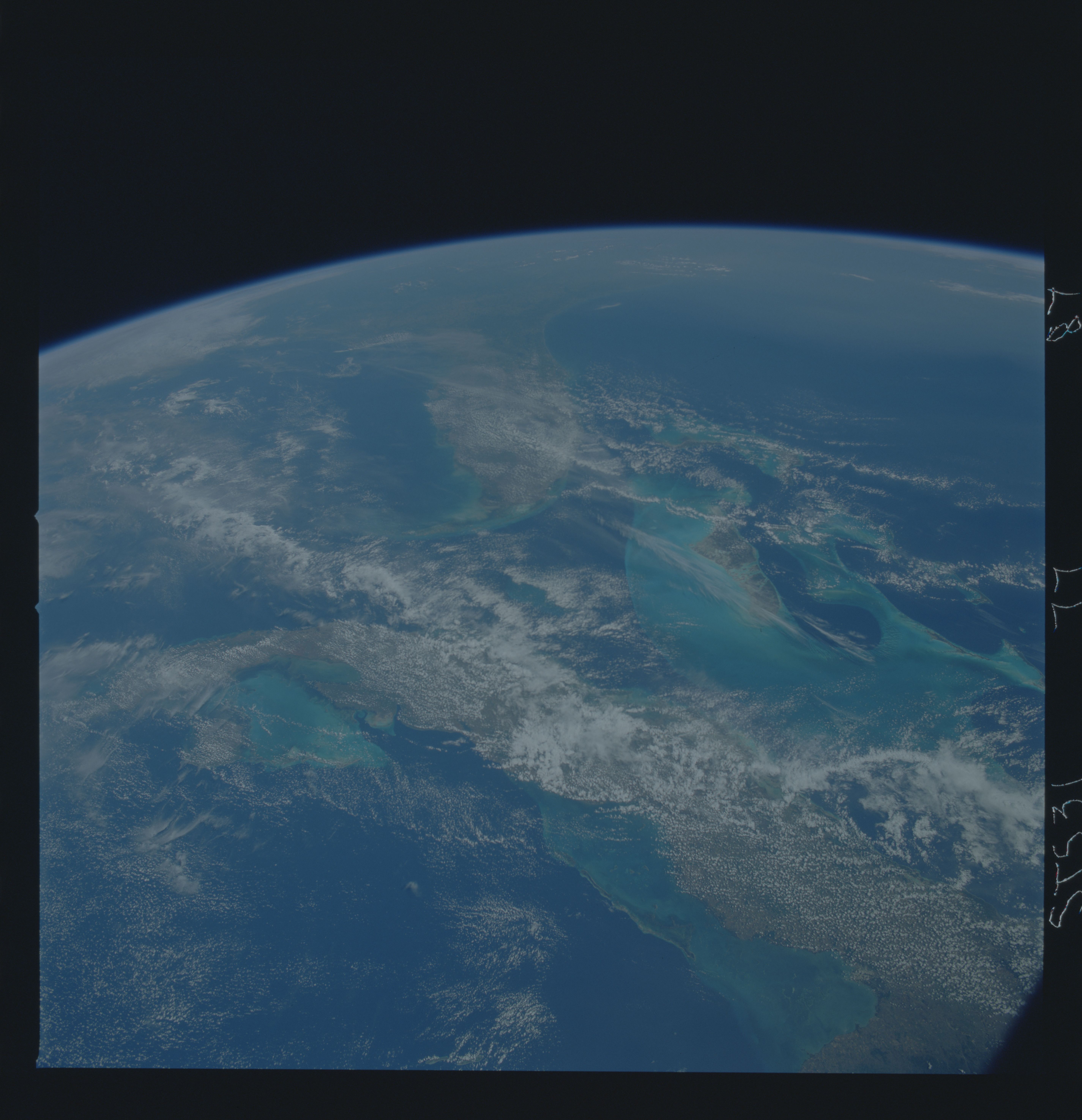 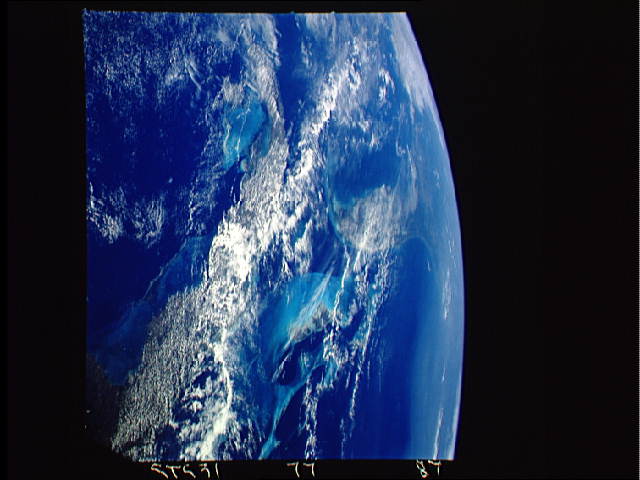 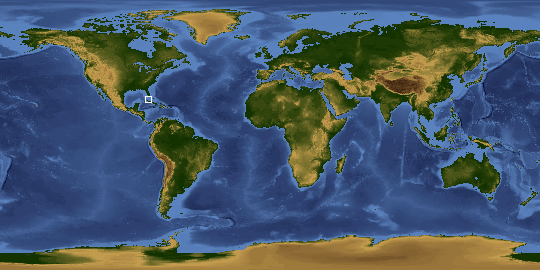 Other options available:
Download Packaged File
Download a Google Earth KML for this Image
View photo footprint information
Download a GeoTIFF for this photo
Image Caption: This decaying thunderstorm, seen as the trailing edge of a cloud mass over the Gulf of Mexico and approaching Florida, Bahamas and Cuba (24.0N, 81.0W) has lost much of its force but still dropped a considerable amount of rainfall over most of Cuba and Florida. The storm, remnants of the same front described in scene STS031-77-078, is seen as a thin front stretching northwest to southeast over the Gulf of Mexico just west of Florida.