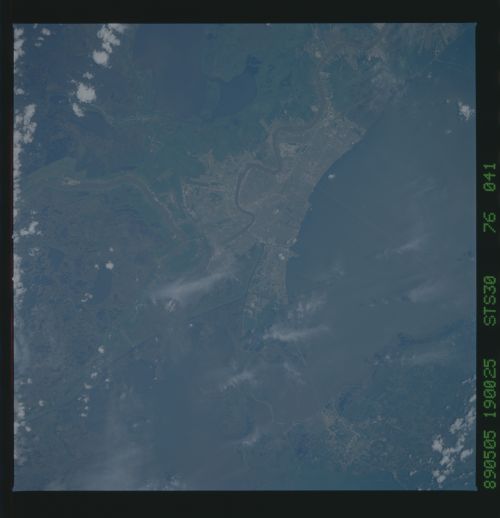 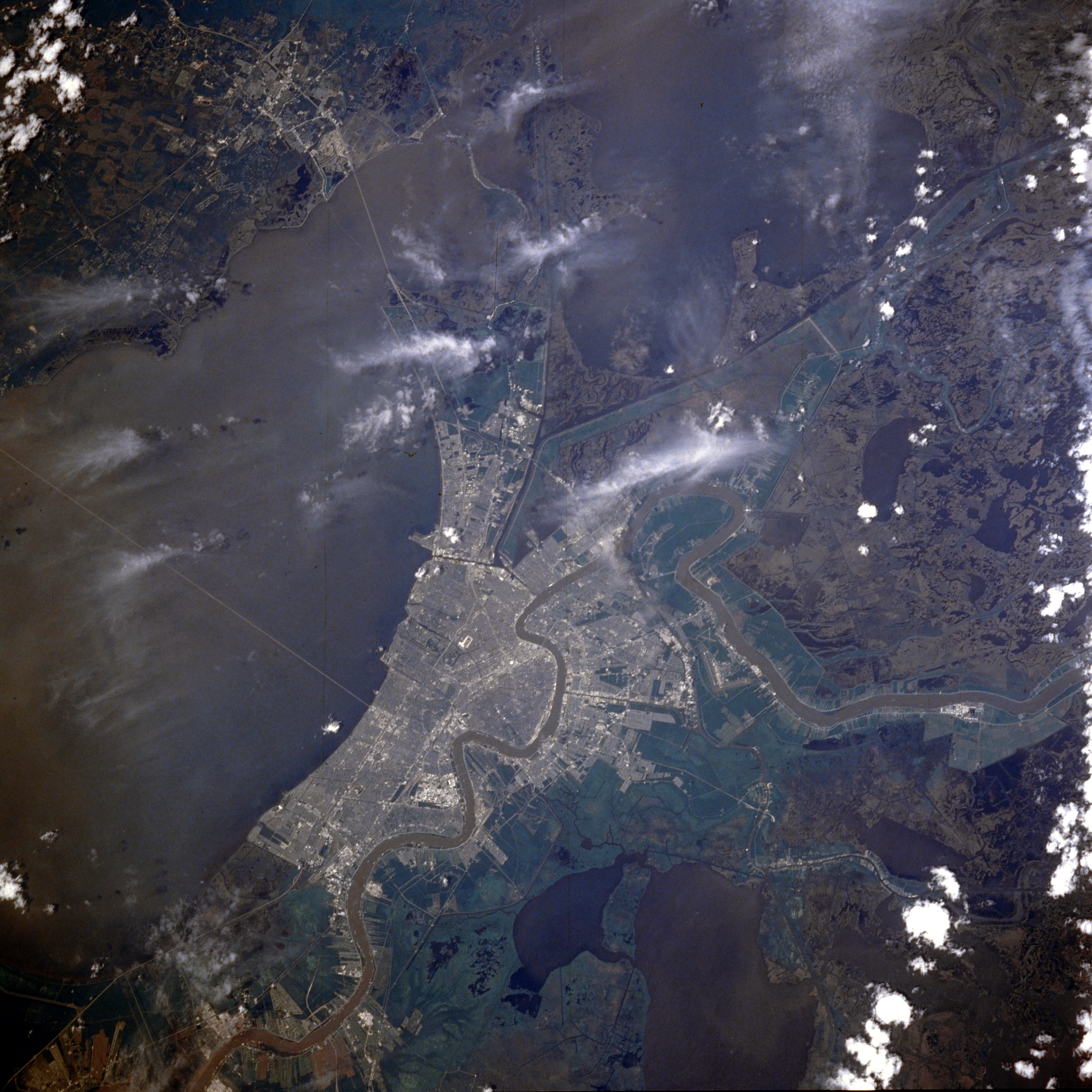 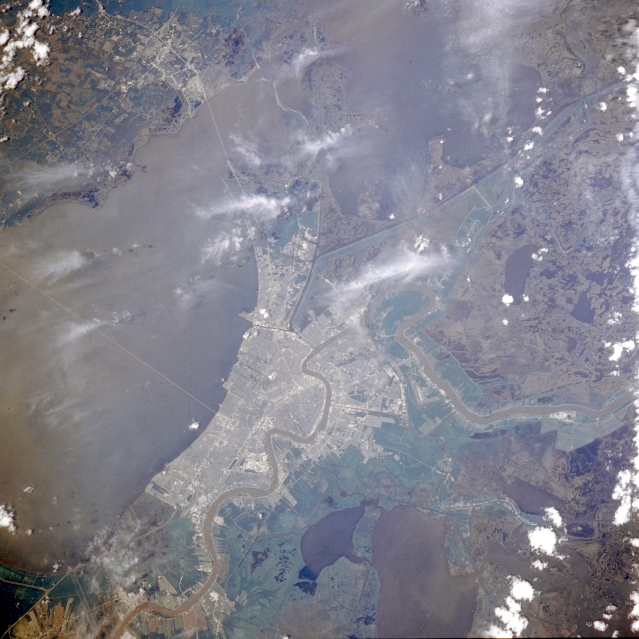 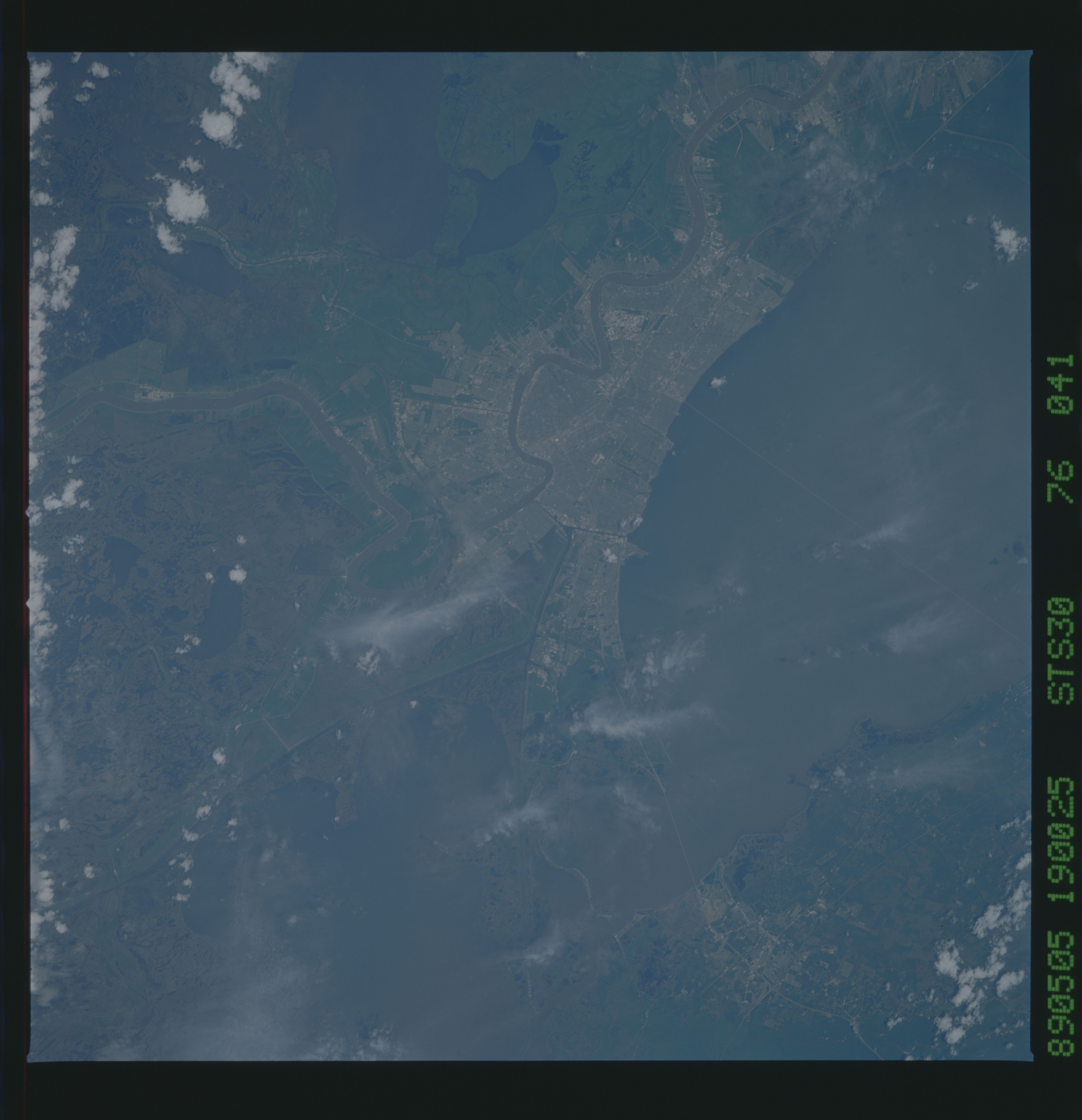 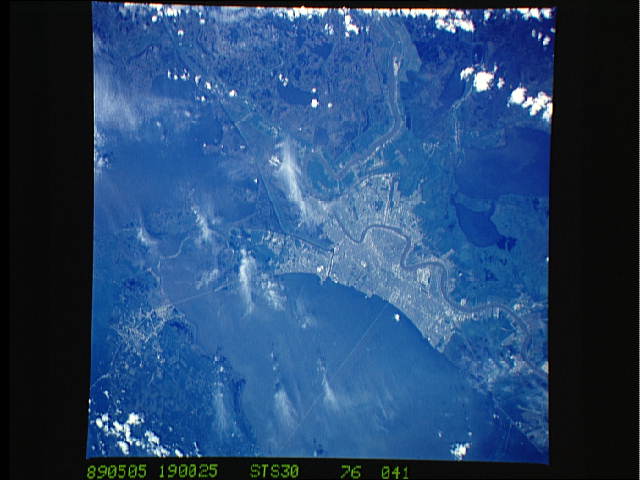 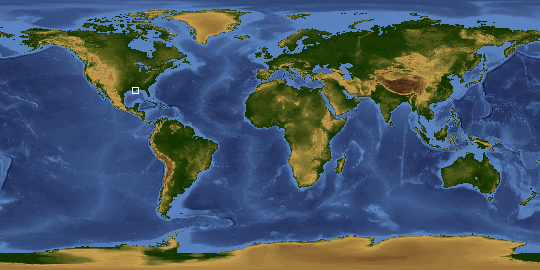 Other options available:
Download Packaged File
Download a Google Earth KML for this Image
View photo footprint information
Download a GeoTIFF for this photo
Image Caption: STS030-076-041 New Orleans, Louisiana, U.S.A. May 1989
Featured in this photograph are metropolitan New Orleans; the verdant terrain immediately outside the urban area showing river alluvium and levees; and the dark, rural landscape surrounding New Orleans with numerous lakes interspersed throughout the swampy wetlands that are prevalent in this part of the Mississippi River delta. Apparent are large Salvador Lake south of New Orleans; most of the 24-mile (39-kilometer) causeway that connects New Orleans with the north shore of Lake Pontchartrain; and the shorter causeway that connects the eastern end of New Orleans to Slidell on the north shore of the lake. The canal system along the east side of New Orleans is part of the Intracoastal Waterway. The meandering, sediment-laden Mississippi River illustrates why New Orleans is nicknamed the Crescent City.

As one of the best ever views of the city of New Orleans, LA (30.0N, 90.0W) from space, this image allows the study of the city and the region in minute detail. Major city street and highway patterns can easily be traced. Even the Superdome near the old French Quarter can be seen as a large round white circle near the middle of the photo. The French Napoleonic Code land distribution system of long narrow fields fronting the river is also evident.