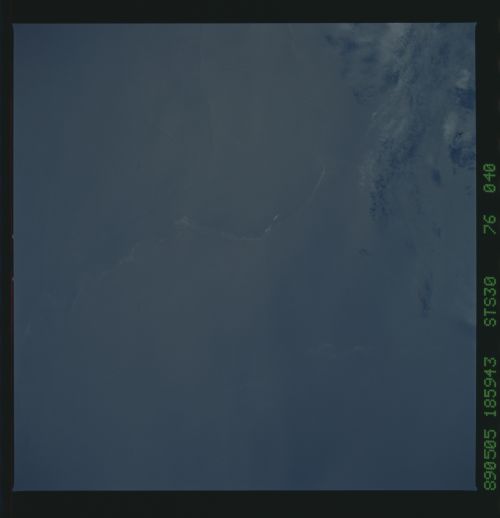 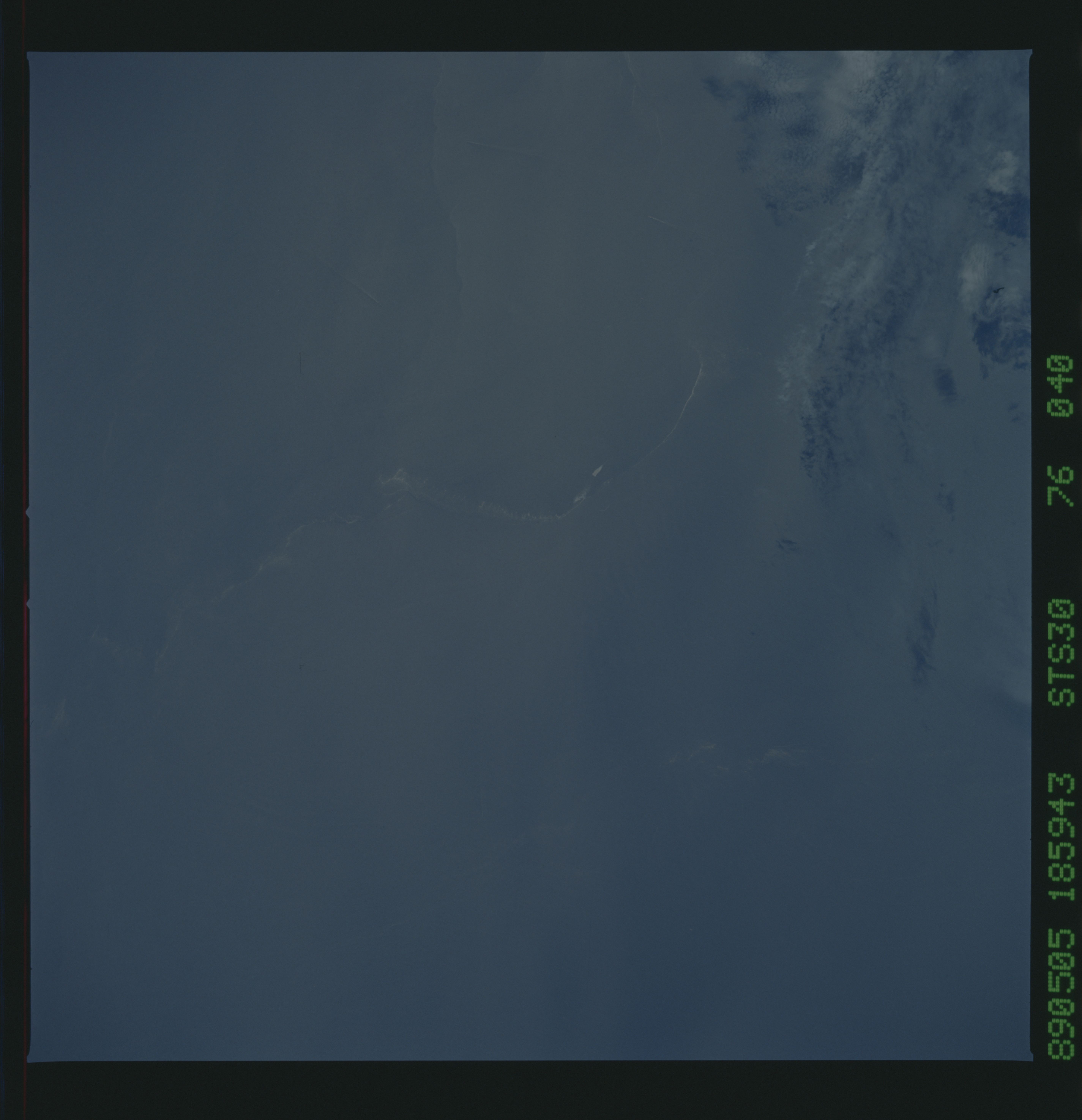 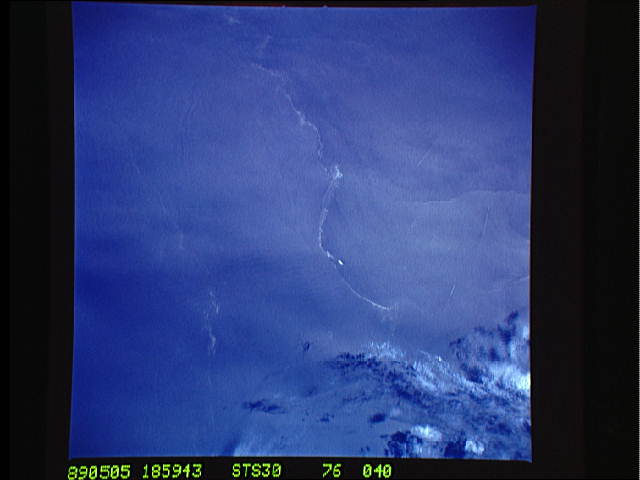 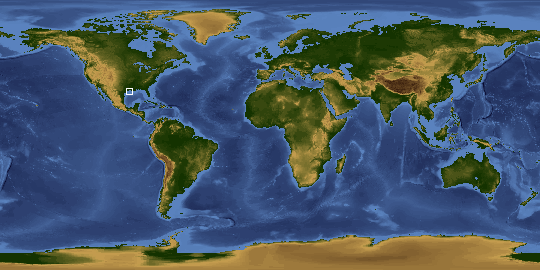 A surface oil slick in the Gulf of Mexico along the coast of
Louisiana is captured along a strong frontal boundary (1). While
the exact location of the feature is not known, the general
orientation may be approximated knowing the time (14:00 local)
and noting the relative location of clouds and associated sha-
dows. The front is oriented approximately parallel to the coast
(2). A second oil slick appears to be captured along a weaker
front, again oriented parallel to the coast. A third front ap-
pears to have formed perpendicular to and south of the strong
oil-baring front (3). The three short bright streaks (arrows)
south of the oil-bearing front are ship's wakes. (S30-76-40)