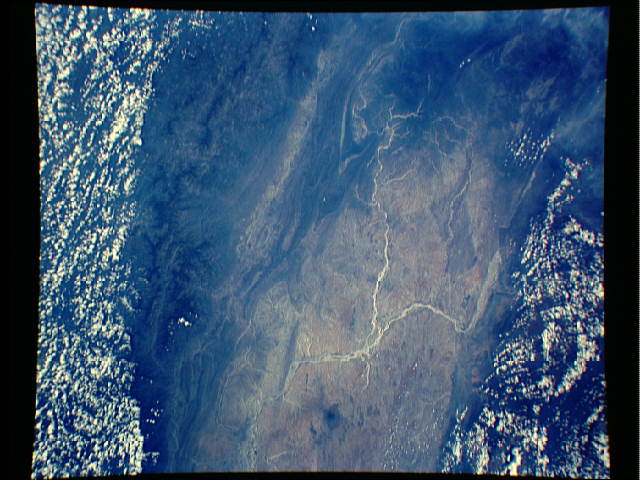 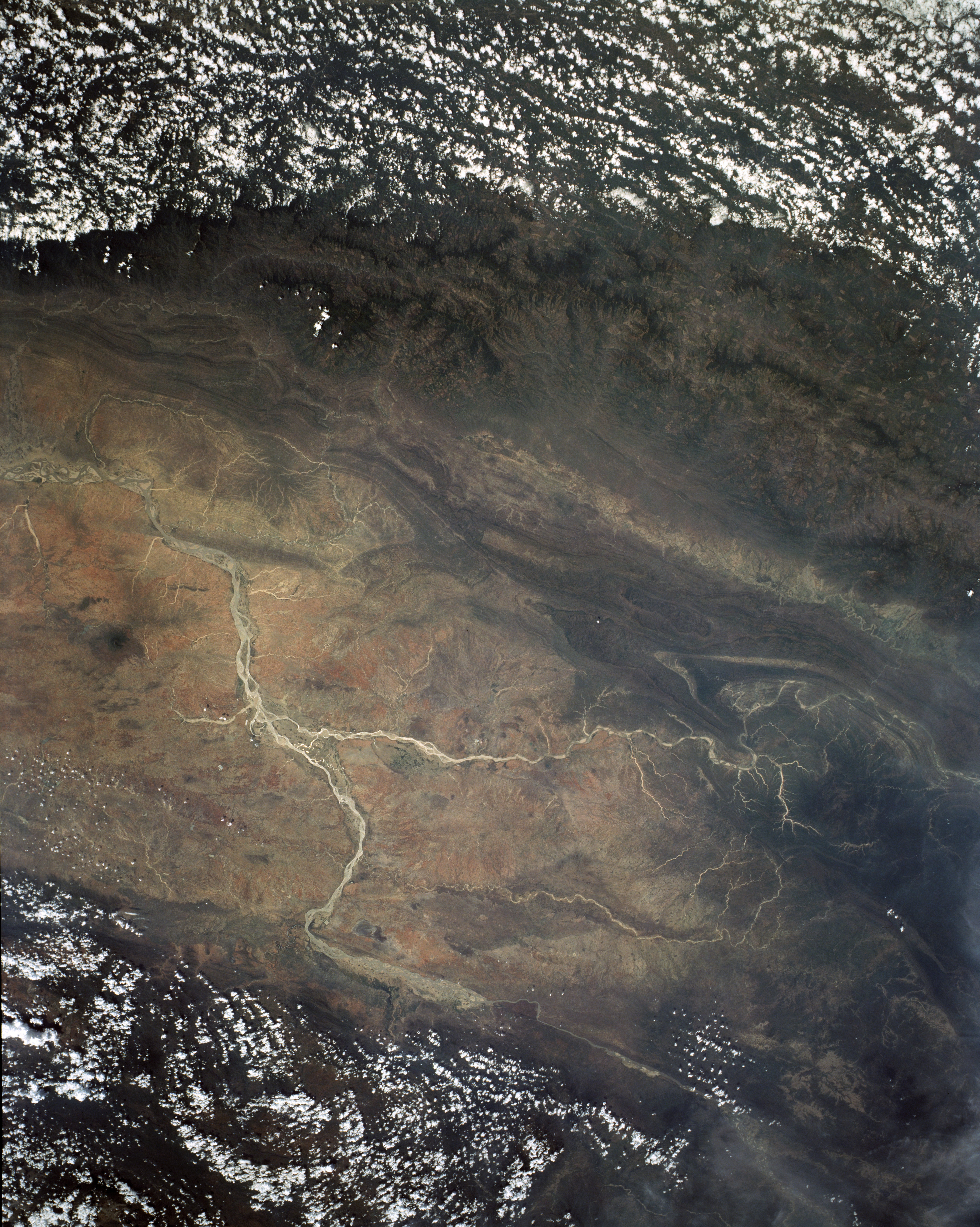 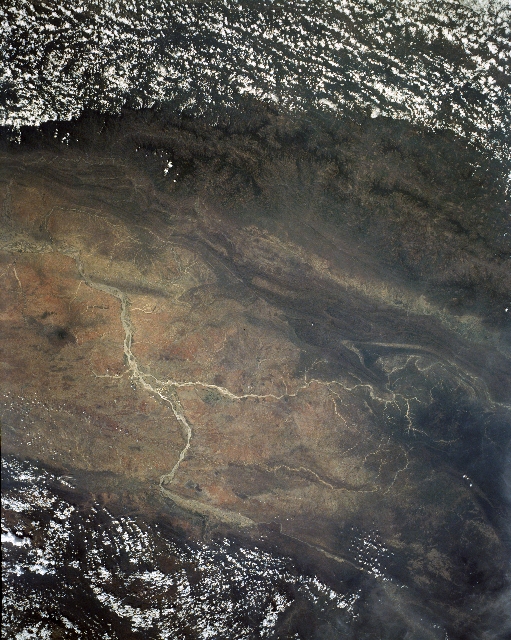 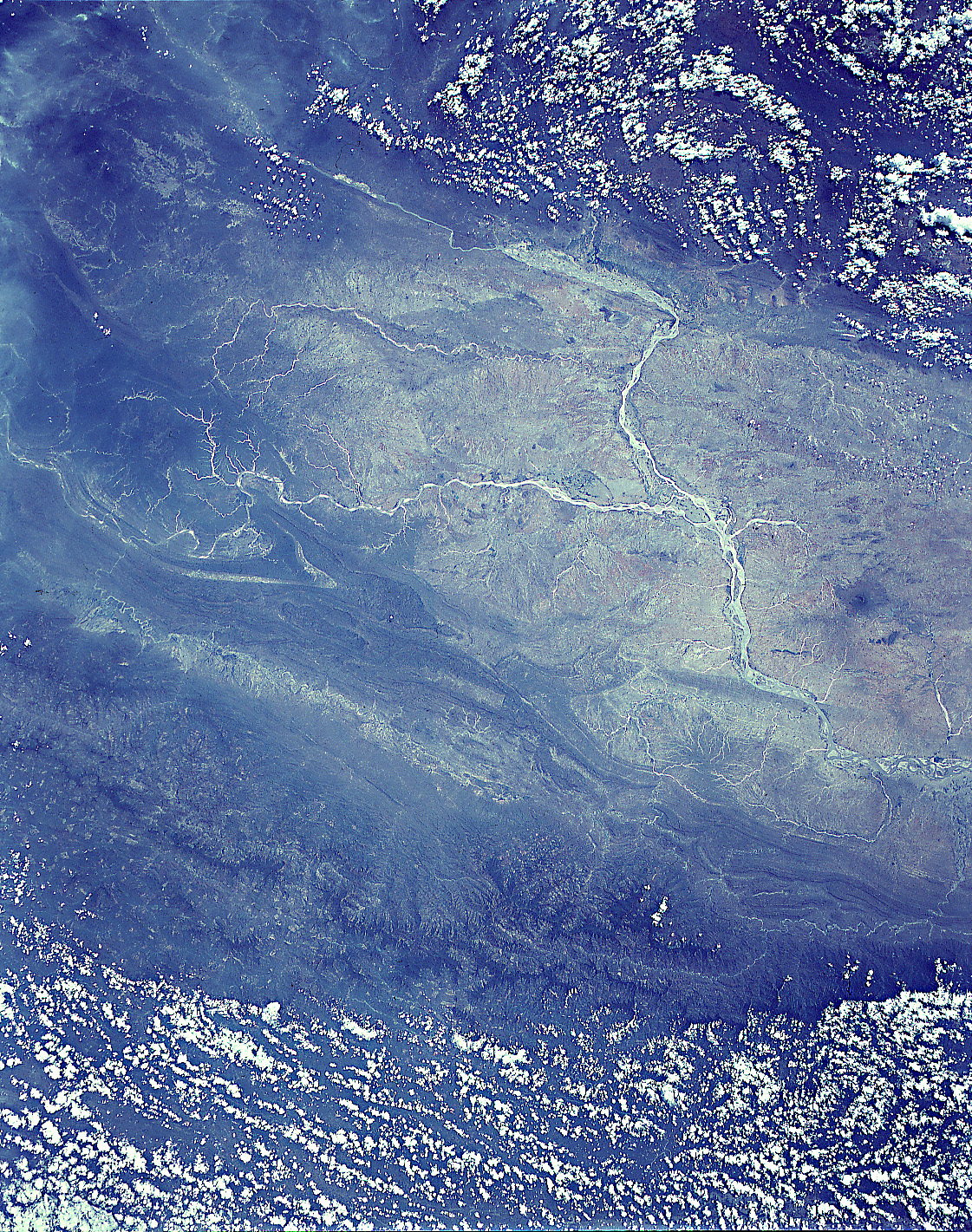 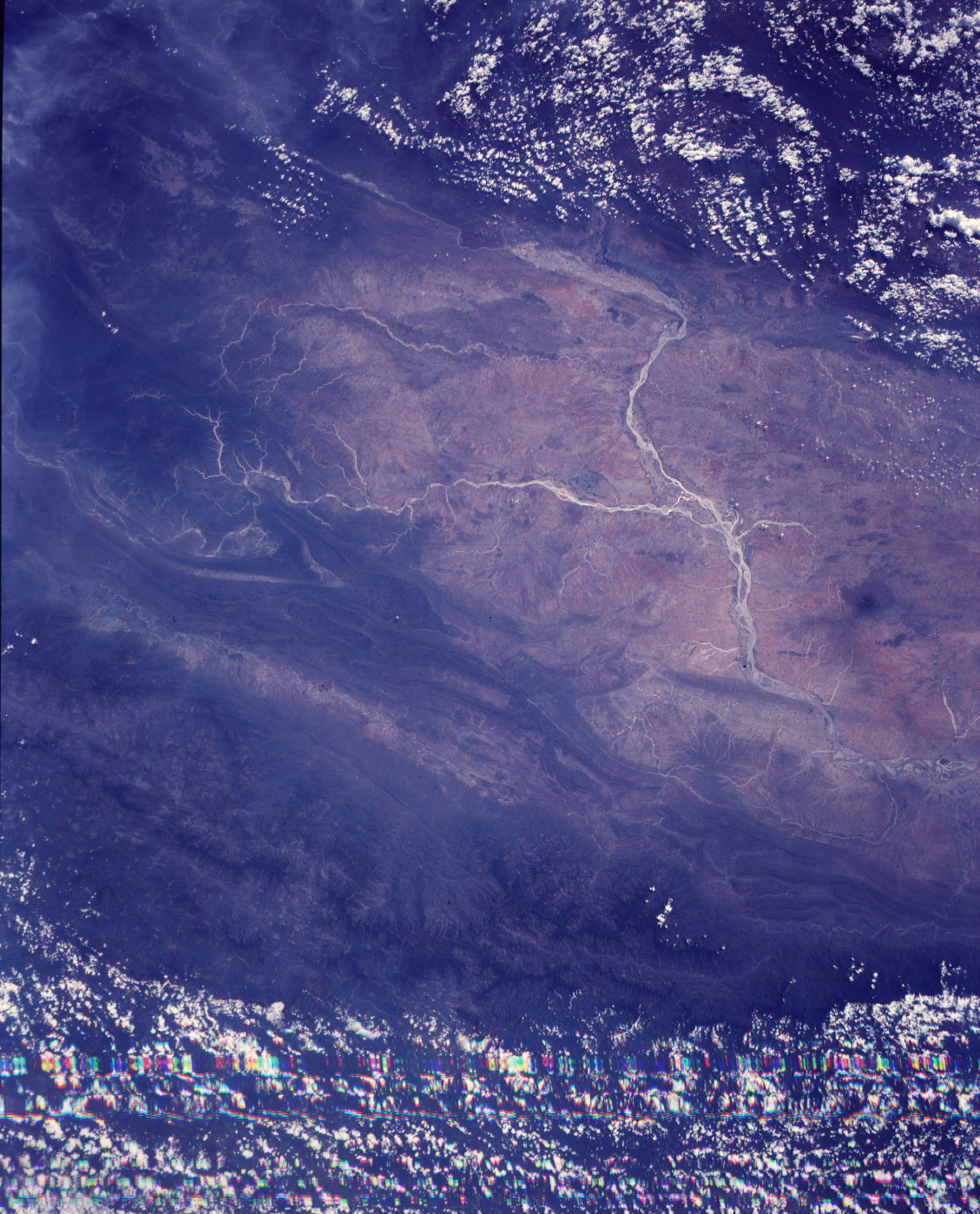 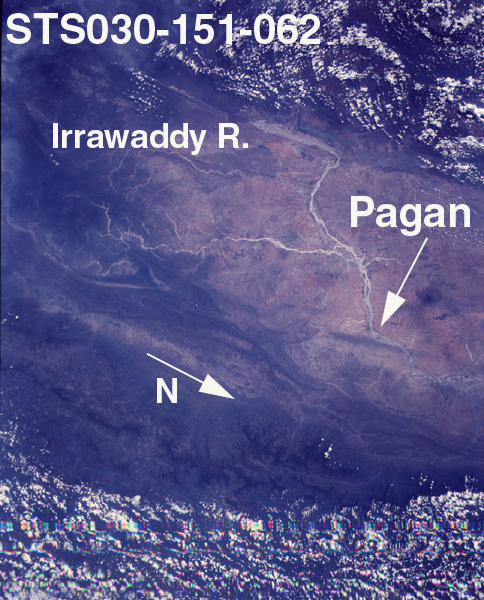 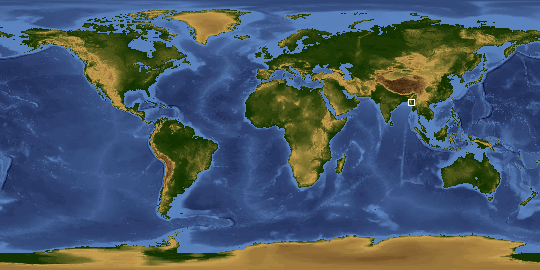 Other options available:
Download Packaged File
Download a Google Earth KML for this Image
View photo footprint information
Image Caption: STS030-151-062 Irrawaddy River, Mandalay, Burma May 1989
The generally south flowing Irrawaddy River can be seen in this south-looking view. The Irrawaddy, the major river of Burma (Myanmar) is 1300 miles (2039 km) long. Rising in the mountains of northern Burma, the Irrawaddy River is surrounded on three sides, north, east, and west, by mountains that gives the valley the appearance of a giant horseshoe. The Irrawaddy River Valley, estimated by geologists to be nearly 45 million years old, is home to a majority of Burma's population. The valley is used extensively agricultural. Just to the left of the center of the image, the Chindwin River joins the Irrawaddy at the port city of Myingyan. The Chindwin River rises in the Kumon Range in northern Burma and is the chief tributary of the Irrawaddy. Mandalay is a trade center with railroad and steamer connections, and is located where the Irrawaddy makes a severe course change (lower left quadrant). It is the center for Burmese Buddhism. Clouds cover the mountain ranges to the east (bottom) and west (top) of the broad valley.