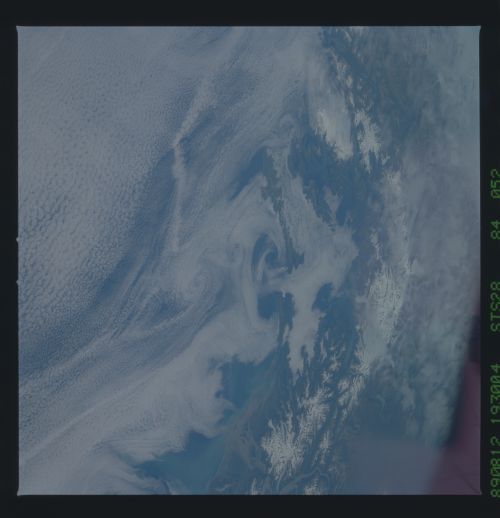 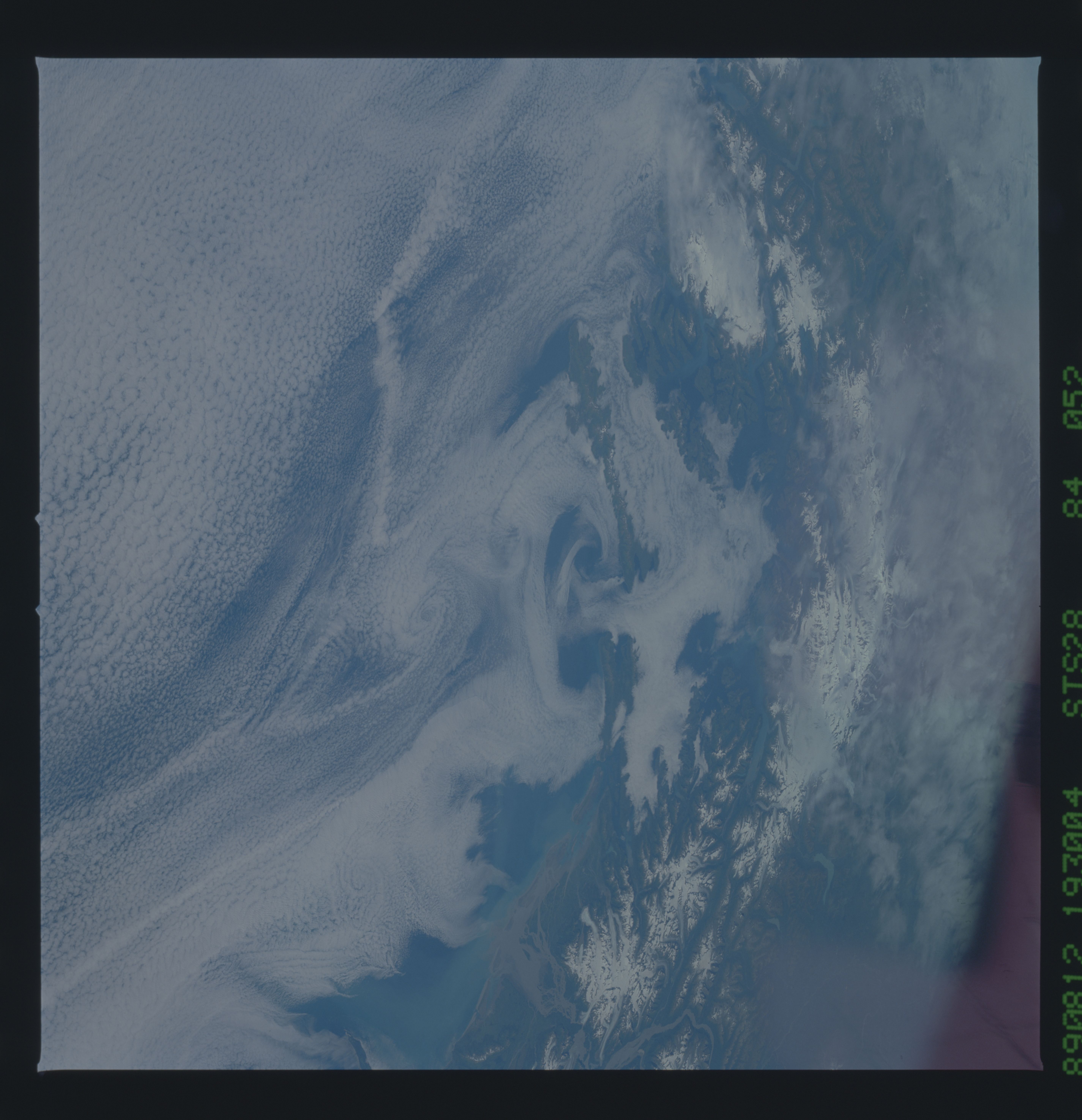 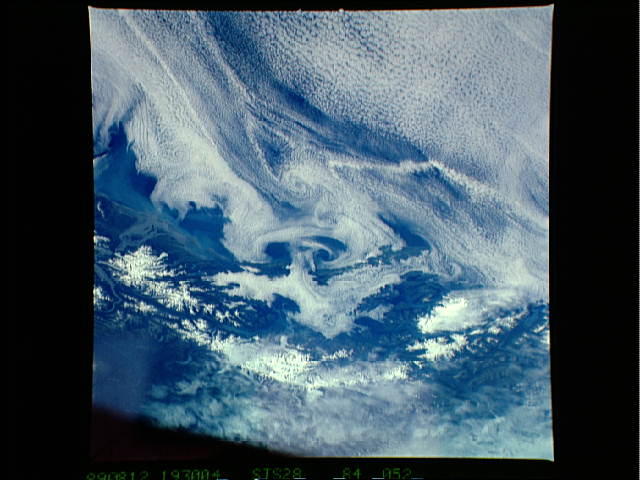 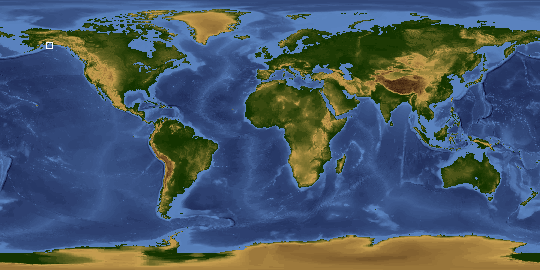 Other options available:
Download Packaged File
Download a Google Earth KML for this Image
View photo footprint information
Download a GeoTIFF for this photo
Image Caption: STS028-84-52 Katabatic Winds off Prince William Sound, Alaska
Cold dense air collects on the Columbia Glacier, north of Prince William Sound, then in response to gravity it tumbles down to sea level. This short duration, high intensity wind is known as a Katabatic wind. These type of winds occur at the poles, especially at the more elevated Antarctica. In this photo the wind formed a mushroom-shaped cloud and downwind cloud vortices. On the next orbit (about 90 minutes later), the mushroom shape and cloud vortices were replaced by cloud streaks, common to areas where cold air blows offshore into the boundary layer over the water.