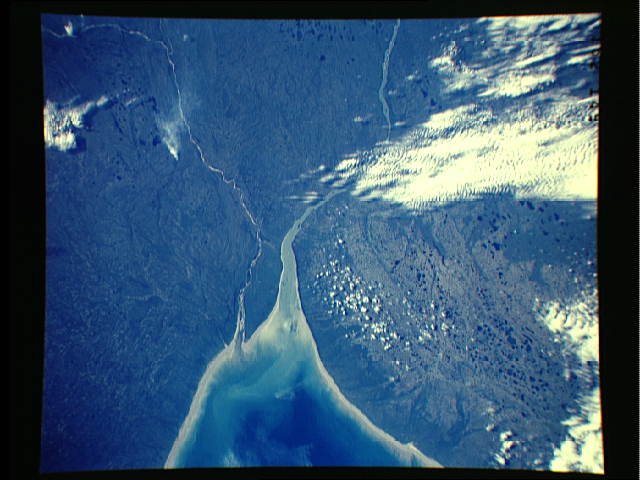 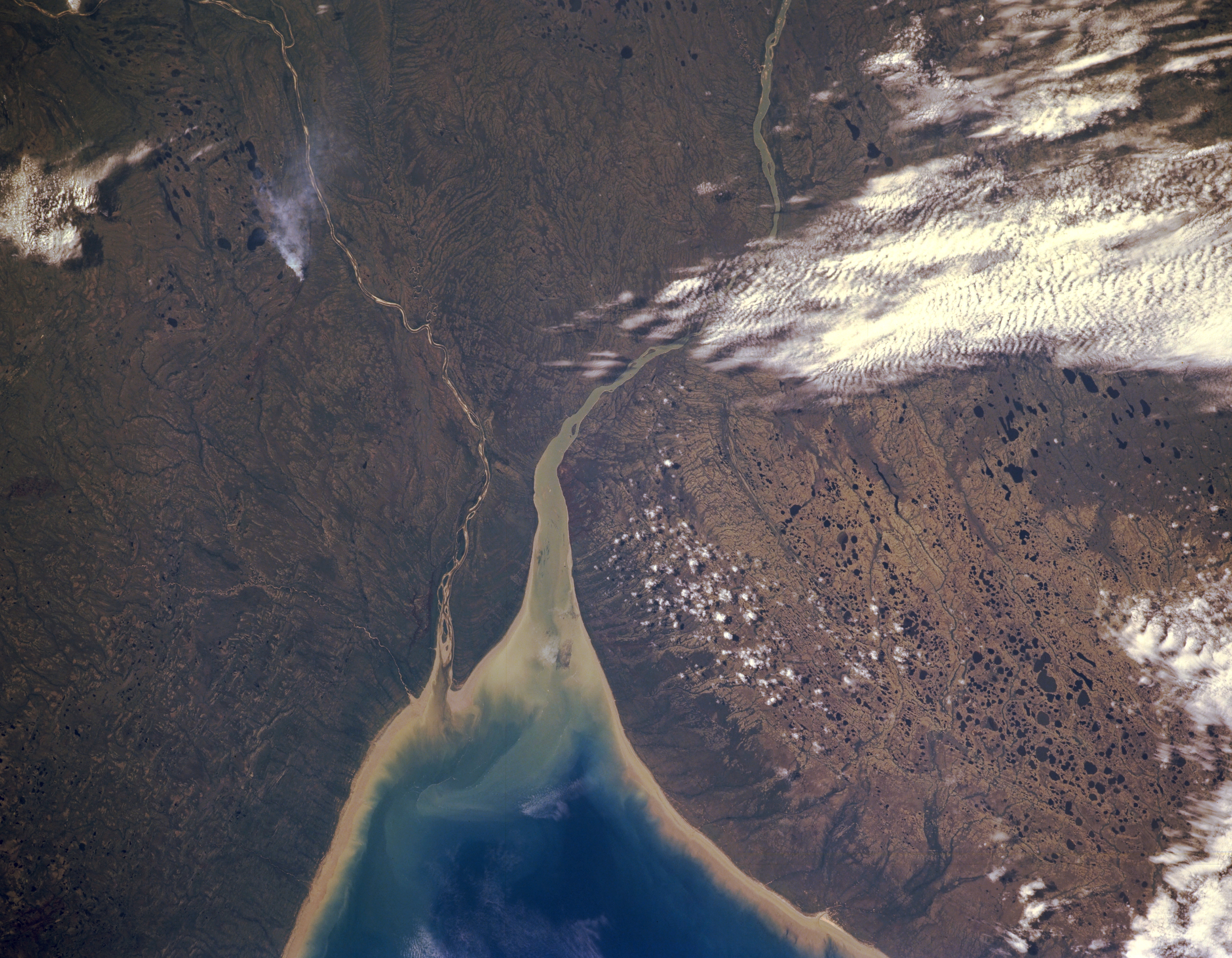 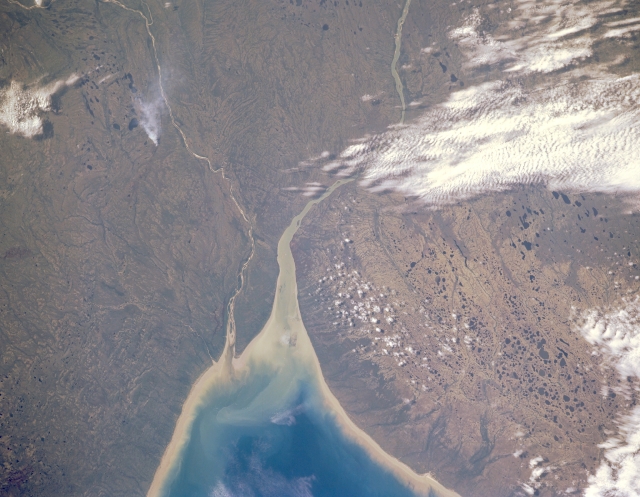 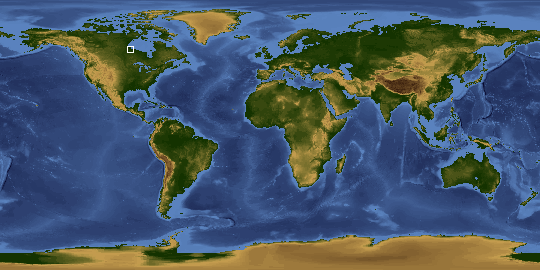 Other options available:
Download Packaged File
Download a Google Earth KML for this Image
View photo footprint information
Image Caption: STS028-152-149 Nelson River, Manitoba, Canada August 1989
The Nelson River (larger, westerly) and the Hayes River (smaller, southwesterly) form a small peninsula that extends modestly into the southwest side of Hudson Bay. In this image there is no hint of human development or activity with the possible exception of a single smoke plume east of the Hayes River. But even the fire could have been started earlier by a lightning strike from a passing thunderstorm. The lighter colored shorelines east and north of the mouths of these rivers are sandy beaches. The spongy pattern made by a multitude of small lakes (dark features) shows the boggy landscape that is prevalent around Hudson Bay.