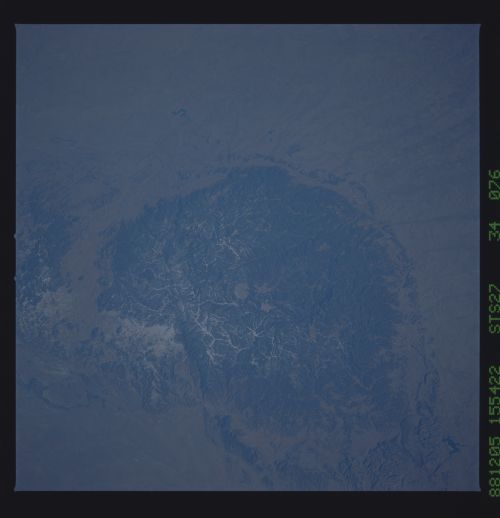 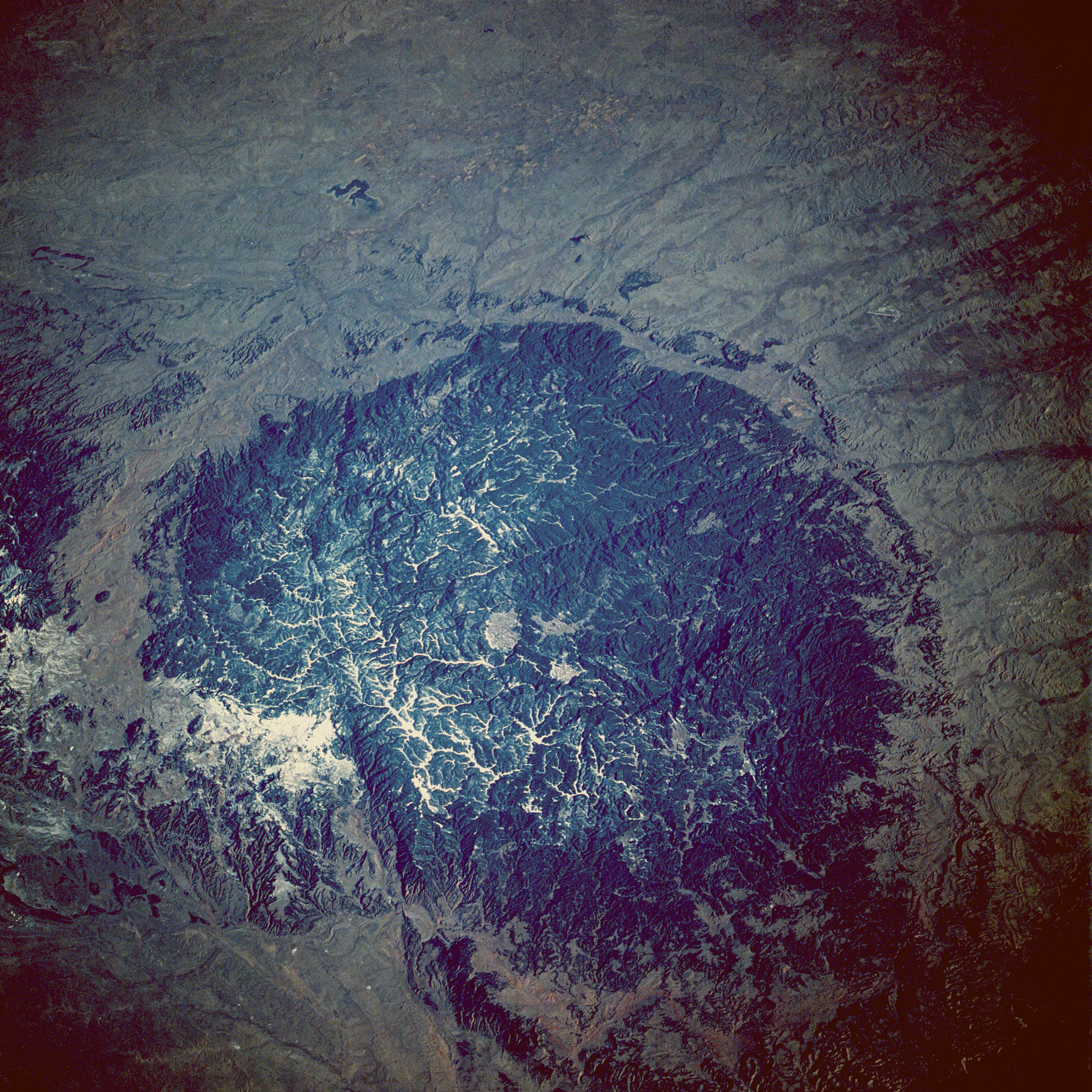 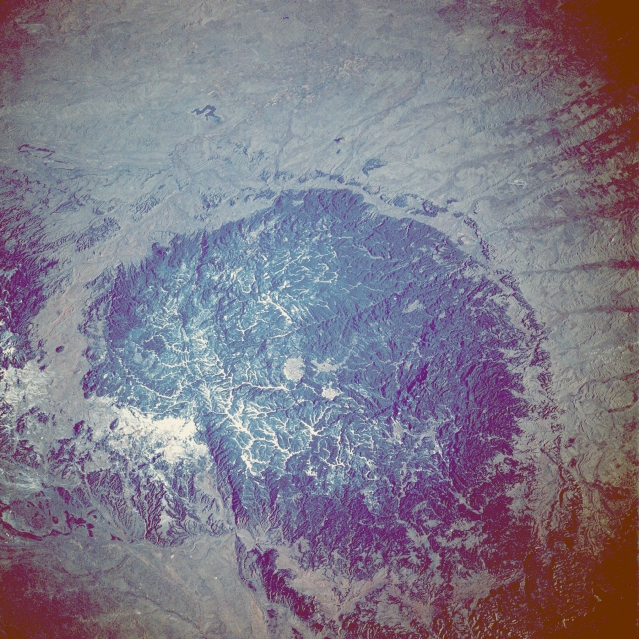 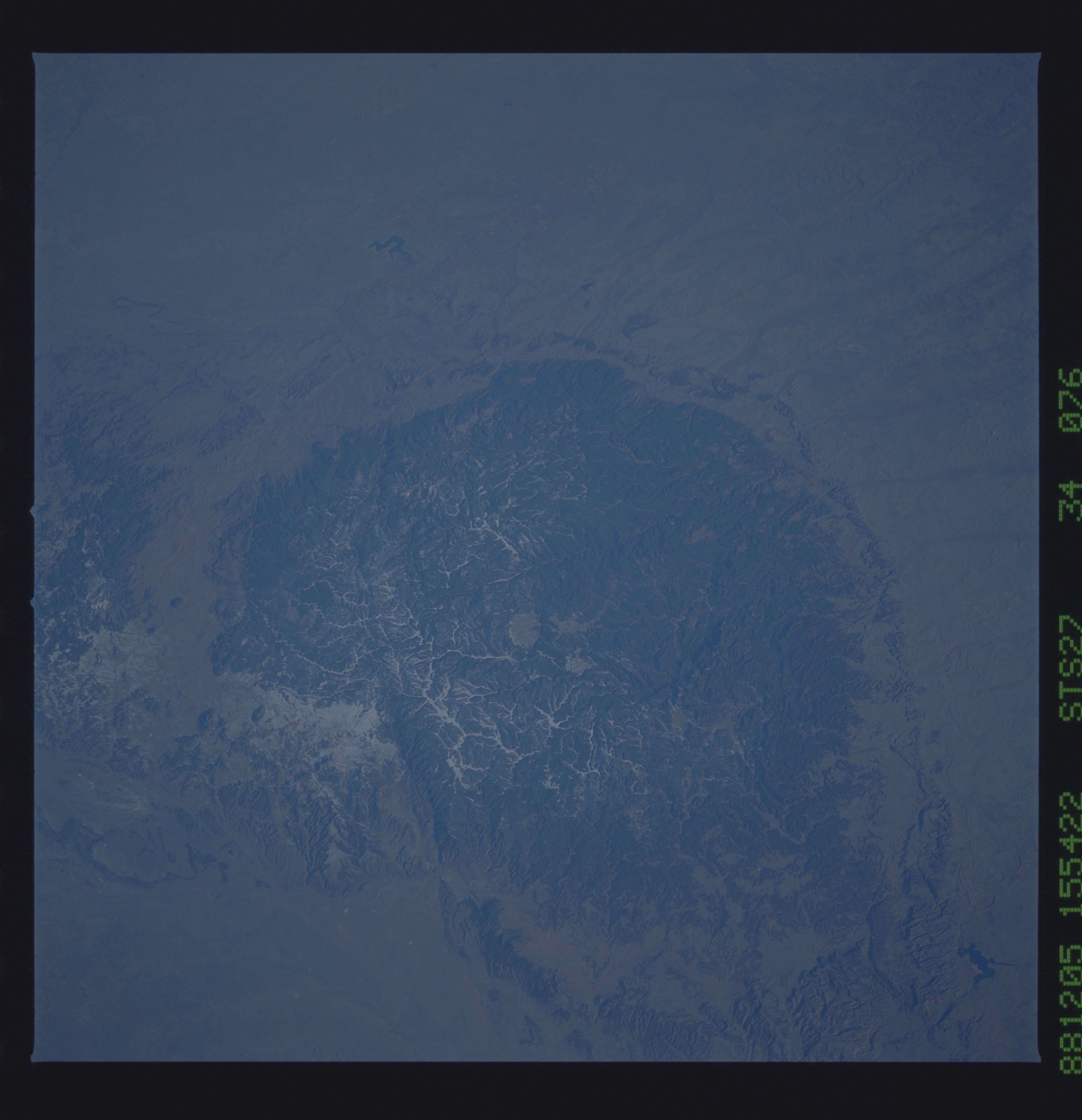 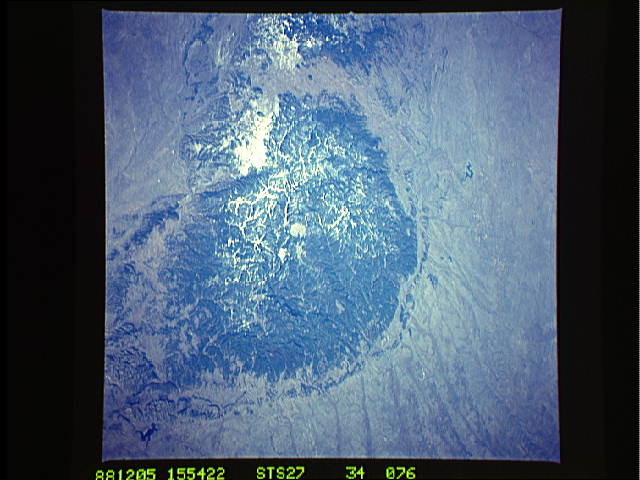 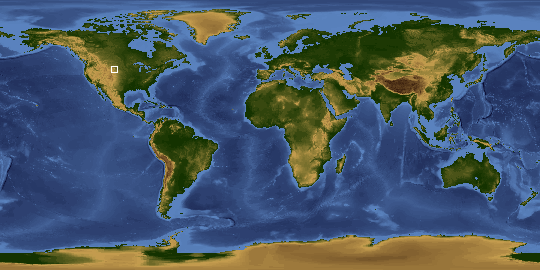 Other options available:
Download Packaged File
Download a Google Earth KML for this Image
View photo footprint information
Image Caption: STS027-034-076 The Black Hills, South Dakota and Wyoming, U.S.A. December 1988
The Black Hills of South Dakota and Wyoming can be seen in this low-oblique, north-northeast-looking photograph. The Black Hills cover an area of nearly 6000 square miles (15 500 square kilometers) and are encompassed by the Belle Fourche River to the north and northwest and the Cheyenne River to the southwest and south (neither river is readily visible in the photograph). The Black Hills rise approximately 2500 feet (760 meters) above the surrounding grasslands of the Great Plains (brownish area surrounding the hills). The Black Hills received their name from the Indians of the region because of the heavily forested slopes that appear black from afar. Settlers and prospectors came to the Black Hills in the mid-1800s because gold was discovered there. Gold is still mined in the Black Hills region. Homestake Mine, in the northern Black Hills near the town of Deadwood, South Dakota (not distinguishable in photograph), is the largest active gold mine in the United States. Rapid City, located east of the hills (not distinguishable in the photograph) began as a supply center for prospectors and has now grown into a major commercial center for western South Dakota and eastern Wyoming. The Black Hills are a major recreational area of the United States. Besides skiing and fishing, recreational features include Mount Rushmore National Monument, Jewel Cave National Monument, Wind Cave National Park, and the Chief Crazy Horse Monument (now under construction). Other features visible in the photograph are the Belle Fourche Reservoir north of the hills, the Angostura Reservoir south of the hills, and the Bear Lodge Mountains north-northwest of the hills.