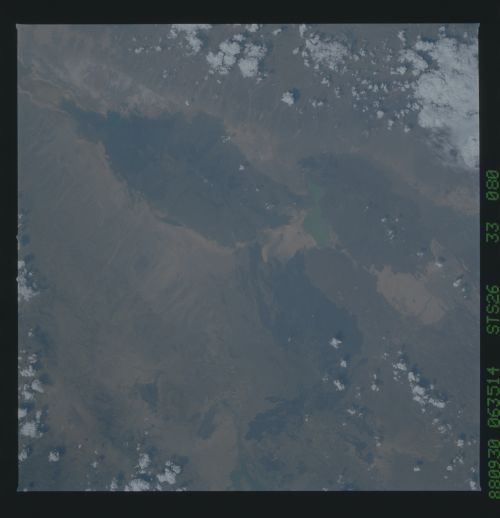 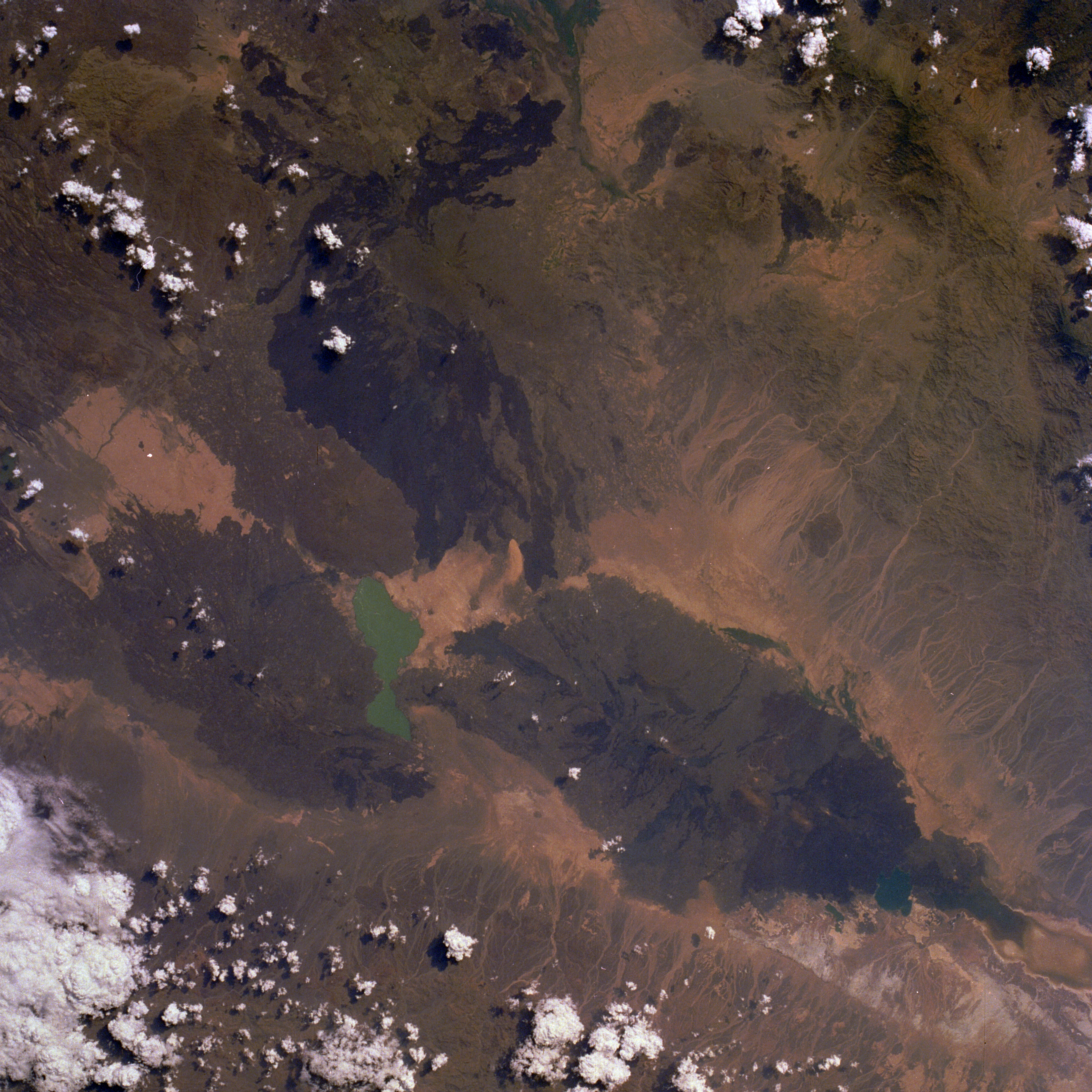 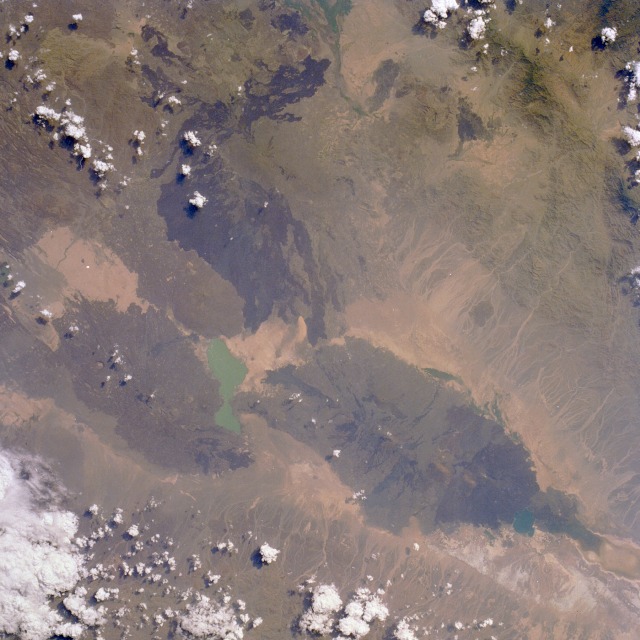 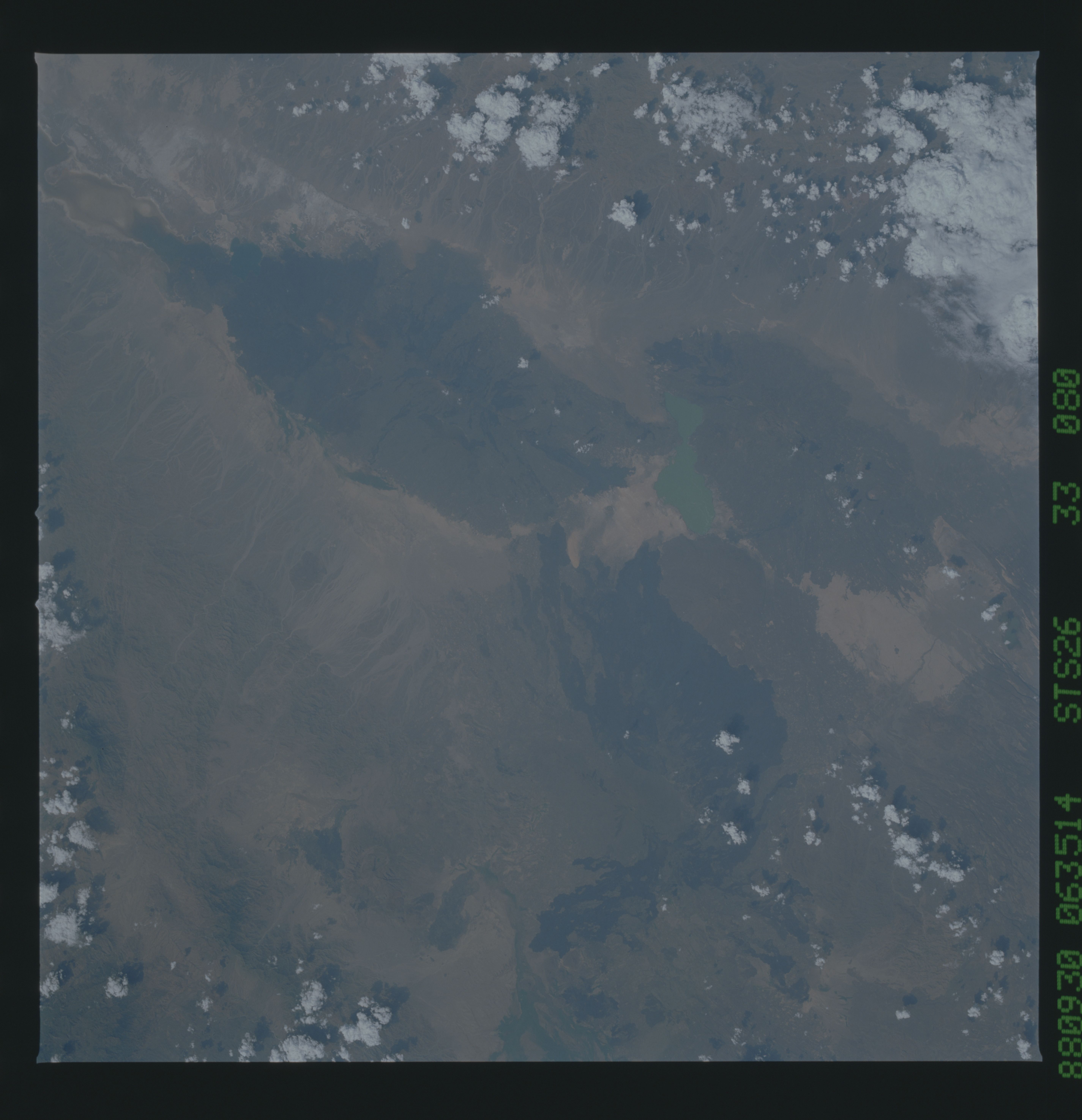 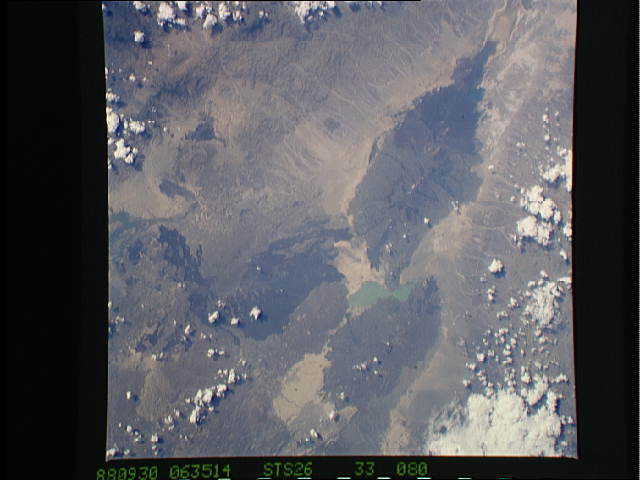 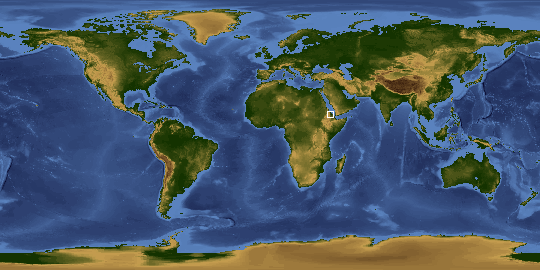 Other options available:
Download Packaged File
Download a Google Earth KML for this Image
View photo footprint information
Image Caption: STS026-033-080 Erta Alle Volcano, Ethiopia September 1988
Erta Alle, a shield volcano located within the Rift Valley of northern Ethiopia, is visible in this near-vertical photograph taken north of turquoise Afrera Ye Ch'ew Lake. The volcano, called "the smoking mountain" by the local tribesmen, has an active lava lake (barely discernible in the photograph) approximately 150 feet (46 meters) wide, which has been in a constant state of eruption since the late 1960s. Erta Alle is one of the world's few volcanoes in which permanent lava lakes reside; Kilauea Volcano on the big island of Hawaii is another. Erta Alle is located in the Afar Depression, where the Eastern Rift lies between the Red Sea to the north and east (not included in the photograph) and the Ethiopian Highlands to the west (not included in the photograph). The volcano is in a forbidding region of the Earth--hot, dry, below sea level, and mostly uninhabited. Other dark lava flows are visible from a number of smaller volcanoes south and southwest of the lake.