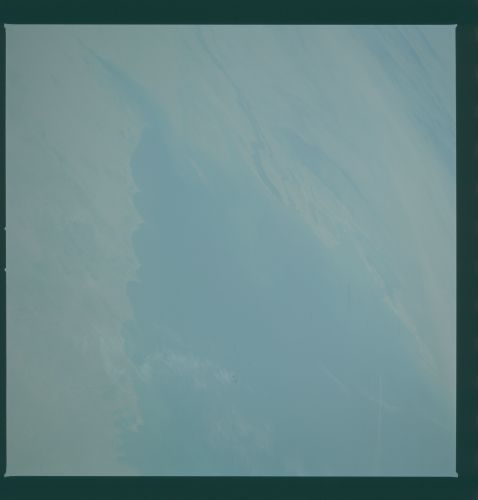 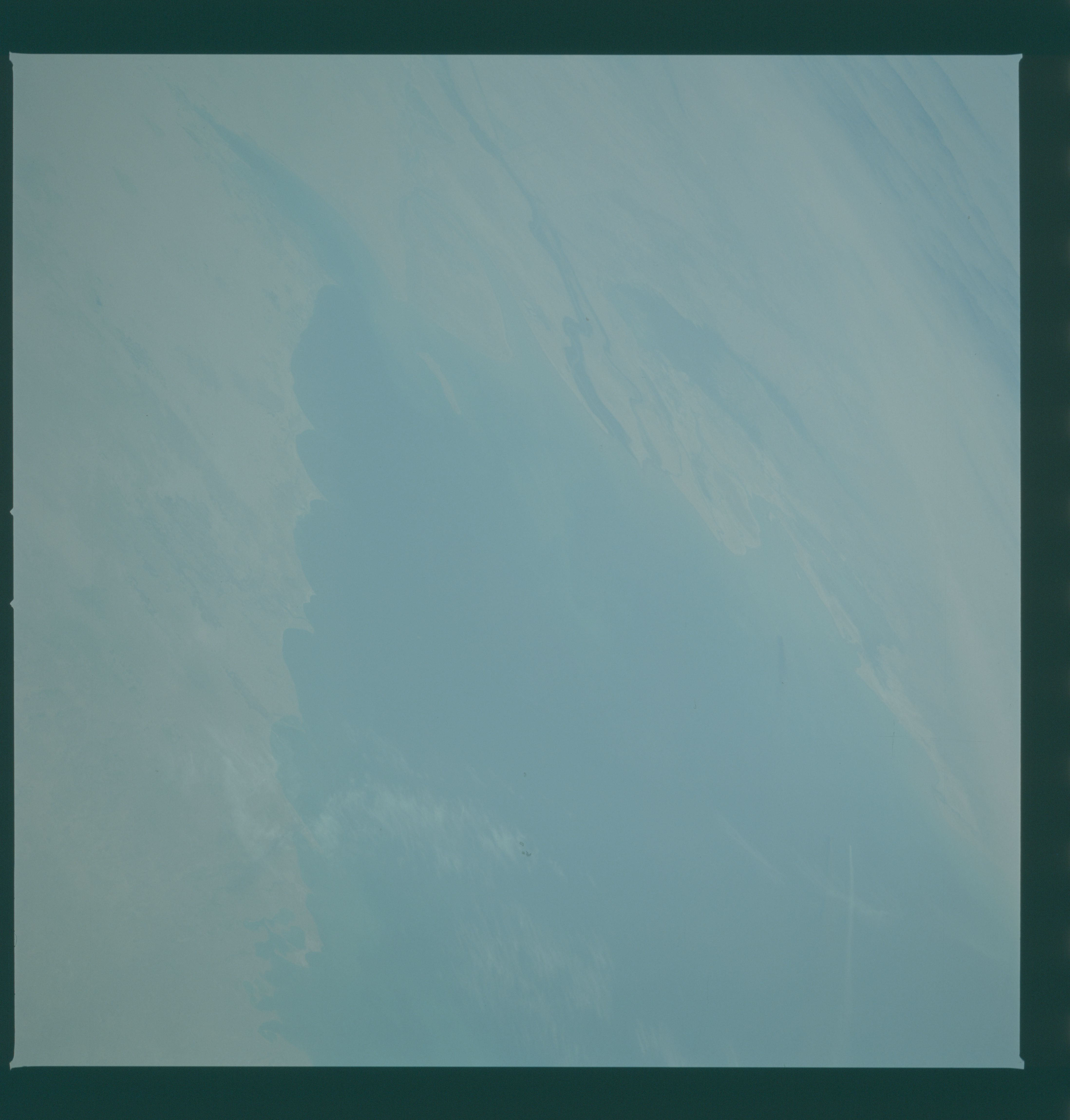 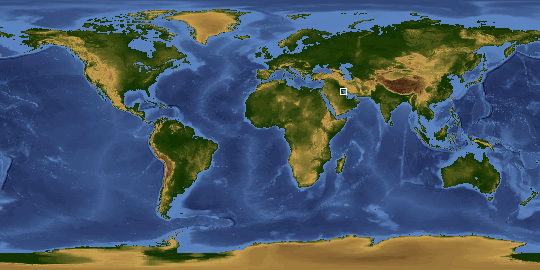 Other options available:
Download Packaged File
Download a Google Earth KML for this Image
View photo footprint information
Image Caption: An oblique view of the northwest Persian Gulf Region (29.5N, 48.0E) with Iraq and Iran at the north end of the Gulf separated by the Tigres-Euphrates river system. The hazy nature of the photo is because of a dust storm blowing across Iraq and Iran as well as smoke from oil well fires seen in the tiny but oil rich nation of Kuwait at upper right. Over the years, other out of control oil wells have spilled millions of barrels of oil into the Gulf.