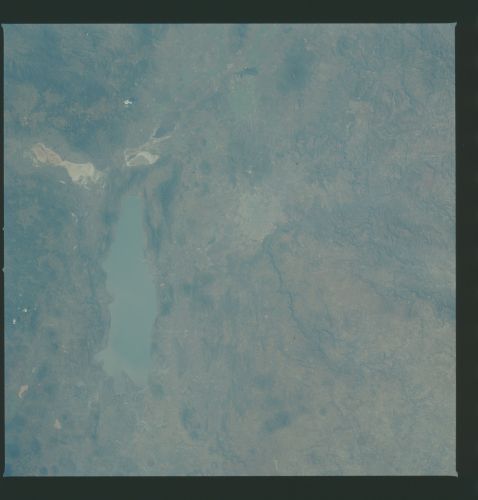 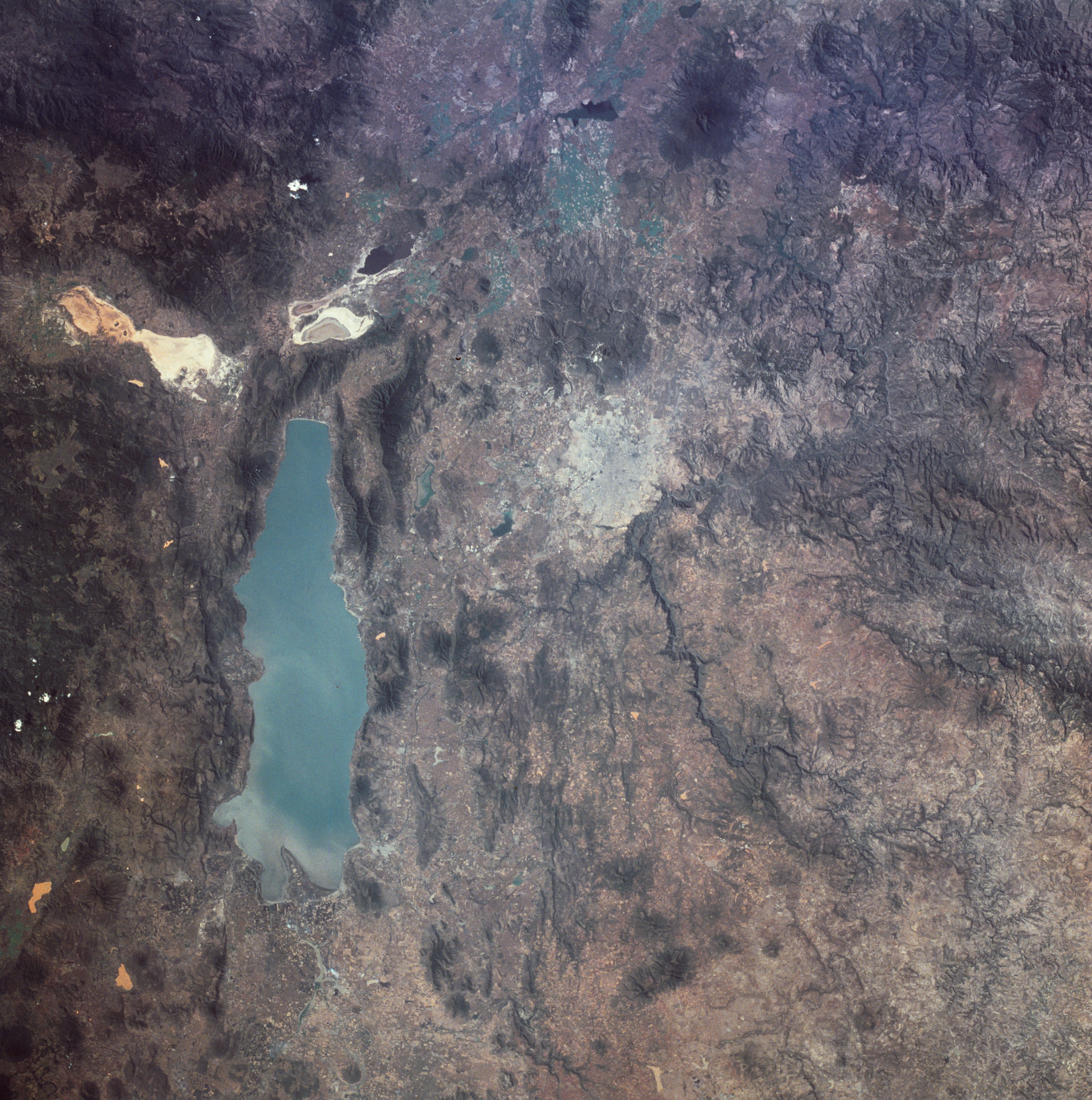 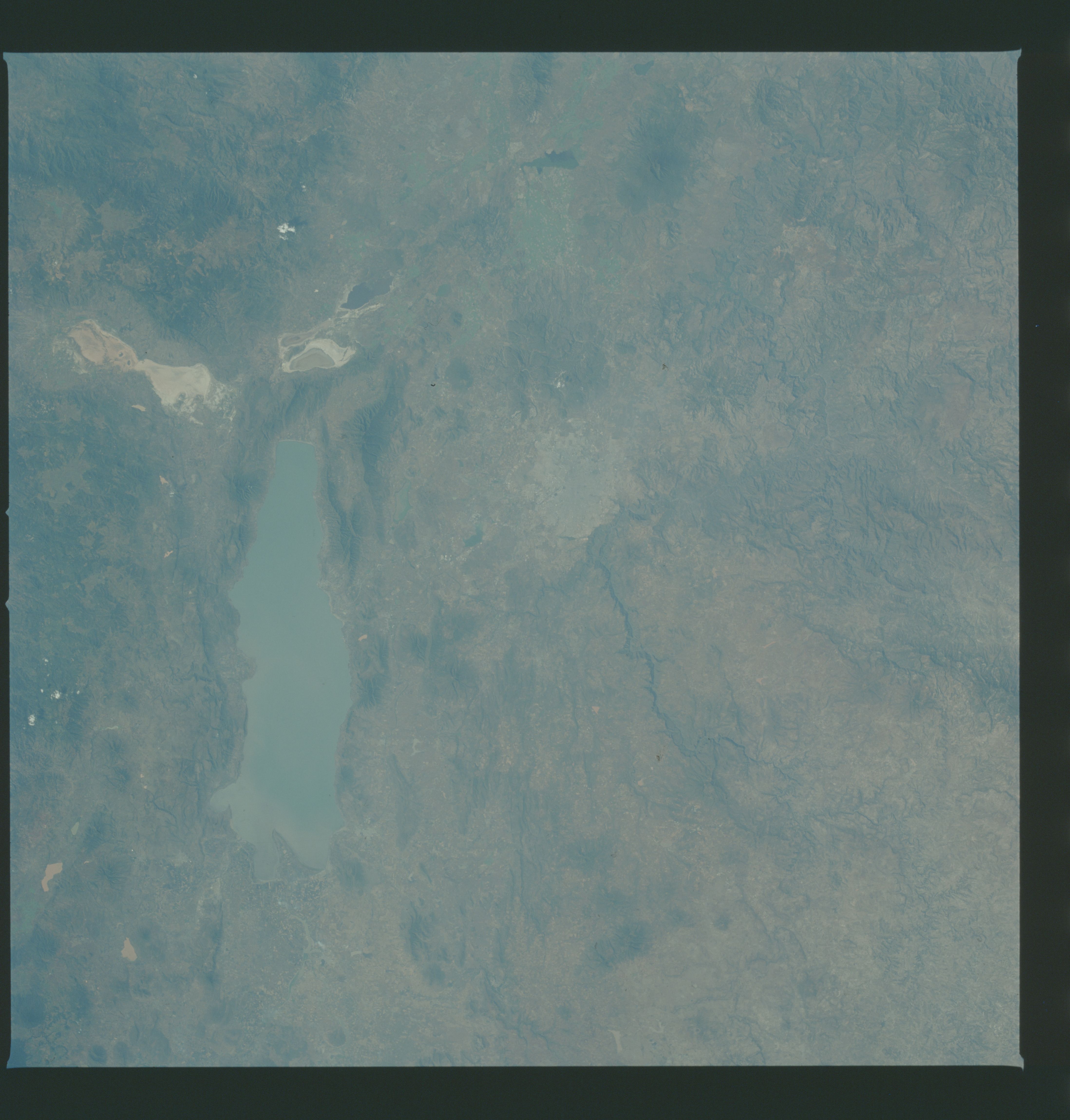 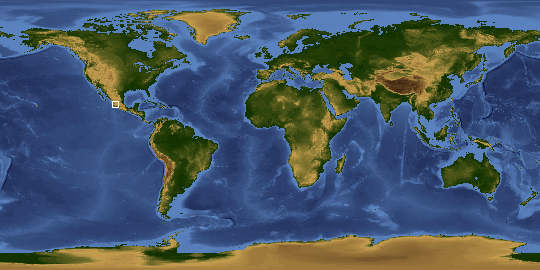 Other options available:
Download Packaged File
Download a Google Earth KML for this Image
View photo footprint information
Image Caption: Lake Chapala, Mexico:
Astronauts aboard the Space Shuttle and Space Station have tracked regional environmental changes spanning decades. Lake Chapala, Mexico's largest lake, serves as one example of an area experiencing significant changes that have been well documented from space. Over the past twenty years, the lake's water levels have decreased in conjunction with increasing development from the fast-growing city of Guadalajara.

Chapala is an alpine lake in west-central Mexico, resting at an elevation of 1,500 meters. It is part of the Lerma-Santiago River system, being fed mainly by the Lerma River on the east side of the lake and draining into the Rio Grande de Santiago from the northeast corner of the lake. The water then flows northwest into the Pacific Ocean. The combined effects of diminished inflow from dams on the Rio Lerma, heavy use of water for irrigation, and regional droughts in recent years have resulted in lower water levels in the lake. This is important to humans because it is the major water source for the nearby city of Guadalajara and its five million residents. Today, the mean depth of Lake Chapala is approximately 7 meters, with seasonal variations of water depth and clarity.

The lake is also a critical habitat for several species of migratory birds, such as the white pelican, and home to thousands of indigenous plants and animals. Untreated industrial and agricultural runoff threaten the health of this critical lake. The rapid development of the Lake Chapala region has spurred grassroots conservation programs to maintain the natural habitats of the lake and maintain a healthy ecotourism industry.

This image, taken in November 1982 from the Space Shuttle along with another one taken in April 2004 from the International Space Station (ISS009-E-5090), shows some of the coastline changes around the lake. In the 2004 image (ISS009-E-5090), sun glint reflecting off the water surface highlights the water-vegetation boundary of the coastal marshes that have emerged with lower lake levels. Their estimated locations are annotated on the 1985 image as dashed lines--roughly following the boundary of more turbid water. The built-up area of Guadalajara has also expanded from the 1982 baseline.