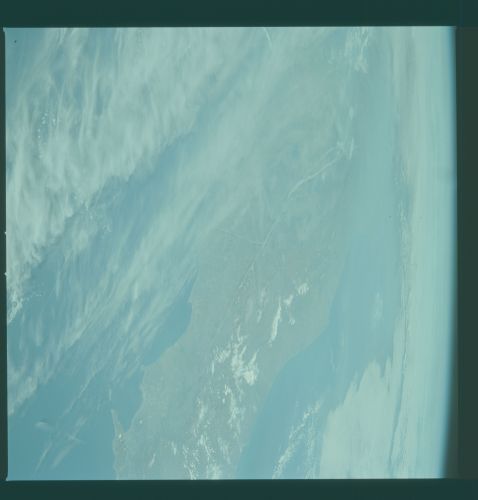 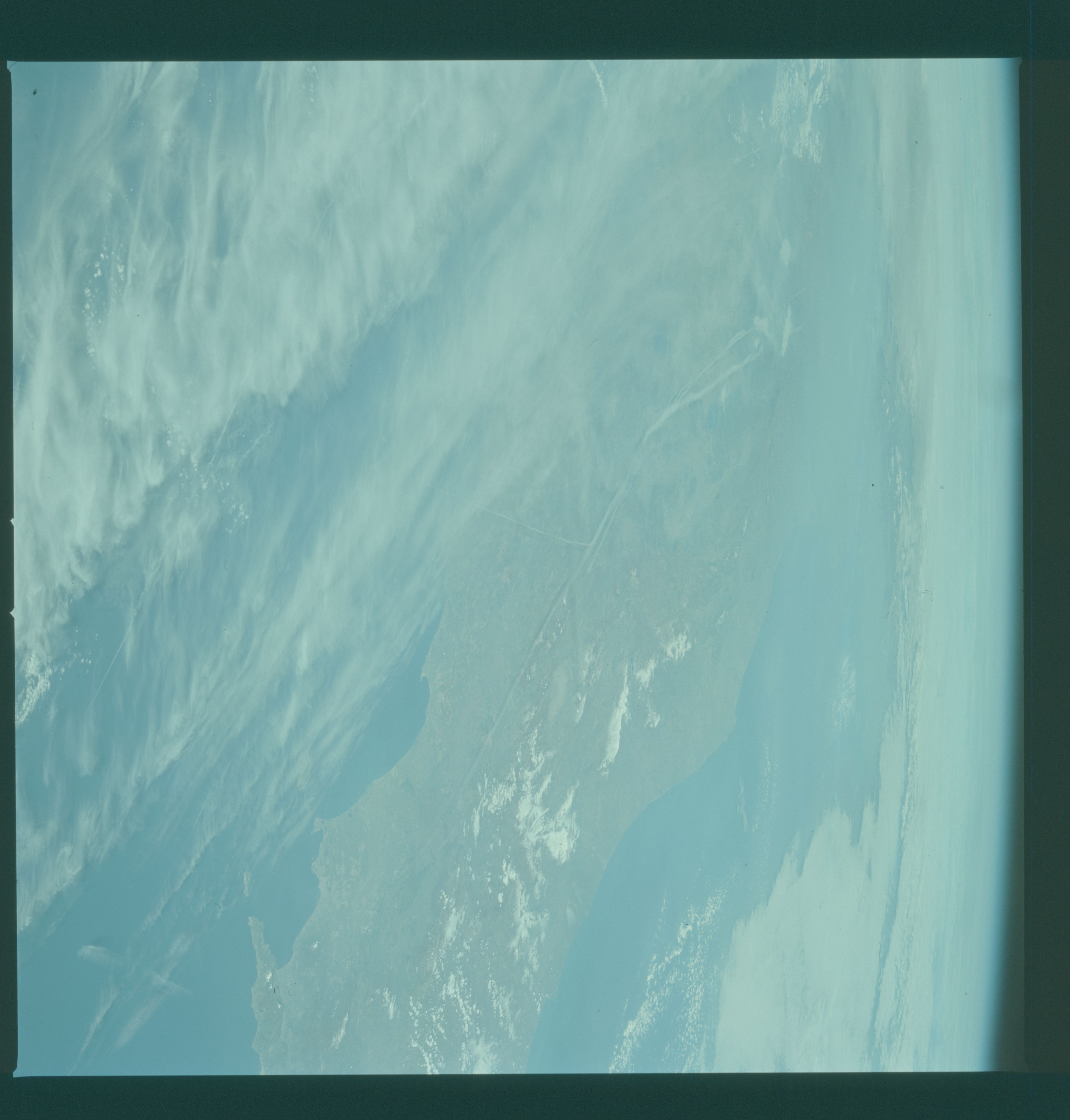 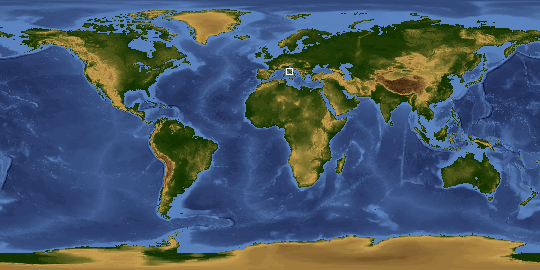 Other options available:
Download Packaged File
Download a Google Earth KML for this Image
View photo footprint information
Image Caption: Clouds and haze cover most of the Italian peninsula in this view of central Italy (41.5N, 14.0E) but the Bay of Naples region with Mt. Vesuvius and the island of Capri are clear. The Adriatic Sea in the background separates Italy from the cloud covered Balkans of eastern Europe and the Tyrrhenian Sea in the foreground lies between the Italian mainland and the off scene islands of Corsica and Sardinia. Several aircraft contrails can also be seen.