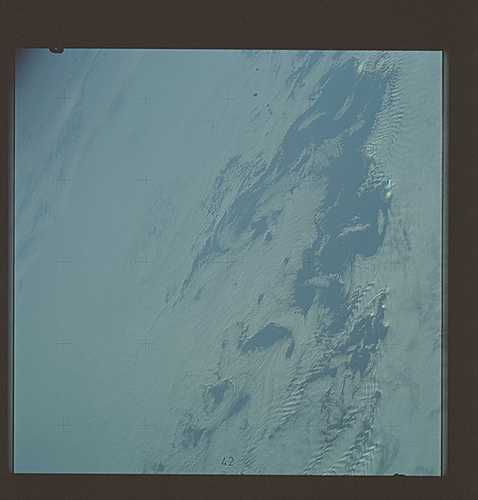 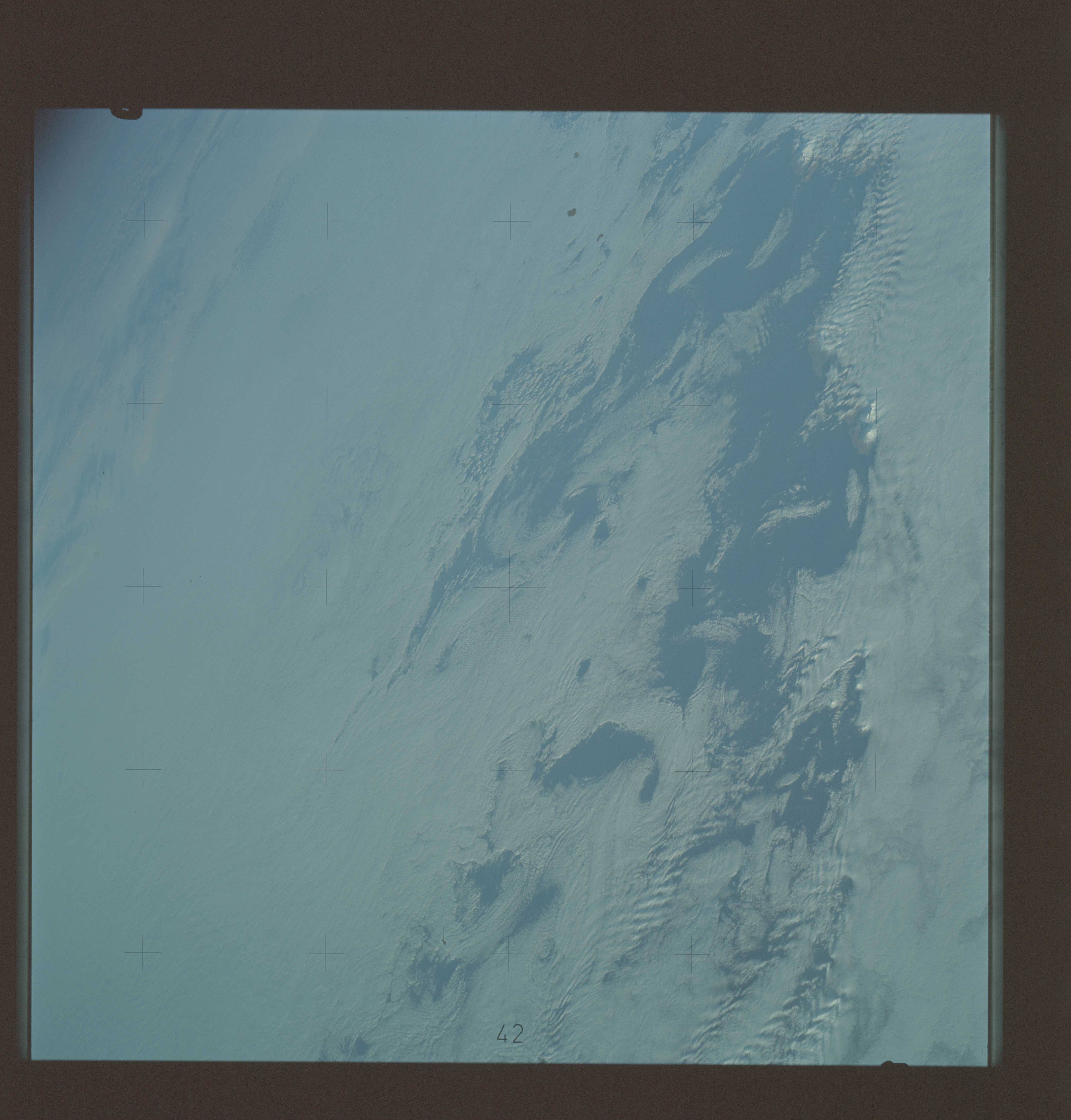 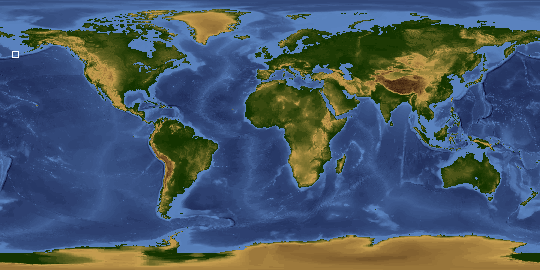 Other options available:
Download Packaged File
Download a Google Earth KML for this Image
View photo footprint information
Image Caption: The Aleutian Islands area of Alaska (54.0N, 170.0W), as photographed from the Skylab space station in Earth orbit by one of the Skylab 4 crewmen. The Aleutian Islands and clouds with very elaborate von Karman vortices was photographed on January 14, 1974. In addition to the vortices the waves in the clouds due to the mountains on the islands are very evident.