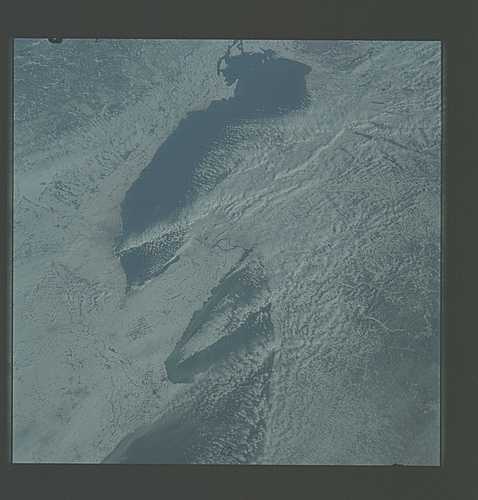 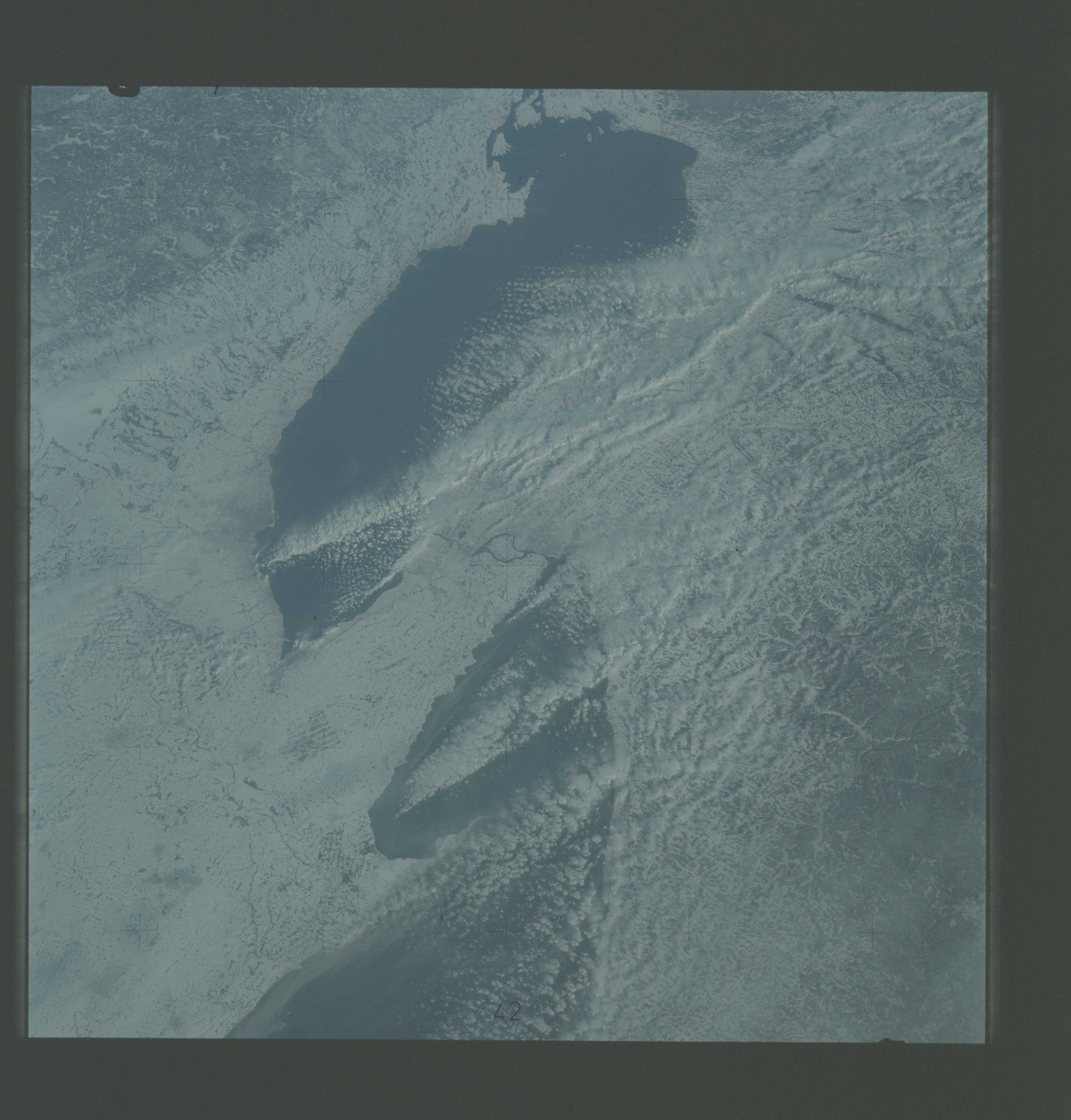 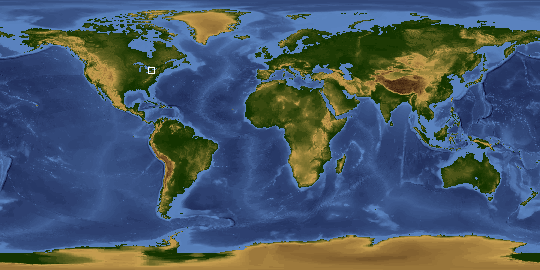 Other options available:
Download Packaged File
Download a Google Earth KML for this Image
View photo footprint information
Image Caption: An oblique view of a portion of the Great Lakes (43.0N, 70.0W) area as seen from the Skylab space station in Earth orbit. lake Erie is in the foreground; and Lake Ontario is in the background. The Niagara Falls area is in the center of the photograph. Portions of Pennsylvania, New York, and Ontario, Canada are visible, but under nearly complete snow cover. Major structural features, drainage patterns, road systems and the cities of Buffalo and Toronto are easily distinguished and actually enhanced by the snow. At the time this picture was taken, these two Great Lakes had no observable ice, although cloud formations partially mask the southern shores of the two bodies of water.