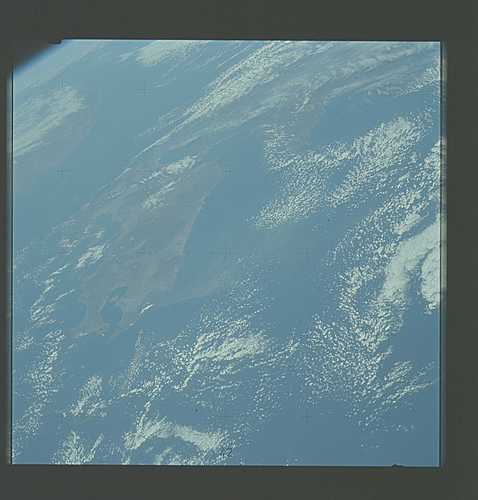 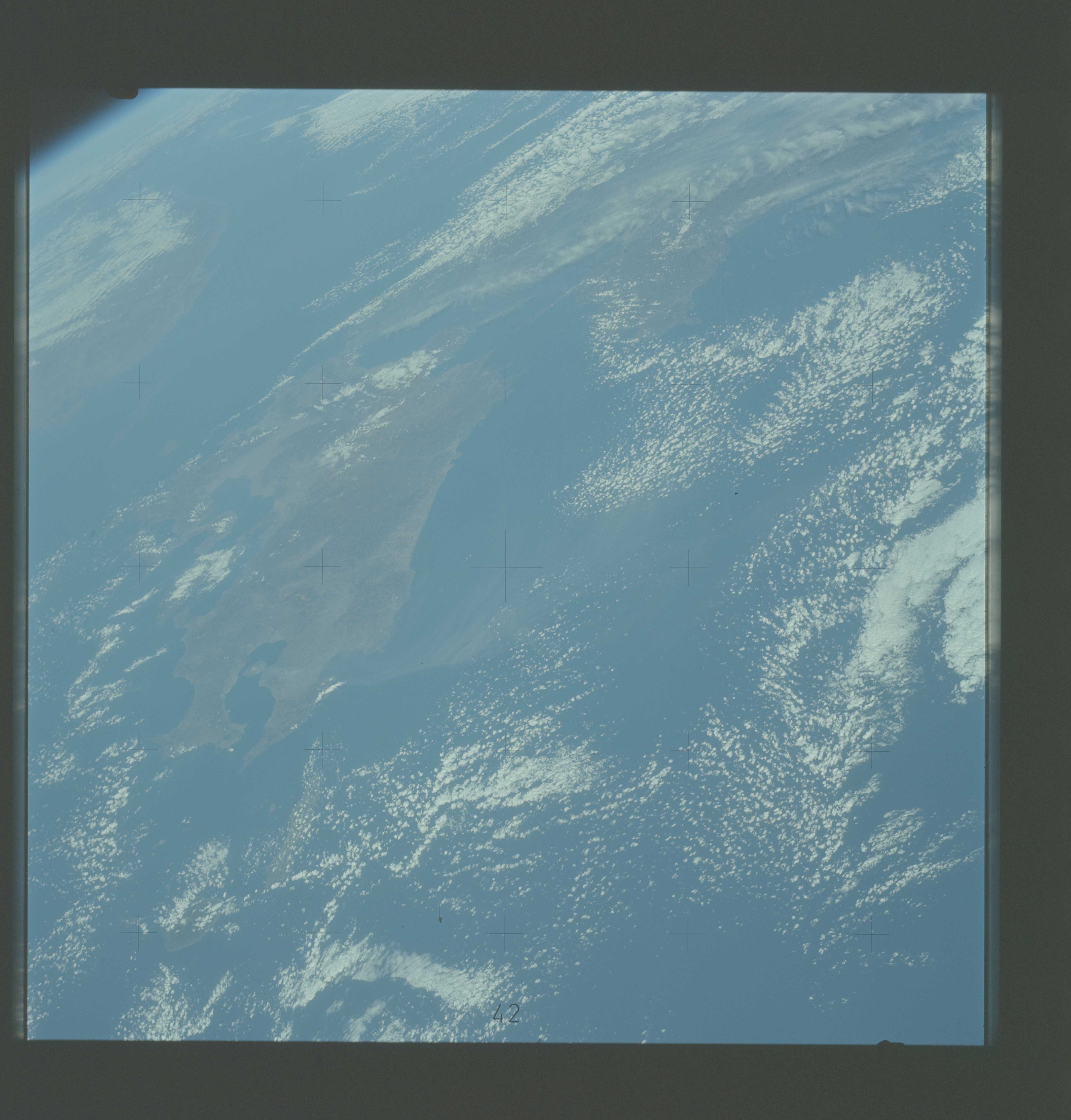 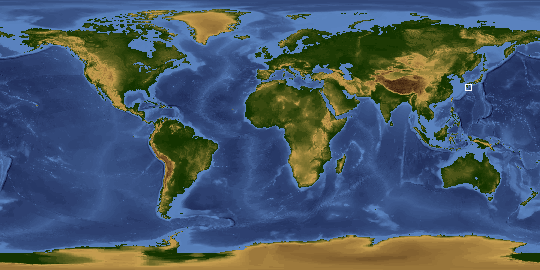 Other options available:
Download Packaged File
Download a Google Earth KML for this Image
View photo footprint information
Image Caption: An oblique view of the Island of Kyushu, Japan (32.0N, 132.0E), as seen from the Skylab space station in Earth orbit. The plume from the volcano Sakurajima is clearly seen in this photograph. The volcano and its plume were observed several times by the Skylab crew. The plume was seen to stream out to the south or southeast and become increasingly diffuse away from the volcano. In this photograph, it extends about 80 kilometers (50 miles) east from the volcano. As the plume reached the open ocean east of Kyushu it changed direction, sometimes abruptly, and fanned out to the northeast.