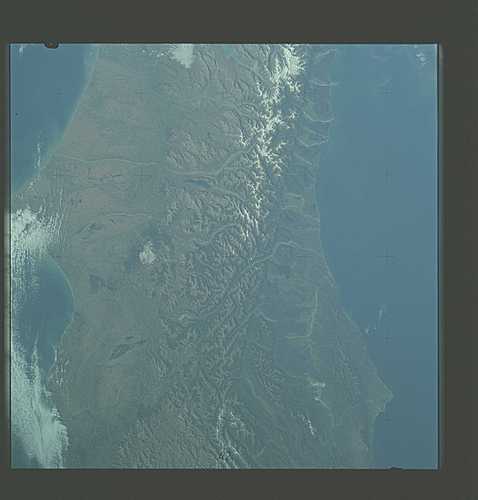 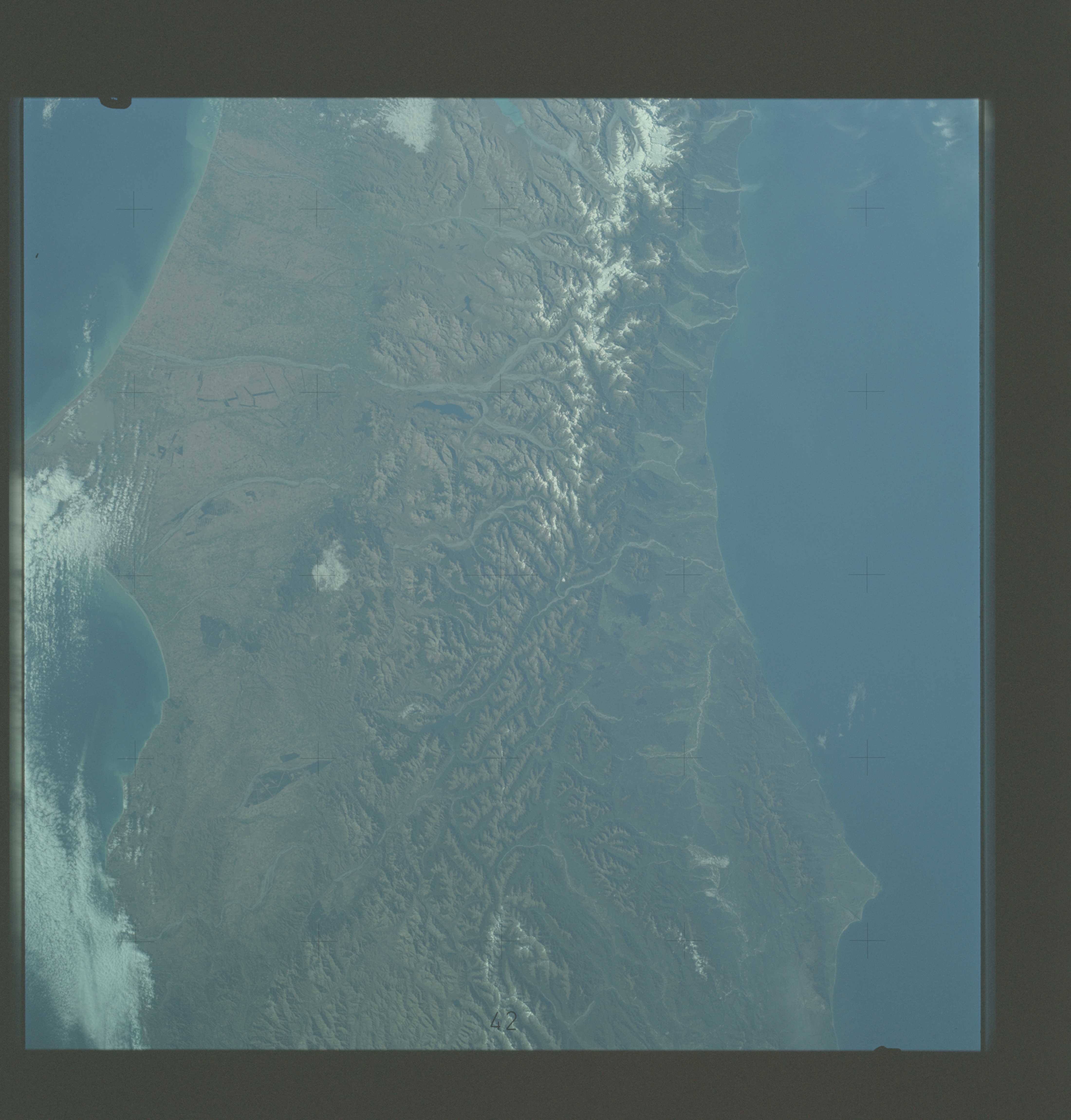 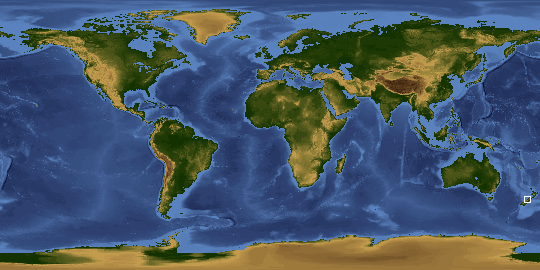 Other options available:
Download Packaged File
Download a Google Earth KML for this Image
View photo footprint information
Image Caption: A near vertical view of a portion of South Island, New Zealand (43.0S, 171.5E) as seen from the Skylab space station in Earth orbit. Cape Foulwind is at the upper left. The City of Christchurch is under clouds at the center right margin. Note the movement of sediment of alongside currents, especially on the east (right) side of the island, the Alpine Fault, which is part of the circu-Pacific volcanic-tectonic belt, is clearly visible on the left side of the island. The fault line is marked by a scarp which appears very distinct from orbital altitude. Differences in topography and vegetation on either side of the fault are also sharp.