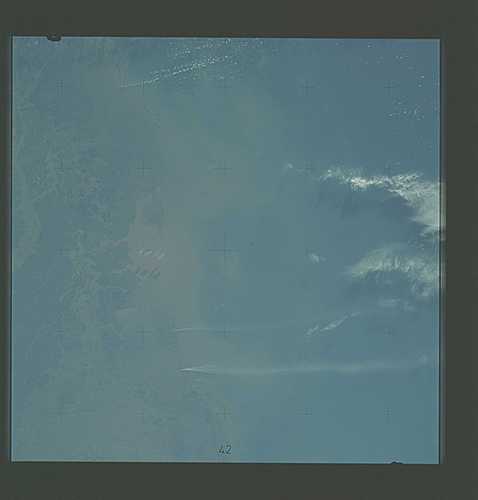 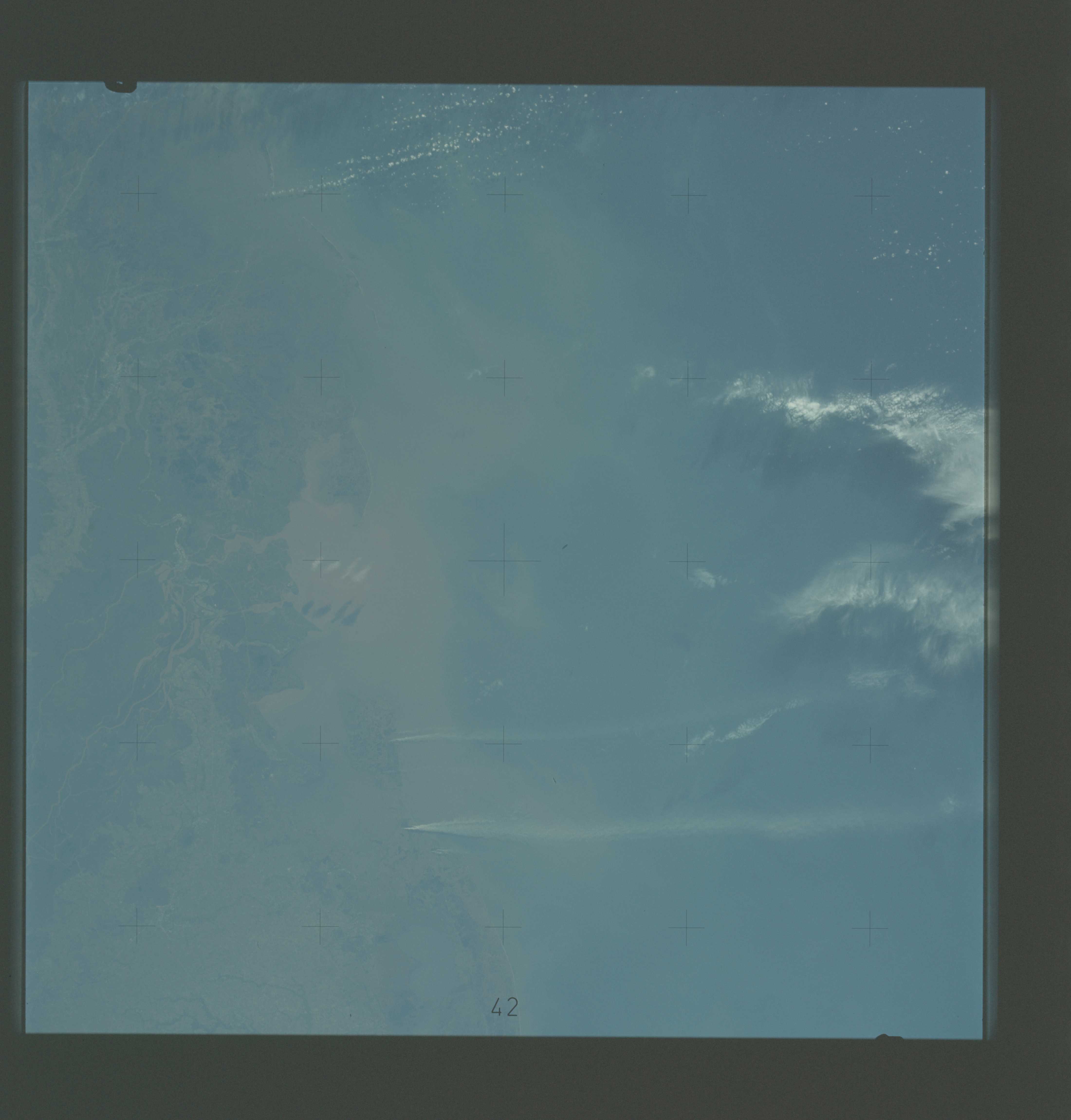 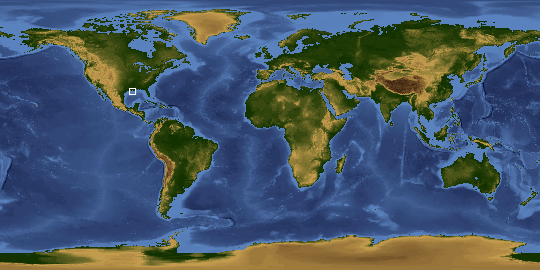 Other options available:
Download Packaged File
Download a Google Earth KML for this Image
View photo footprint information
Image Caption: A vertical view of the Gulf coast area of Louisiana (29.0N, 92.0W) as seen from the Skylab space station in Earth orbit. A Skylab 4 crewman used a hand-held 70mm Hasselblad camera to take this picture. This view extends from White Lake and Pecan Island (bottom border) eastward to the Mississippi River delta (top left). Atchafalaya Bay (red) is in the center. The Bayou Teche area is included in this view. A prominent feature of this photograph is two large white smoke plumes extending from Louisiana south into the Gulf of Mexico. The larger smoke plume originates on the southern shore of Vermillion Bay. The other plume extends from the southern shore of Marsh Island. The prononced narrow width and length of the plumes indicate that a strong offshore wind is present. Approximately 100 miles of the plumes are visible in this photograph; but they probably extend well into the Gulf of Mexico.