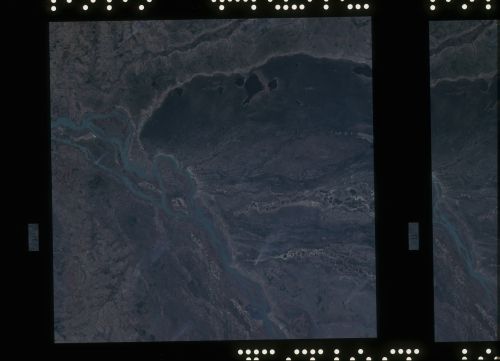 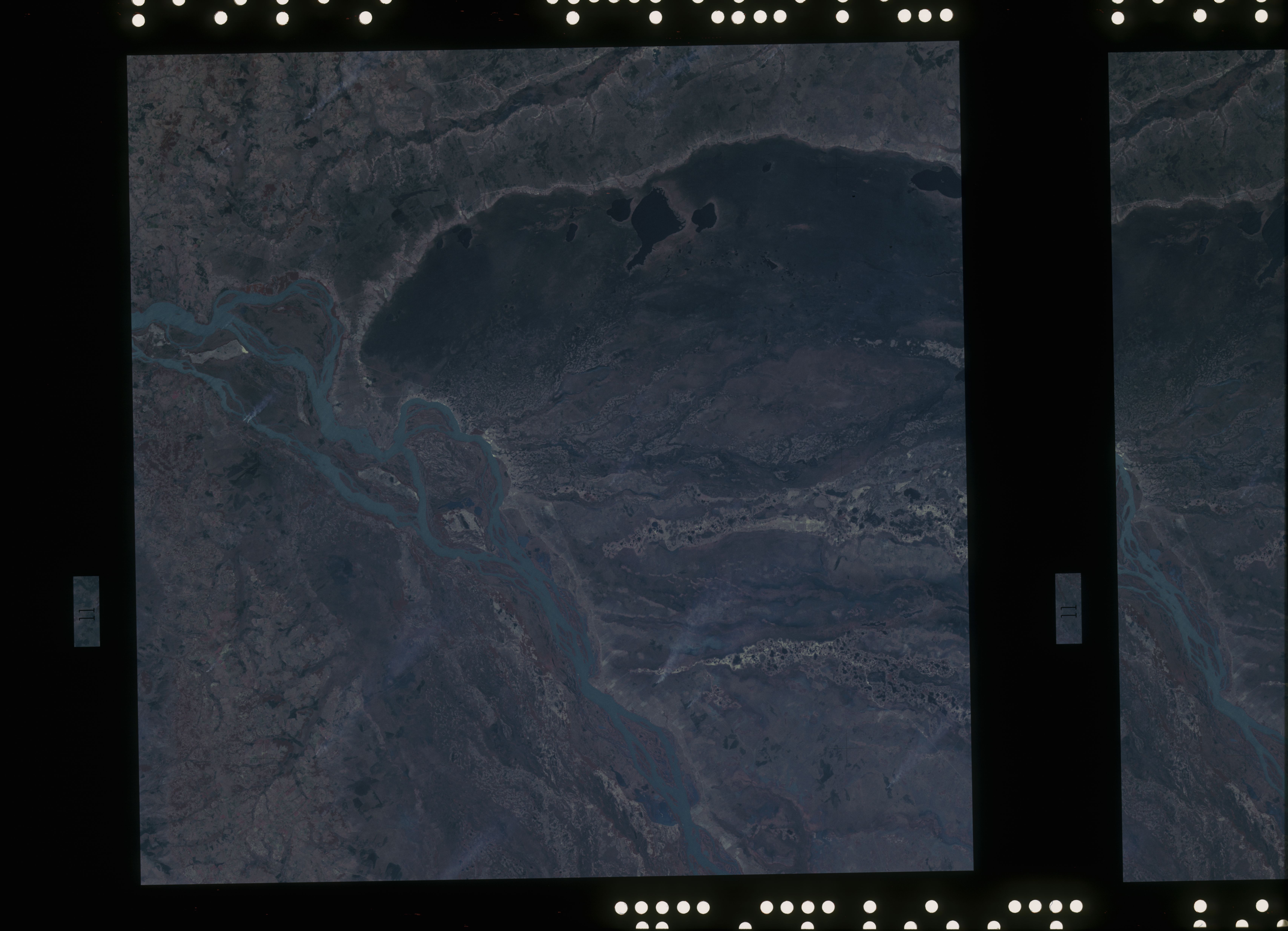 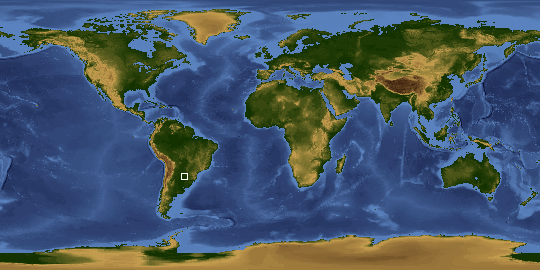 Other options available:
Download Packaged File
Download a Google Earth KML for this Image
View photo footprint information
Image Caption: A vertical view of the Argentina-Paraguay border area of South America as photographed from Earth orbit by one of the six lenses of the Itek-furnished S190-A Multispectral Photographic Facility Experiment aboard the Skylab space station. This picture was taken with type 2443 infrared color film. The Parana River flows from east to west across the picture. This part of the Rio Parana is located between the towns of Posadas, Argentina, and Resitencia, Argentina. The major body of water in the large swamp area is Laguna Ibera. Note the several fires burning in this area. The largest land mass (Argentina) is south of the river. Paraguay is north of the river. Isla Apipe Grande is near the center of the photograph.