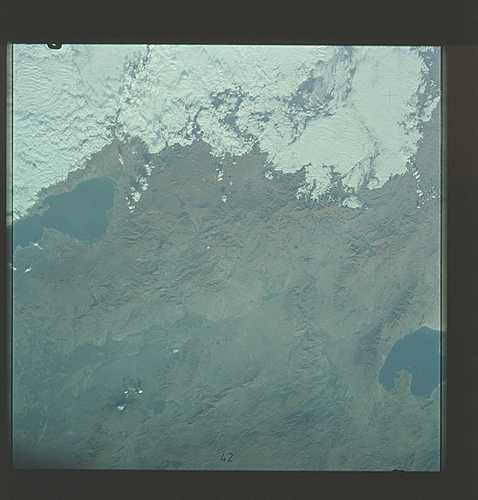 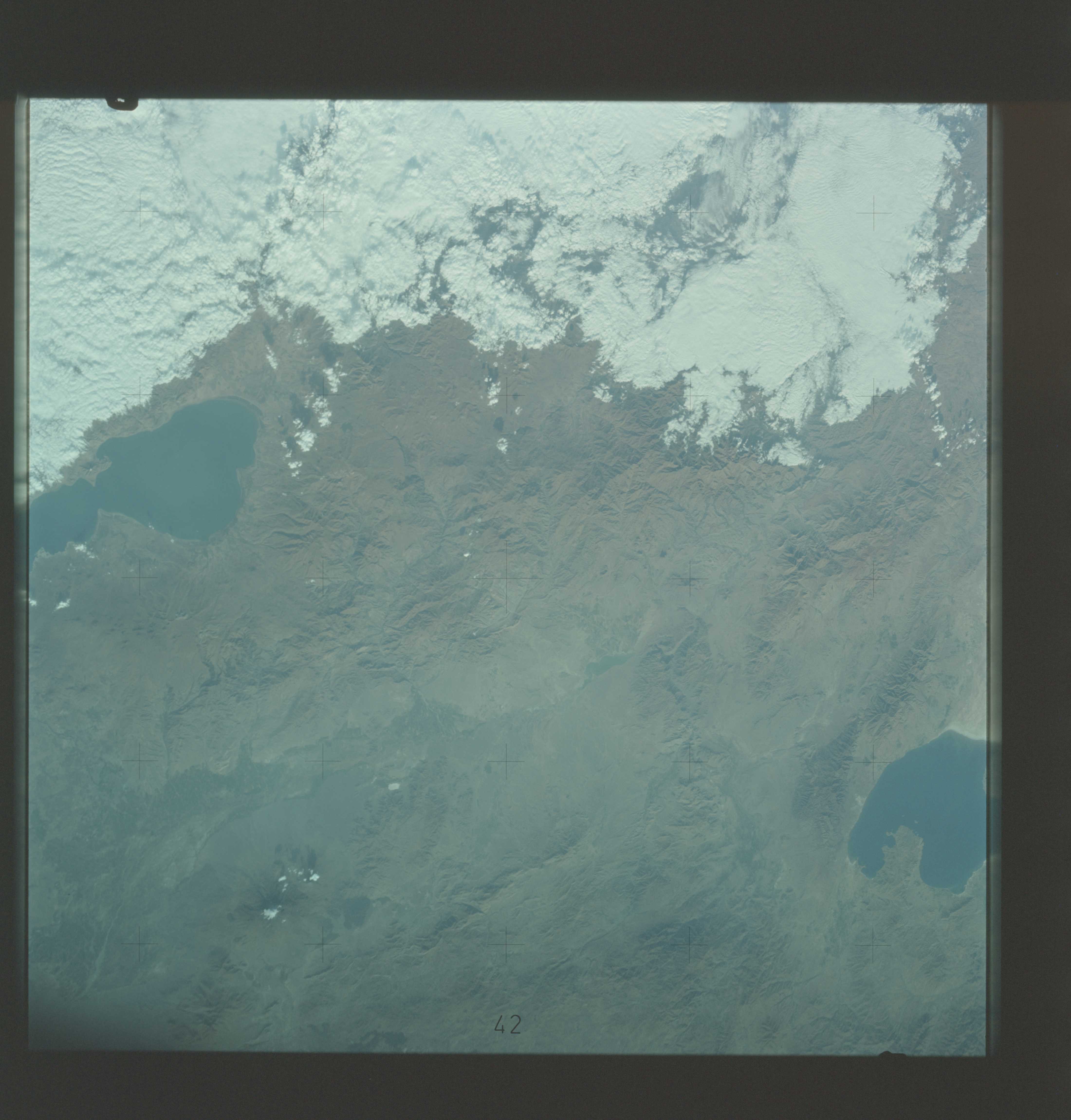 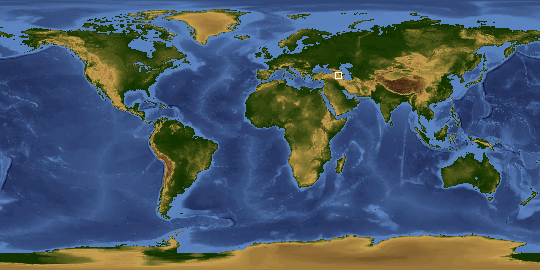 
A near vertical view of the border area of Turkey,Iran, Union of Soviet Socialist Republic (39.5N, 45.5E) as seen from the Skylab space station in Earth orbit. The lake at the top center edge is Ozero (Lake) Sevan in the USSR's Armenian Soviet Socialist Republic. The other body of water is Iran's Lake Urmia. The major feature in this photograph is Mount Ararat (16,945 feet) which can be seen in the upper left corner. Mount Ararat is in Turkey only a few miles from the Iran and USSR borders. Yerevan, the capital of Armenian SSR, is located north-northeast of Mount Arart.