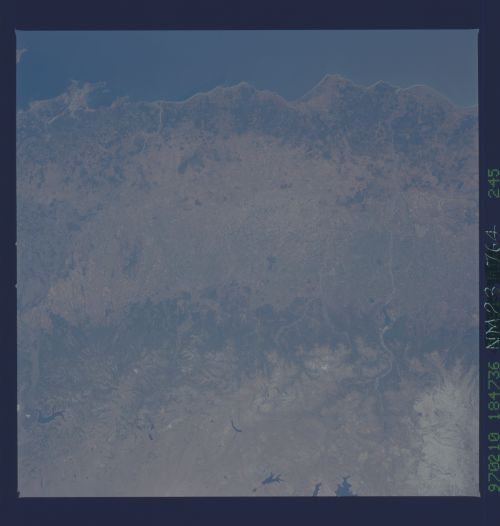 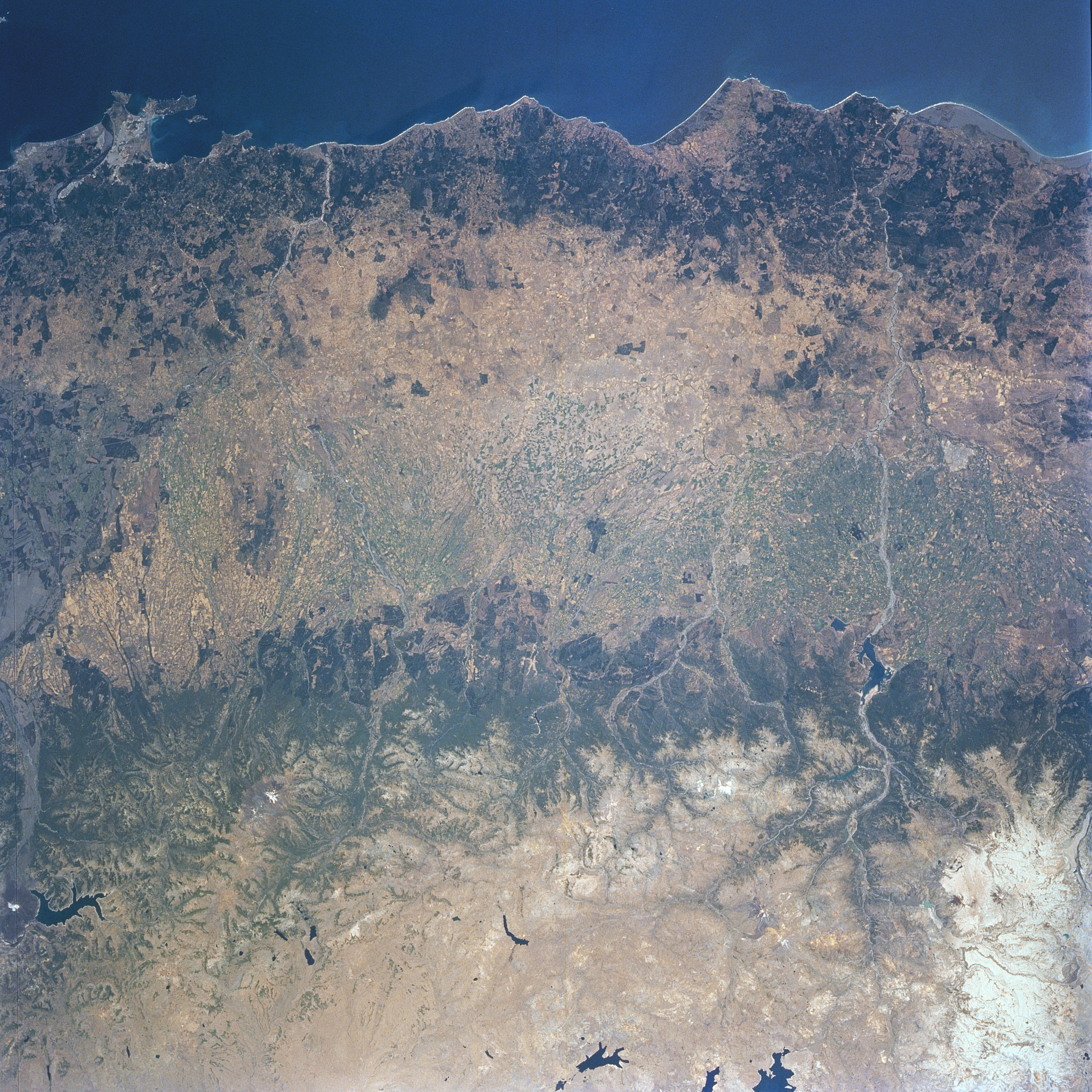 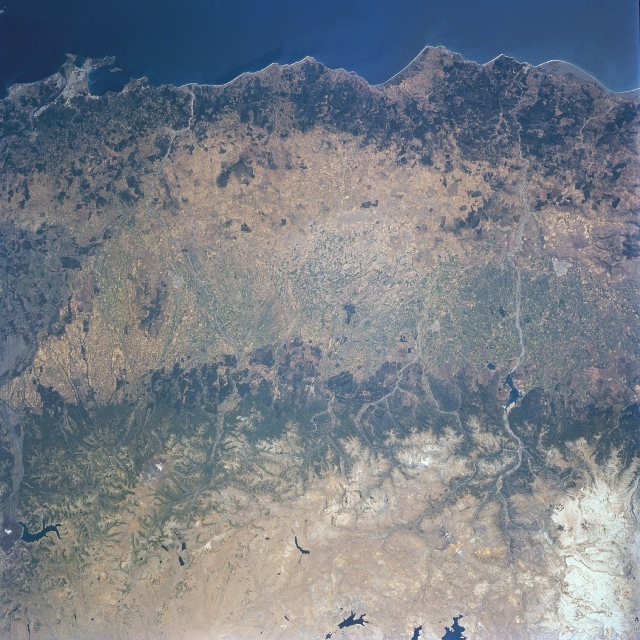 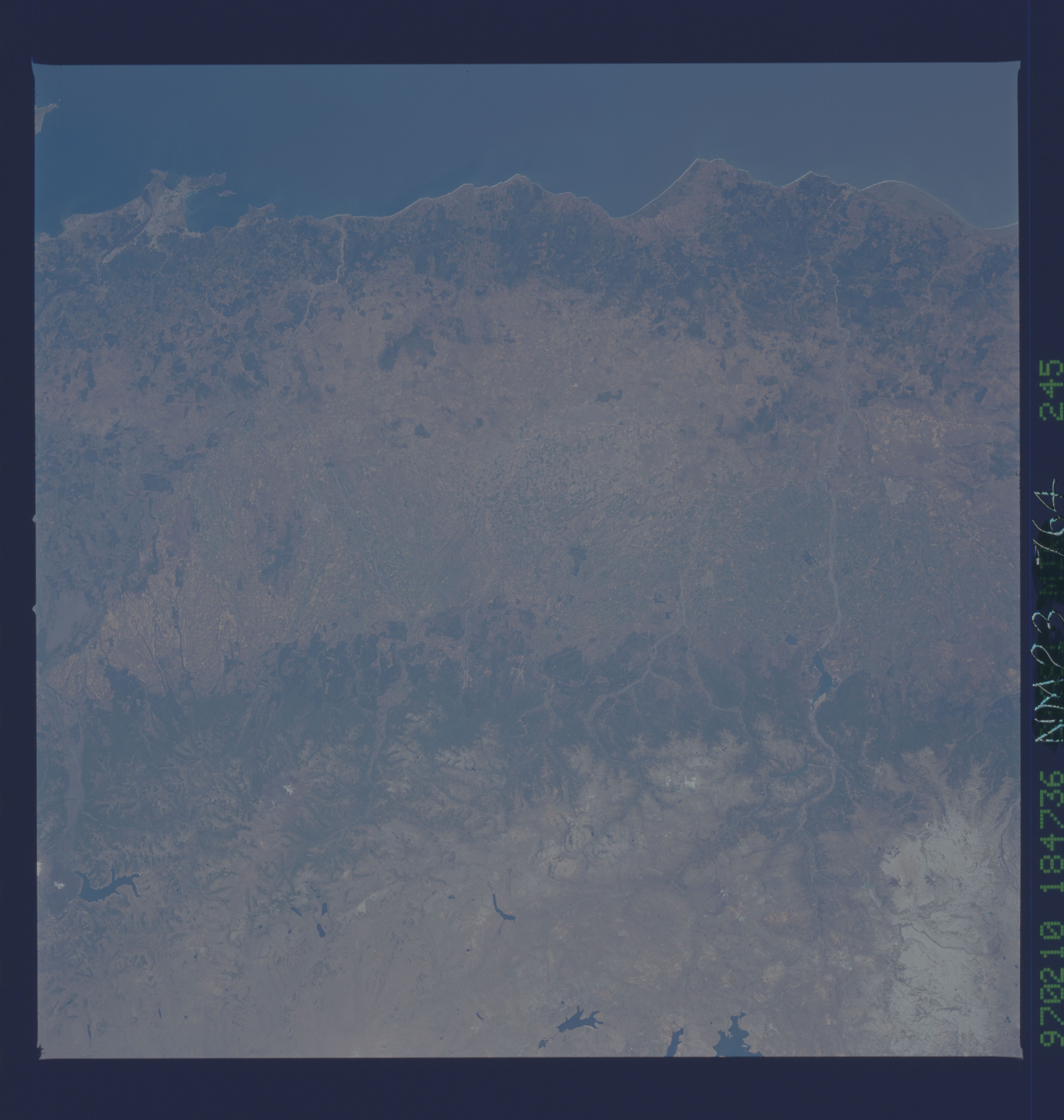 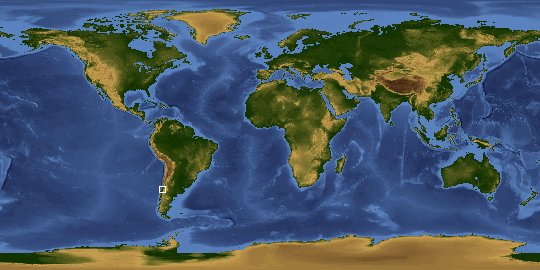 Other options available:
Download Packaged File
Download a Google Earth KML for this Image
View photo footprint information
Image Caption: NM23-764-245 Central Valley; Concepcion, Chile Winter/Spring 1997
The darker forested slopes of the Andes Mountains cross the view. The central Valley, with its favorable climate, is the broad lighter colored swath between the mountains and the coastline. It has good soils that produce a variety of agricultural products including fruits, vegetables, and grains. In the upper left, the metropolitan region of Concepcion and its port cities of Talcahuano and Tome are visible occupying most of a large irregular headland. Concepcion is located on the banks of the Bio-Bio River, 6 miles (10 km) from the river's mouth. The city is an industrial and commercial center. The ports of Talcahuano and Tome ship the products of the surrounding rich agricultural and mining region. Coal is mined in the nearby hills. Since Concepcion was founded in 1550, it has been severely damaged or destroyed by earthquakes ten times, the last in 1960. The high, semi-arid Patagonian Plateau is visible along the bottom (right) portion of the image. The Varvarco Compos Lake is visible at the bottom center (right margin) of the image.