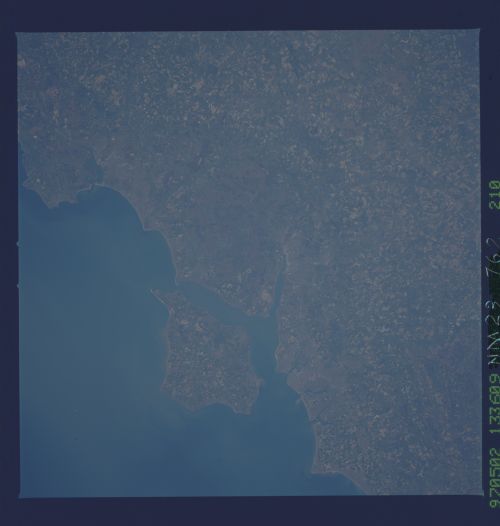 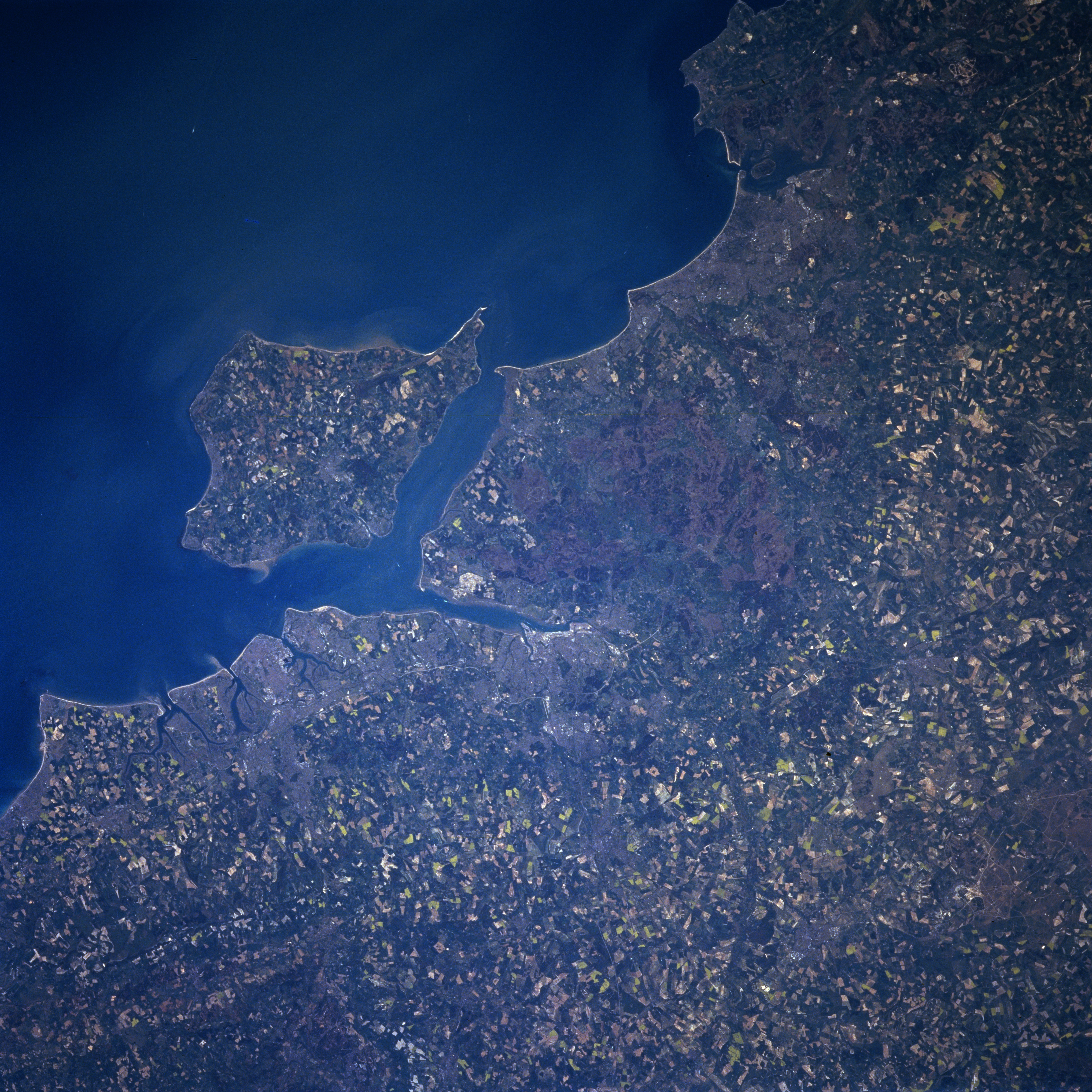 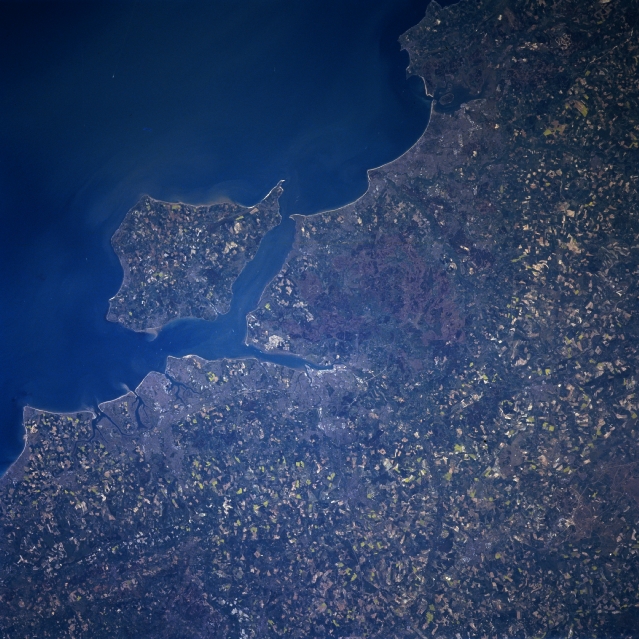 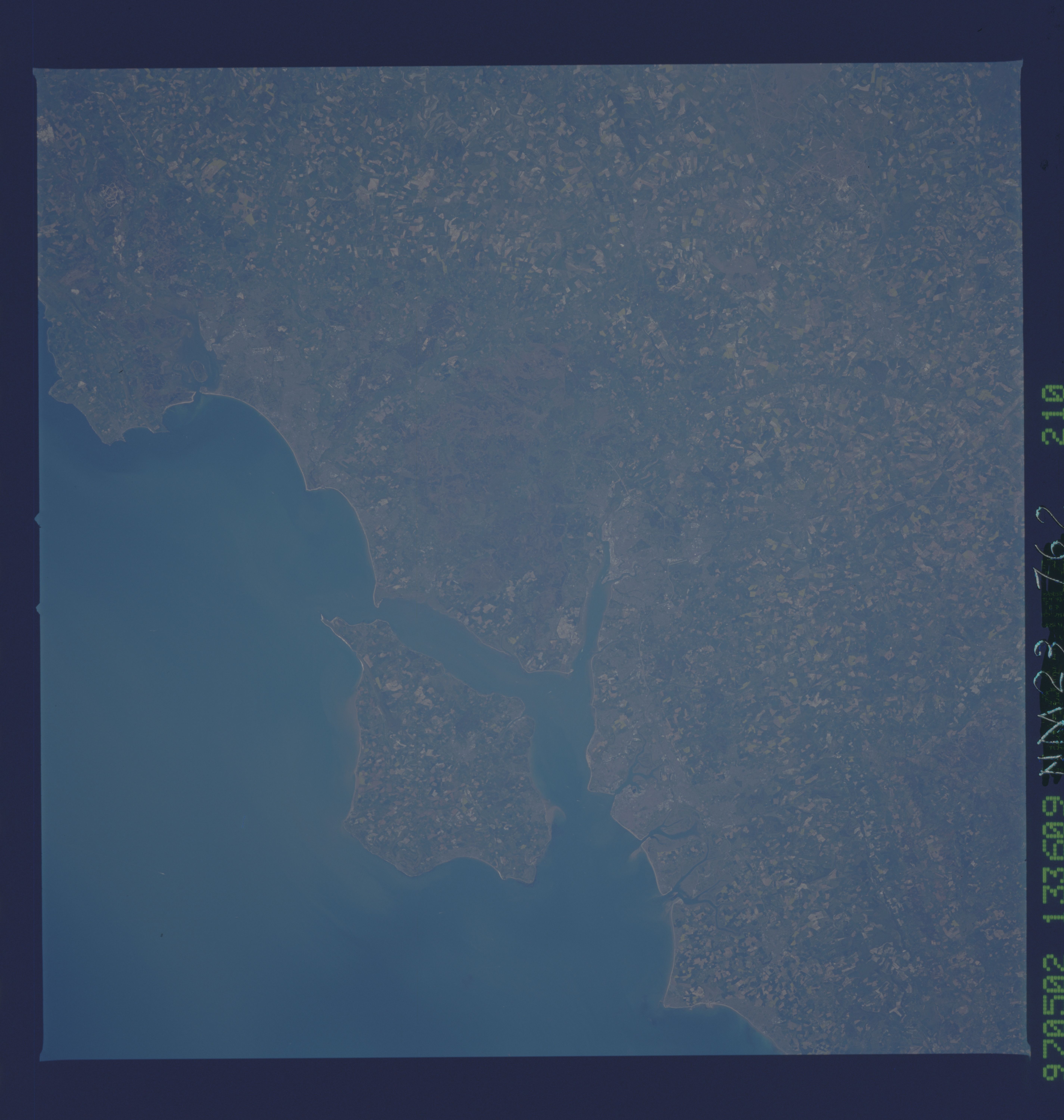 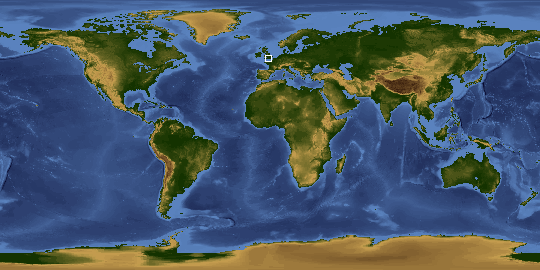 Other options available:
Download Packaged File
Download a Google Earth KML for this Image
View photo footprint information
Image Caption: NM23-762-210 Isle of Wight, South Downs, Portsmouth, Great Britain Winter/Spring 1997
The south central coast of England and the Isle of Wight can be seen in this south-southwest-looking view. Situated on the image midway between the center and left center, the Isle of Wight is 23 miles (37km) long and 13 miles (21 km) wide and covers an area of 147 sq. miles (381 sq. km). The Solent and Spithead Channels separate the Isle of Wight from southern England. The mild climate, scenery, and beautiful coastline make the Isle of Wight a popular tourist resort. In the bottom left quadrant of the image and extending to near the center of the image, the parallel ranges of the South Downs and Chalk Hills, are visible. Along the coast just to the north of the Isle of Wight, is the city of Portsmouth. The city is the site of a major British naval base. Portsmouth is the birthplace of noted author Charles Dickens. Another port and ship building city, Southampton, can be identified at the northern end of the elongated estuary north of Solent Channel.