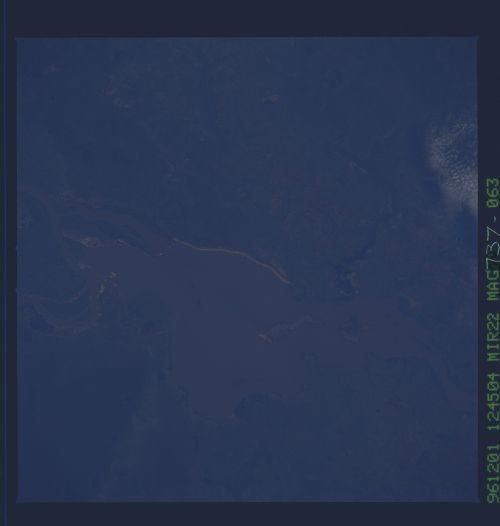 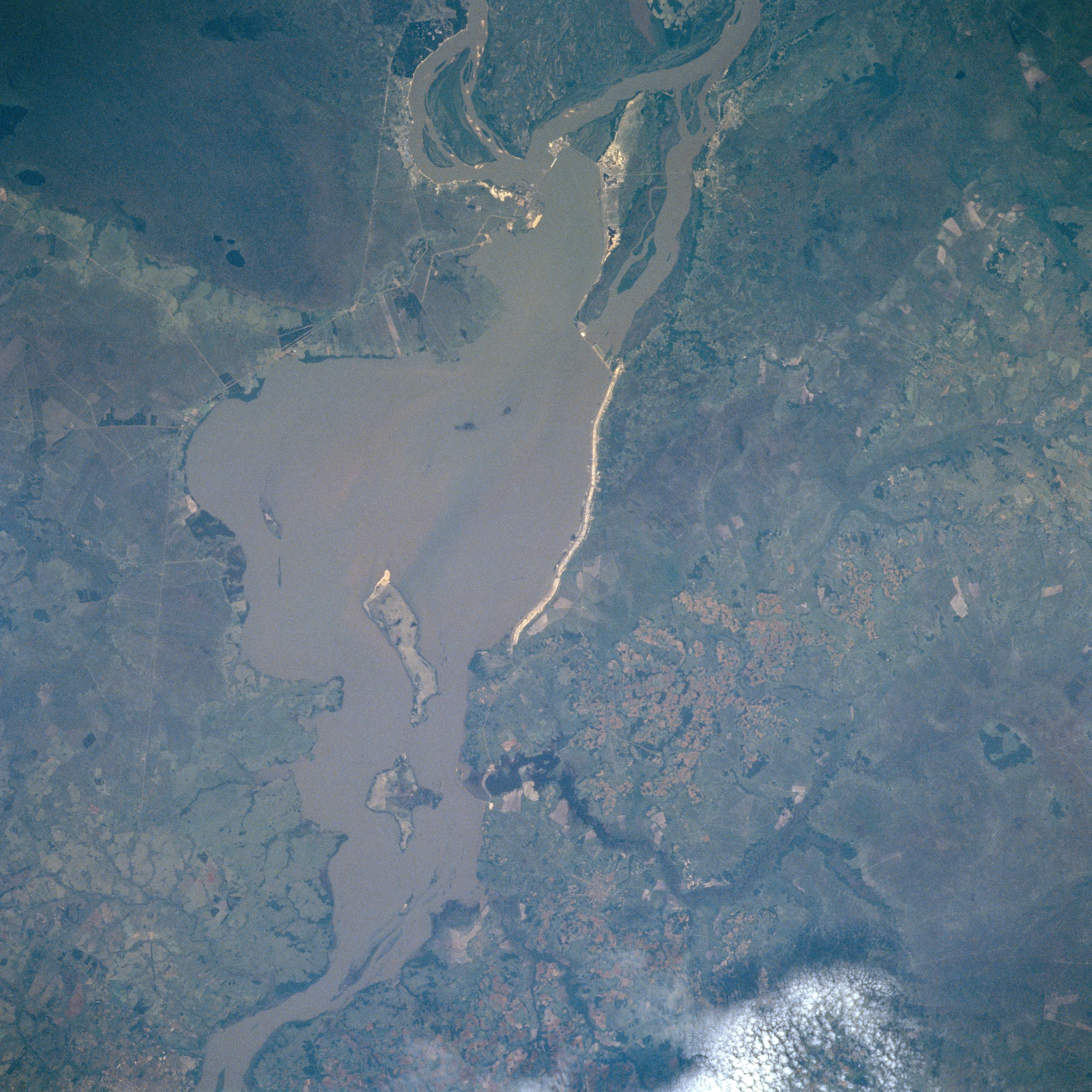 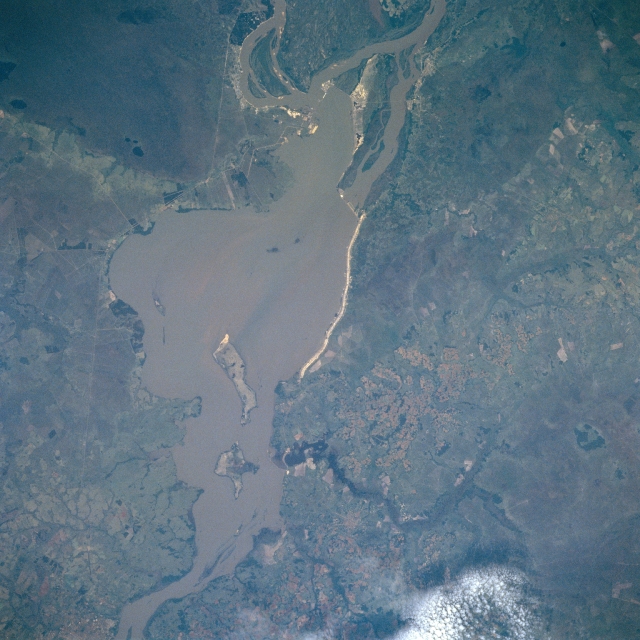 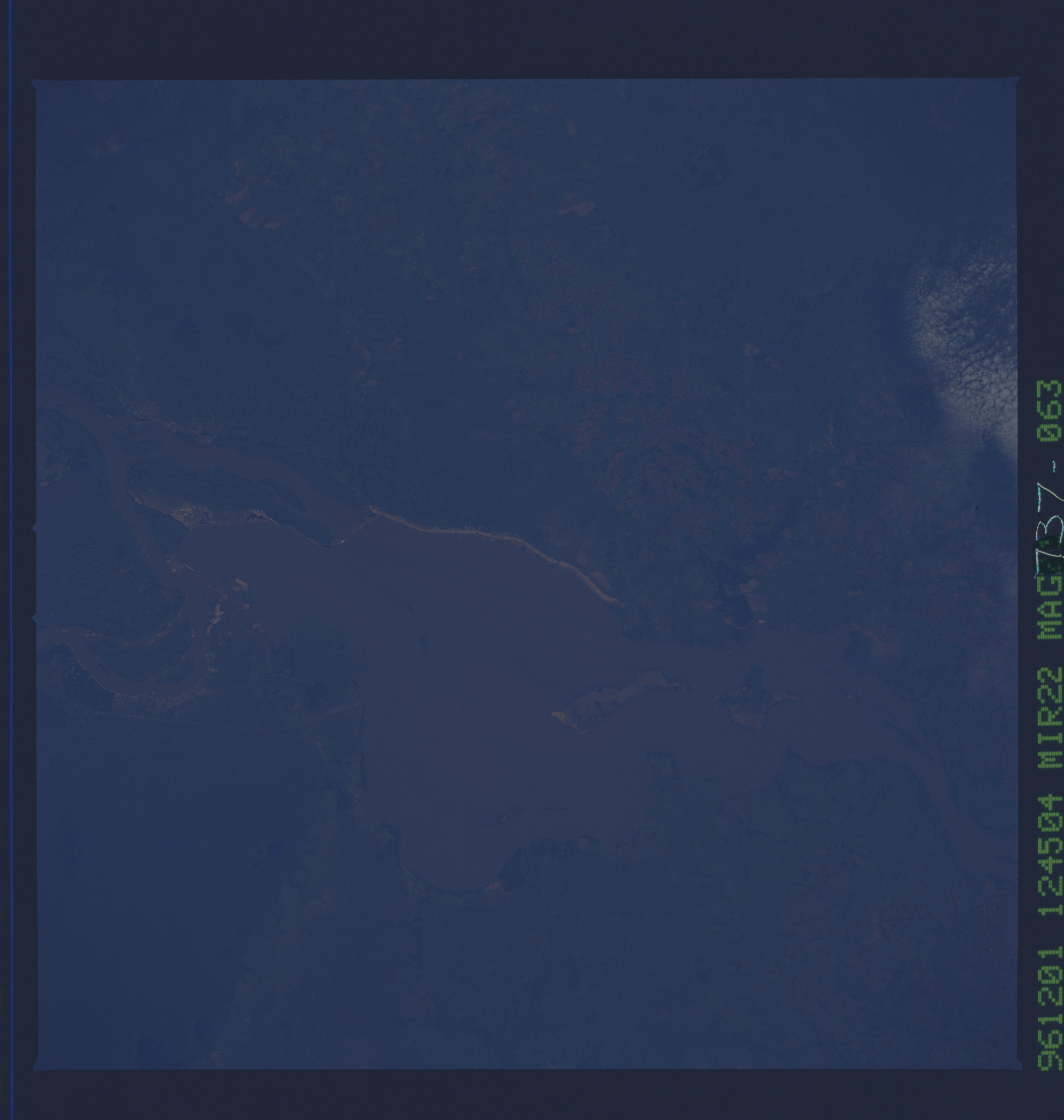 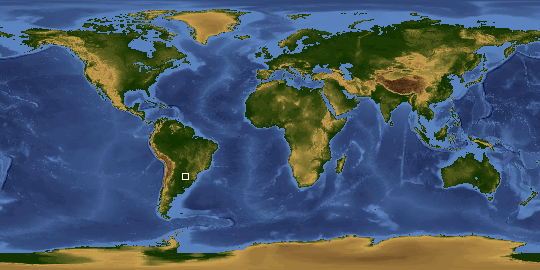 Other options available:
Download Packaged File
Download a Google Earth KML for this Image
View photo footprint information
Download a GeoTIFF for this photo
Image Caption: NM22-737-063 Yacyreta Dam, Argentina/Paraguay Winter/Spring 1997
The controversial Yacyreta Dam or Yacyreta hydroelectric project, named for an island in the Parana River, has been under construction since 1973. Additional engineering and environmental work remains before the project can be considered completed. The dam site is located west of Posadas, Argentina (city is not included in this picture) with Paraguay north of the reservoir and Argentina south of the reservoir. While the infrastructure of the two dam configuration is difficult to identify on this small-scale image, their actual locations can be ascertained by looking at the roughly triangular-shaped island in the Parana River (thin, slightly diagonal lines near top, center of the image). The 140 foot (43 meter) high Yacyreta Dam was built primarily to generate hydro-electricity for the shared benefit of Argentina and Paraguay. At the time that the photograph was acquired it appears that most of the reservoir has been filled and a considerable quantity of sediment can be observed in the reservoir. Wetlands exist on either side of the reservoir and the highly reflective, linear feature along the Paraguayan side of the image appears to be a levee.