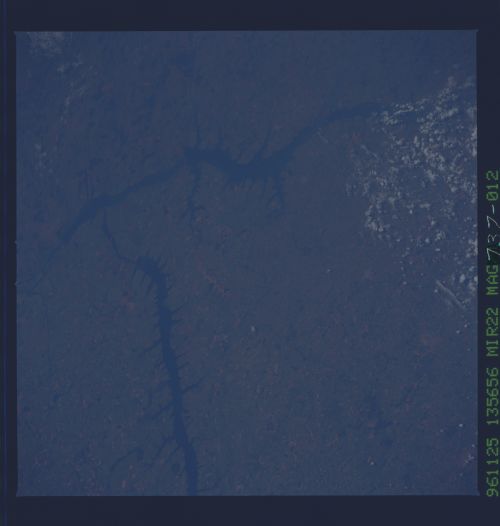 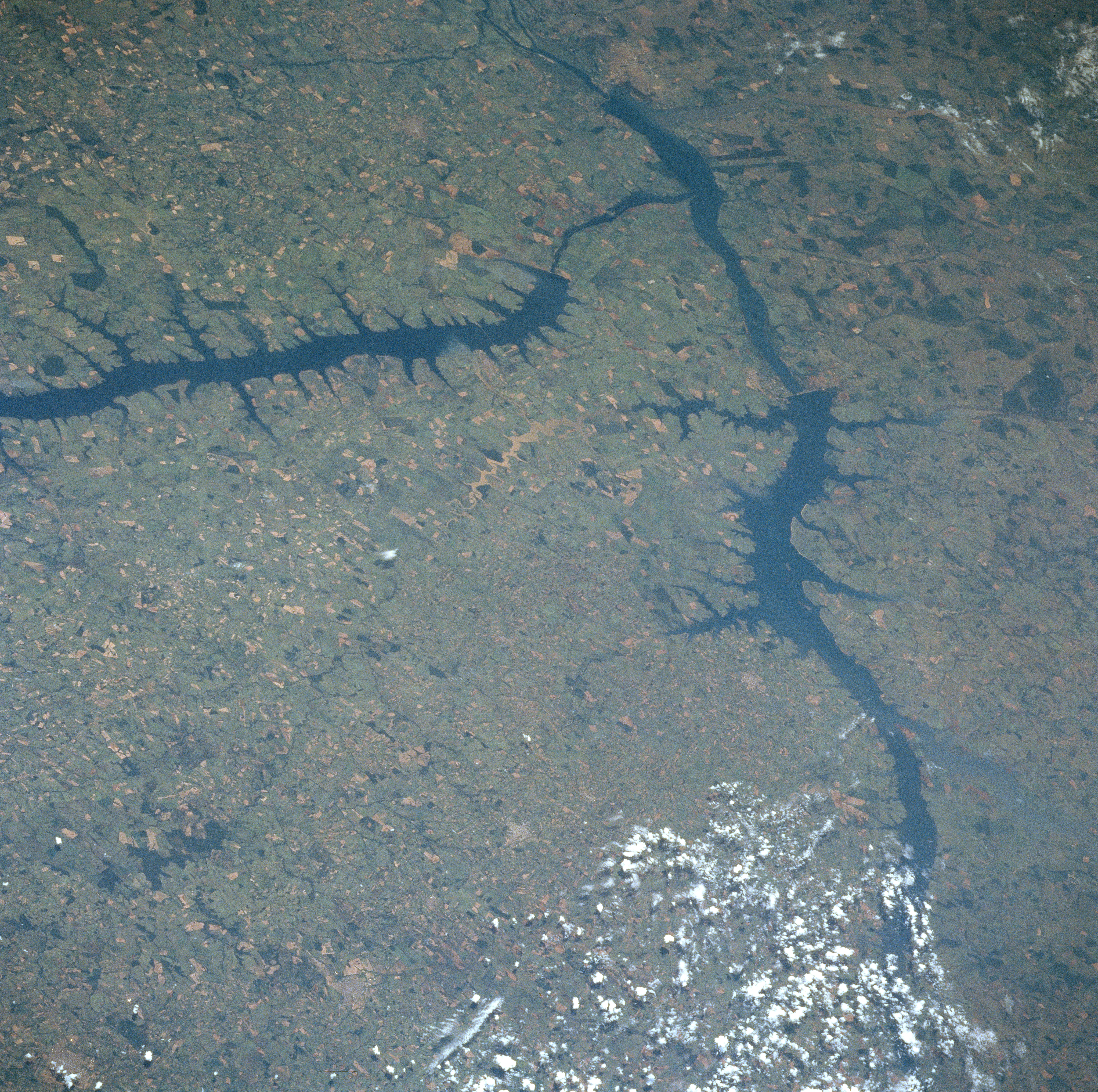 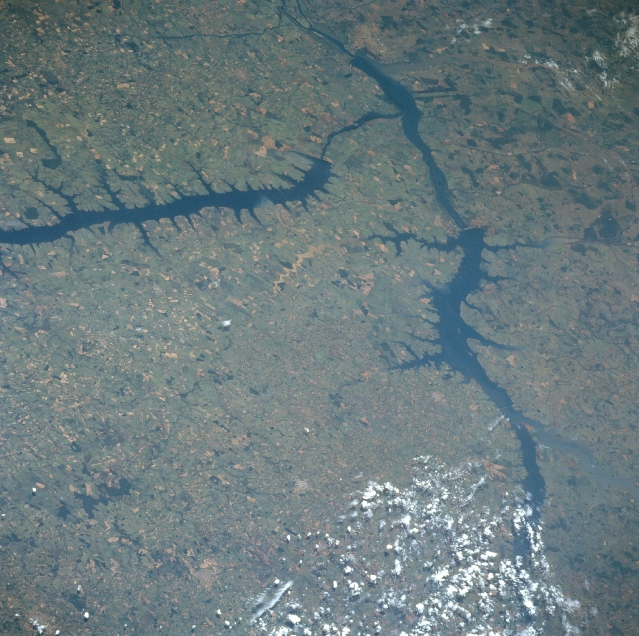 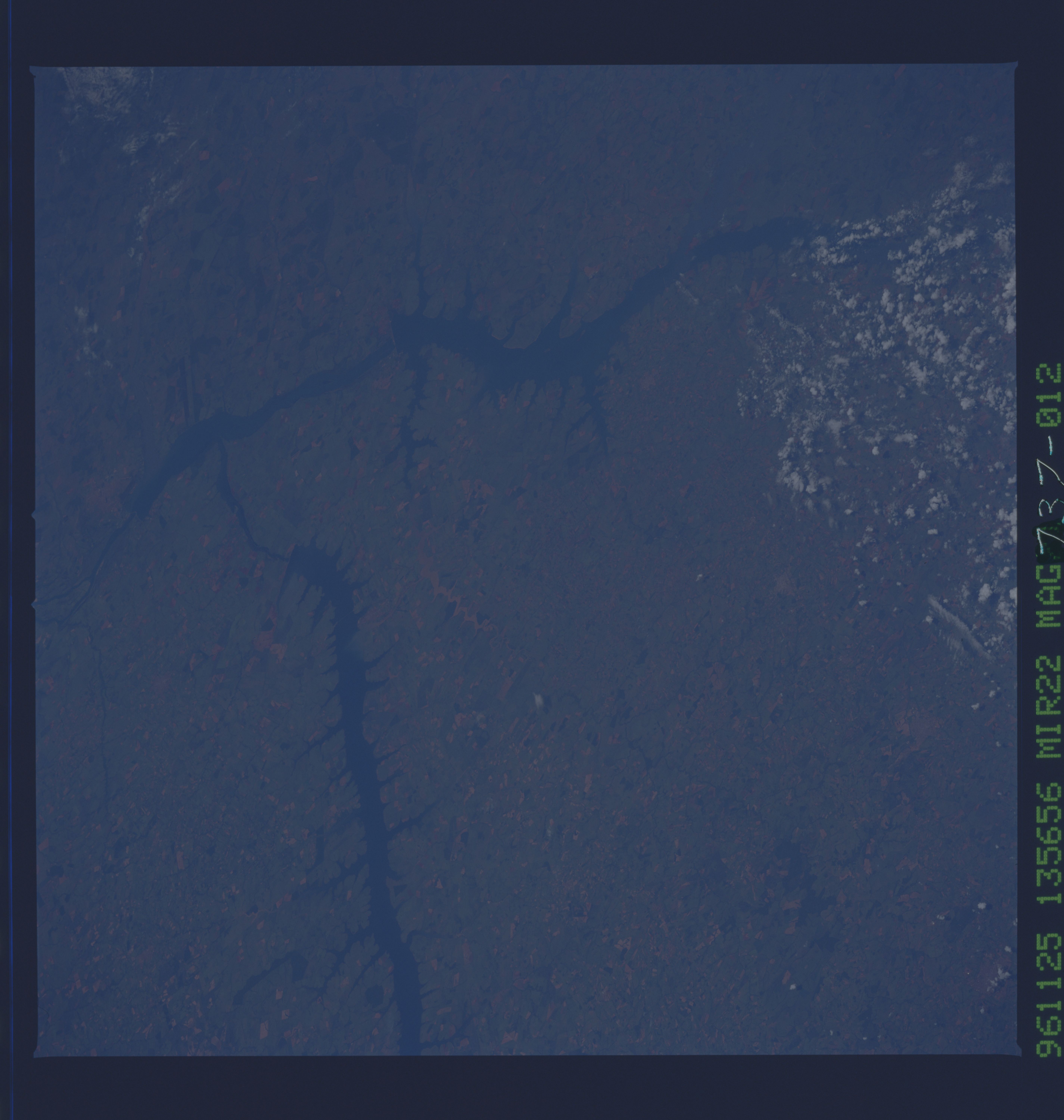 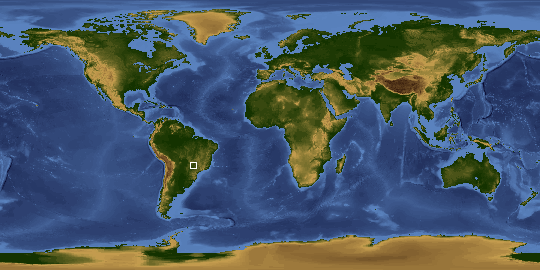 Other options available:
Download Packaged File
Download a Google Earth KML for this Image
View photo footprint information
Image Caption: NM22-737-012 Tiete River, Ilha Solteira and the Jupia Reservoirs, Brazil Fall 1996
The Parana River, which has the second largest drainage system in South America behind the Amazon, can be seen exiting the scene at the top center of the image. Near the bottom right portion of the image, the Rio Grande and Paranaiba Rivers join together to form the Parana. The large reservoir seen extending from just above the left center of the image to just above the center of the image is a new reservoir built on the Tiete River, which joins the Parana in the DeJupia Reservoir. The landscape in this scene is hilly to flat terrain and is an extensive agricultural region in Brazil.