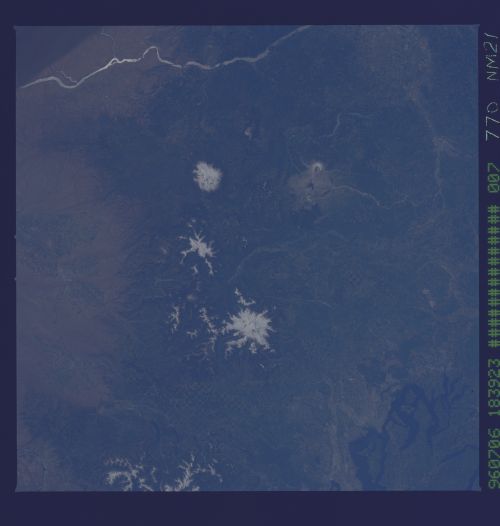 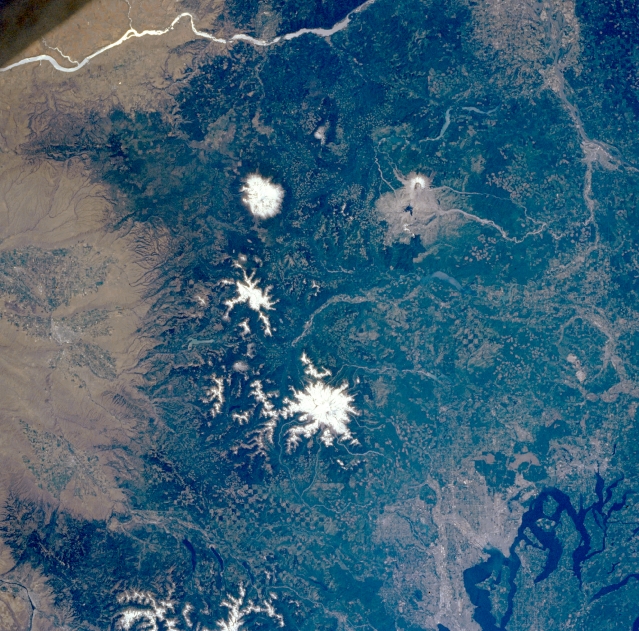 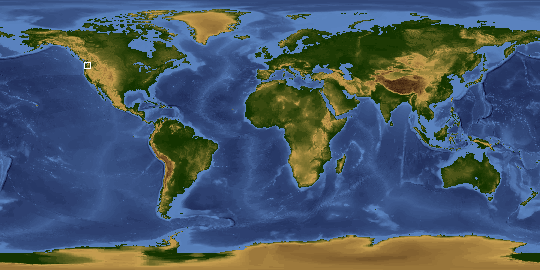 Other options available:
Download Packaged File
Download a Google Earth KML for this Image
View photo footprint information
Download a GeoTIFF for this photo
Image Caption: NM21-770-007 Mount Saint Helens, Mount Adams, and Mount Rainier; Washington; U.S.A. Winter 1996
The southern Washington Cascade Range is visible in this near-vertical photograph. The Columbia River, separating the states of Oregon and Washington, can be seen at the top of the photograph. The second-highest peak in the Cascade Range, Mount Adams, is visible north of the river. The horseshoe-shaped summit and caldera of Mount Saint Helens and the gray blast zone from its eruption of May 18, 1980, can be seen west of Mount Adams. North of Mount Adams and Mount Saint Helens is Mount Rainier, the highest peak in the Cascade Range and the second highest peak in the contiguous United States. The streams draining Mount Saint Helens remain choked with ash from the eruption. Mount Rainier is also considered to be one of the prime volcanic hazards in the United States because of its proximity to the Tacoma-Seattle region (upper left corner). Puget Sound and the cities of Olympia, Tacoma, and Seattle are visible near the bottom right, and the city of Yakima is barely discernible near the center left. The checkerboard pattern in the forests of the Cascades is from logging clear cuts.