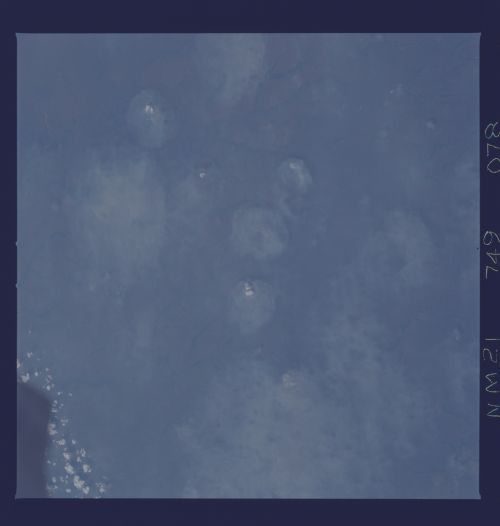 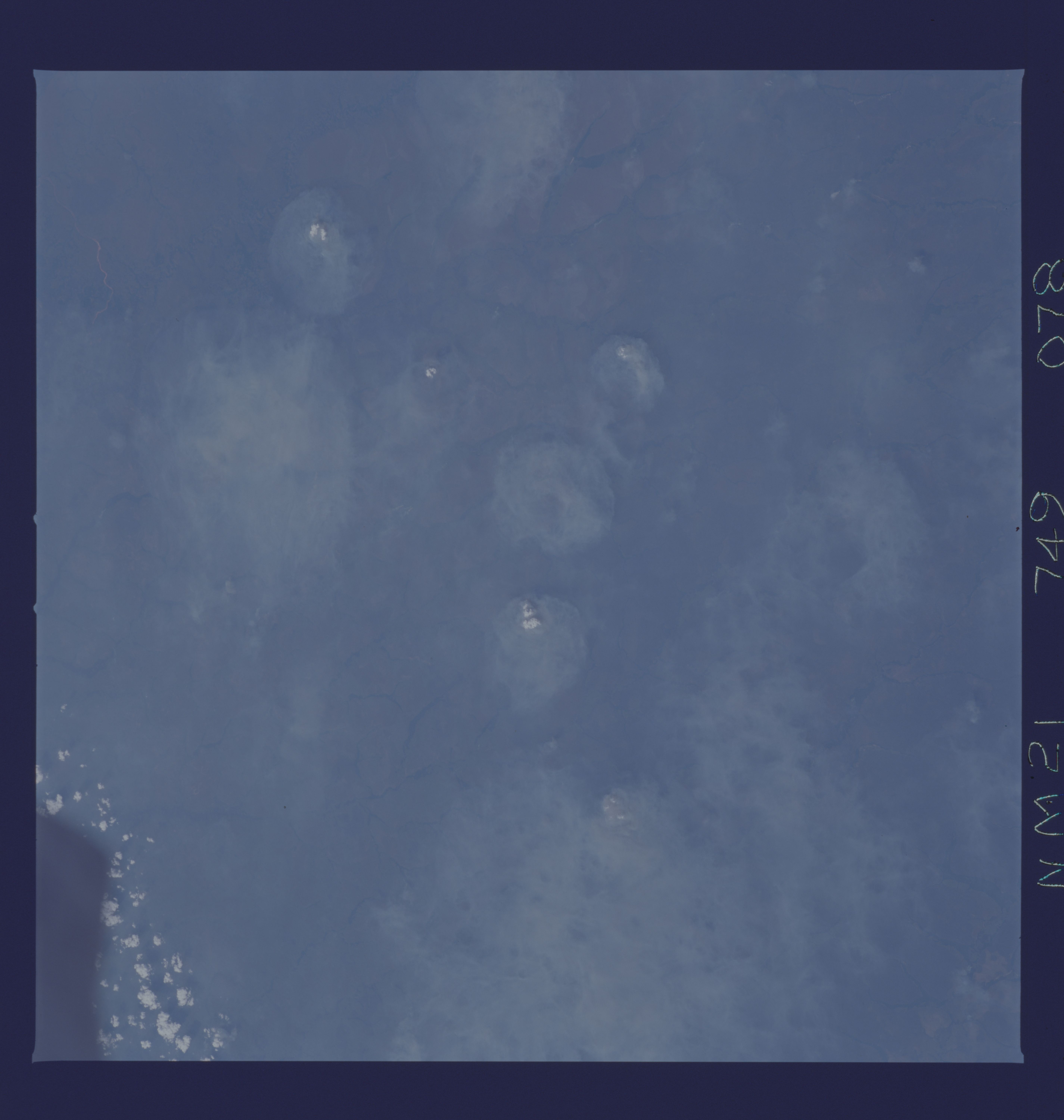 
Spacecraft Altitude: nautical miles (0km)
Other options available:
Download Packaged File
Download a Google Earth KML for this Image
View photo footprint information
Image Caption: Burning and smoke in the Kalahari desert in southern Africa is a common place view from orbit. This photograph of Kalahari smoke plumes was taken in mid-June 1996, The image is unique because the smoke plumes are not carried by low level winds. Instead, the smoke rises and spreads out from the fire uniformly, looking like smoke "pancakes" when viewed from space. Some of the fires are hot enough to support small cumulus clouds on top of the smoke (the small puffy white clouds in the middle of the gray smoke pancakes).