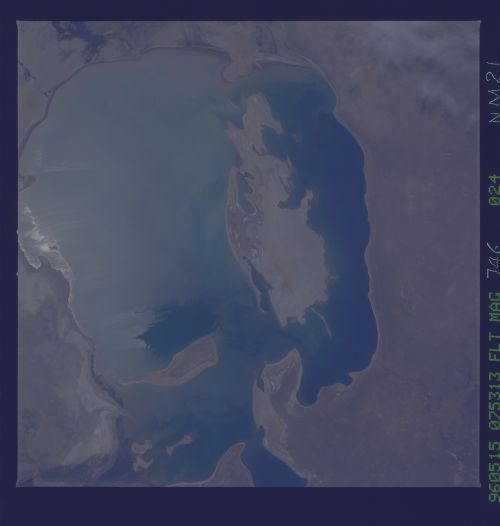 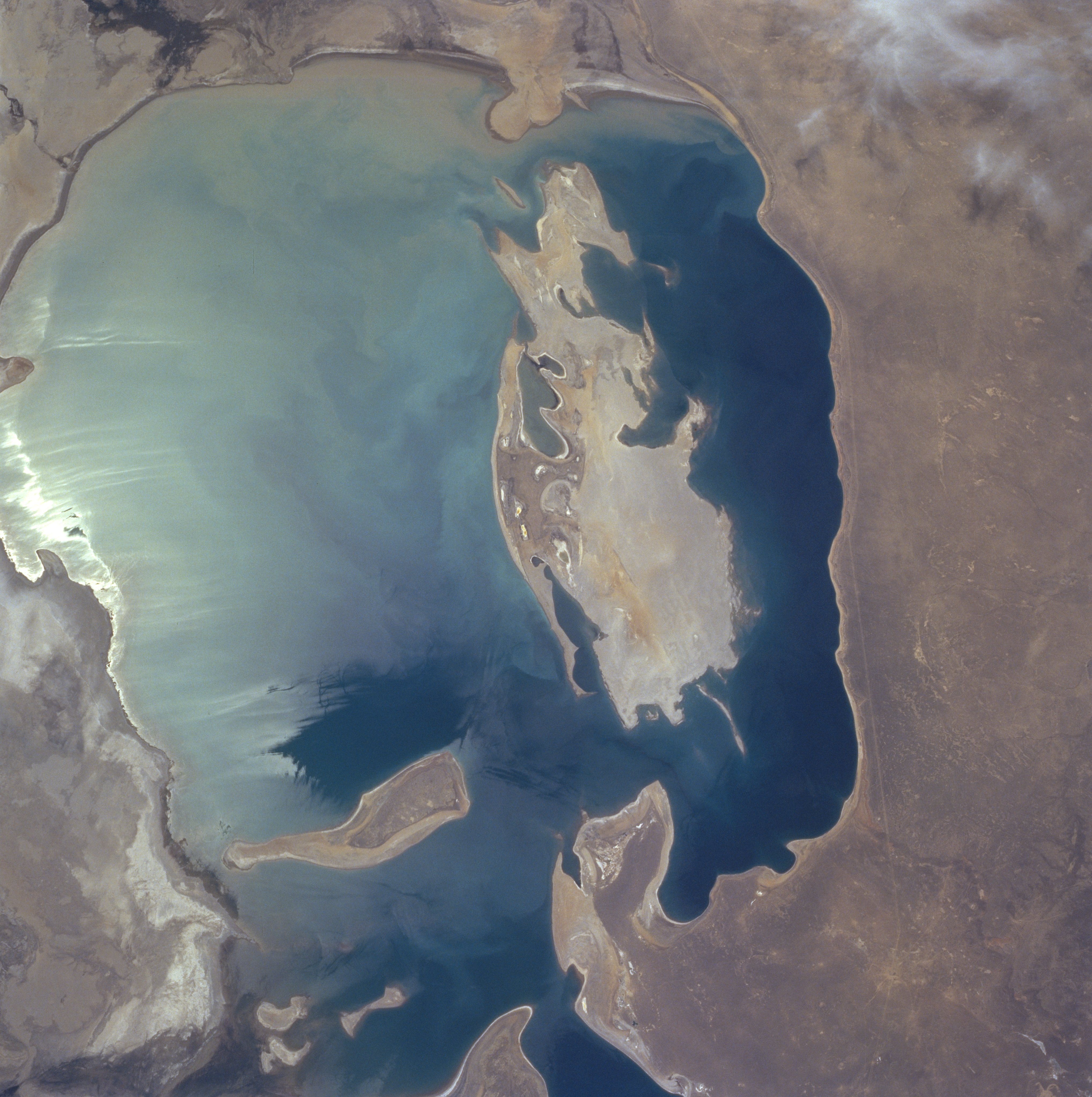 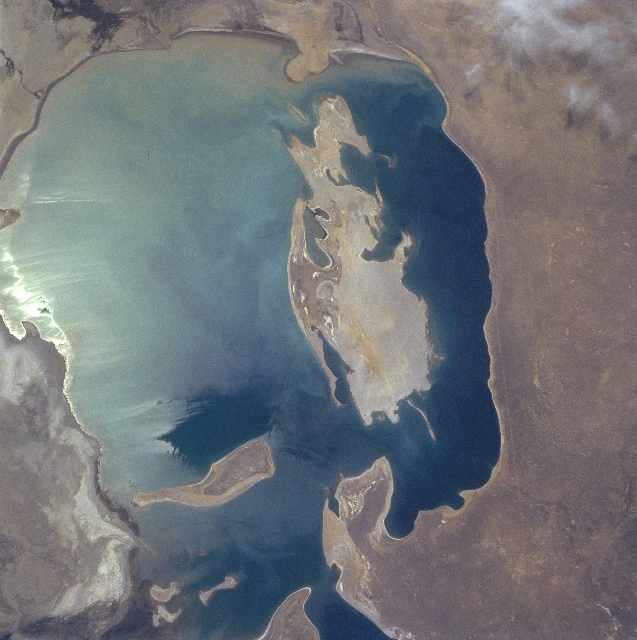 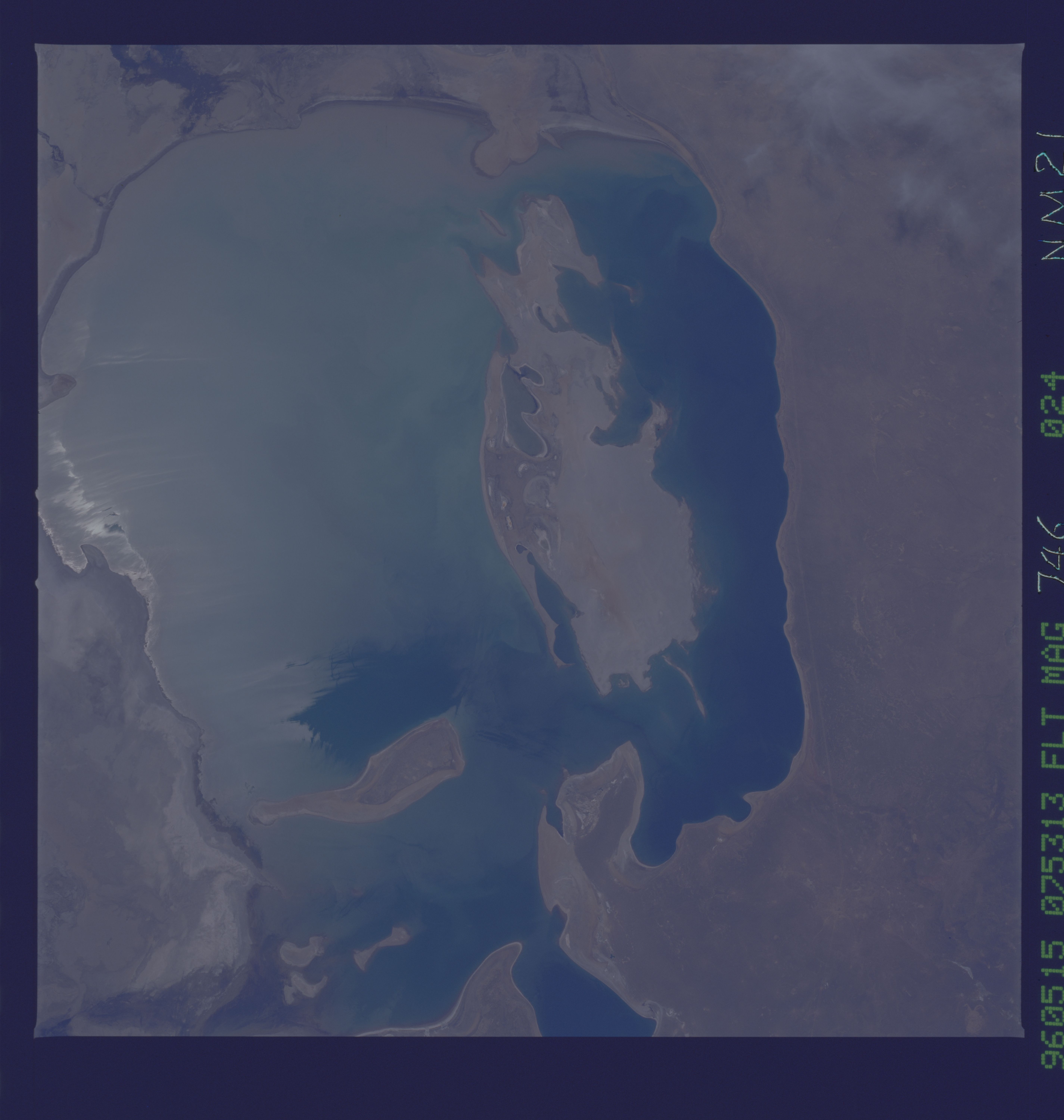 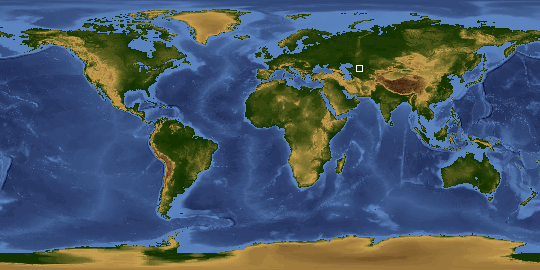 Other options available:
Download Packaged File
Download a Google Earth KML for this Image
View photo footprint information
Image Caption: NM21-746-024 Aral Sea, Kazakhstan and Uzbekistan Spring-Summer 1996
As a result of the shrinking size (due to the loss of recharge water and a high rate of evaporation) of the Aral Sea, both Vozrozhdeniya Island (irregular-shaped, large) and Barsakel'mes Island (elongated, smaller) are gaining more surface area, which was formerly the sea floor. If sea level continues to drop the Aral Sea could continue to become more compartmentalized (the Little Aral Sea - not in this image - has already been created north of the Aral Sea). As more of the sea bottom is exposed and the islands and peninsulas become connected land, the existing Aral Sea could become several separate bodies of water - forming new lakes. Since much less fresh water now enters the sea (most water diverted for agriculture), salinity levels have steadily increased since 1960. The bright area in the eastern (left) half of the sea is caused by the sun's reflection off of the water's surface, a phenomenon known as sunglint or sun glitter. A pipeline right of way and a road (thin, light-colored, lined feature) parallel the west side of the sea.