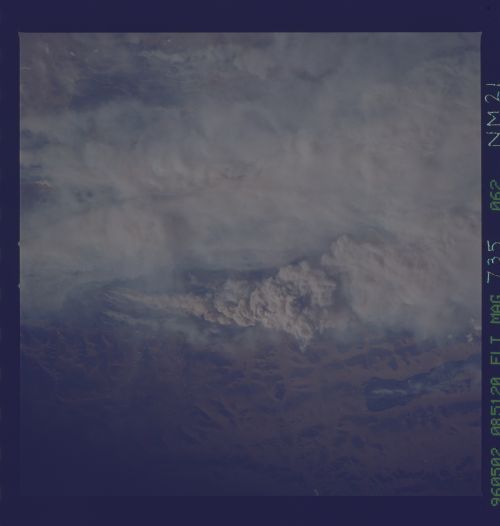 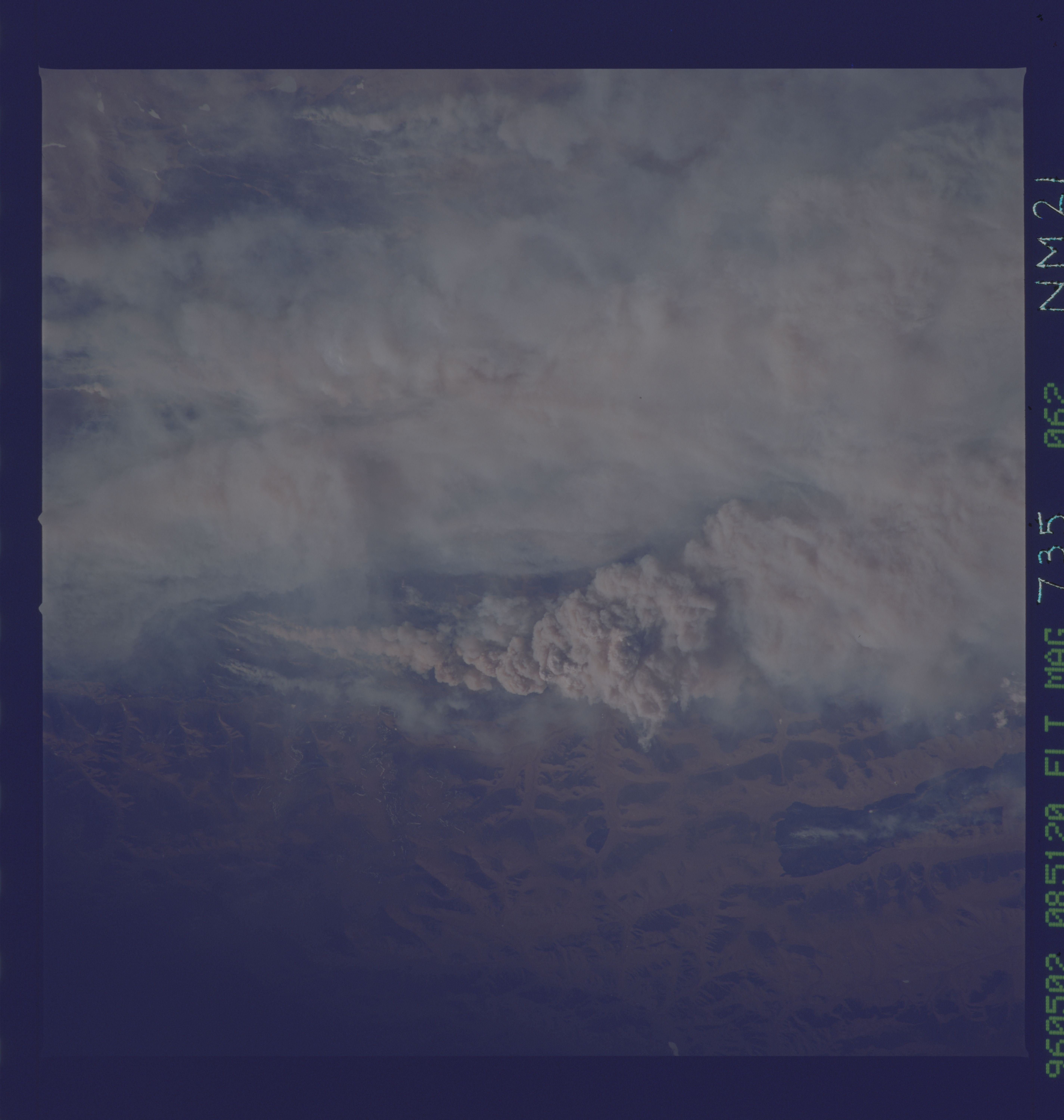 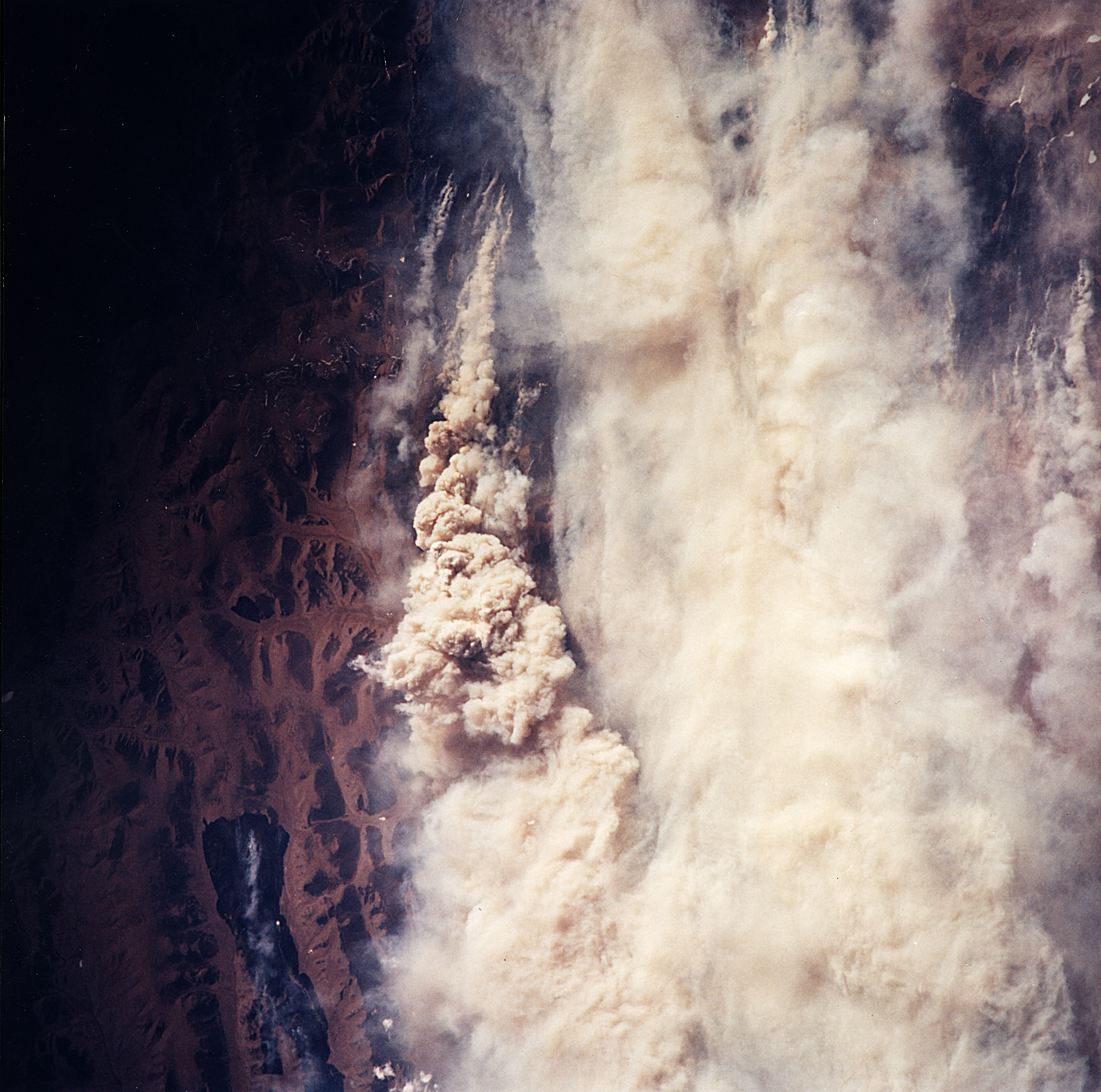 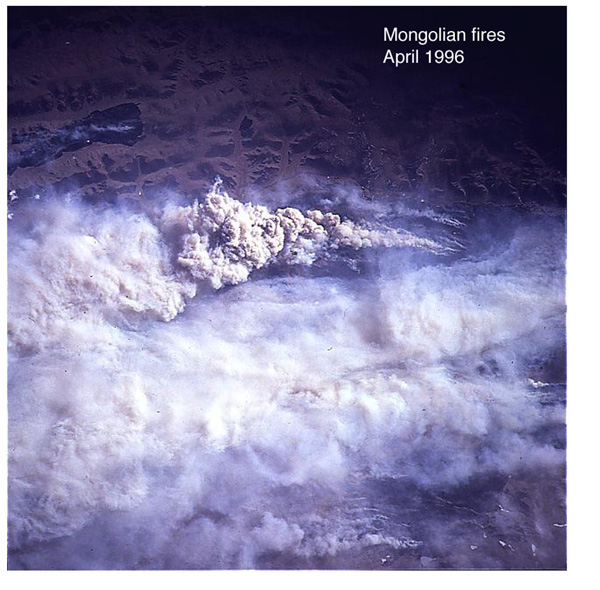 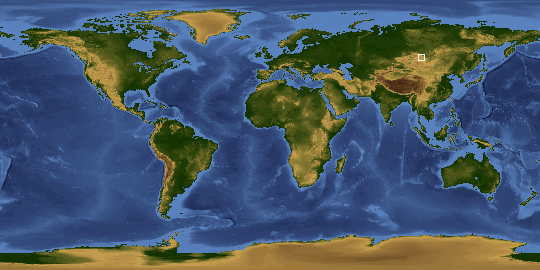 Other options available:
Download Packaged File
Download a Google Earth KML for this Image
View photo footprint information
Image Caption: In April, 1996, Mongolian forest fires raged out of control for more than three weeks. More than 80 fires consumed the land, and the smoke pall from the fires was described by the Mir 21 crew members as the worst smoke they had ever seen from orbit. This view captures part of the thick smoke palls from the burning forests on the Mongolian Steppe.