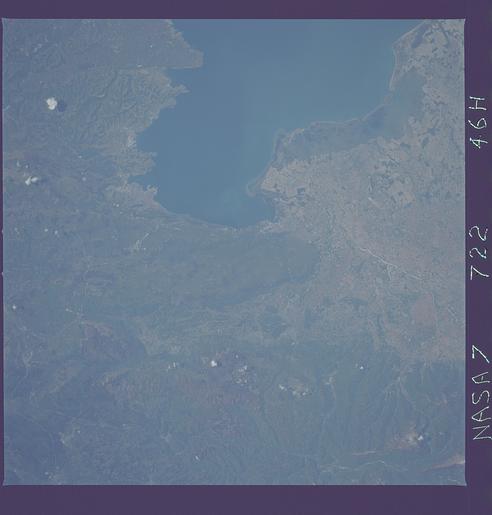 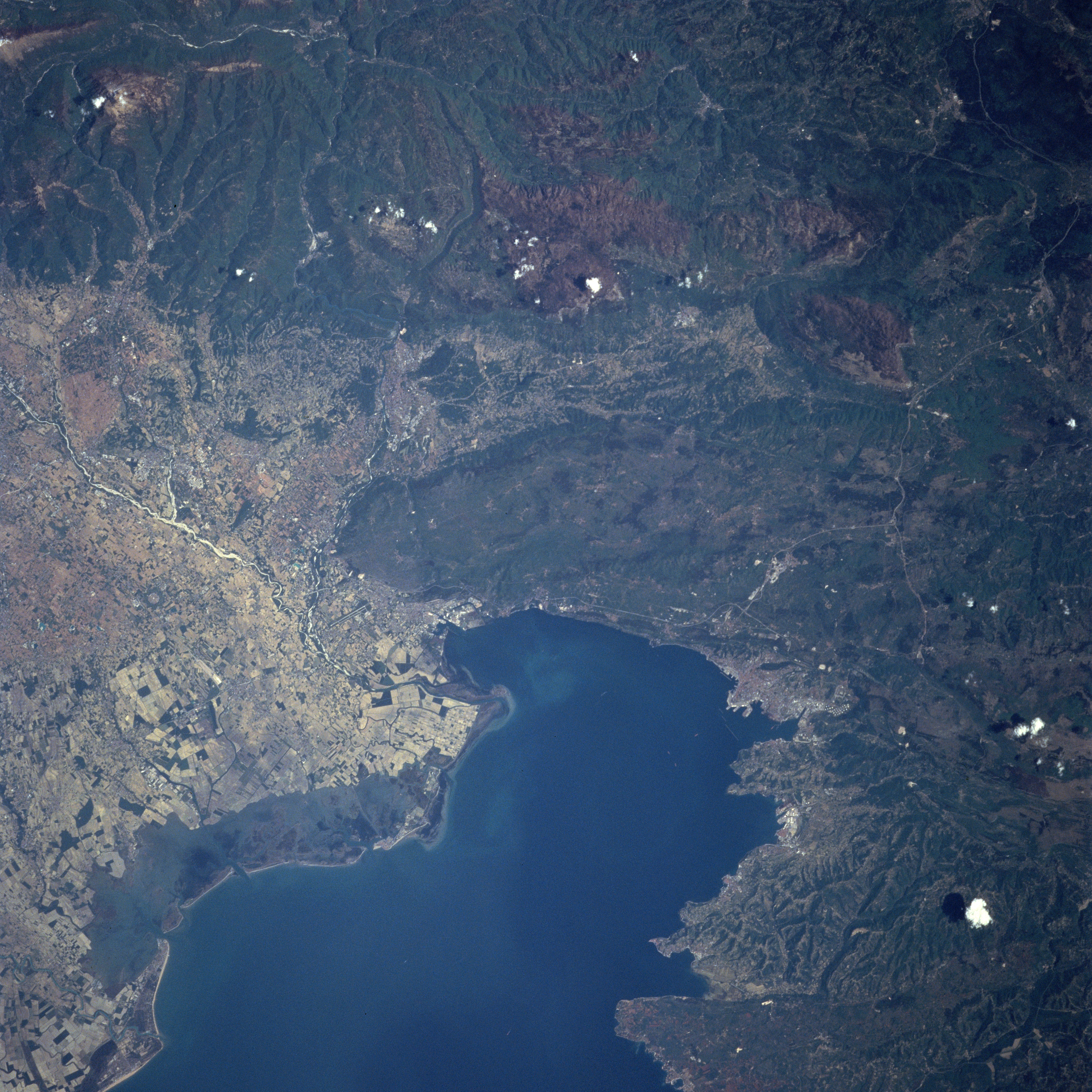 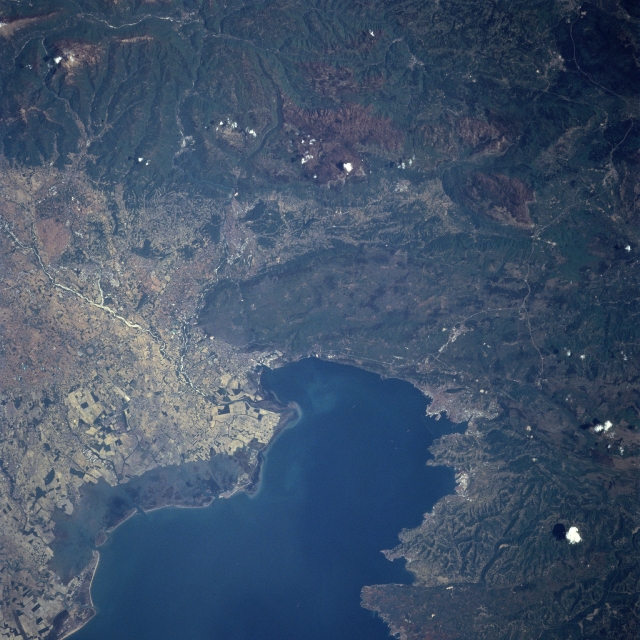 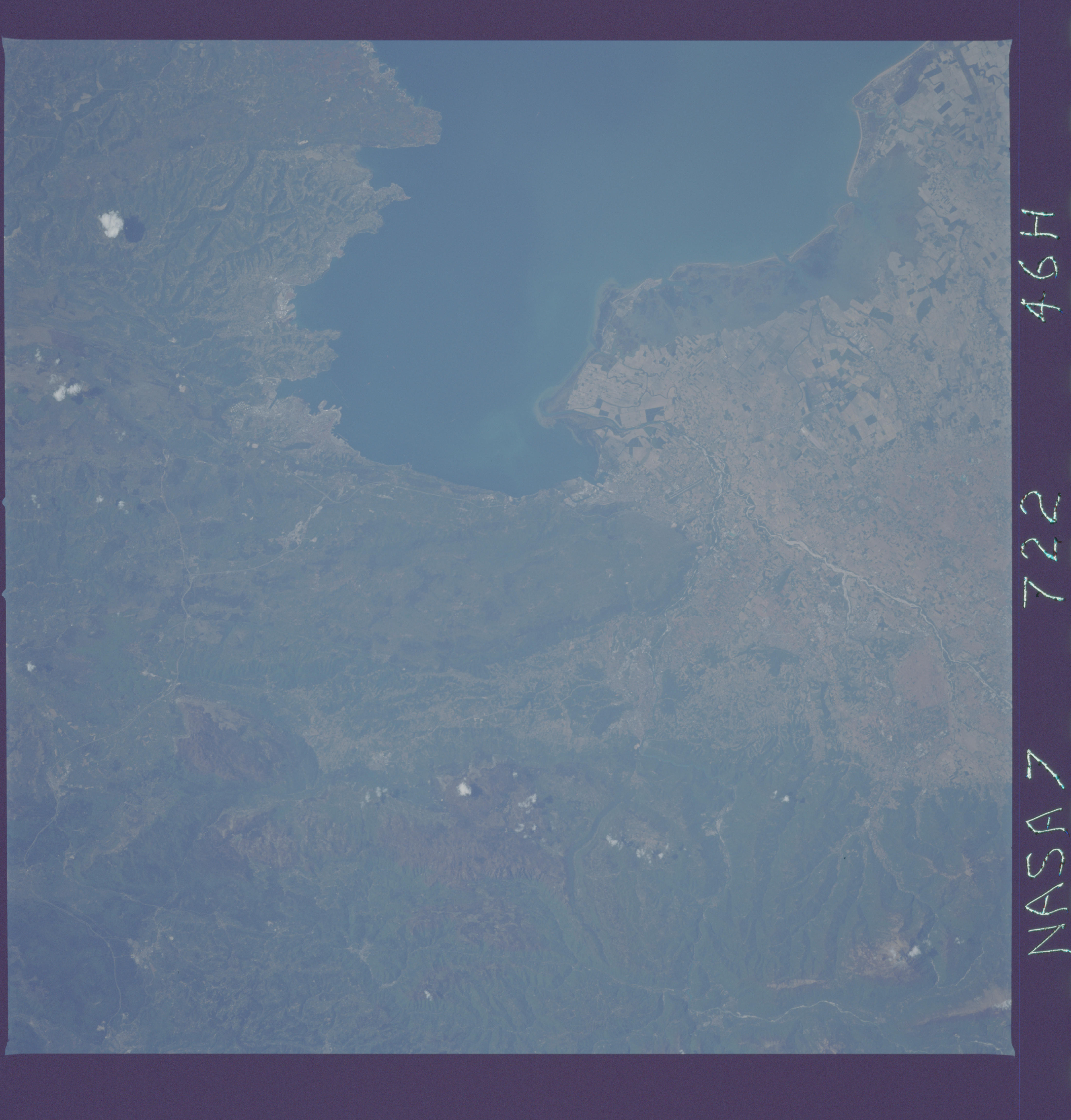 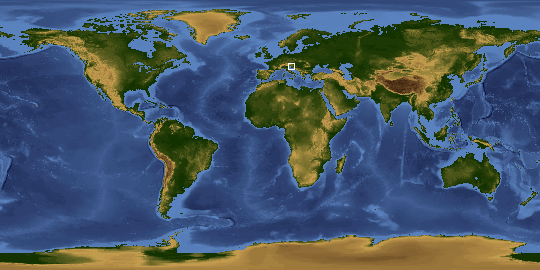 Other options available:
Download Packaged File
Download a Google Earth KML for this Image
View photo footprint information
Image Caption: NASA7-722-46H Gulf of Trieste, Italy Spring 1998
The dark-looking waters of the Gulf of Trieste (bottom center) is located at the northern end of the Adriatic Sea. The gulf is bounded by Italy on the north and east and by Slovenia on the southeast. Three small Slovenian port cities (Piran, Izola, and Koper) are located along the coastline. A narrow strip of land that encircles most of the gulf belongs to Italy. The only exception is the above mentioned northwest coast of the Istrian Peninsula (only part of the peninsula is visible in this picture)in the lower right corner of the scene. The historic and picturesque seaside city of Trieste is barely discernible along the eastern edge of the Gulf of Trieste. The darker colored landscape throughout most of the image is rugged, forested mountains. An area of coastal wetlands in northeast Italy (lower left) also has a dark appearance (along the northwest coast of the Gulf of Trieste). The lighter colored mottled-looking landscape (left center) is part of the coastal plains where a variety of crops are produced. The light-colored, linear feature (middle left) is part of the Isonzo River that drains eastern Italy. A small delta is visible where the Isonzo River drains into the north side of the Gulf of Trieste.