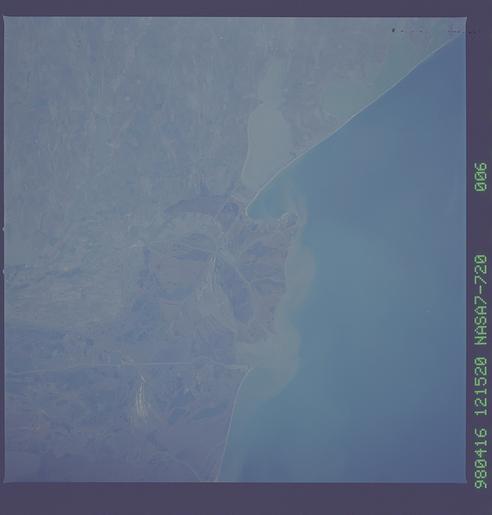 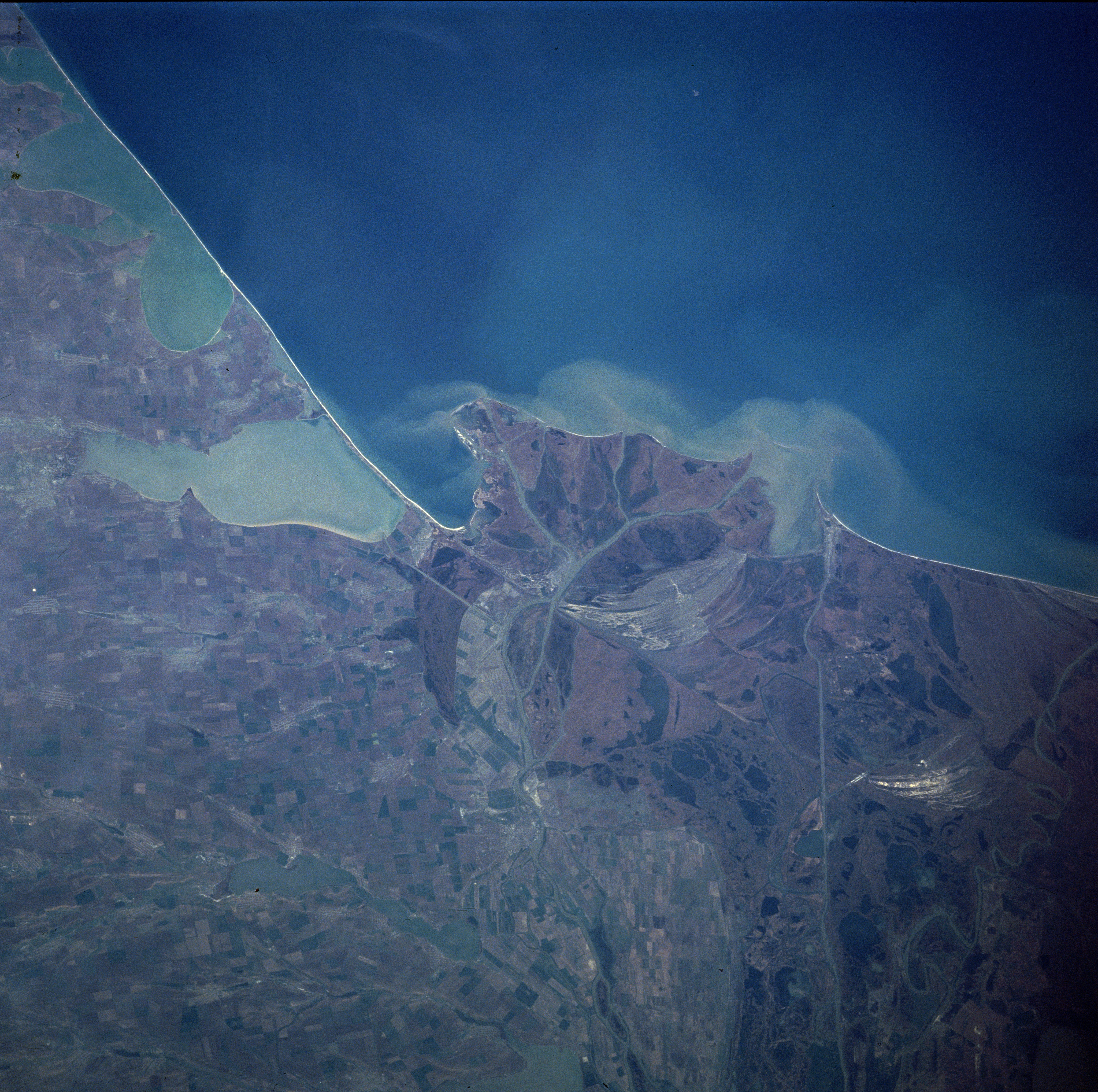 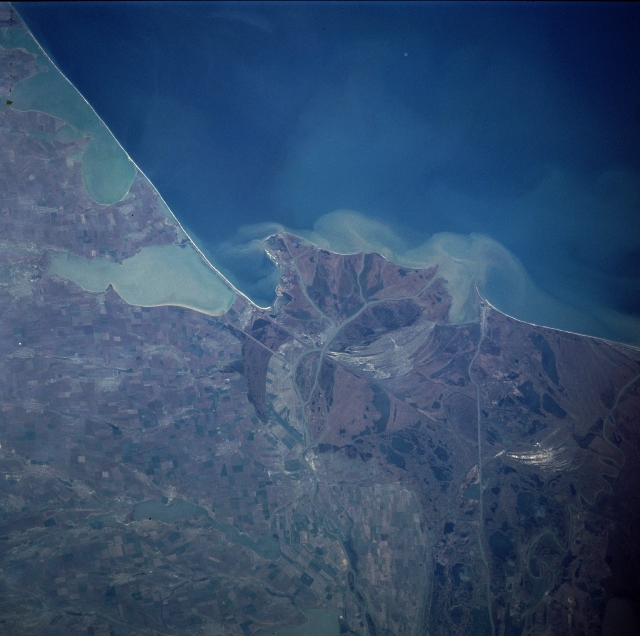 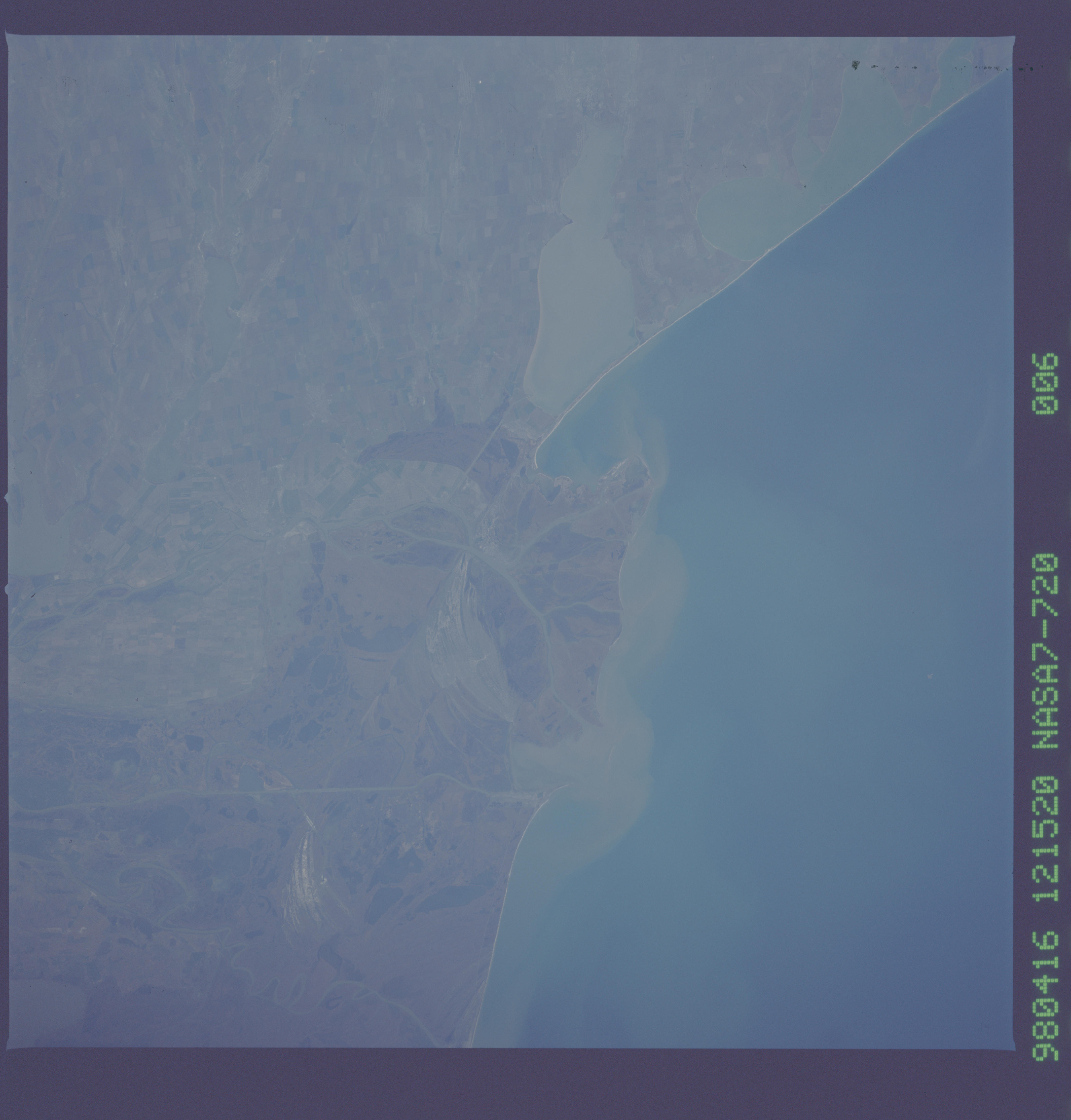 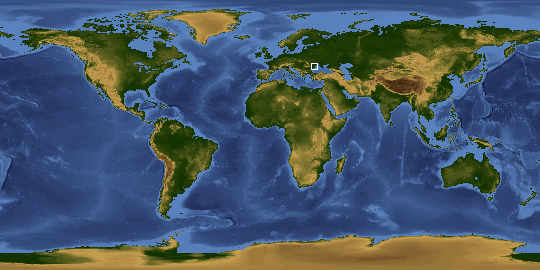 Other options available:
Download Packaged File
Download a Google Earth KML for this Image
View photo footprint information
Image Caption: NASA7-720-006 Danube River Delta, Romania/Ukraine Winter/Spring 1998
The northern half of the Danube River Delta, the largest continuous marshland in Europe, which includes one of the greatest stretches of reed beds in the world, can be seen in this east-looking view. The Danube is the second longest river in Europe meandering across the continent for 1750 miles (2800 Km). About 50 miles (80 Km) from the Black Sea (upper center and upper right of the image), the Danube begins to spread out into its delta, dividing into three major channels and multitudes of minor ones. The second largest delta in Europe, the Danube River Delta covers an area of nearly 1650 square miles (4300 square Km). The delta is a triangular swampy area of marshes, floating reed islands, and sandbanks, and is home of an almost unbelievable array of plants and wildlife. Best known for its birds, it also harbors numerous kinds of fish, herbs of wild boar, and an astonishing assortment of other creatures. Famed as one of the most prolific wildlife sanctuaries in Europe, the Danube River Delta attracts tourists and nature lovers from all around the world. Much of the field patterns visible on the left side of the image are in the country of the Ukraine.