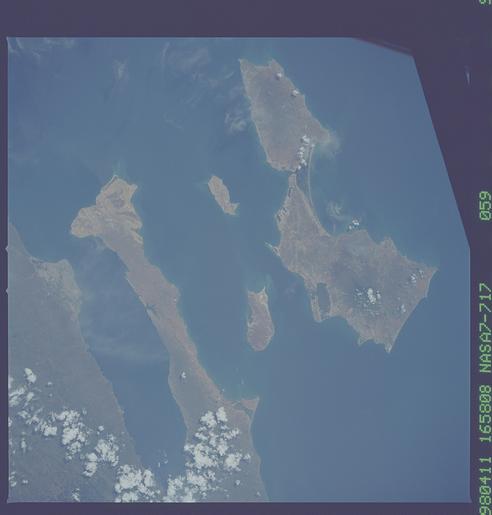 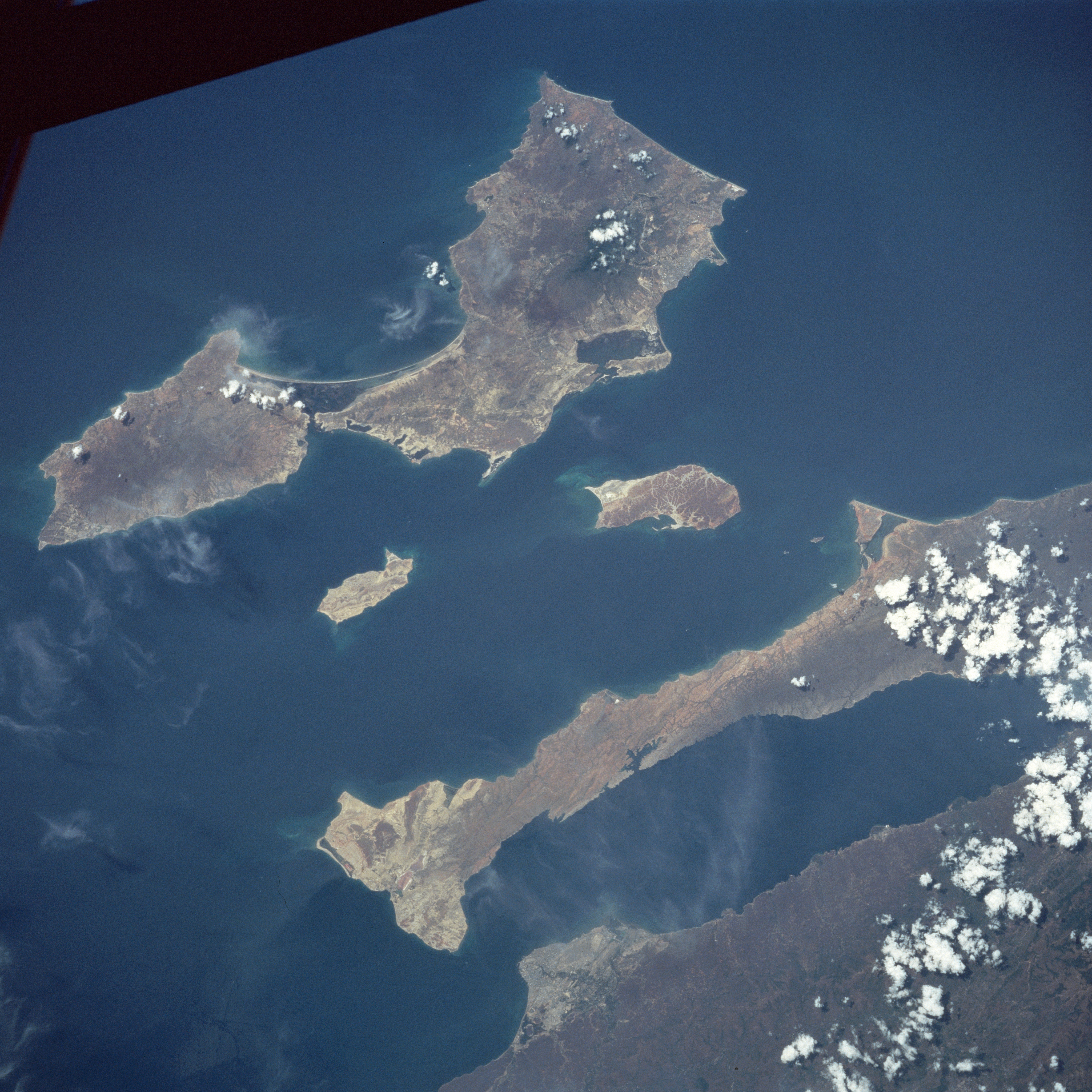 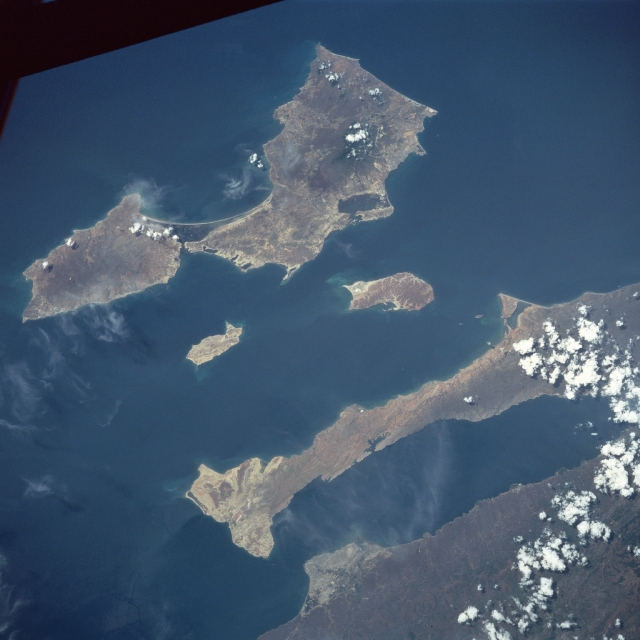 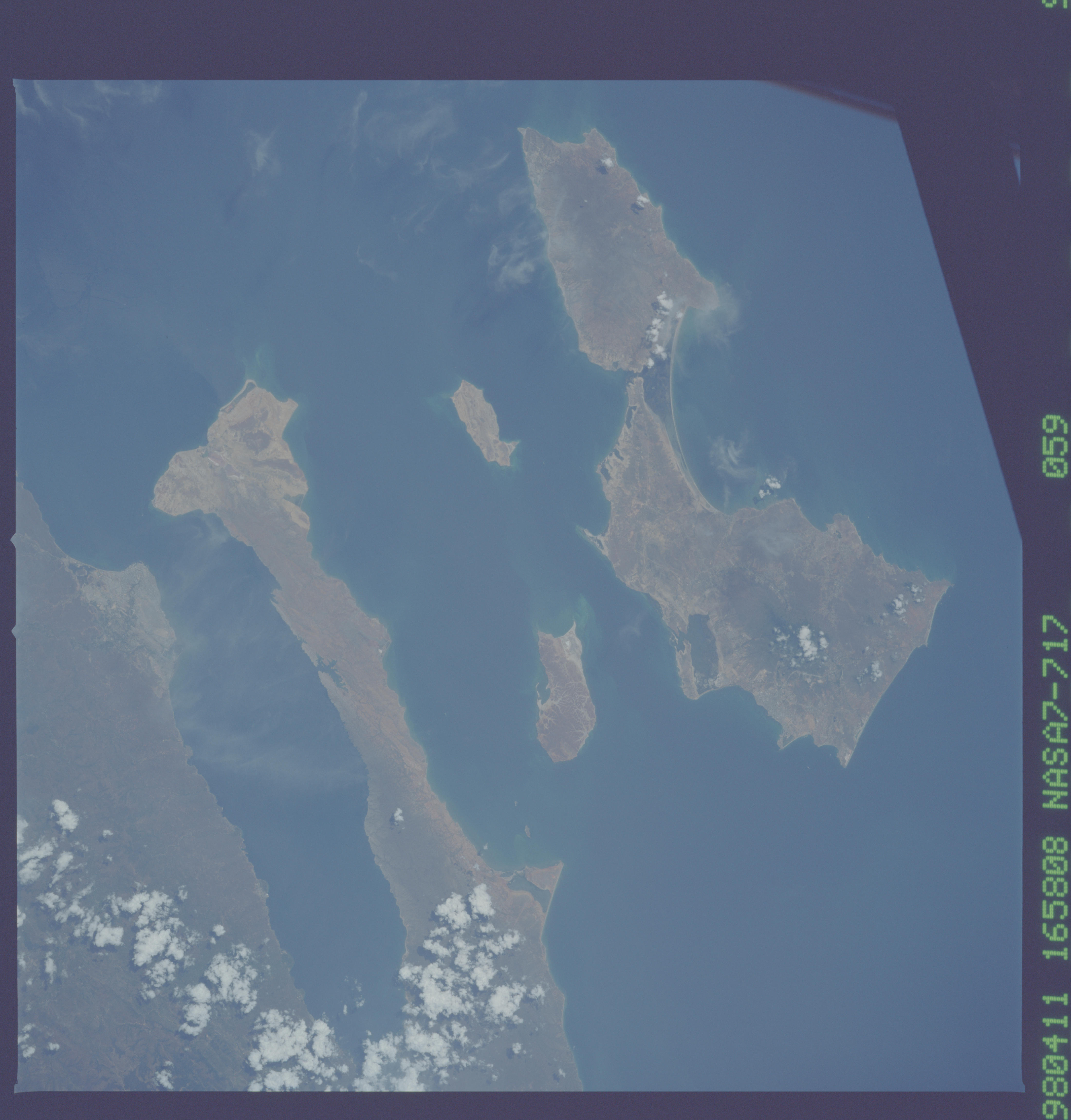 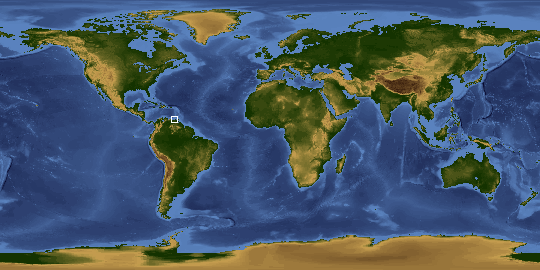 Other options available:
Download Packaged File
Download a Google Earth KML for this Image
View photo footprint information
Image Caption: NASA7-717-059 Araya Peninsula, Margarita Island, Venezuela Winter/Spring 1998
This northeast-looking view shows the large island of Margarita, the Araya Peninsula, and the Gulf of Cariaco. Margarita Island has an area of 444 sq. miles (1150 sq. km) and is the top of a submerged mountain range that parallels the Venezuelan coast. Its chief city is Porlamar (barely discernible), located on the southeast side of the island. In 1969, the island was developed as a free port offering extensive tourist facilities. Tourism is now one of the leading industries of the island. The two islands to the south of Margarita Island are Cubagua (smaller) and Coche. The Araya Peninsula is actually an extension of the Paria Peninsula, further east, comprising the Northern Mountain Range. The Gulf of Cariaco to the south of the Araya Peninsula is an arm of the Caribbean Sea. The city of Cumana (bottom center) is the oldest existing European settlement in South America. Cumana has often suffered from earthquakes.