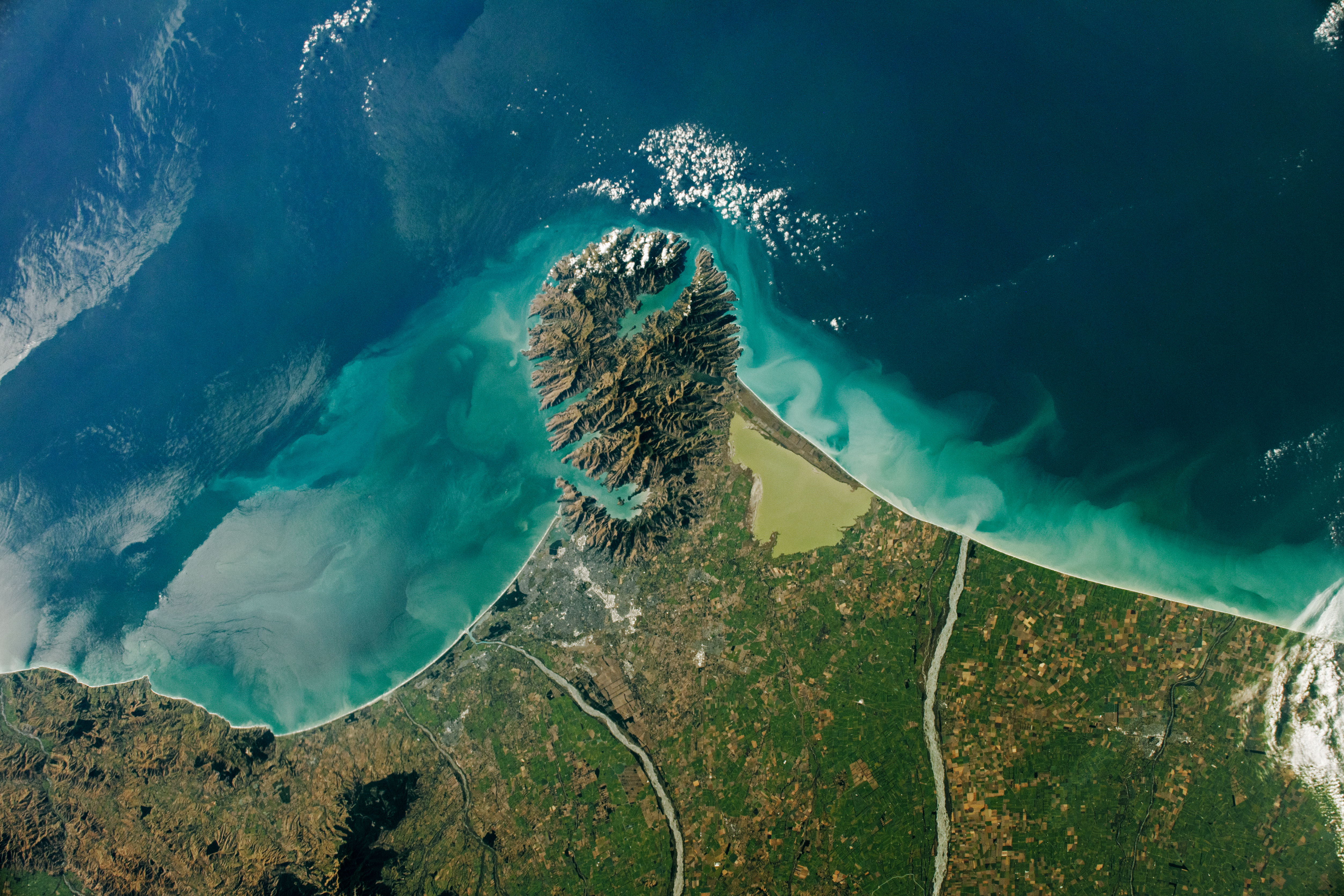 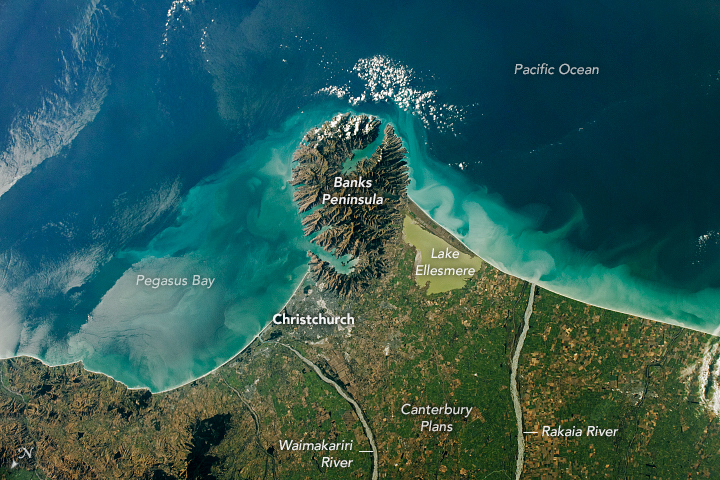 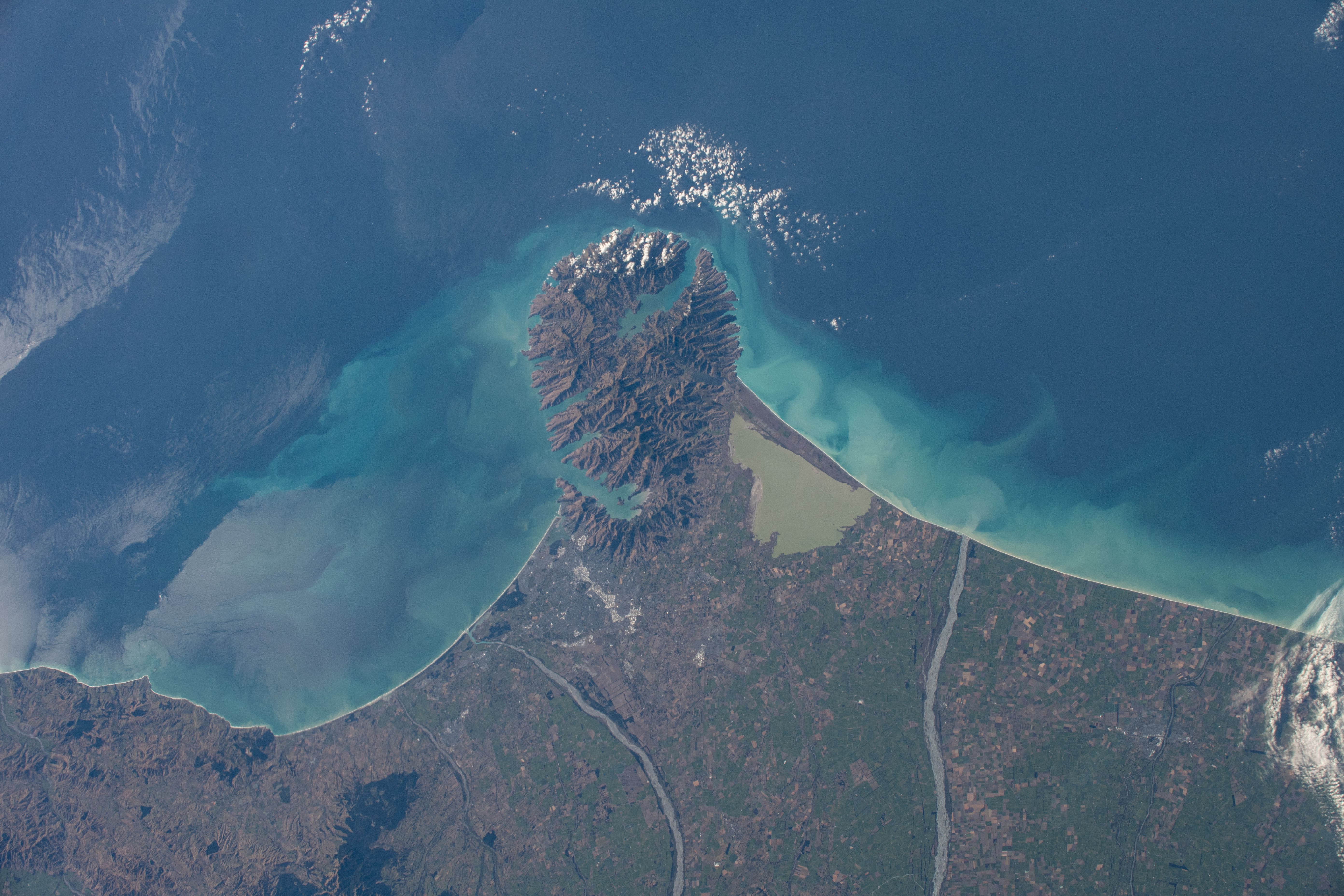 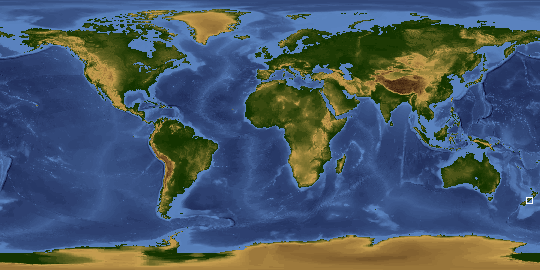 An astronaut onboard the International Space Station (ISS) shot this photograph of Christchurch and the Banks Peninsula, a distinct feature protruding from the east coast of New Zealand’s South Island. Shades of blue along the coastline accent sediment-laden waters from where the Waimakariri and Rakaia Rivers enter the sea. The city of Christchurch and Lake Ellesmere flank the peninsula.

Christchurch is the largest city on South Island and the second most populated city in New Zealand. Situated on the north side of the Banks Peninsula, this city is bounded by the Pacific Ocean to the east and the Port Hills to the south. The hills, harbors, and coves of the Banks Peninsula are remnants of extinct, eroded volcanoes.

The sources of the Waimakariri and Rakaia Rivers are found in the Southern Alps, a mountain range that runs along most of South Island’s west coast. The rivers transport large amounts of sediment from the mountains and into the lower Canterbury Plains before flowing into the Pacific Ocean. Groundwater from the Waimakariri and Rakaia also feeds the brackish Lake Ellesmere. The volume and particle size of the sediment results in the formation of braided rivers. In the case of the Waimakariri, the river course has been further channelized to reduce flooding.