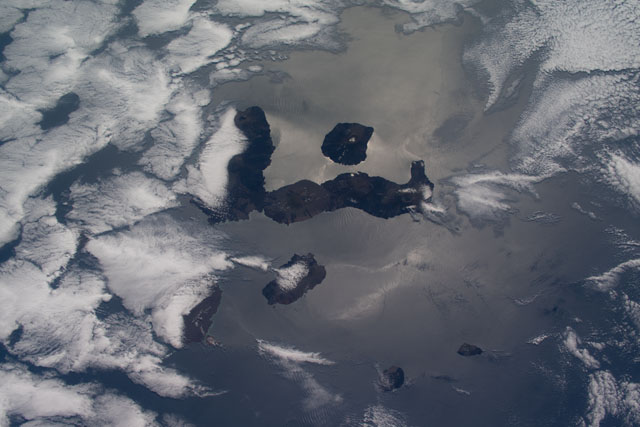 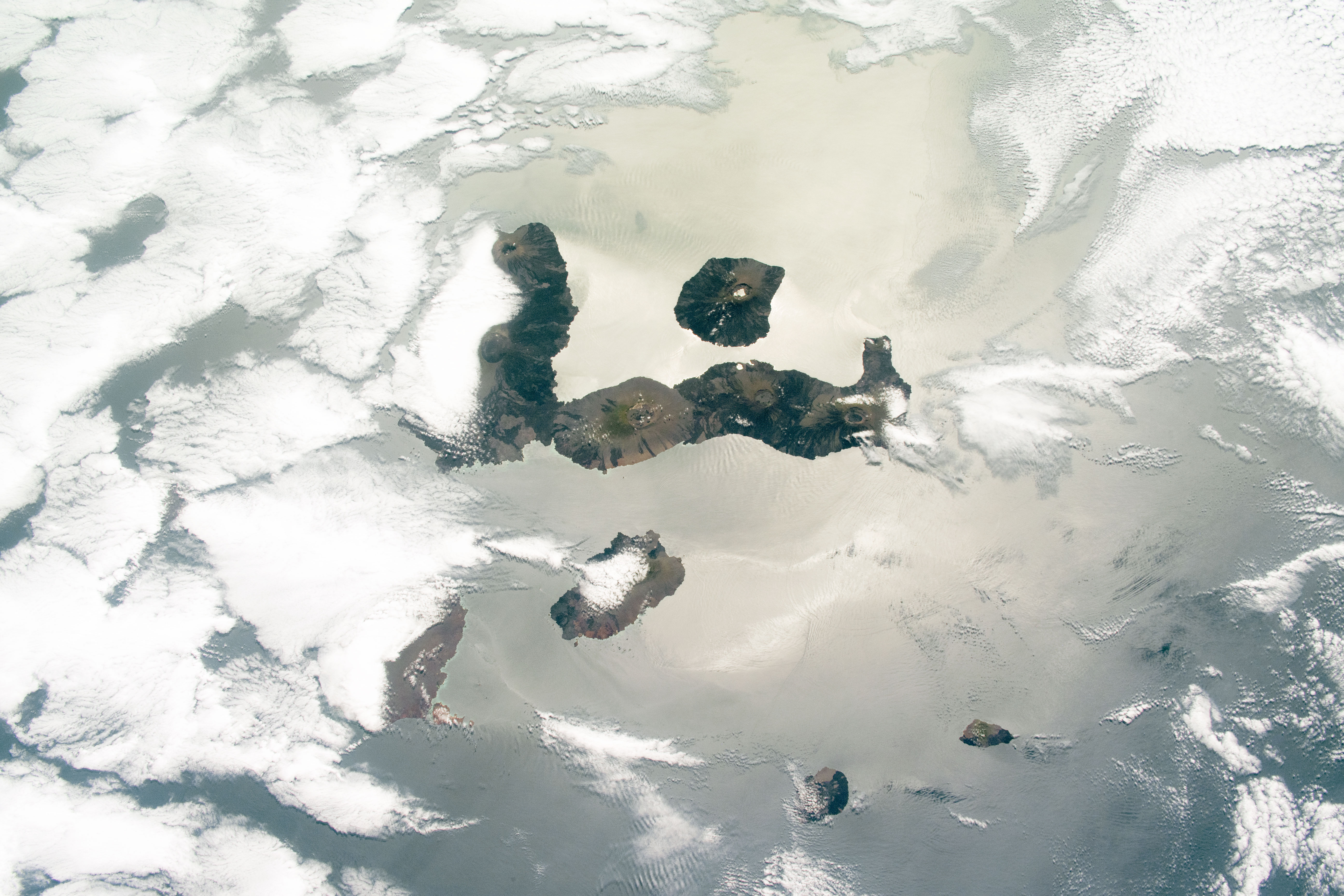 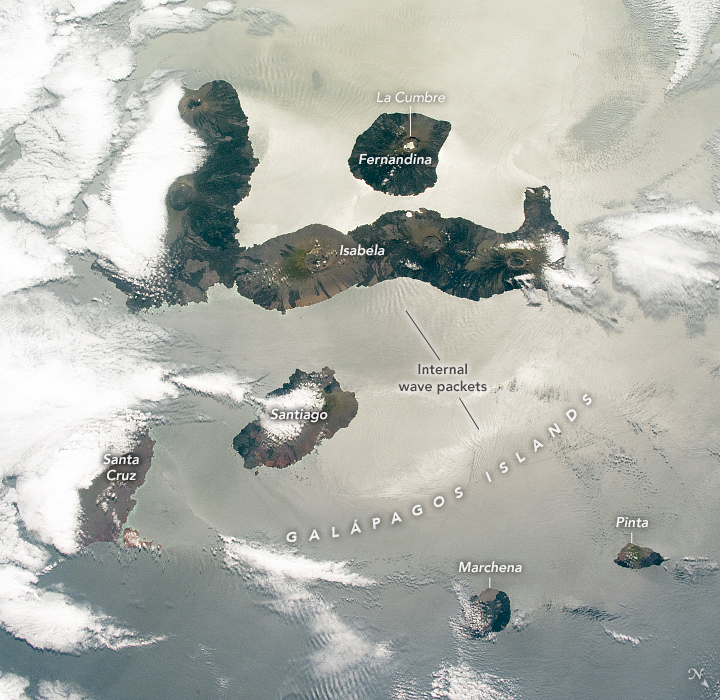 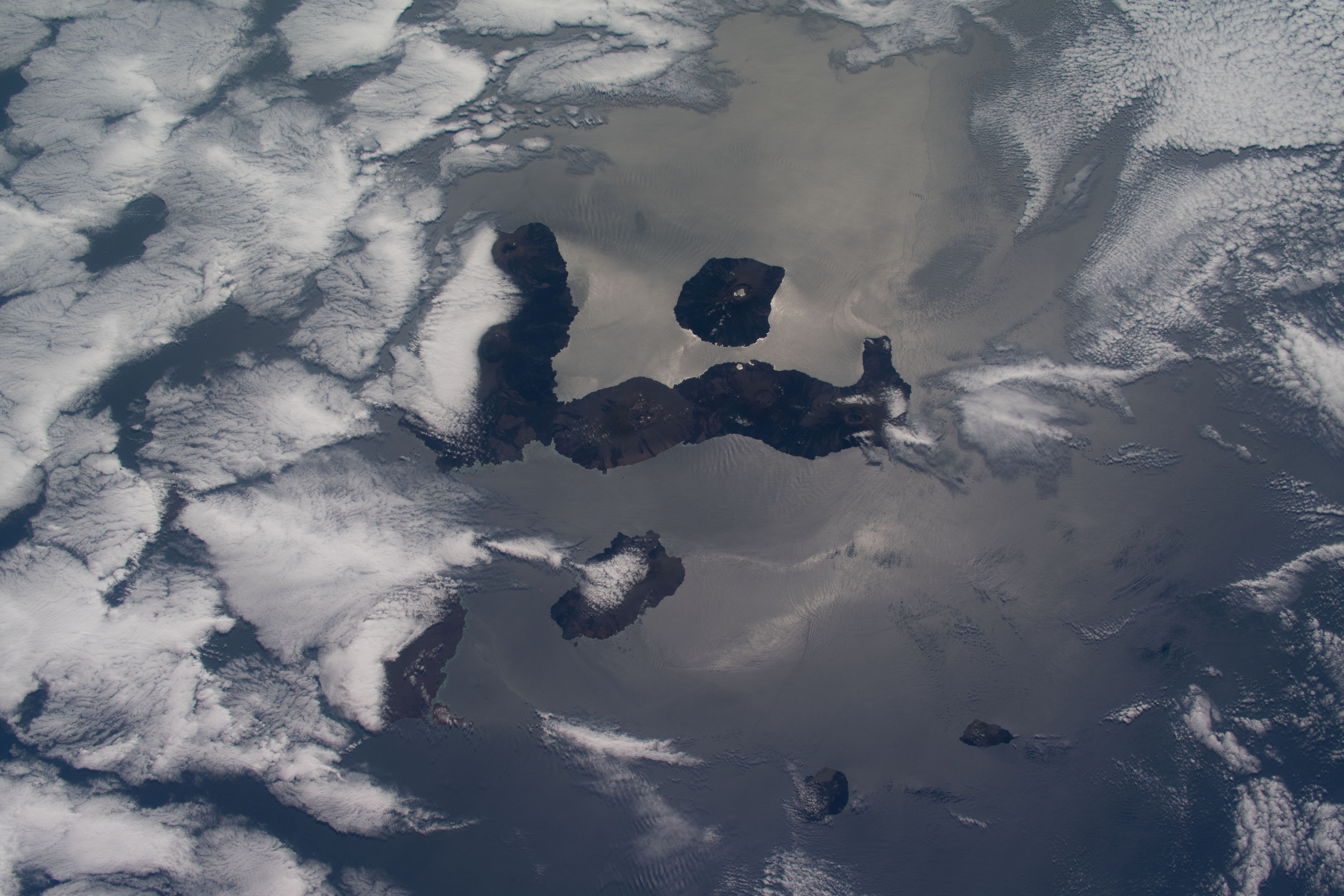 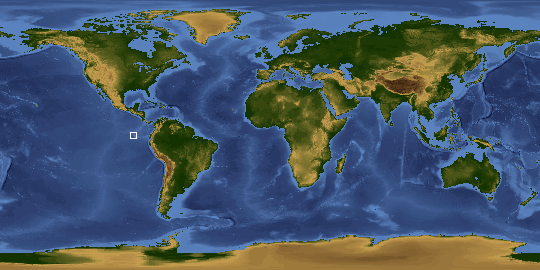 This photograph, taken by an astronaut from the International Space Station, offers a peek at several of the Galápagos Islands, visible between cloud cover and accented by sunglint on the ocean surface.

The sunglint helps reveal features that are usually hard to spot, such as the lake occupying the summit caldera of La Cumbre, the shield volcano that makes up Fernandina Island. The youngest and most active volcanic island in the Galápagos archipelago, Fernandina formed less than one million years ago, with its most recent eruption occurring in January 2020. The lake formed after the collapse of La Cumbre’s summit caldera during a violent eruption in 1968. It changes volume with each eruption.

The reflected sunlight also reveals internal wave packets surrounding the Galápagos Islands. Such imagery of internal waves and their movement can help researchers to estimate potential changes in the water column and to observe effects of climate change on marine communities. For example, coral bleaching may be influenced by the upwelling and transport of water that is above or below normal temperature ranges.

The Galápagos island chain is home to at least 9000 species, including the giant tortoise, the land iguana, the Galápagos penguin. The majority of native reptiles and land birds in the archipelago are rarely found elsewhere on Earth. In 1959, in an effort to preserve and protect its native wildlife, the Ecuadorian government declared the entirety of the Galápagos to be a national park. This fragile environment is under threat from the increasing intensity of the El Niño–Southern Oscillation due to climate change.