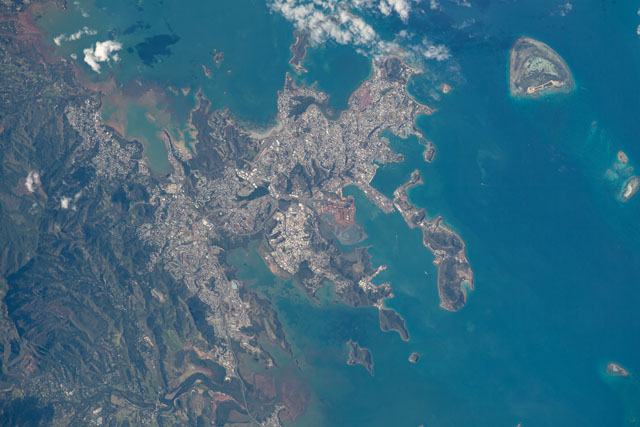 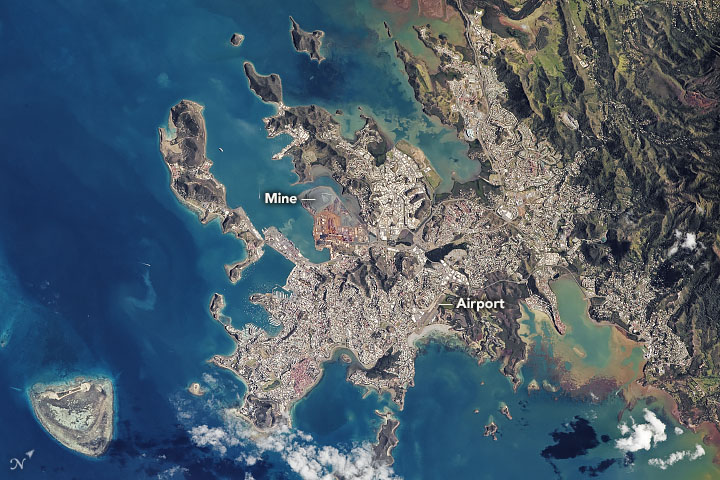 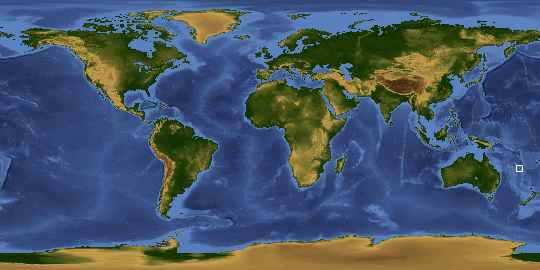 An astronaut aboard the International Space Station (ISS) shot this photograph of Noumea, the capital city of New Caledonia. The island in the South Pacific region known as Melanesia is part of Overseas France, which includes French-administered territories outside of Europe. New Caledonia is the only French territory with the governing status of a special collectivity.

Most of the population is concentrated in and around Noumea, a city situated on a peninsula on the southern side of the island. Developed areas hug the irregular coastline that protrudes into the South Pacific. Compared to this photo taken from the ISS in 2003, there has been an increase in development northward into the mountainous mainland. (North is to the upper right.)

Noumea is the focal point for most of New Caledonia's economic resources. The major driver of industry is mining, and the territory is one of the leading producers of nickel in the world. As with many islands throughout the South Pacific, tourism is another major economic activity. Noumea is a major hub for cruise ships and international flights. Tourists are drawn to the region's impressive biodiversity, including 146 types of coral reefs stretching across 1,600 kilometers (1,000 miles). Many of the reefs, mangroves, and extensive tropical lagoons are designated as UNESCO World Heritage sites.