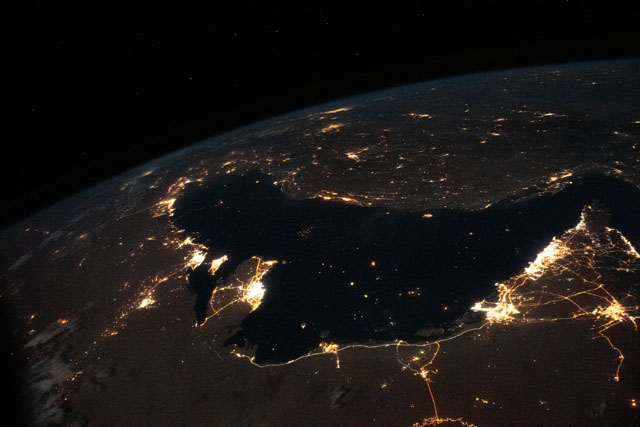 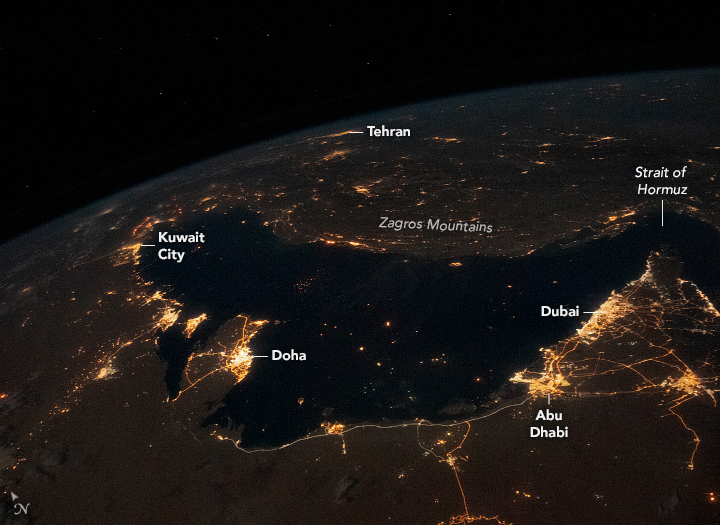 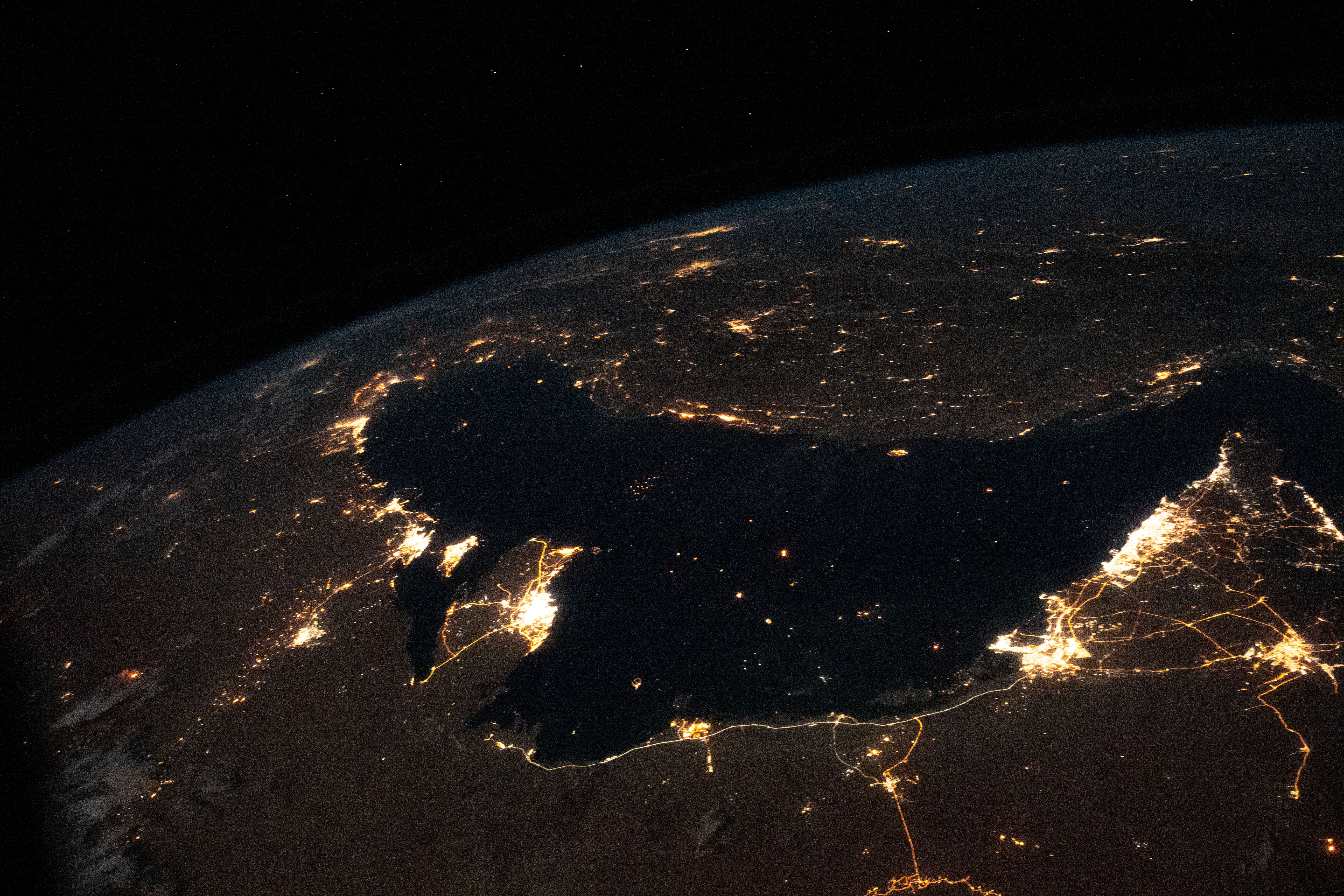 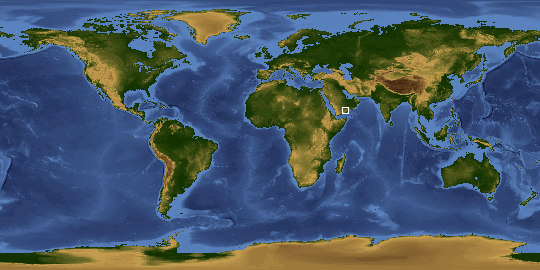 The Persian Gulf forms the center of this photograph taken by an astronaut from the International Space Station (ISS). The nighttime lights mark the larger cities and highways of Bahrain, Iran, Iraq, Kuwait, Qatar, Saudi Arabia, and the United Arab Emirates. The brightest lights are concentrated along the southern and western coastlines, where the major cities of Kuwait City, Doha, Abu Dhabi, and Dubai stand out. Several smaller port cities line the northern coast at the foot of the Zagros Mountains.

The lights speckled across the dark waters of the Gulf indicate ships passing through one of the world’s major trade routes. The narrowest section is the Strait of Hormuz, which connects the Persian Gulf to the Gulf of Oman. The Strait varies in width between 39 and 96 kilometers (21 to 90 nautical miles) and represents an important chokepoint in the global trade network that funnels millions of barrels of crude oil and petroleum products per day through the region.

This photograph provides an excellent example of the wide field of view that crew members have from their perch on the ISS. Tehran, the capital of Iran, is visible near the Earth limb and stands approximately 1200 kilometers (750 miles) from Dubai.