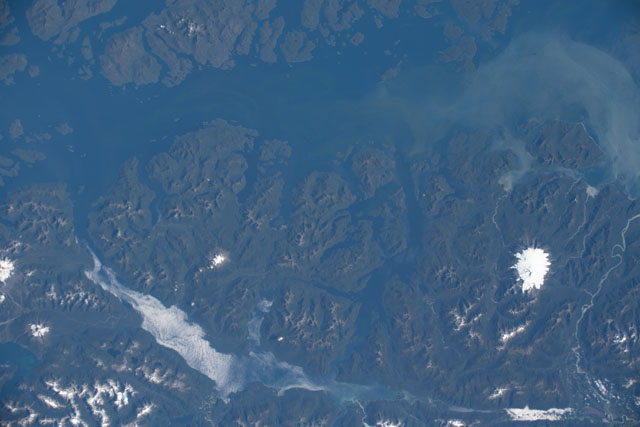 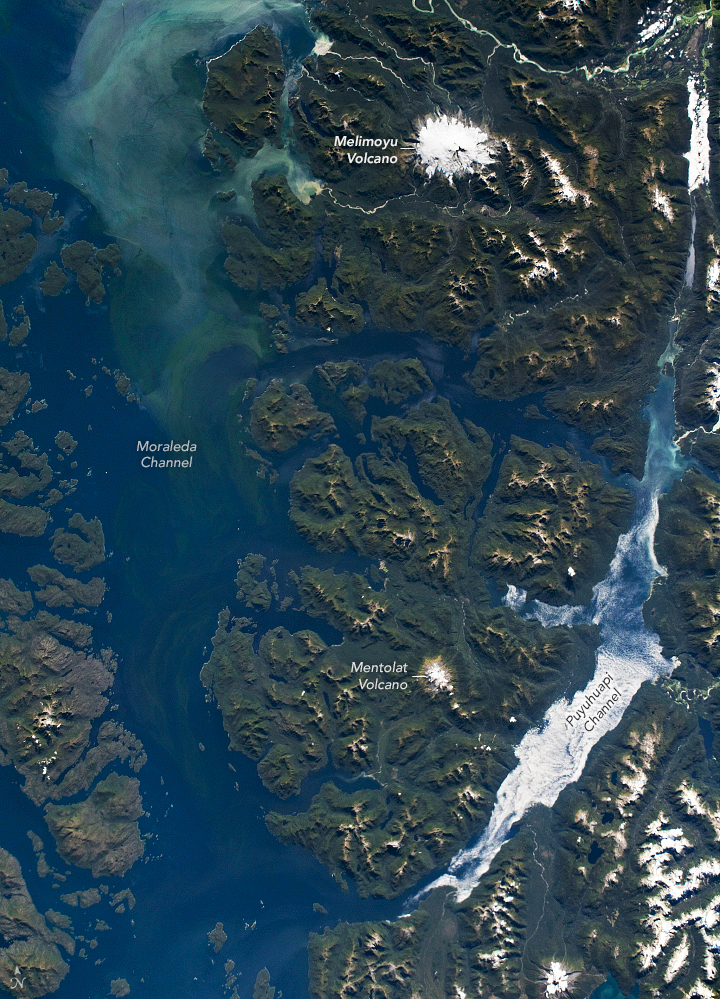 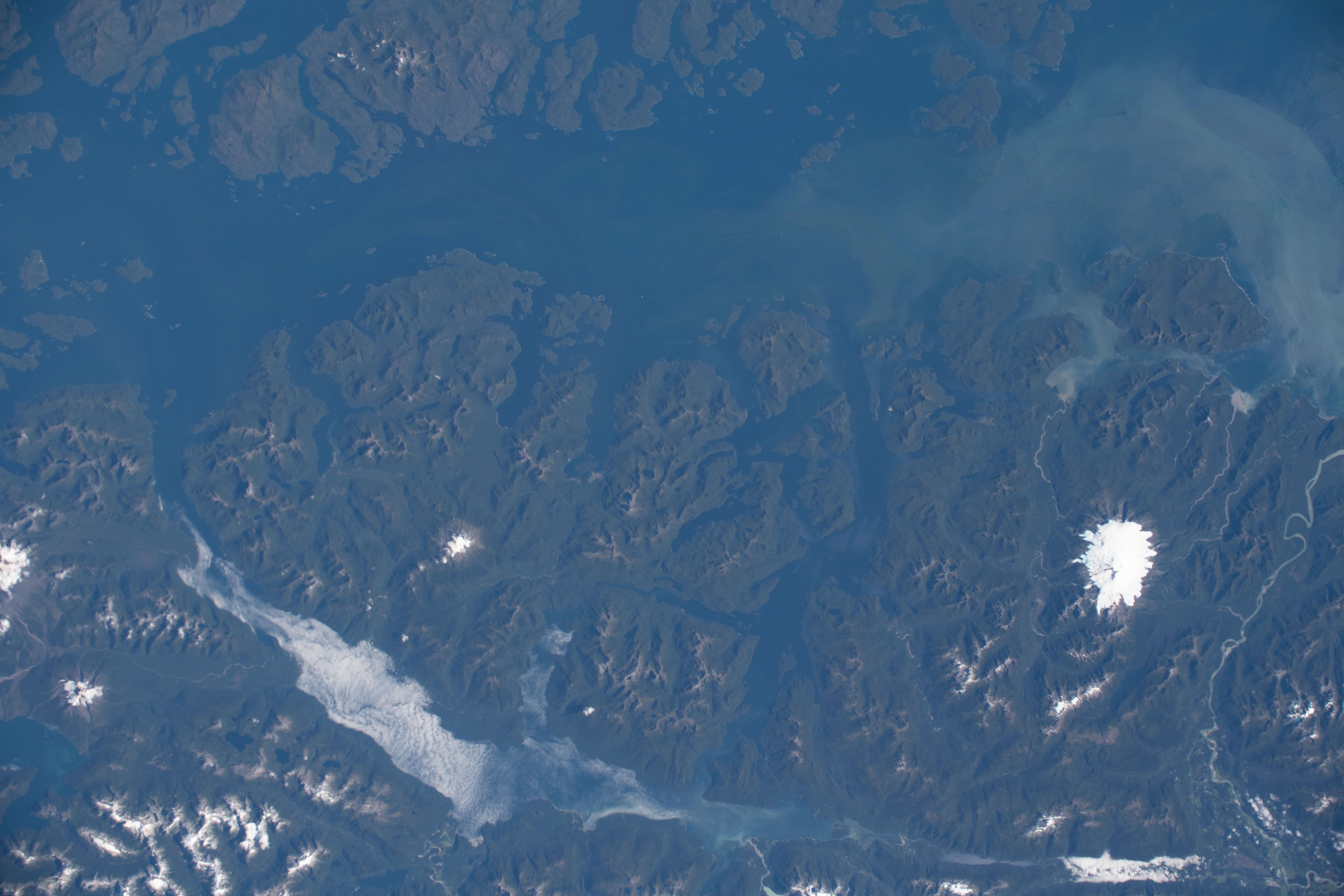 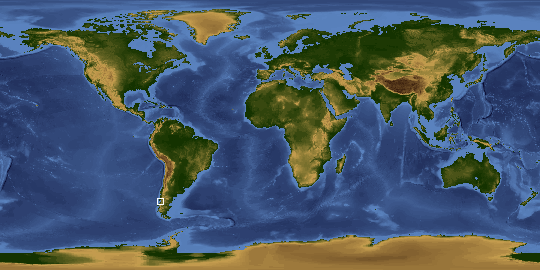 An astronaut onboard the International Space Station took this photograph of a portion of the northern Patagonian Andes in Chile. This nearly cloud-free view is rich with glacial fjords, complex shorelines, and active volcanoes. Melimoyu is the large, ice-capped stratovolcano northeast of the Moraleda Channel. Low-level clouds are concentrated in the Puyuhuapi Channel between the tall peaks.

During the last glacial maximum, roughly 25,000 years ago, the land and water in this photo were entirely covered by ice. As they retreated, the massive glaciers carved up the land and created interconnected fjords and channels. Today, small ice caps still sit atop active volcanoes such as Melimoyu and Mentolat, both of which are a part of Chile's national park system.

The Moraleda Channel is a gateway between many smaller fjords and the open ocean. Rivers carry an influx of freshwater and sediment, which can promote phytoplankton growth, especially during spring (//repositorio.anid.cl/bitstream/handle/10533/213795/ANNUAL%20PROGRESS%20REPORT%20N%C2%B06%20-%20COPAS.pdf?sequence=1&isAllowed=y) and autumn. The streaks visible within the Moraleda Channel are likely a blend of sediment and plankton, based on the high concentration of chlorophyll detected that day by the Moderate Resolution Imaging Spectroradiometers (MODIS) on NASA's Terra and Aqua satellites, as well as previous carbon cycle studies. The waters here support an abundant diversity of marine, estuary, and freshwater species, including blue whales.