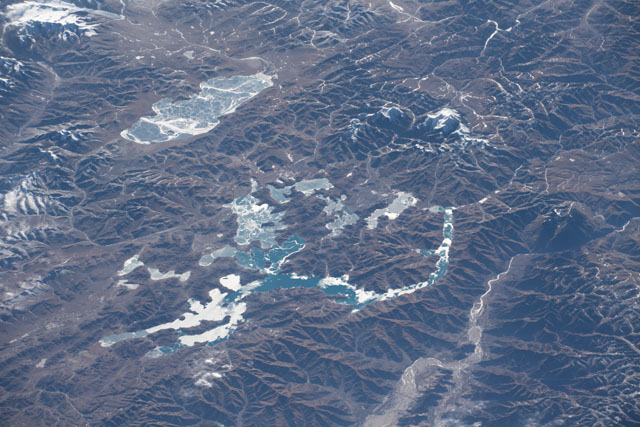 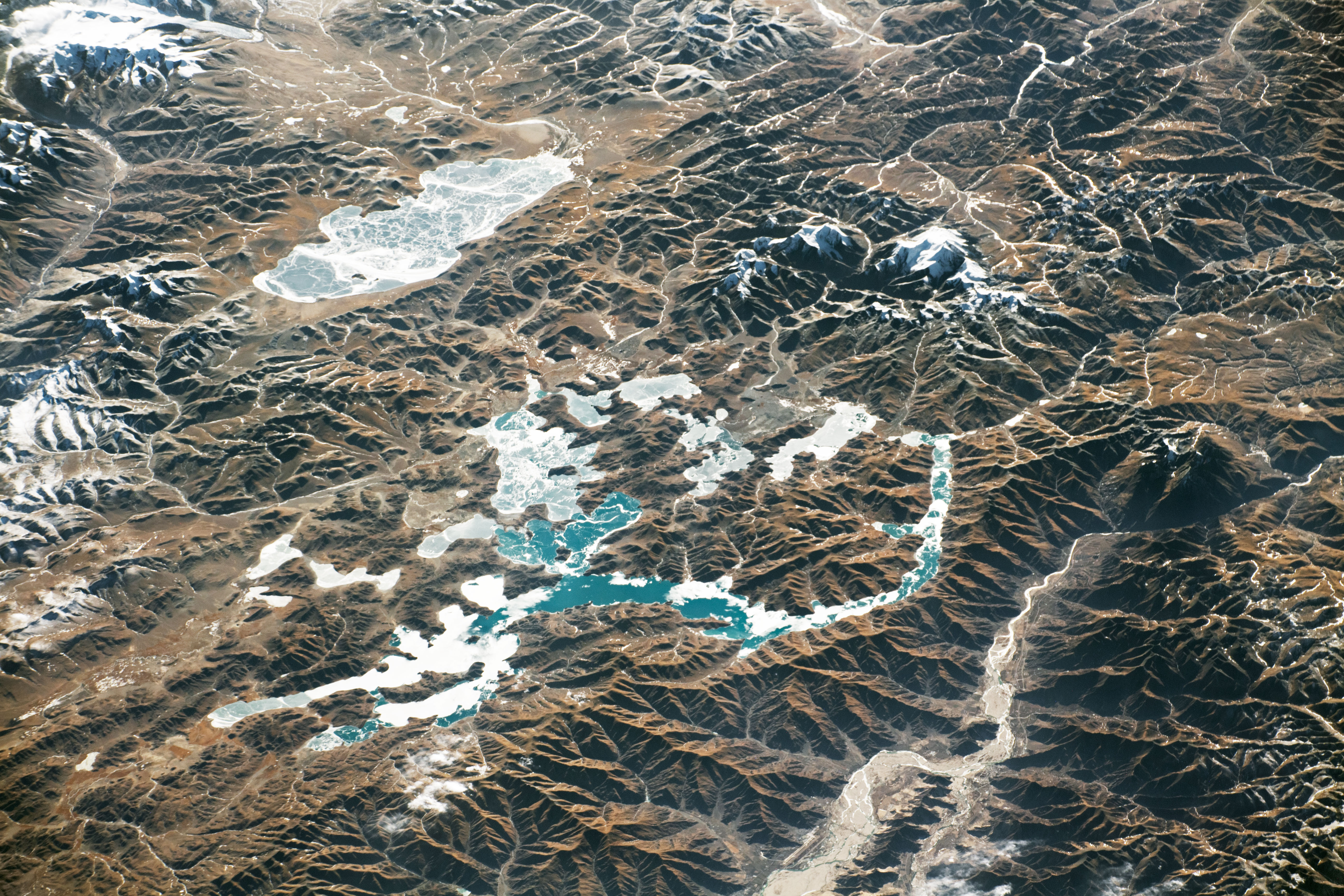 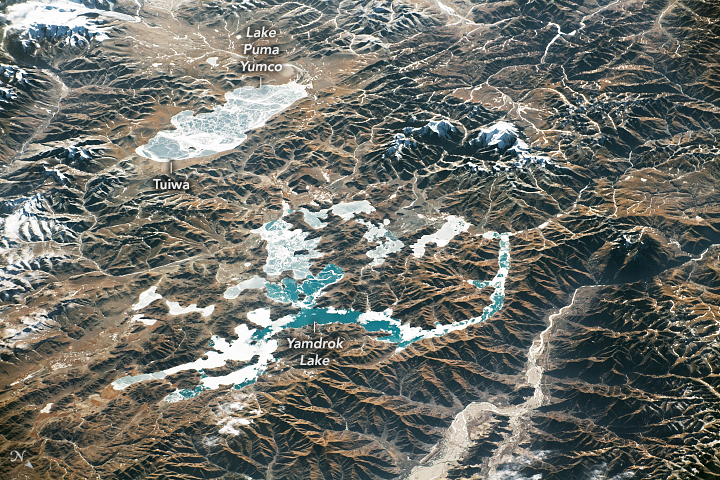 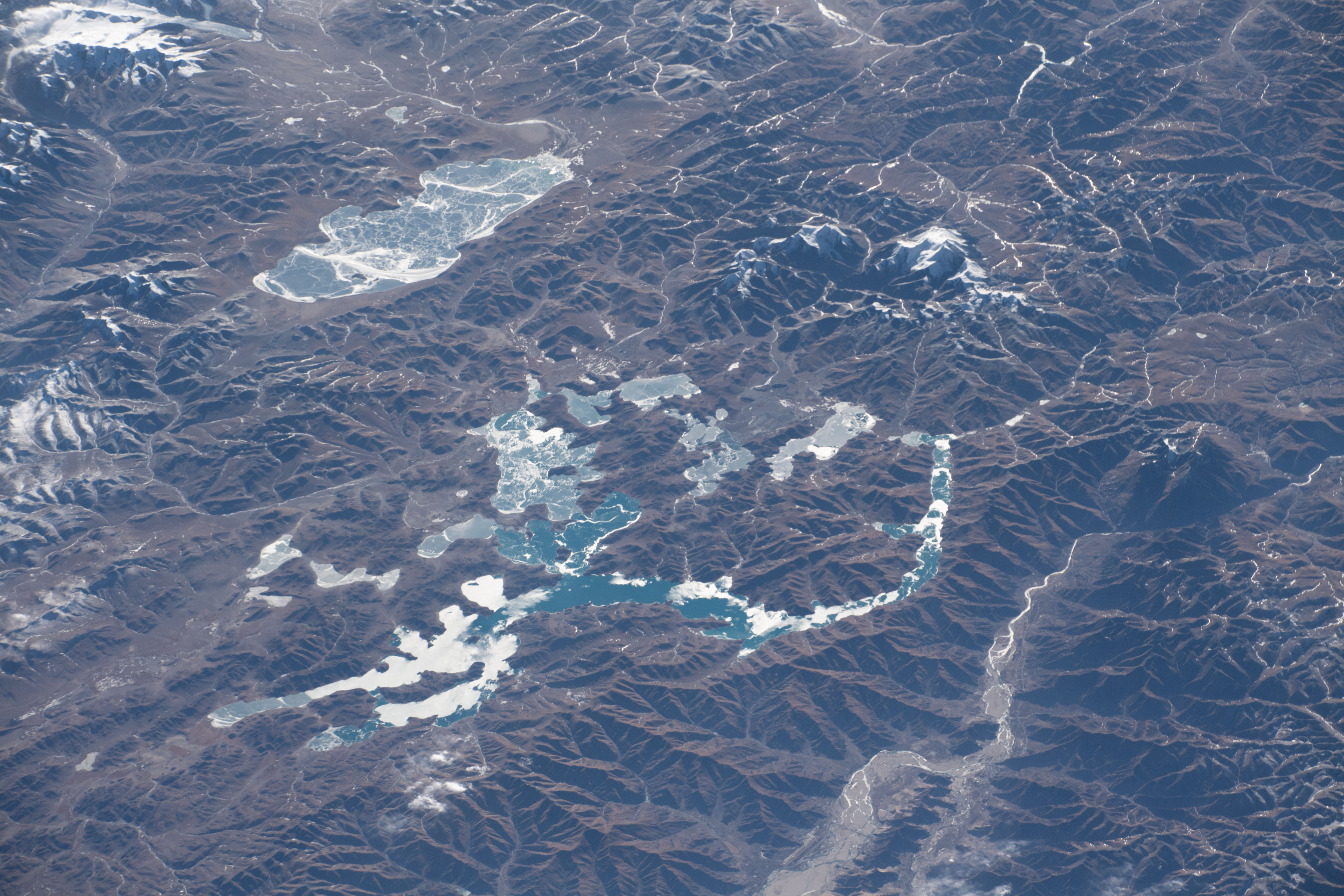 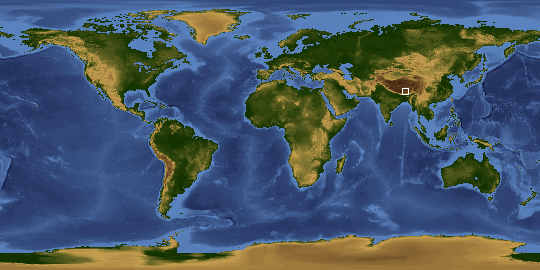 While passing over the Qinghai-Tibetan Plateau in January 2020, an astronaut onboard the International Space Station (ISS) looked southwest and shot a photograph of glacial lakes near the Himalayan mountain range. Sitting just northeast of Mount Everest, Lake Puma Yumco and Yamdrok Lake were frozen at the time.

Glacial runoff fills these lakes, which are vital for life in the small villages along their shores. For people in one such village, Tuiwa, the winter ice cover on Puma Yumco creates a walkable surface for herding sheep across to areas where more forage is available.

Puma Yumco and Yamdrok are just two of the many glacial lakes across the Qinghai-Tibet Plateau, which spans 2.5 million square kilometers (approximately 965,000 square miles). With an average elevation of 4500 meters (14,800 feet) above sea level, the plateau is one of Earth’s highest geographic features and often called the “roof of the world.”