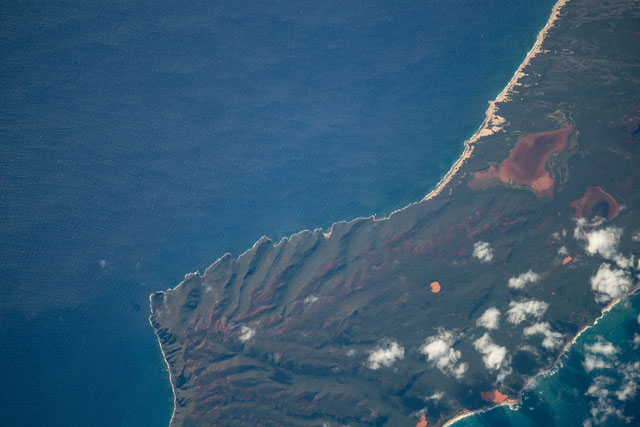 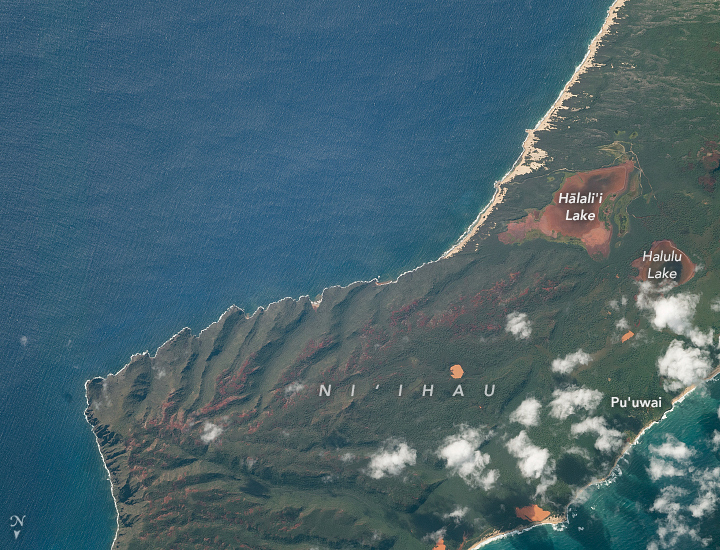 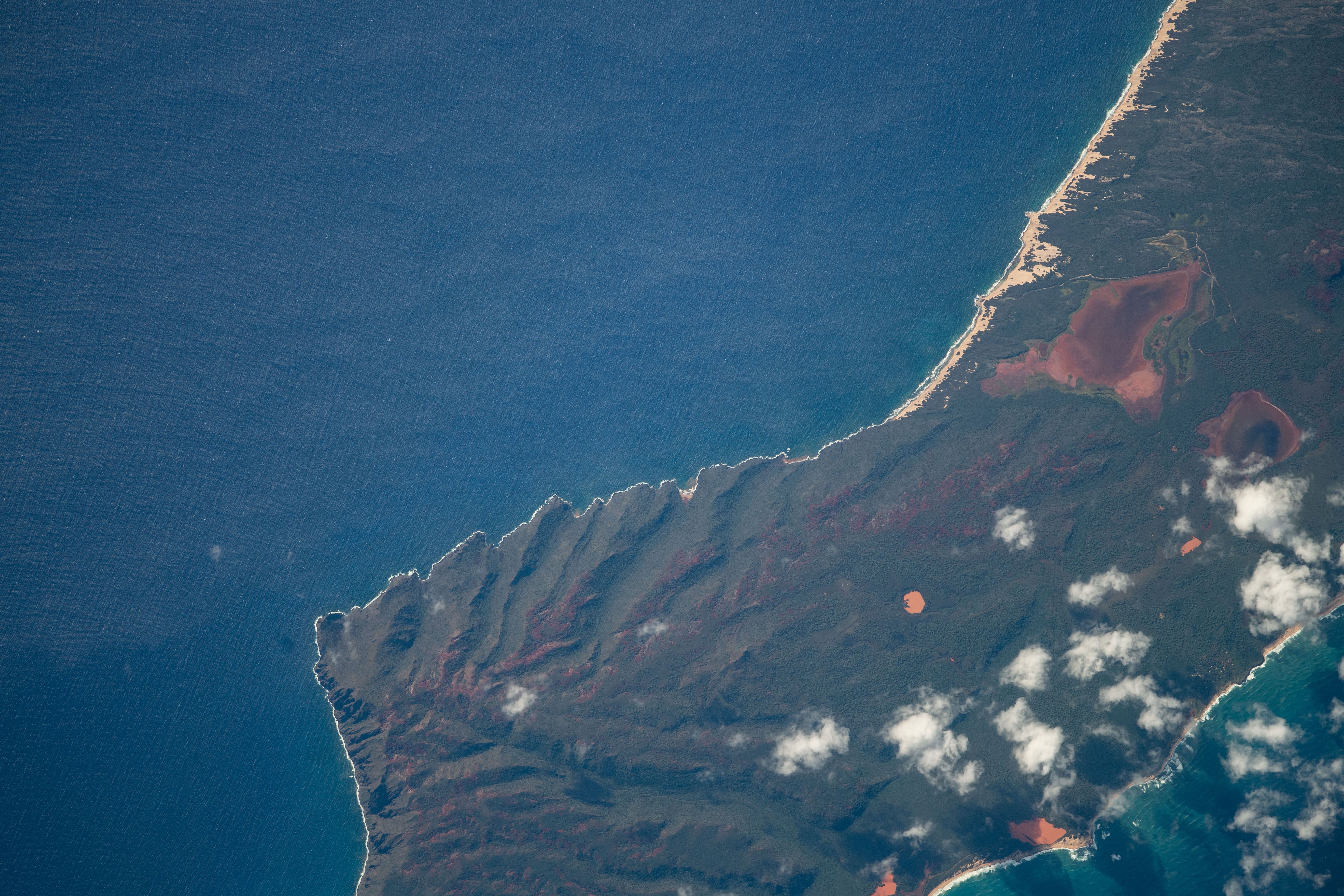 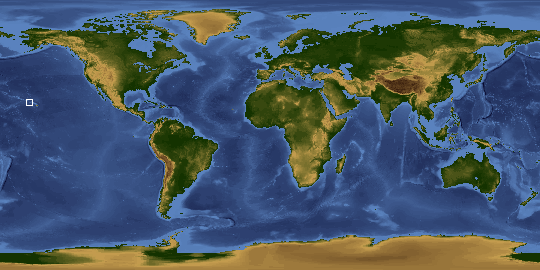 The Hawaiian Islands are split into two groups: the populated, eastern land masses are the Windward Islands and the uninhabited western islands are named the Northwestern Islands. The westernmost and smallest of the Windward group is Ni'ihau, a privately-owned isle nicknamed the "Forbidden Island." An astronaut on the International Space Station (ISS) recently took this photograph of it.

Ni'hau has a semiarid climate and low yearly rainfall. Much of the precipitation headed toward the island is captured by the high mountains of its sister island to the east, Kaua'i. Ni'ihau receives an average of 56 centimeters (22 inches) of rain per year, a small fraction of the Windward Island average.

Despite a dearth of rain, Ni'ihau is home to two of the larger bodies of water in Hawaii. The spring-supported Halulu Lake is the largest body of water in Hawaii - at least it is when neighboring Halali'i Lake is dry. Halali'i is an ephemeral lake, so depending on the season and rainfall, it can either dwarf Halulu and become Hawaii's largest or it can be a dry lakebed dotted with an occasional pond. In exceptionally low precipitation years, both lakes can be mostly dry. The reddish hue of both lakebeds may be a result of the deposition of upland soils from the iron-rich volcanic rock that forms most of the island.

The island was purchased from the Kingdom of Hawaii in the 1860s. Over the decades, its owners have undertaken a massive tree-planting effort to try to offset the lack of rainfall and to provide cover for the 170 inhabitants of the island, all of whom live in Pu'uwai Village.