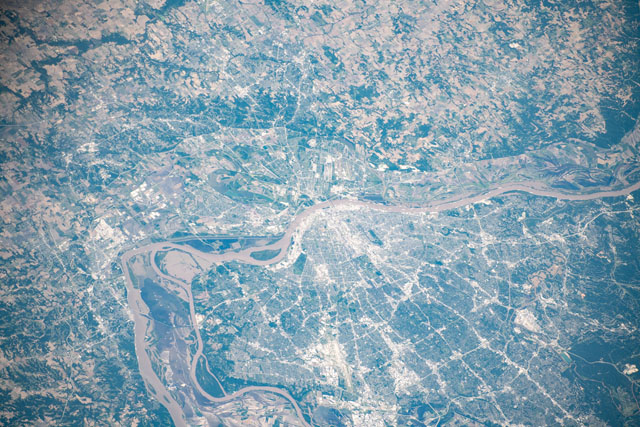 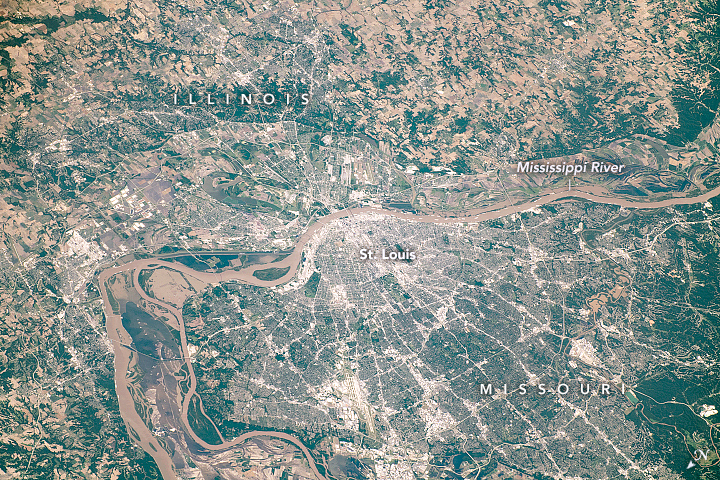 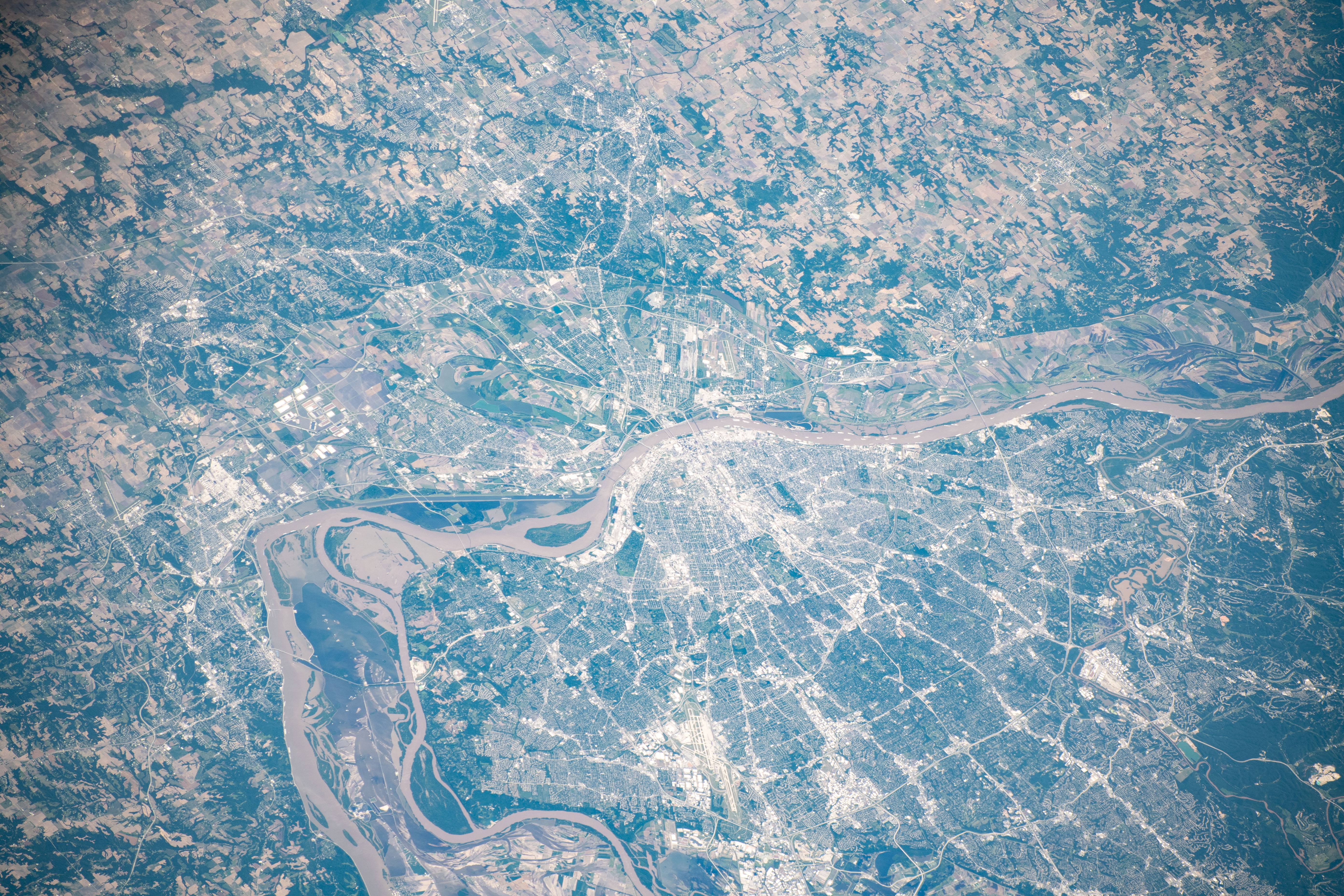 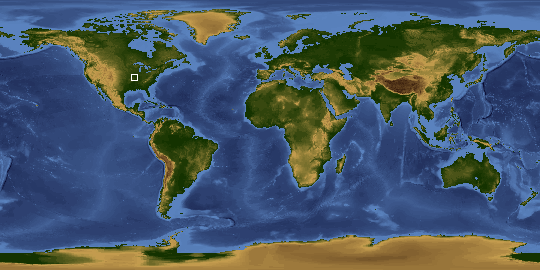 An astronaut onboard the International Space Station took this photograph of the St. Louis metropolitan area. The photograph contrasts the agriculturally dominated regions of western Illinois and the more densely urbanized areas of eastern Missouri. St. Louis lies on the west bank of the Mississippi River, which also forms the border between the two states. At the time of this photo, some flooding was visible along the river.

Initially founded in the 1760s as a fur-trading outpost, St. Louis grew up to become a major port on the Mississippi River. Throughout the 1800s and 1900s, the evolution of transportation and infrastructure led to the suburbanization of the city.

Public transportation, railroads, and advanced road networks developed as the population increased, which allowed for the gradual migration of people from the city center into the outer reaches of the greater St. Louis area. The urban pattern in the image includes a series of small-scale grids that follow the lines of the major railways and highways in the region. The network of roadways radiates out from the urban core and connects smaller towns.