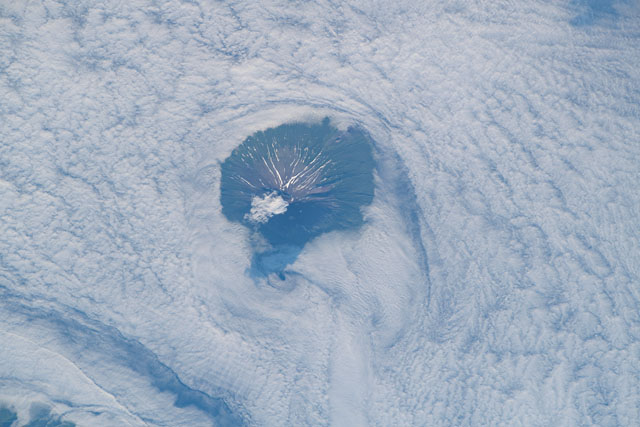 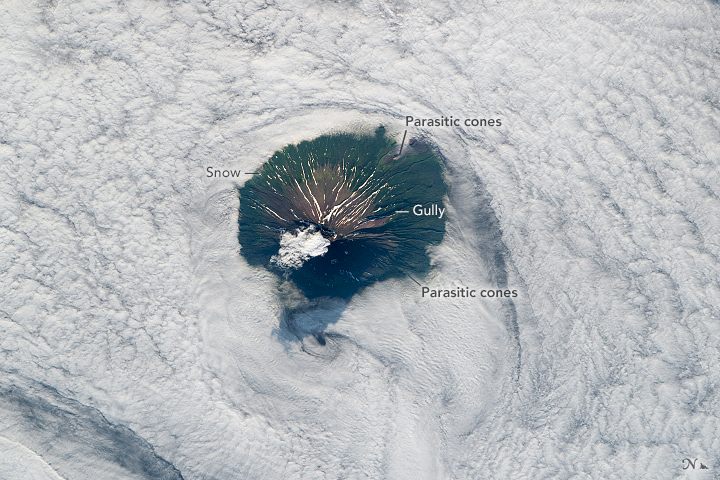 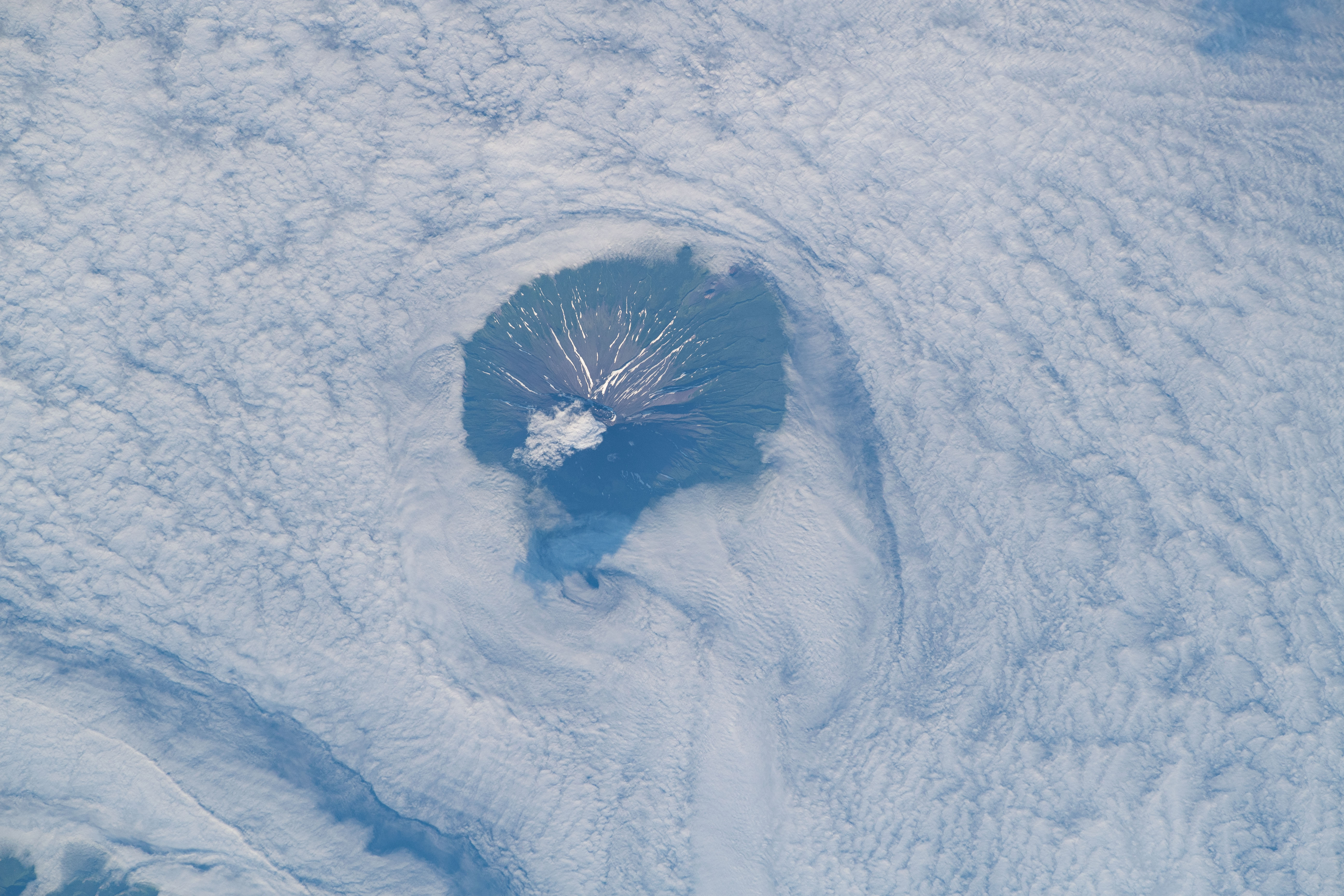 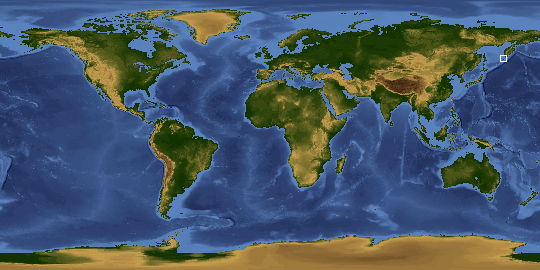 Rising above the clouds and the Sea of Okhotsk, the uninhabited Atlasov Island appears as a distinctive dark landform from the view of an astronaut onboard the International Space Station (ISS). Formed by Alaid Volcano, Atlasov lies near the southern tip of the Kamchatka Peninsula.

Along the slopes of the central mountain, radial features - channels and gullies carved by liquid water and ice - are highlighted by snow as they extend towards the shoreline, which is obscured by low-lying clouds. Brown hues near the summit mark areas that are mostly barren due to steep slopes and high-altitude winter snowpack.

Downslope among the vegetated terrain, a few parasitic cones (//earthsci.org/processes/geopro/volc/volc.html#Parasitic%20cones%20%28also%20called%20adventive%20cones%20and) appear on the flanks of the volcano. These small secondary cones are sites where magma has taken alternate routes to reach the surface. The area around the northwest cluster of cones lacks vegetation due to a 1972 eruption.

This stratovolcano is not as isolated as this picture might imply. It is part of a volcanic archipelago known as the Kuril Islands, which stretch from northeast Japan to Kamchatka. The islands are situated above a boundary where the Pacific and Okhotsk tectonic plates converge. At this margin, the denser Pacific Plate subducts below the other, leading to volcanism. Alaid is still active, with reports of ash plumes as recently as September 2019.