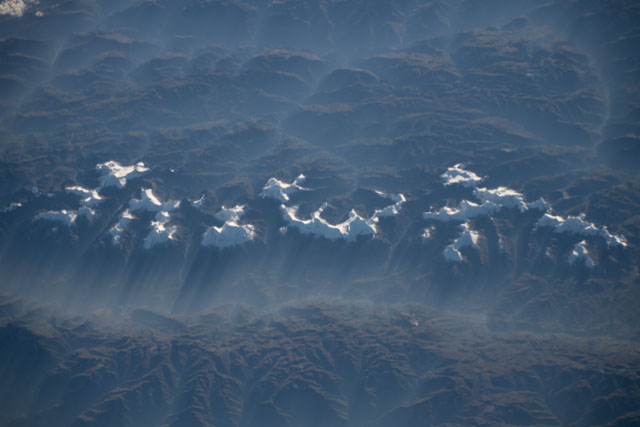 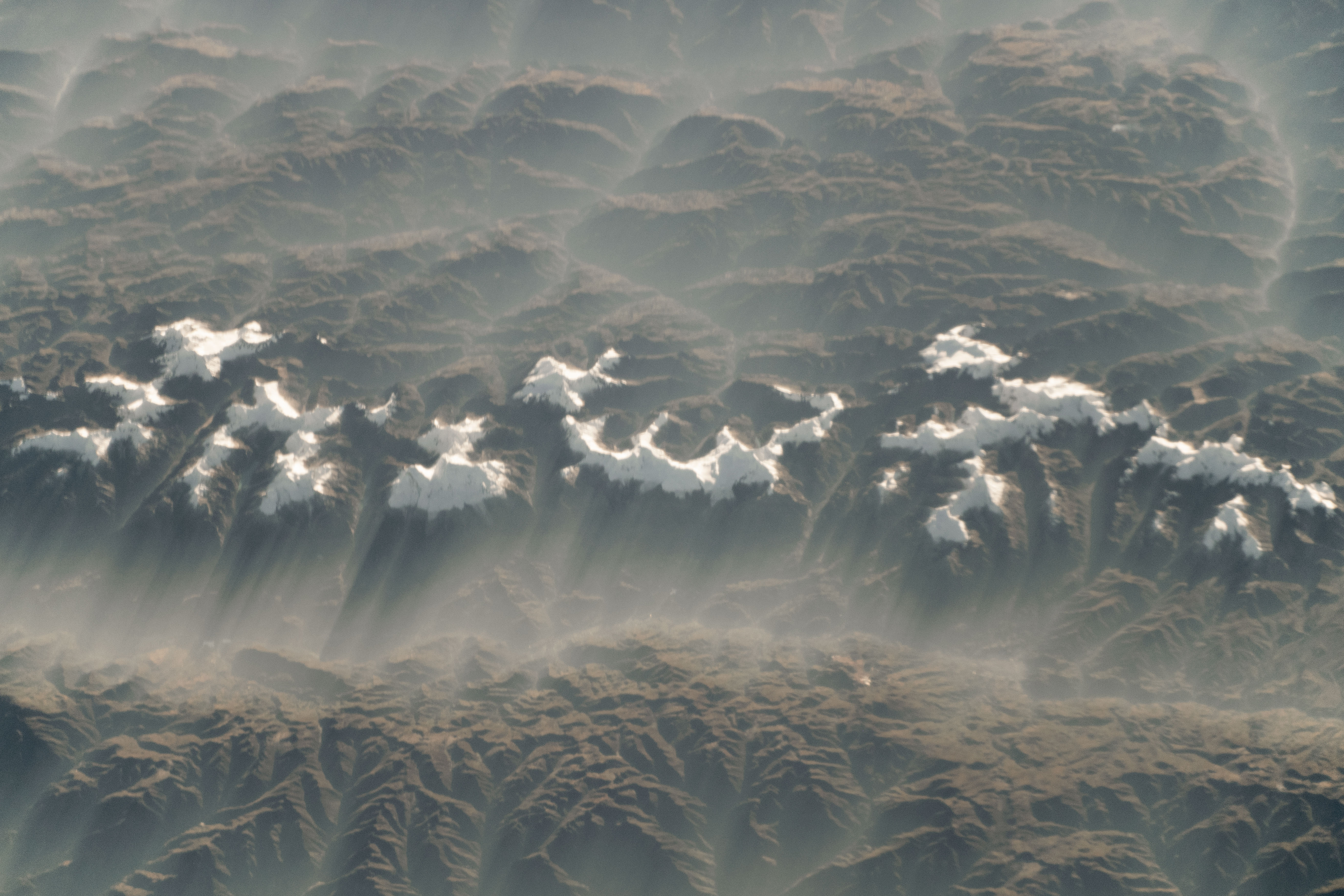 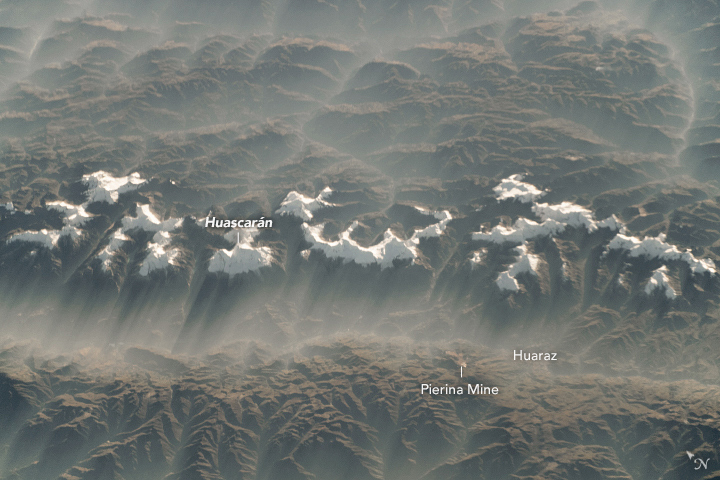 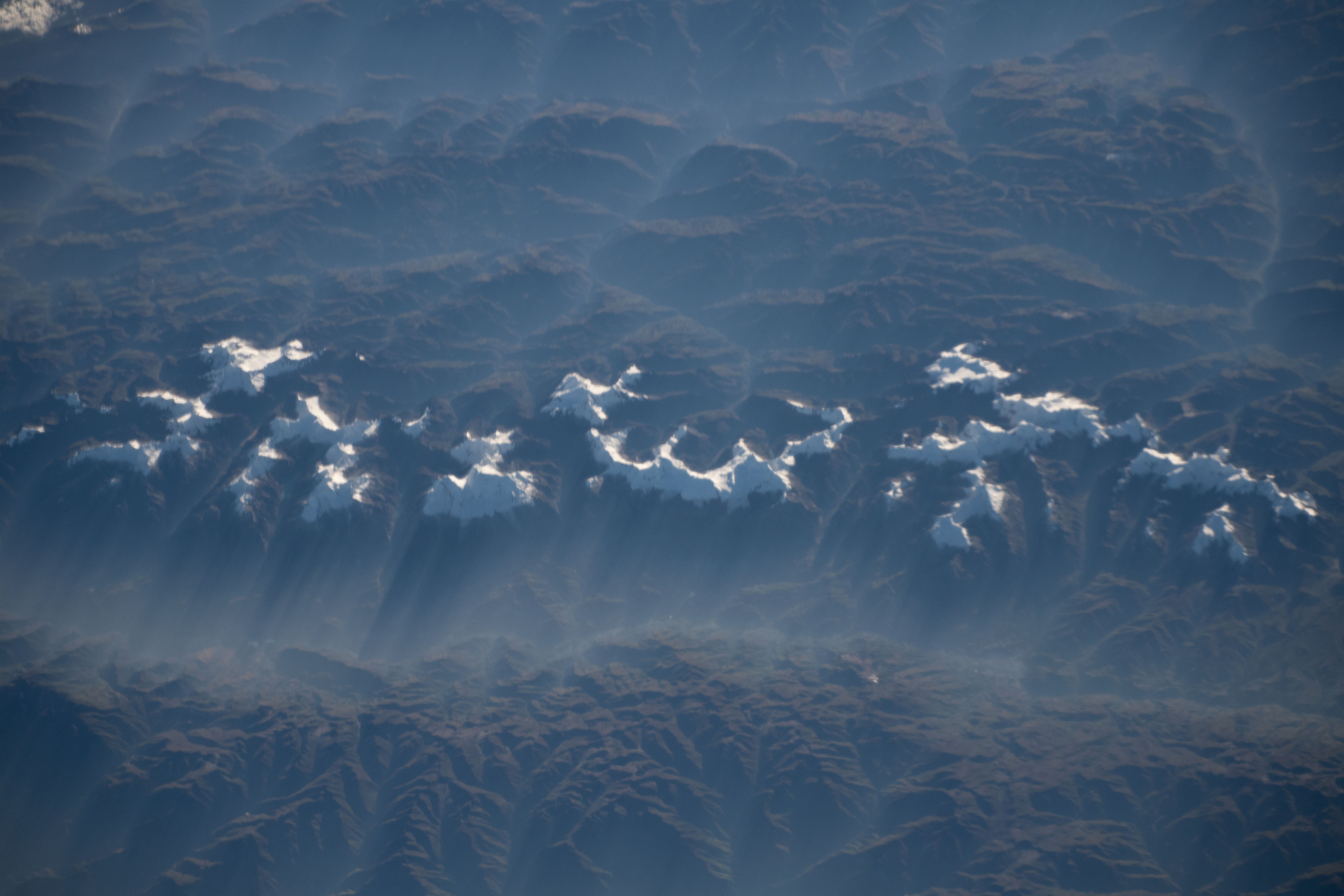 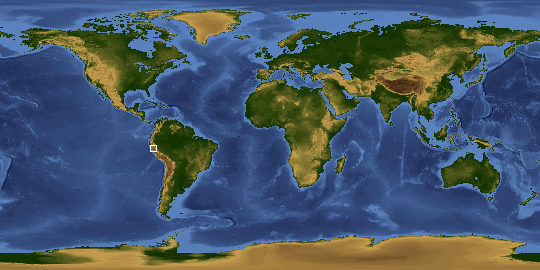 Image Caption: A Misty Morning in the Mountains

When an astronaut took this oblique photograph of a misty winter morning over western Peru's Cordillera Blanca, snow-capped peaks cast long shadows over the valleys.

The highest mountains in Peru are visible, including Huascaran, which soars 6,768 meters (22,204 feet) above sea level. The peaks have been eroded by glaciers into steep curving ridges - known as cirques. With over 700 glaciers, the Cordillera Blanca holds much of the land ice in Peru.

Light fog filled the valleys as the Sun rose. High overnight relative humidity, low surface winds (visualized here), and the morning temperature inversion caused the fog in the lower altitudes. The major mining city of Huaraz is barely visible under the fog cover, but the light color of the Pierina Mine, an open pit gold mine, stands out from the darker land surrounding it.