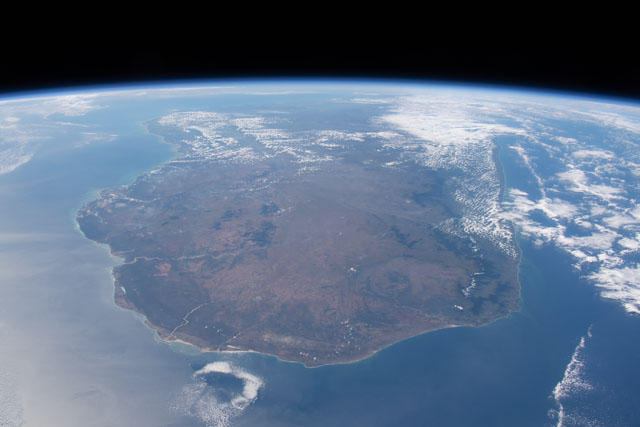 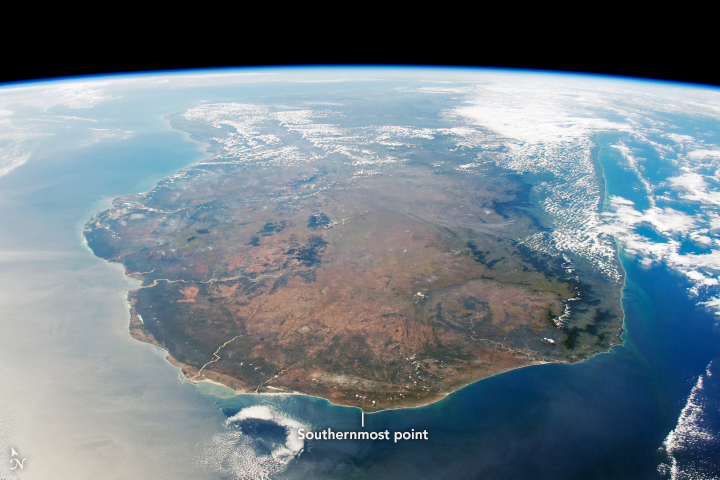 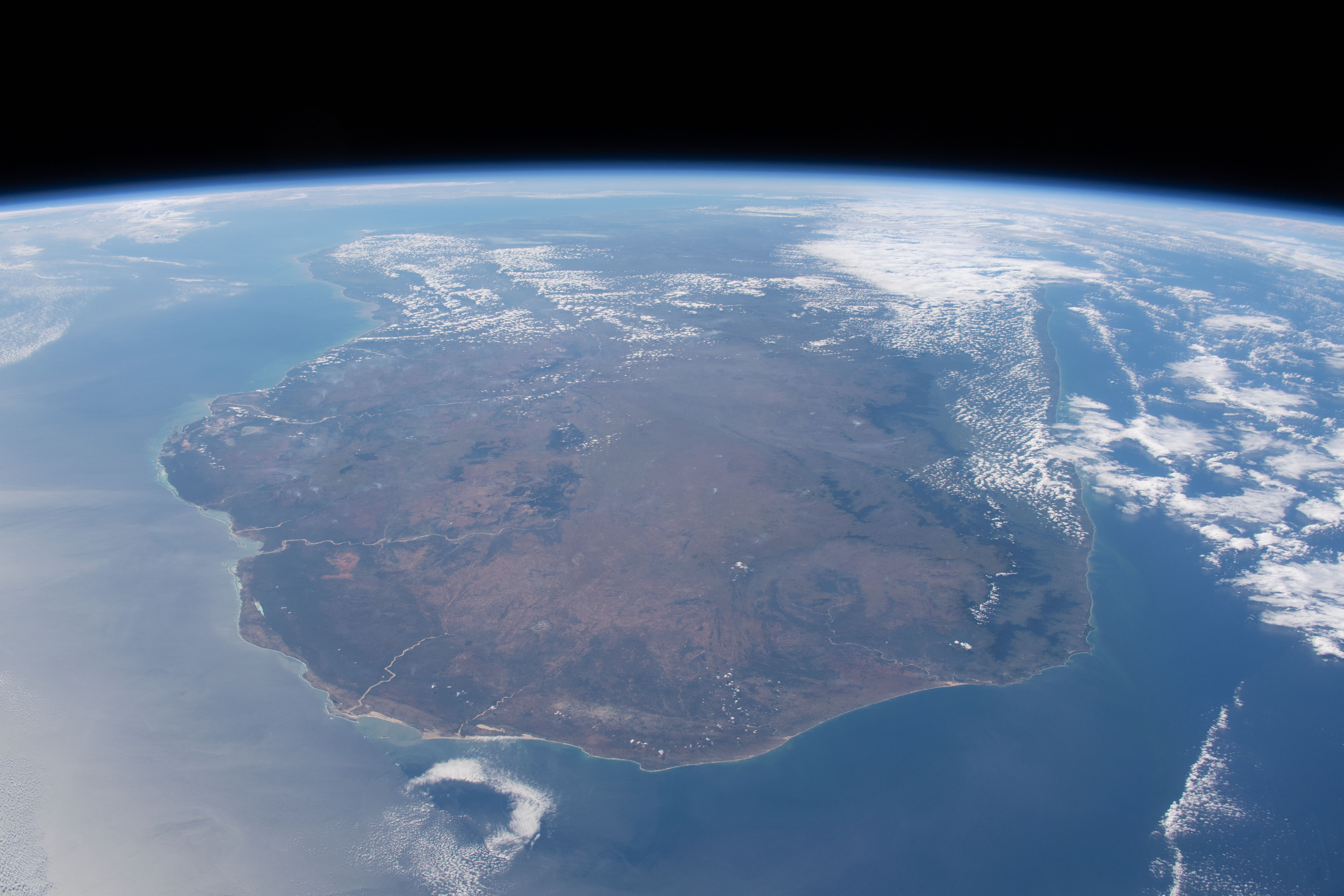 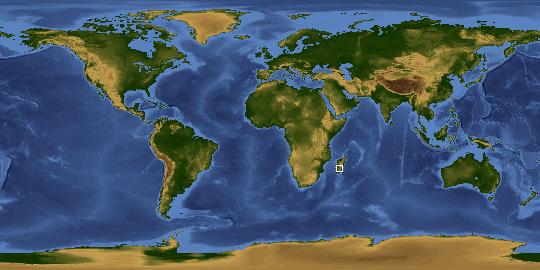 Both of these photos of Madagascar were taken from the International Space Station (ISS) by astronauts using handheld digital cameras. The first photo was taken using a 10 millimeter lens, sometimes called a fisheye lens. The second was captured using a 58 millimeter lens, making this field of view slightly more zoomed in than what a human eye sees. For comparison, a smartphone camera usually has a field of view equivalent to a 24 to 30 mm lens on a Digital Single Lens Reflex (DSLR) camera.

Smaller lens sizes are helpful when astronauts want to photograph broad geographic regions on Earth. The first photo captures the entire island of Madagascar as viewed while looking down through the round center window in the ISS Cupola. The optical design of the small lens size causes Madagascar to appear distorted in comparison to a geometrically corrected map view. Spacecraft parts, including a docked Russian Soyuz capsule and the ISS solar panels, appear around the photo perimeter.

The whole island is captured in both photos; however, the northern end of Madagascar is indistinguishable in the 58 mm shot due to cloud cover and the highly oblique viewing angle. Since the fisheye lens has a much wider field of view and was used when ISS was directly over the island (indicated by the spacecraft nadir label on the image), all of Madagascar was captured in a single but more visibly distorted shot.