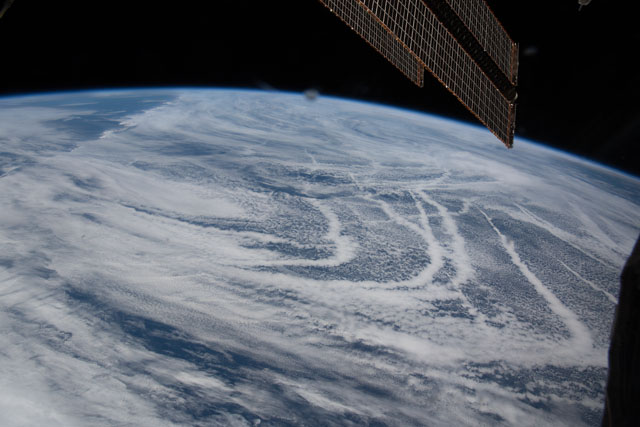 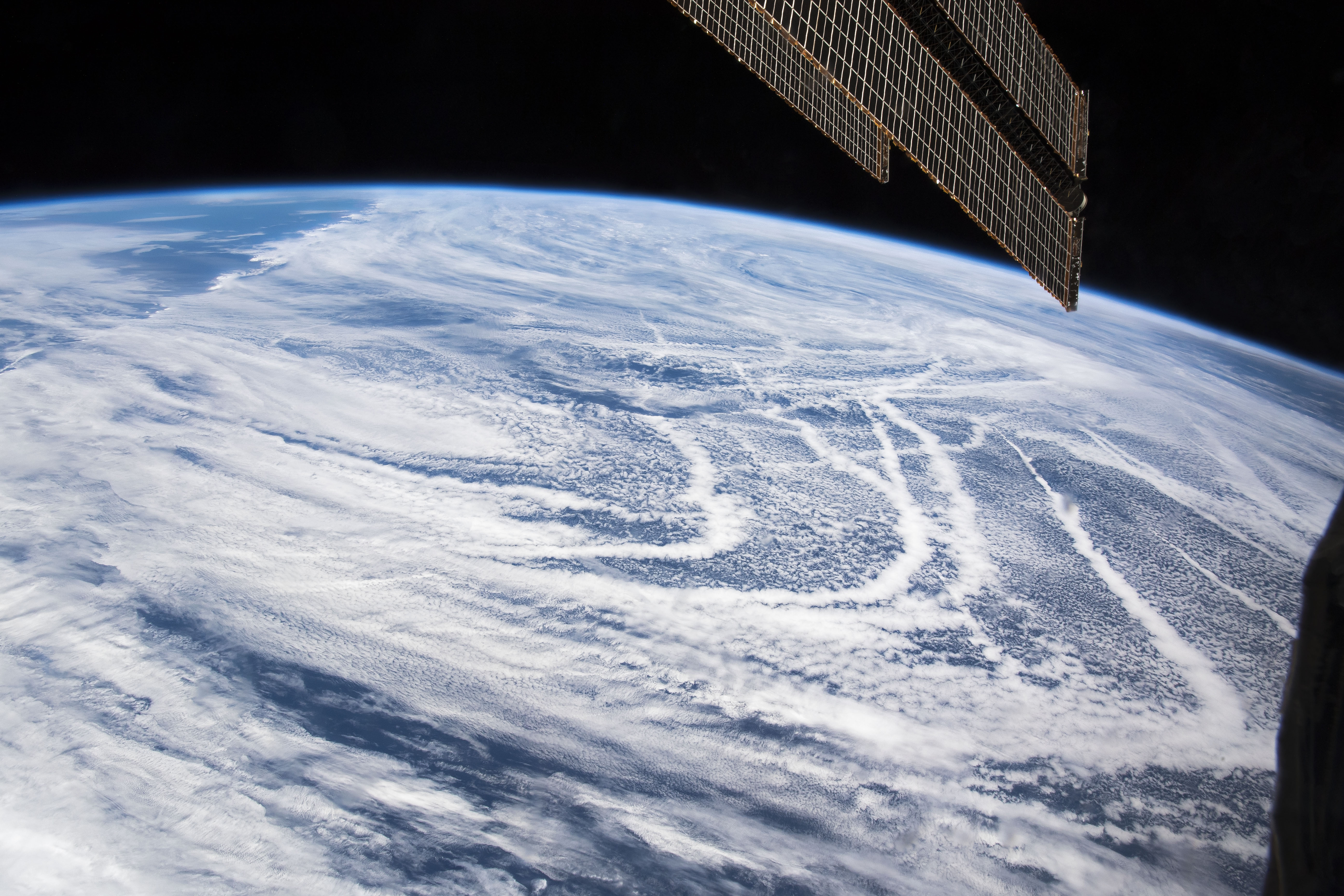 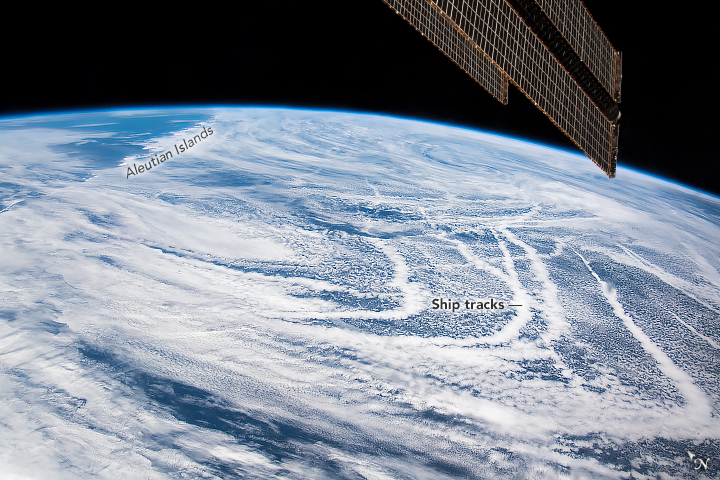 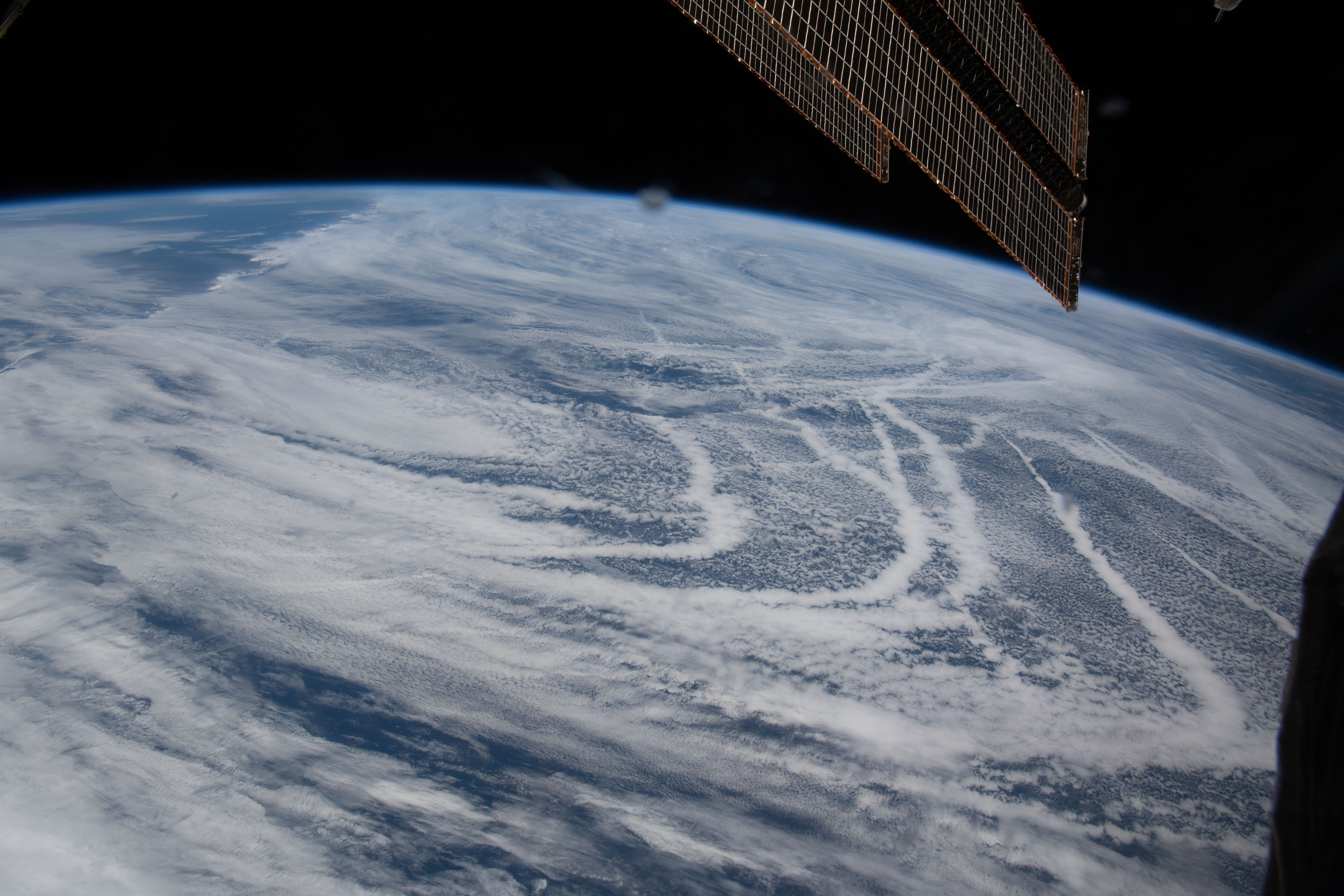 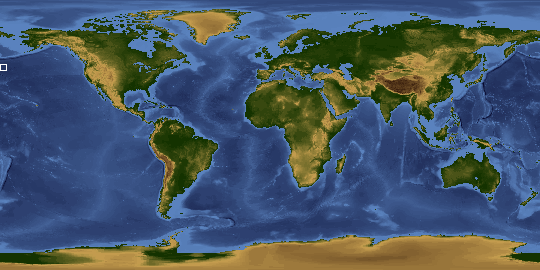 Using a short lens to give a wide view, an astronaut on the International Space Station (ISS) focused on at least a dozen thin lines stretching across the North Pacific Ocean near the Aleutian Islands. The thin lines were first interpreted to be contrails, but a former Naval oceanographer (now an ISS payload scientist) in the NASA's Earth Science and Remote Sensing (ESRS) office recognized them as ship tracks. A solar panel of the ISS cuts into the top right of the photograph.

Ship tracks generally form under stable, fairly calm atmospheric conditions where there is a temperature inversion (warm air above the layer of cooler air). Particles emitted from the smoke stacks of ships are carried up into the atmosphere and act as cloud condensation nuclei in the low-level clouds. Water molecules cling to these particles and make smaller and denser cloud droplets within stable marine-layer air masses. The cloud lines trace out the curved trajectories of ships. This is a well-known phenomenon to scientists and weather forecasters who study the atmosphere and aerosols.

Under light wind conditions, ship tracks can remain visible for many hours. The same cloud patterns and ship tracks were also visible that day in imagery from the MODIS instrument on NASA’s Terra satellite.