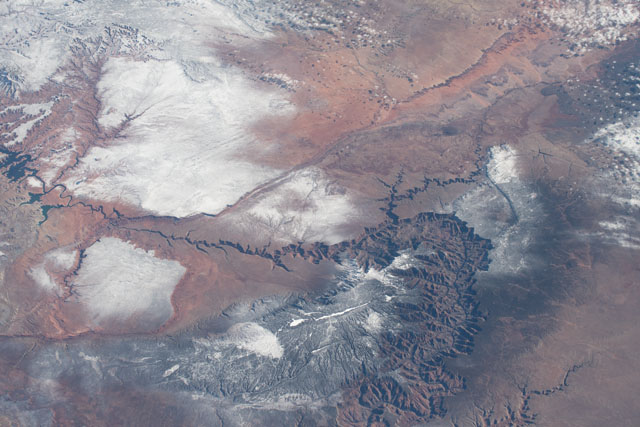 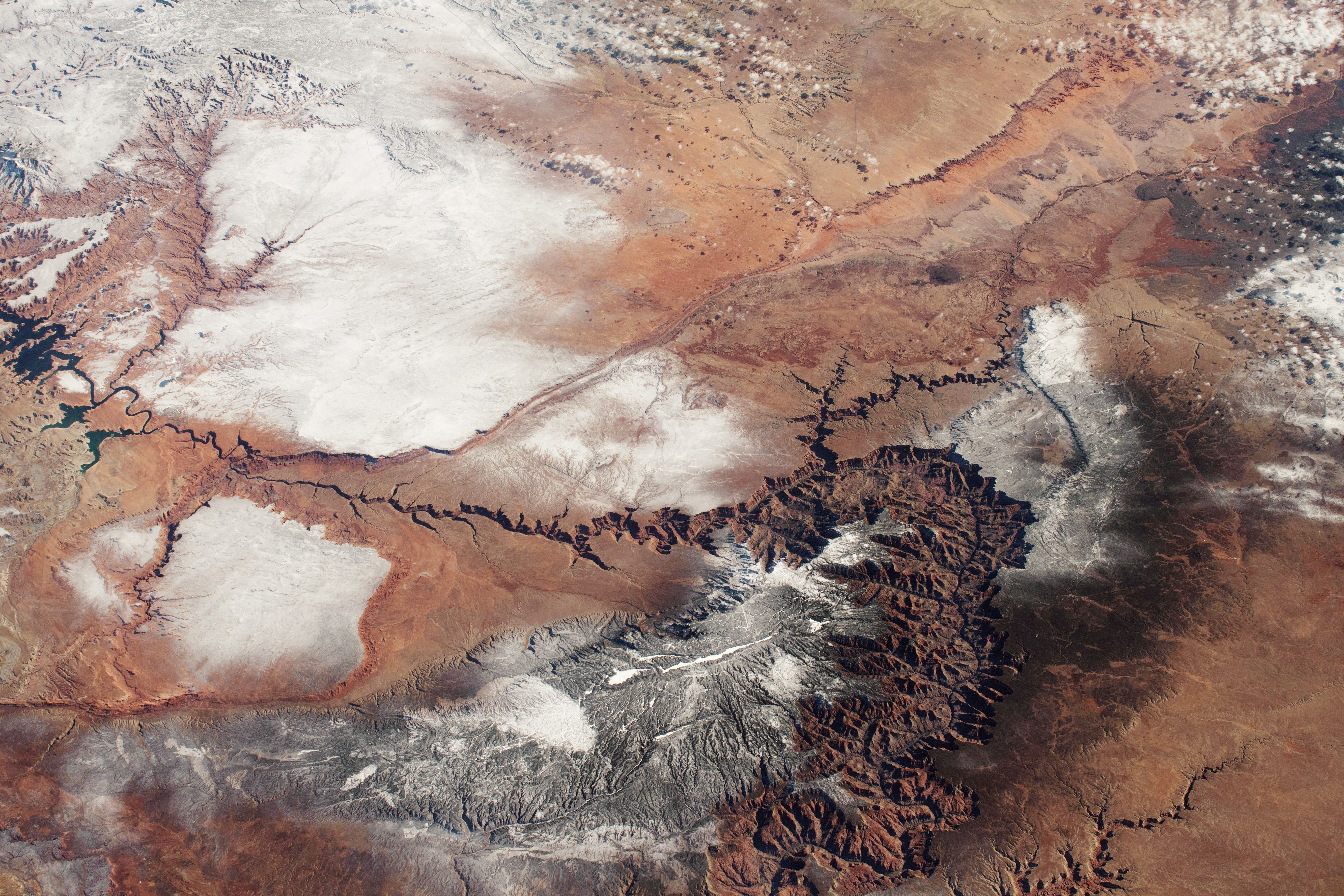 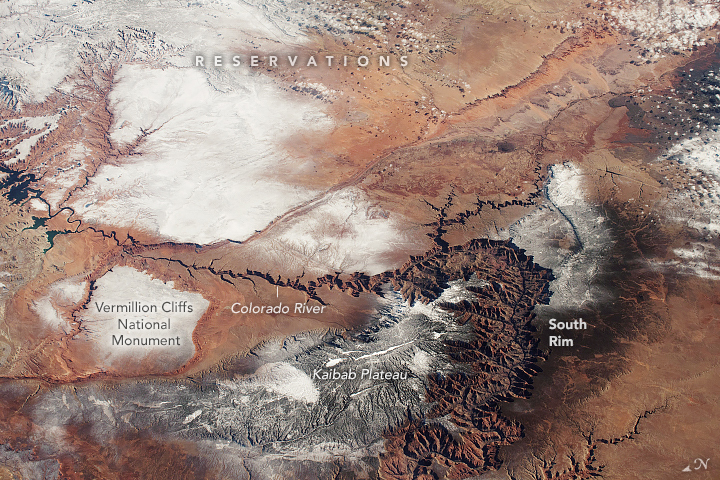 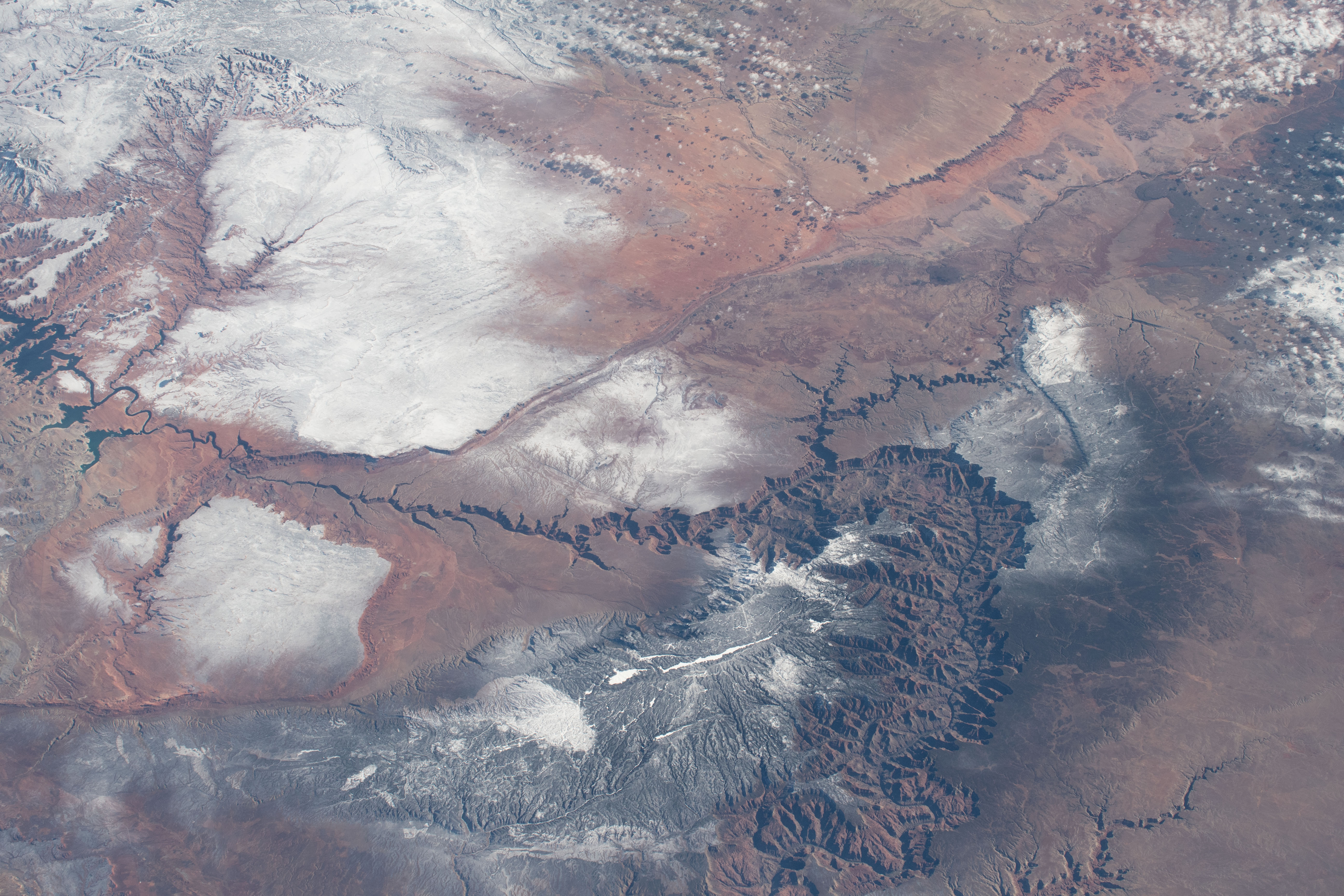 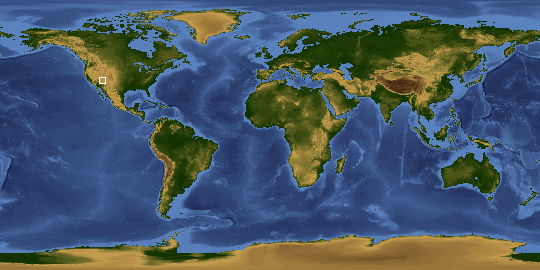 On a bright winter's day, an astronaut aboard the International Space Station (ISS) focused a camera on the Grand Canyon and surrounding snowy landscapes in northern Arizona, many of which are federally protected lands. The Native American Indian reservations and the Vermillion Cliffs National Monument. Snow that fell at warmer, lower elevations - inside the Grand Canyon or in the parts of the nearby desert - melted quickly or did not reach the ground.

Dense greens are another feature that help astronauts understand the landscapes they see from space. In the desert southwest of North America, higher elevations get more rain and snow. Thus the high Kaibab Plateau is wet enough for forests to thrive, while the main colors of the low country are browns and tans of rocks and desert soils.

Astronauts also get some sense of topography from shadows and sunlight. This image was taken from an orbital vantage point over Las Vegas, nearly 400 kilometers (240 miles) to the west. The view is oblique enough to give a slightly three-dimensional view, especially from shadows like those cast by the Grand Canyon cliffs and the narrow canyons around the Colorado River.

The same snow-covered and snow-free features can be recognized in this more vertical view shot the following day. This summertime view shows the area without snow.