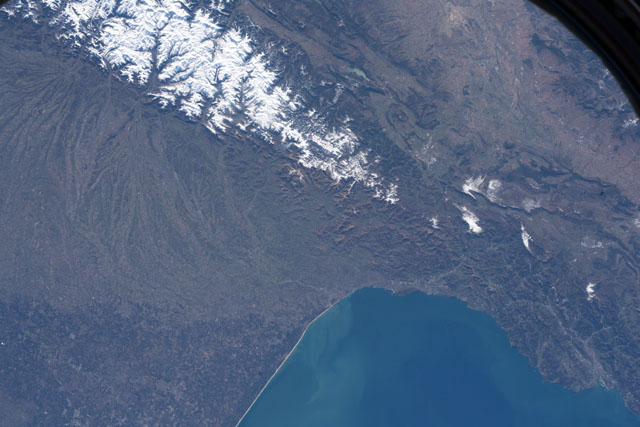 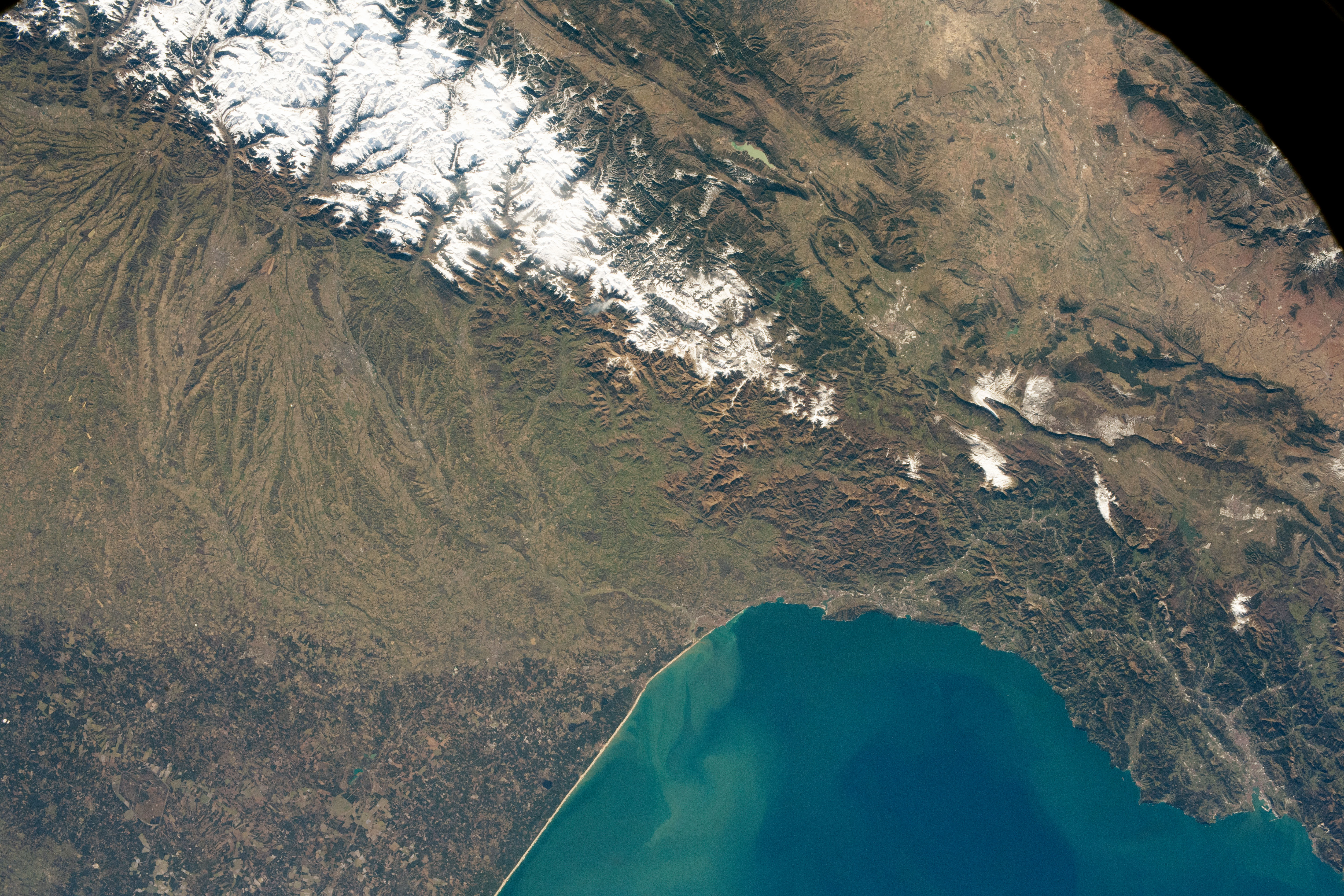 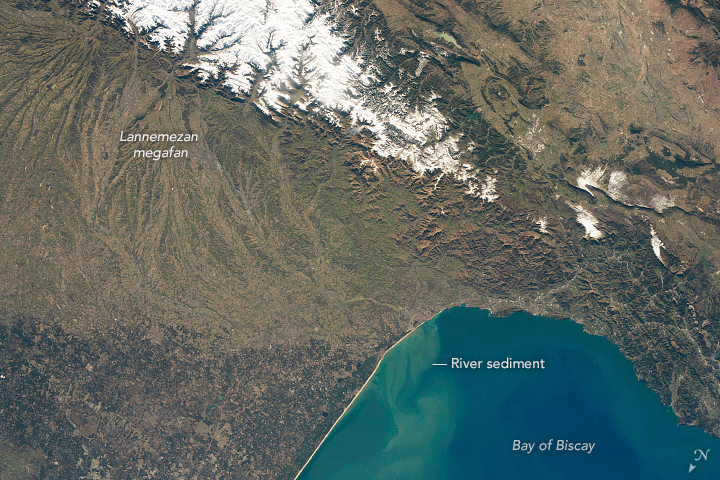 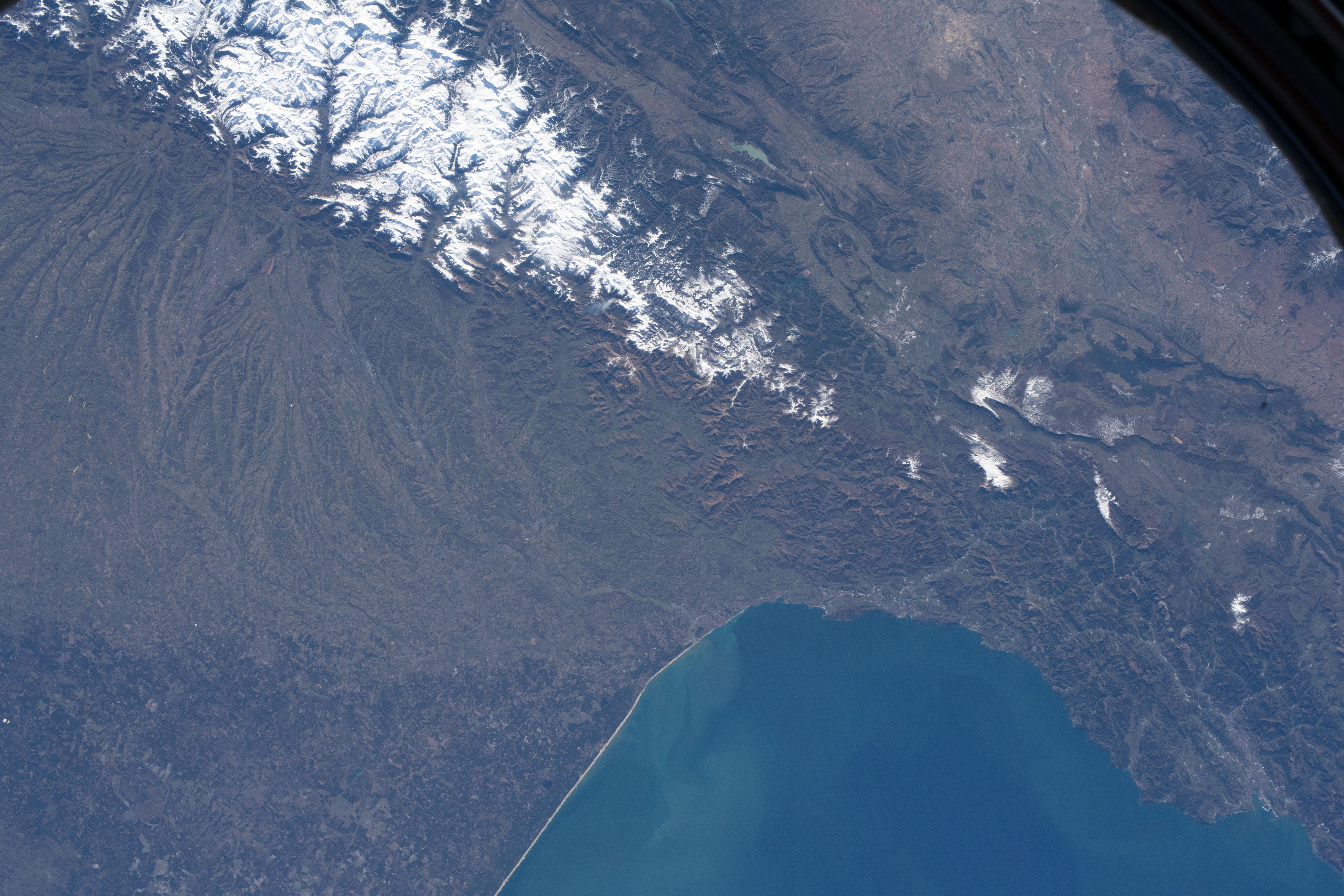 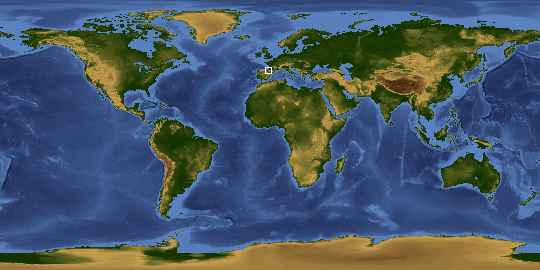 An astronaut on the International Space Station (ISS) shot this photograph of the Pyrenees Mountains covered in snow on an early morning in February 2019.

The Pyrenees range stretches 430 kilometers (270 miles) from the Bay of Biscay in the Atlantic Ocean to the Mediterranean Sea, acting as a natural border between France and Spain. The central portion of the Pyrenees includes the highest summits of the range, with a maximum elevation of 3,404 meters (11,168 feet). It is also home to several small glaciers. The western Pyrenees typically receive greater precipitation than the eastern Pyrenees due to moisture blowing in from the Atlantic Ocean.

During the transition from winter to spring, glacial melt, snowmelt, and rainfall mobilize the sediment on the mountain slopes - a process that erodes the mountain peaks over geologic time. The sediment is carried down the slopes and carried further by rivers; some of that sediment is deposited into the Bay of Biscay.

A prominent feature of this region is the Lannemezan Megafan. This megafan started forming about 23 million years ago, when the region had a much wetter climate than today. Rivers cut into the mountain range and carried eroded sediment along the way. When those rivers reached the lower slopes at the base of the mountain, they spread out and deposited the sediments on the flat plains in a fan-shaped formation. The megafan is now abandoned, but still remains as a striking display of the fluvial history of the region.